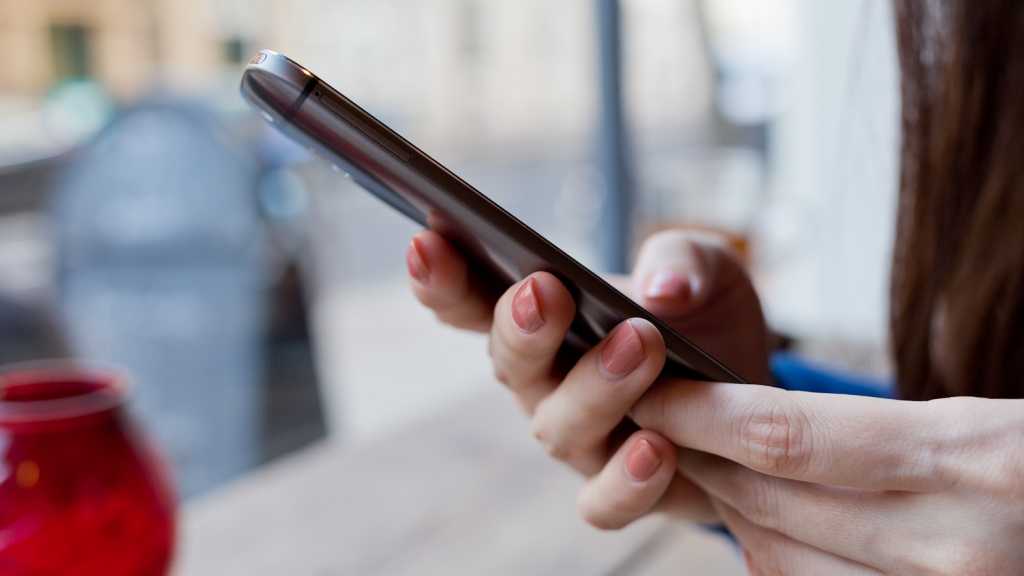 It was reported toward the end of last year that Google would update its Gmail for Android app and introduce ‘Block’ and ‘Unsubscribe’ options to the Settings menu for individual emails. This is great news, and should make it much easier to block an email or unsubscribe from an email in a couple of taps, but we’ve yet to see the update filter through to the app. In the meantime, we’ll show you how to block or unsubscribe from email on an Android phone or tablet. Also see: What’s the best free email service?

If you’re looking for a way to block spam messages from Gmail for Android, it’s important to first differentiate between spam messages and those emails from companies you have perhaps unwittingly authorised to send you marketing information at some point in the past.

When you mark an email as spam it stops that message being a problem for you, but it can cause problems for others down the line. Marking an email as spam flags it up to Google, which will investigate if it gets multiple complaints about the same domain. If Google decides to act on it that address could become blacklisted, which clearly affects more people beyond you.

If you’ve ever bought any goods or services online then you will know exactly what we mean by email that is annoying but not spam. You more than likely neglected to remove a tick box at checkout, thereby authorising them to send you marketing information by email. It’s irritating and you want it to stop, but marking this email as spam is not the answer. Also see: How to undo send in Gmail.

How to unsubscribe from spam email in Android

If an email is sent from a legitimate company, there should be an unsubscribe link somewhere within it. This might be right at the bottom of the email, and it might be in tiny print, but we bet you it’s there. Unsubscribing from these emails is a much better solution than marking them as spam because it stops them being sent to you in the first place, rather than blocking them once they have been sent. 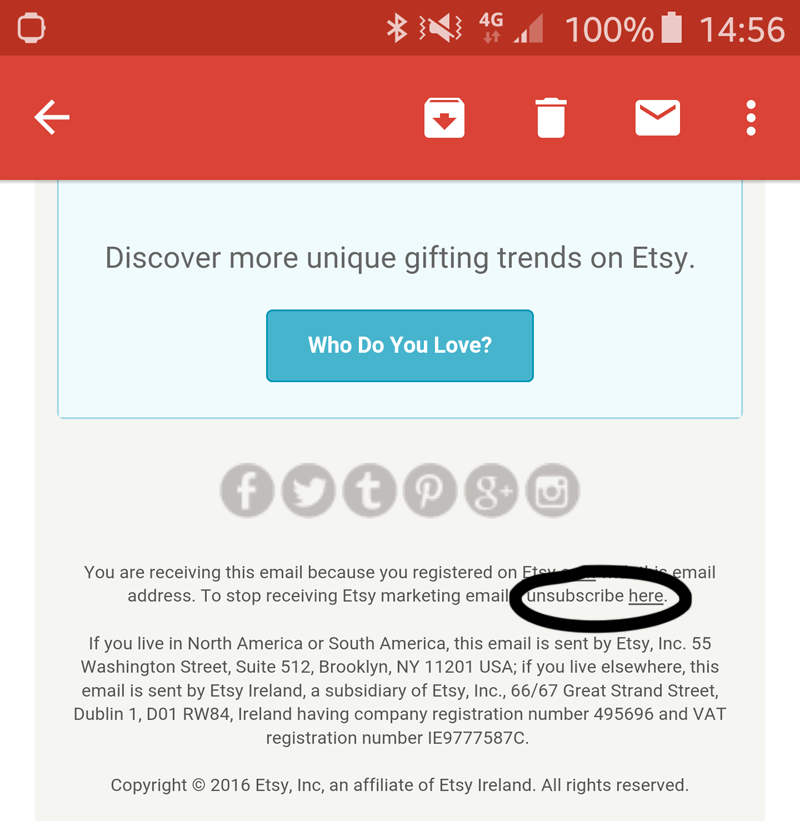 To unsubscribe usually all you need to do is click the Unsubscribe link. This will open the browser on your Android phone or tablet, which should confirm that you are now unsubscribed from that newsletter. Some sites may require you to log into your account to adjust your account preferences. 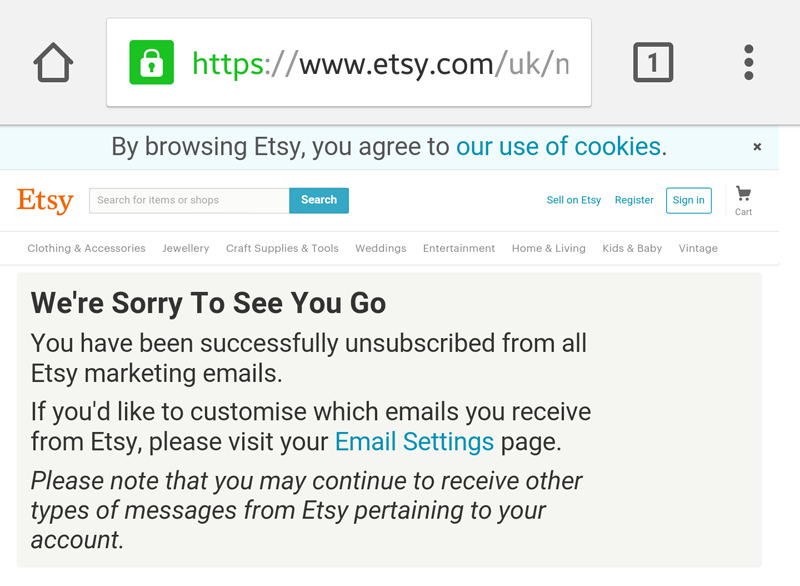 If you continue to receive messages from the company having unsubscribed from their newsletters, feel free to go ahead and mark those messages as spam. We’ll explain how to do so below. Also see: What does Google know about me?

How to block spam email in Android

If you’re frequently getting messages from a company you know you’ve never dealt with or given permission to email you, these are more than likely spam. Reporting it as such within Gmail for Android is easy.

To report a Gmail message as spam either open it or tap and hold it in the conversation list pane to select it, then tap the three vertical dots icon at the top of Gmail and choose ‘Report as spam’. It’s that easy. 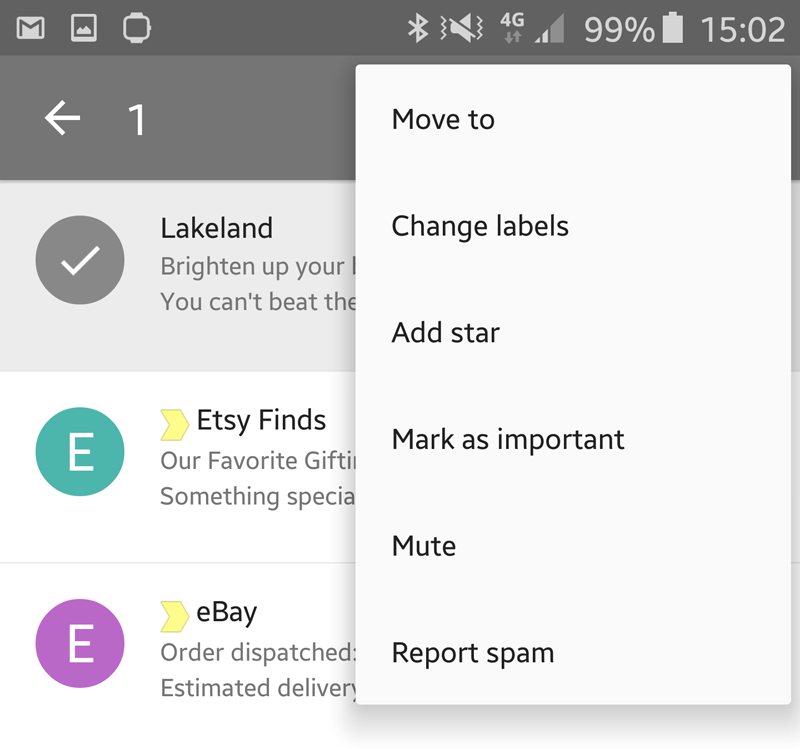 (For the record we are not saying Lakeland is sending us spam messages, we are merely it as an example.)

From now on messages from that sender will still be delivered to your phone or tablet, but they will land in your spam folder and you won’t receive a notification. After 30 days they will automatically be deleted.

It will be up to Google to investigate messages marked as spam and to take appropriate action.

How to block Gmail messages from specific senders

If you have access to a desktop browser in which you can view your Gmail messages (on a PC, laptop or tablet), there is also an option to block messages from a specific sender. Open the email in the desktop version of Gmail and click the downward arrow icon to the top right of the Gmail message. Here you’ll find an option to Block “X”, where X is the sender of the email. Tap this to stop them sending you spam messages in the future.