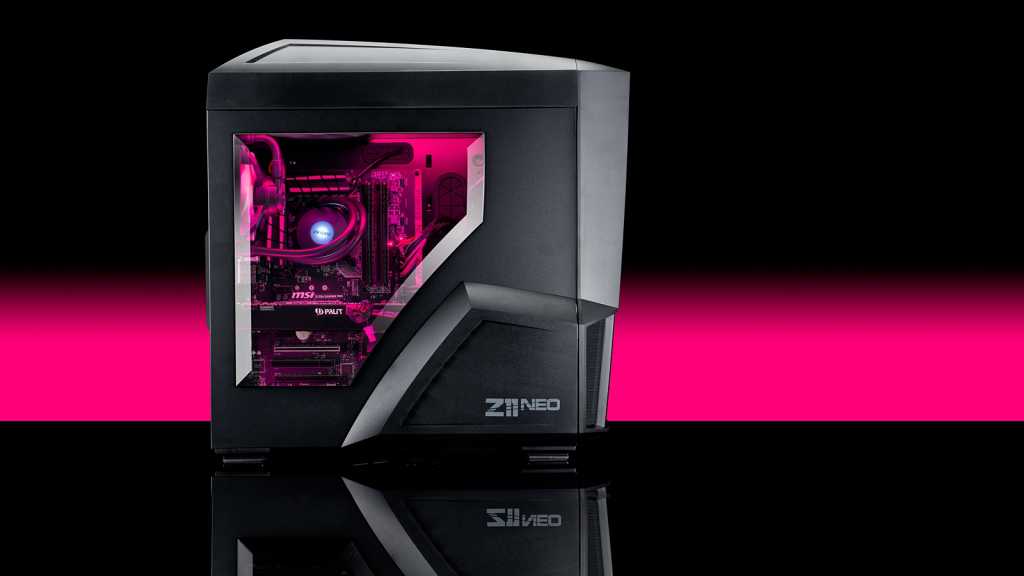 2016 was undoubtedly the year of VR, with the likes of the Oculus Rift, HTC Vive and PlayStation VR all released around the world, allowing high-end VR in the home for the first time. But while you may be prepared for the high price of the headset, you might not realise you need a mightily powerful PC to use one.

(For those wanting to try VR on a budget, see our guide on making your own smartphone VR headset with Google Cardboard.)

Until just before the VR headsets launched, even PC builders didn’t know exactly what the minimum requirements were for VR gaming. But now that the headsets are now available to buy, and that Nvidia has launched its ‘VR Ready’ program, buyers will be able to look out for the label to be reassured that the laptop, graphics card or PC they’re buying will be able to cope with the demands of VR gaming.

Most people don’t realise that VR games require seven times the graphics power of normal 3D games. This is because the graphics card has to deliver two different high-resolution images to both eyes at 90 per second.

So what hardware do you need?

If you’re talking about a PC, it will need to have the following specifications (or better) to drive an Oculus Rift and produce a ‘great experience’:

These are not minimum requirements, but recommended specs. You may be able to get away with a less powerful CPU, for example, but it’s inadvisable to do so as developers are also working with these specifications to ensure games run well. And if you’re going to spend a lot on a VR headset, you really need to have a computer that’s powerful enough to run it.

Also, bear in mind that most laptops’ HDMI outputs are connected to the on-board Intel graphics and not the discrete Nvidia or AMD GPU. So if you are buying a laptop for VR use, make sure it has a compatible HDMI 1.3 output that’s actually coming from the separate graphics chip.

Gamers will want to check out PlayerUnknown’s Battlegrounds.

Update (5/1/2017): While up until now VR has required a high-end gaming PC, Nvidia’s latest announcement could change it all. Announced during CES 2017 in Las Vegas, Nvidia GeForce Now for PC and Mac is a new cloud-based gaming service that looks to handle all the processing power required to play games remotely using Pascal-series graphics cards. While this means that low-end PC gamers and Mac gamers can access high-end AAA games, it also opens the doors for those interested in VR.

While information is scarce at the time of writing, Nvidia’s GeForce Now introduction video teases support for VR games. If true, this could possibly mean that users can buy a relatively cheap PC and still be able to run the latest VR games. We’ve reached out to Nvidia for clarification, and will update this section accordingly when we get more information.

How much does a VR PC cost?

If you’re buying a new PC, it’s going to set you back around £1500 and that’s without a monitor. However, that’s with top-end components. You can get a PC (also without a monitor) that meets the recommended Nvidia / Oculus requirements for around £800. But when you start adding SSDs, extra hard drives, better sound cards and other components you’re likely to want, expect to pay £1000.

But if you’re upgrading your current PC, you may only need a new graphics card if your other components are those on the recommended list, or are already higher in spec.

RAM is currently cheap, so 8GB can cost as little as £30, which means it’s sensible to go for 16GB if you can. That’s DDR3 pricing of course. DDR4 is a bit more expensive, at around £45 for 8GB.

The CPU isn’t cheap: an i5-4590 will set you back £160, but you’ll need a motherboard and cooler if your current components won’t accept an LGA1150 processor.

The bottom line is that a VR-ready PC or laptop isn’t cheap, but a PC is certainly the best option: it’s cheaper and upgradeable. Laptops, or more precisely laptop graphics, aren’t upgradeable, so unless you specifically need a portable VR gaming setup, buy a PC.