Far Cry Primal is the latest game in the Far Cry series, but offers something totally different to the hugely popular Far Cry 4 which launched back in November 2014 on PC, PlayStation 4 and Xbox One. Instead of running around, liberating bases and gunning your enemies down from afar, gamers find themselves in the Monolithic era using spears and clubs, whilst taming pre-historic animals to their advantage. Here, we discuss what exactly Far Cry Primal will offer, along with its UK release date, pre-order information, gameplay videos and information on how to play Far Cry Primal at midnight tonight.

So, what exactly is Far Cry Primal? First things first, we need to say that Far Cry Primal is a completely different game to Far Cry 4 which launched at the back-end of 2014, and not just a re-skin of the existing game. With this being said, gamers find themselves playing as Takkar, a ‘Beast Master’ in the early Monolithic era that was separated from his original tribe, and has to now lead a new tribe through the valley of Oros, where the game is situated. Environments within Oros are hugely varied, from dark, damp caves to snowy peaks and vast, vibrant forests, all with unique characteristics and animals. The basic idea is to free hostages dotted around the map to build up your tribe and become the alpha male of Oros, as far as we can tell anyway (a large portion of the main storyline hasn’t been discussed).

As it’s set in the Monolithic era, there are no guns or vehicles, as you’d have probably guessed. Instead, heavy focus is put on crafting your own (rather basic) weapons including spears, clubs and a bow & arrow, as well as taming animals. Once an animal has been tamed, it can fight alongside you in battle and give you the edge against attacking tribes, with each animal offering a unique set of skills.

Direwolves will alert you to nearby enemies by growling, and will aggressively attack while the Cheetah is much quieter, and will stay out of sight in stealthier situations. There are many other animals to tame too, including a Woolly Mammoth and even a Honey Badger. Yep, you read that right, a Honey Badger. You’ve also got access to an Owl that allows you to scout the area from above, giving you a unique opportunity to highlight enemies without entering combat. The owl can even drop bombs and command animals to attack specific enemies, all without Takkar getting close to the action.

Take a look at the Far Cry Primal video above for more information, or scroll down to take a look at a handful of pre-release alpha gameplay videos. 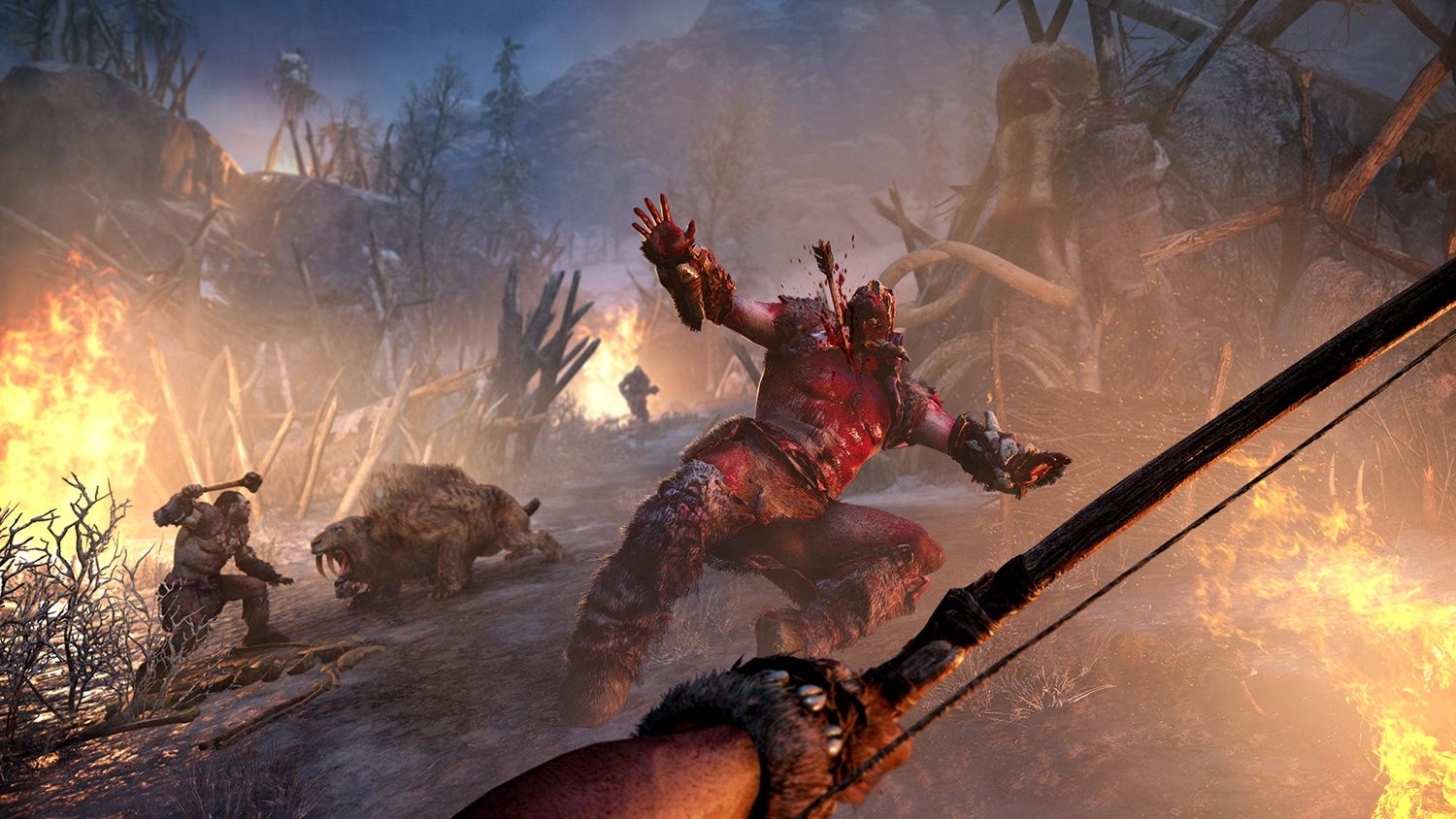 Read next: Best gaming laptops of 2016

Far Cry Primal UK release date and platforms: When will Far Cry 4 be released in the UK?

So now you’ve heard a little bit about Far Cry Primal, the next question is “Which platforms will Far Cry Primal be available on?” and while we’ve got the answer, some gamers may not be very happy. While Ubisoft has confirmed that the game will be headed to PS4, Xbox One and PC, last-gen gamers (PS3 and Xbox 360) are missing out on the action. Though there is no official reason for not supporting the older consoles, we imagine that it has something to do with the hardware required to power the game, as it’s a pretty big open world and graphically hungry.

With regards to a release date, Far Cry Primal will be released in the UK on 23 February 2016 for the PS4 and Xbox One. PC gamers have to wait a little longer, as the game comes out a week later for the PC, on 1 March 2016.

Game is offering a special edition for PS4 and Xbox One that includes an exclusive set of missions named the “Legend of the Mammoth”, unavailable to anybody else. The extra content features three missions, as well as the ability to play as the mammoth itself, and offers up to 45 minutes of additional gameplay.

Here are a handful of Far Cry Primal gameplay videos we’ve found on YouTube, and they look pretty impressive: