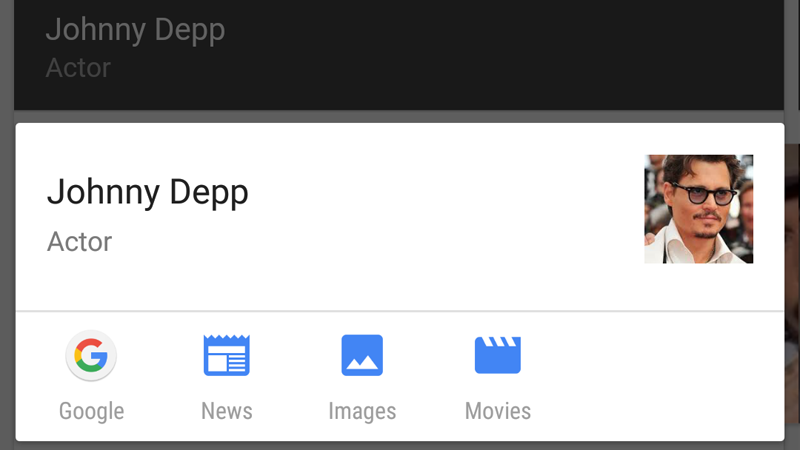 How to turn on Now On Tap

Now On Tap offers quick information on whatever you happen to be looking at without you needing to leave the app to perform a Google search. To use it you’ll need a smartphone or tablet running Android Marshmallow, which for now includes only Nexus devices.

Provided you have a Nexus phone or tablet with Marshmallow, launch an app (we launched Maps) and press and hold the Home button. If you’ve never used Now On Tap a pop-up box will prompt you to Turn it on. Tap the Turn on button to do as it requests. Also see: How to uninstall apps from Android Marshmallow. 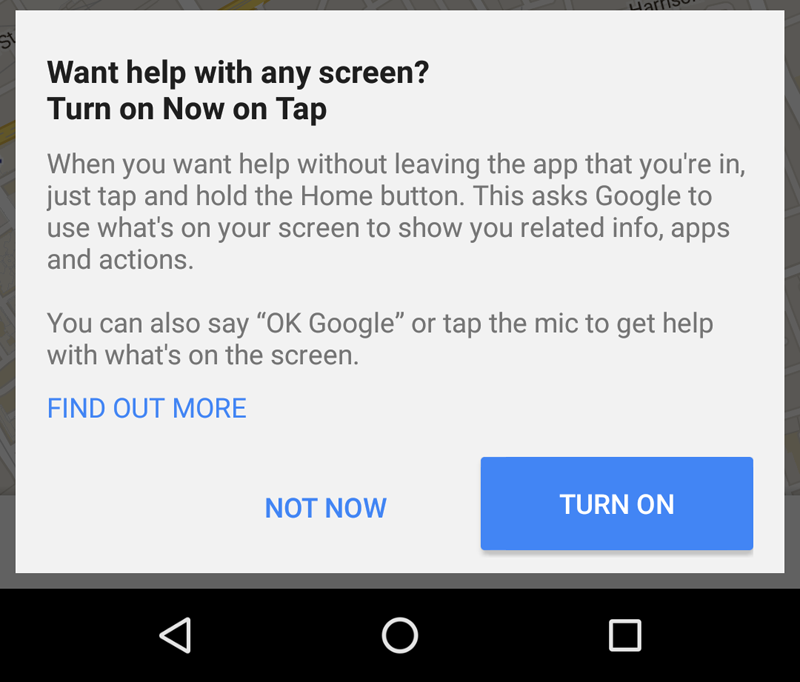 How to turn off Now On Tap

If you’ve turned on Now On Tap but find it annoying, it’s easy to turn it off. Just open the Google app on your phone, select the three horizontal lines icon and choose Settings. Tap Now cards, then turn off Now On Tap. Also see: How to use app permissions in Android Marshmallow.

How to use Now On Tap

Once Now On Tap is activated it is available from any app just by pressing and holding the home button. In essence, it copies what you’re looking at and performs a Google search on your behalf to bring up useful related information.

You can select one of the options Google offers you, or say “Ok Google” or tap the microphone icon to search for different information. Also see: How to create a lock-screen message in Android Marshmallow.

Where to use Now On Tap

Activating and using Now On Tap is easy – but where should you use it?

Any time you’re ever on your phone and think to yourself, oh that’s interesting I must Google that, press and hold the Home button. 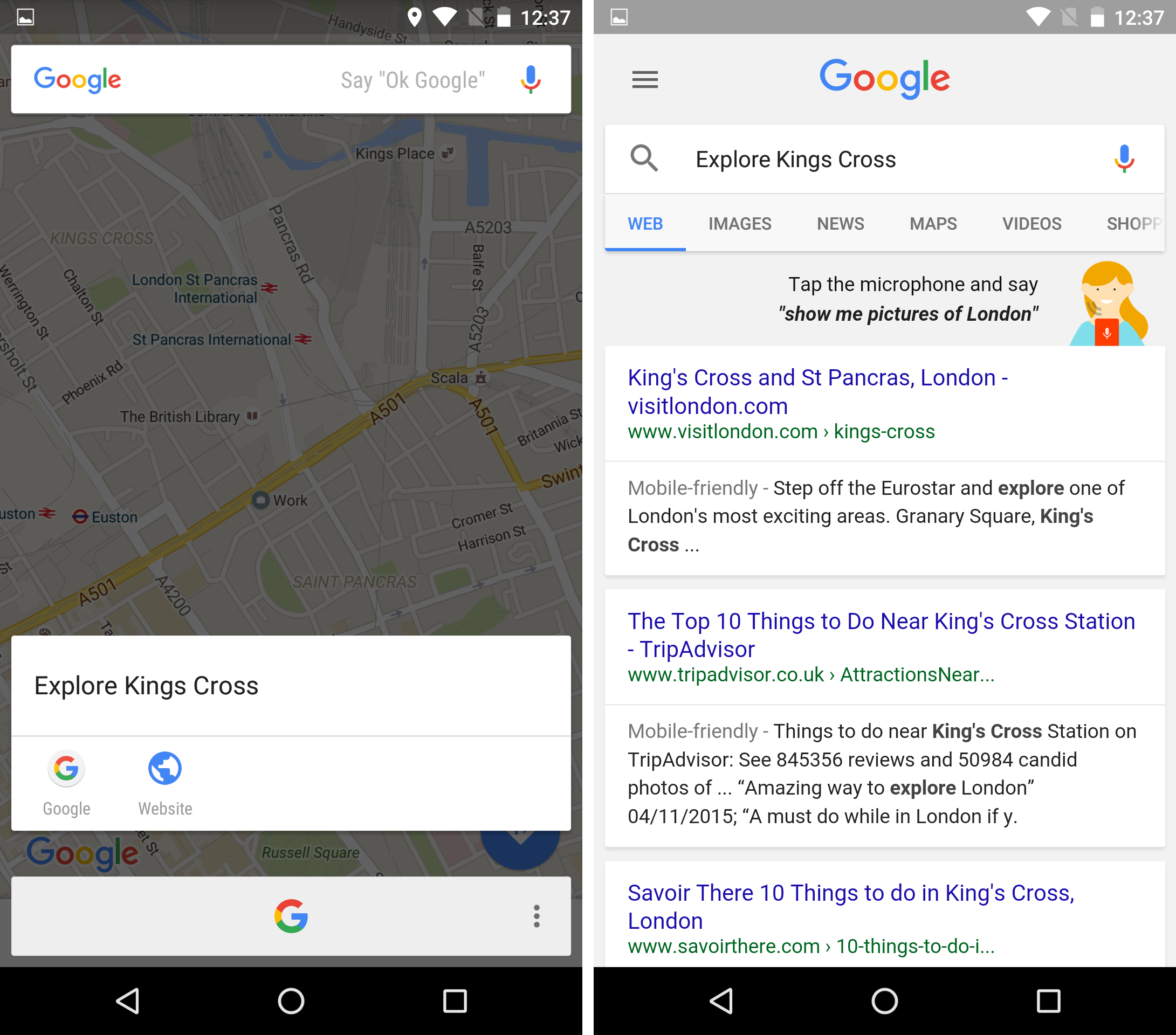 Now On Tap can be useful to:

• To find a restaurant, museum, shopping centre, pub or other point of interest that is mentioned on screen