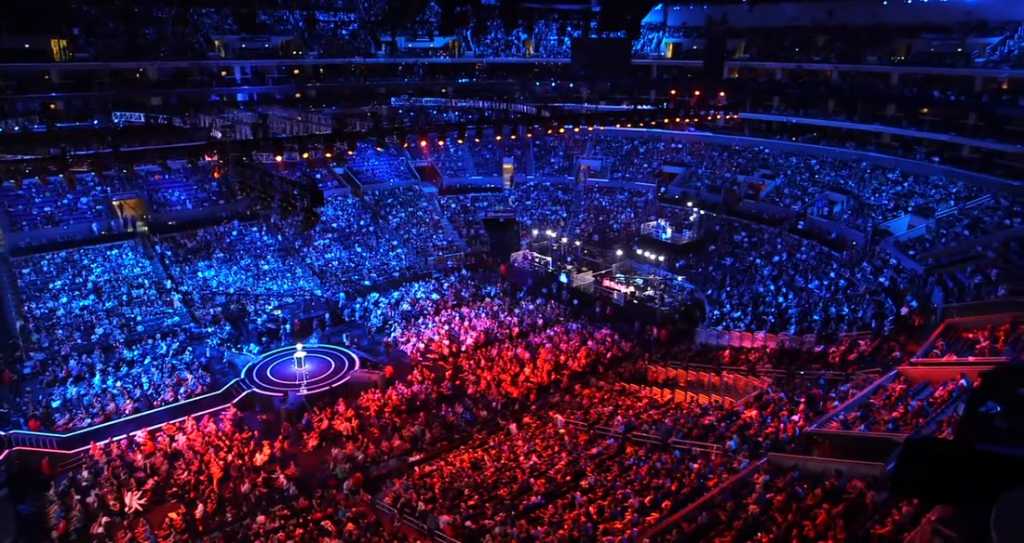 The League of Legends World Championships is one of the biggest eSporting events in the calendar, travelling around the world allowing fans to come and watch their favourite Pro gaming teams battle it out live. Tickets to the events have been sold out for months, so how can LoL fans watch the action? Thankfully, Riot Games will be live streaming the finals for those around the world to watch from the comfort of their own homes. Here, we show you where you can watch the LoL Championship finals from anywhere.

How to watch League of Legends Championships: What’s happened so far?

So, what has happened so far in the League of Legends world championships this year so far? Well the group stages kicked off in Paris at the beginning of October, whittling down the starting 16 teams down to 8 before heading to London’s Wembley arena for the quarter-finals last weekend.

We went along to the Championships in Wembley arena, and the atmosphere was absolutely electric – people cheered and clapped whenever a team member was killed, and the feeling was just like watching a football game when your team scored. Even as someone that doesn’t regularly play League of Legends, we really got into it and it was definitely because of the excitement of everybody else around us. Wembley was full to the brim with LoL fans not only from the UK, but all over the world. The excitement of the LoL championships speaks to a wide range of people, a range reflected by attendees of the event.

The quarter-finals at Wembley whittled the eight remaining teams down to the final four who went head to head in the semi-finals in Brussels last weekend, October 24-25: Origen vs SKT and Fnatic vs KOO Tigers. SKT, the number one team world in the moment beat Origen for their place in the finals and underdogs KOO Tigers beat European favourites Fnatic, which should make for an exciting final match this weekend in Berlin, Germany.

How to watch League of Legends Championships: When/where are the championships taking place?

As mentioned above, the next stage of the League of Legends World Championships will be taking place in Berlin this Saturday, October 31. Fans looking to go along may be out of luck as tickets are completely sold out – but don’t fret, as the championship final will also be live streamed. The match is set to kick off at 12pm GMT so make sure you head back here to join in the action.

As mentioned, the tickets to go along to the League of Legends World Championships in Berlin are completely sold out – you can still go along to check out the amazing cosplay outside the arena, but that’s about as far as you’ll be able to go. Don’t be disheartened though, as each match will be live streamed to allow fans all around the world to root for their favourite team.

We’ve included an embedded video below, so all you need to do is head back to this page tomorrow to watch all the League of Legends World Championships action!