It’s 21 October 2015, the date to which Doc and Marty travel in Back To The Future Part II. We aren’t all driving around in flying cars just yet, but hoverboards are actually starting to take off (pun intended). The films are coming back to the big screen for one day only – Wednesday 21 October – and there’s also a 30th Anniversary box set you can buy which has new videos and more. Here’s what you need to know to celebrate ‘Back to the Future Day’.

How to watch Back to the Future on 21 October

Universal isn’t about to pass up an opportunity to make more money from BTTF, so it’s hardly surprising that you’ll be able to catch part II, a double bill of the first and second films or even the whole trilogy on Wednesday 21 October at your local cinema. That’s six hours of movie for the price of one ticket! 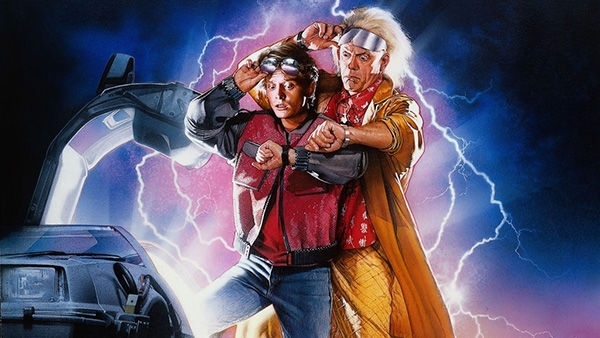 Cineworld, for example, is showing the 342-minute trilogy from 6pm across the UK. (Click the links to go straight to the booking pages.)

Odeon is also showing the full trilogy at a few cinemas, but many more Odeons will show a double-bill of part 1 and part 2.

Vue is also getting in on the action but Curzon, oddly, is showing only part 2 only at Sheffield.

On DVD or Blu-ray

You can also buy the film on DVD and Blu-ray, and there’s a special 2015 30th Anniversary Trilogy or, if you have money to burn, a special 30th anniversary steelbook edition which costs £72.99. 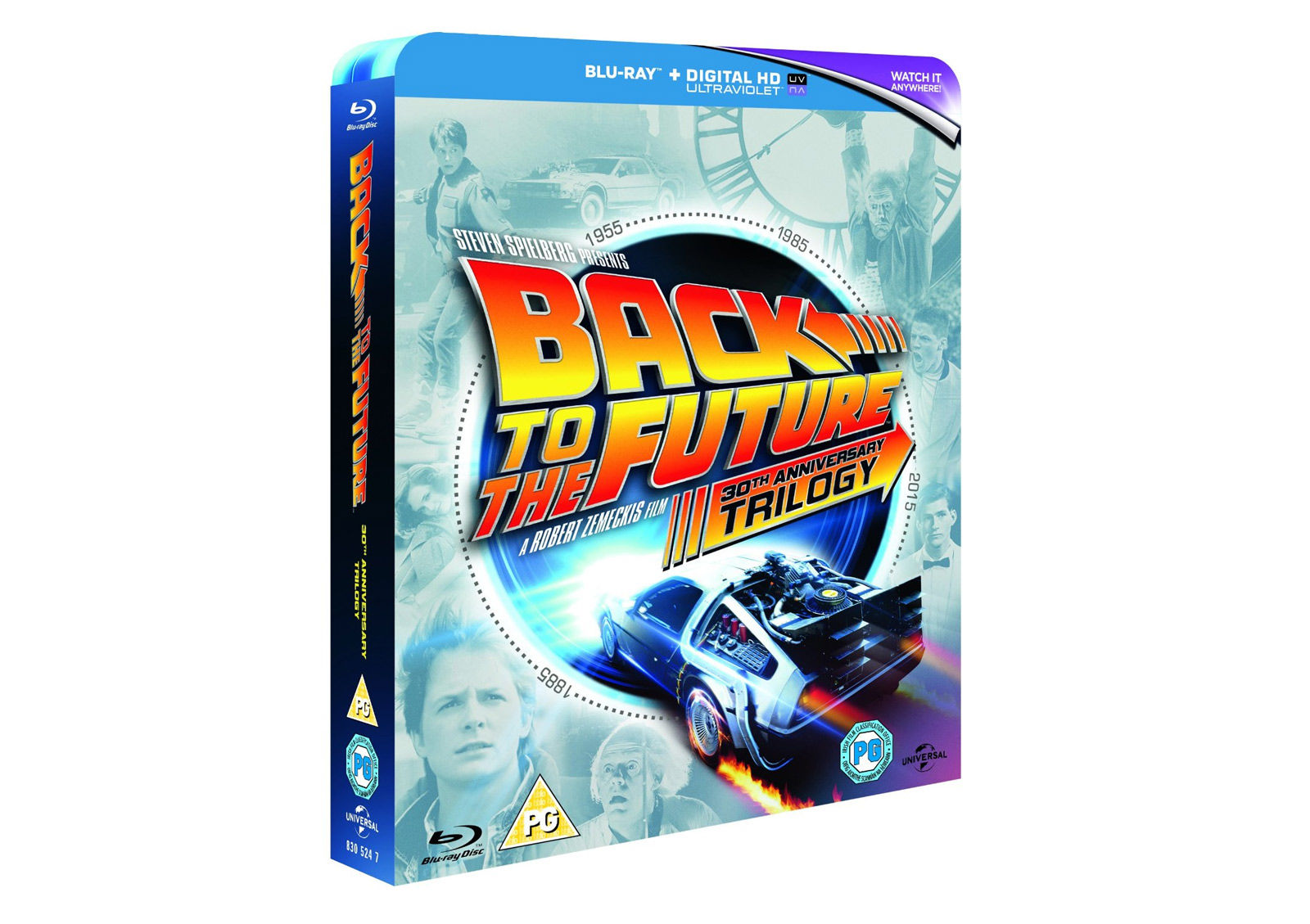 The films are not available as part of any streaming service subscription, including Netflix and Amazon Prime. They are available to buy or rent as digital downloads, though. It costs £7.99 on iTunes and Google Play but you can also rent it from Play Movies & TV for £2.49. Amazon lets you rent it for £2.49 or £3.49 if you want HD.

Back to the Future 2: 5 things they got wrong about the future

The film’s writers had a surprisingly accurate vision of 2015’s gadgets back in 1989. We may not ever see hoverboards become a reality (as seen in the film) but people are trying to make flying boards, such as this guy in Canada. 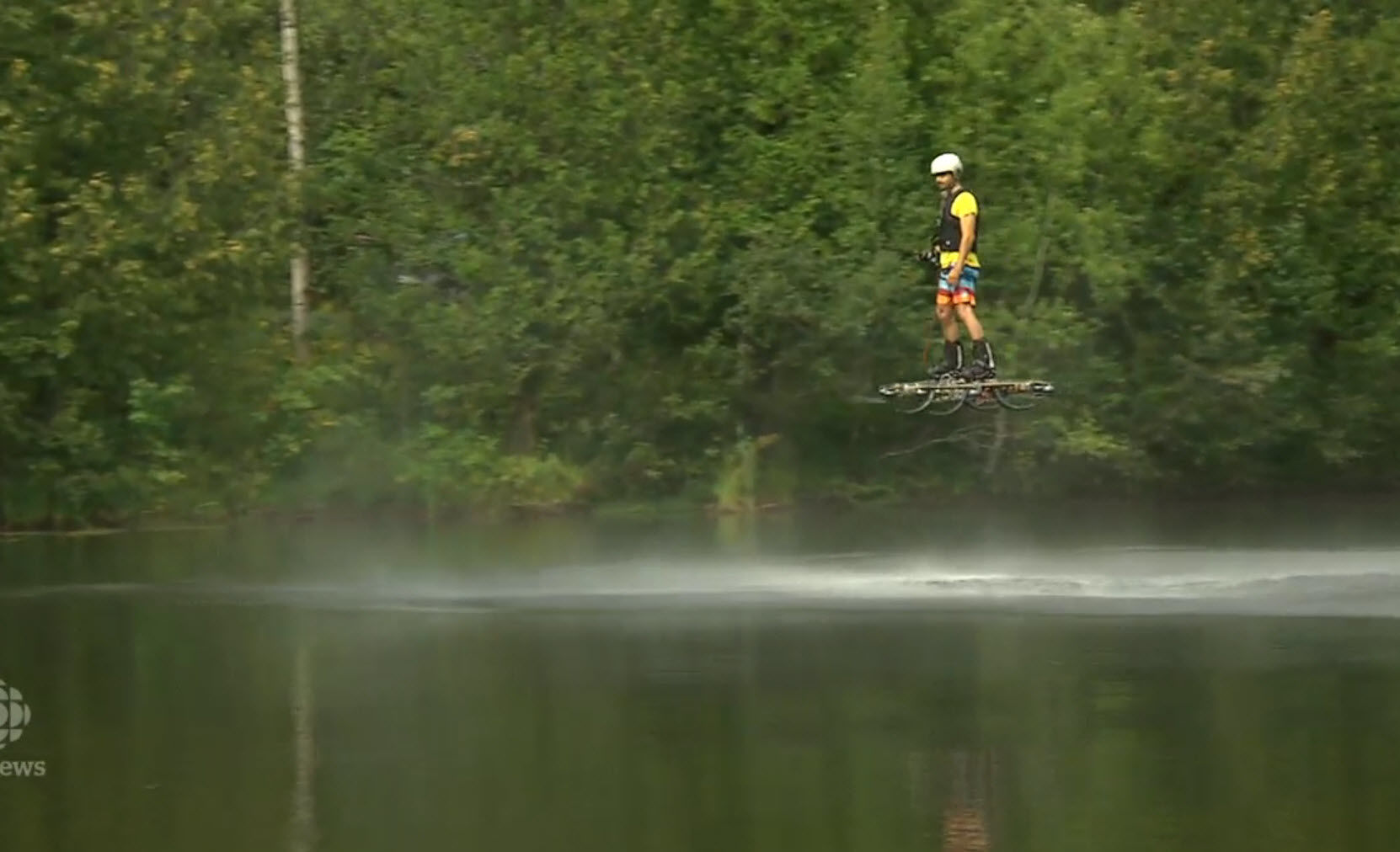 They did get plenty wrong, though, failing to predict the internet and smartphones. In other areas, they thought technology would be far ahead of where it actually is: there are only a couple of prototypes of flying cars.

Instead of connected computers there’s still a heavy reliance on paper in the film’s version of 2015. Throughout the futuristic sections of the movie, fax machines churn out paper – in one instance to tell Marty he’s fired, and there’s a reference to the latest innovation of ‘dust-repellant’ paper.

A cross between a skateboard and a hovercraft, hoverboards were the kids’ version of the flying cars in Back To The Future Part II.

Various theories about how the producers made hoverboards work for the film were bandied about, including hidden magnets. However, as with all illusions, the reality is much more mundane. The actors were suspended on wires that were removed in post-production, and the hoverboards stuck to their feet.

Real hoverboards would have to use a quantum superconductor for levitation, but with the limitation of sticking to a pre-defined path instead of being able to travel anywhere. Quite whether the techniques used in the video below can be translated to support the weight of a human remains to be seen. All we have for now are drone-like hovercraft (and even then only a prototype) and the latest craze for segboards, which people are calling hoverboards.

As we’ve said, people communicate by traditional telephones or fax in BTTF 2. They did get one thing right, though: Skype. Video chats are featured several times in the film.

In a classic caper, the automatic dog-walker that appeared in Back to the Future Part II distracted Marty McFly for long enough to allow Biff to steal the DeLorean and travel back to 1955. It consisted of a drone attached to the dog’s collar by a lead. That drone could presumably be programmed to follow a particular route.

They’re not being used for dog walking yet in the real 2015.

Time travel as depicted in Back To The Future 1, 2, 3 or any future reboot is the one bit of tech that we will never see. Ever. We’d know about it if time travel was invented at any point in the history of our civilisation (or those that came and went before and after). If time travel exists at any point in history it exists in all points of history, so unless Doc Brown is hiding his invention over in the States we’re forever out of luck on that score.