The Surface Book is the “ultimate laptop” according to Microsoft. You can use it as a tablet, or a laptop running full Windows 10, and it’s finally arriving in the UK! Here’s the Surface Book UK release date, price and specifications. (See also: Microsoft Surface Book launch as it happened)

Microsoft calls the Surface Book “the ultimate laptop that brings together best-in-class performance with the versatility of pen and touch”, and was keen to point out that the class in question did not include the new iPad Pro, instead comparing it to the MacBook Air.

The Surface Book launched exclusively in the US in October, but we now know that we’re getting the laptop in the UK very soon, and better yet it’s set to become available to pre-order tomorrow, 5 January. That’s for UK customers as well as Austria, Australia, France, Germany, Switzerland and New Zealand, and it’ll also be coming to Japan in the near future, says Microsoft’s Windows blog.

We don’t yet know when the Surface Book will actually start shipping to pre-order customers, though, but we’ll update this article as soon as we find out. 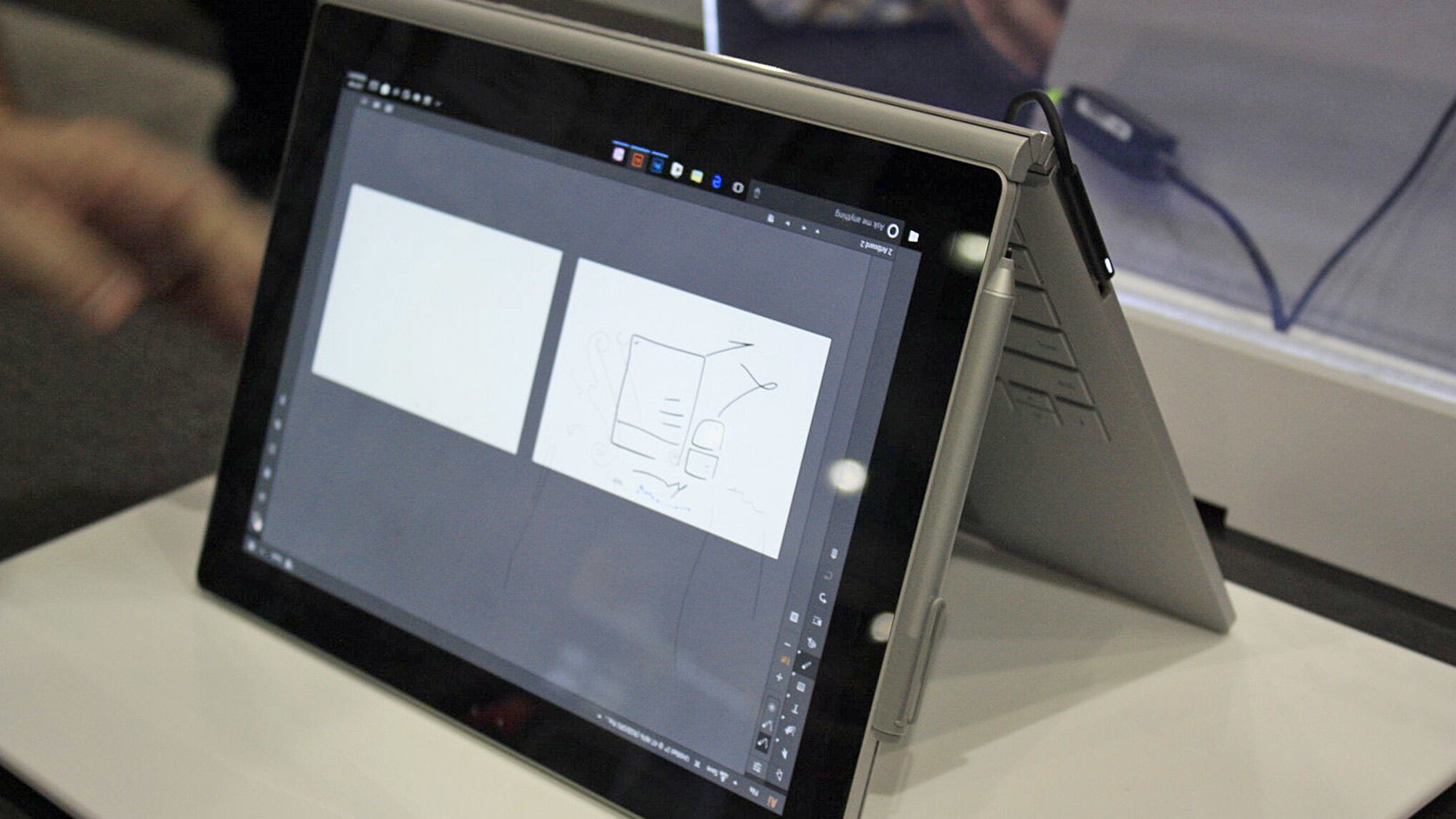 Designed around the form factor of a piece of A4 paper, the Surface Book has a high-resolution 13.5in screen with a 3:2 aspect ratio. The 3000×2000-pixel resolution is an unusual one, but Windows 10 has much better scaling than previous versions. This means that if text is too small, you can increase the font size and scaling to your liking. 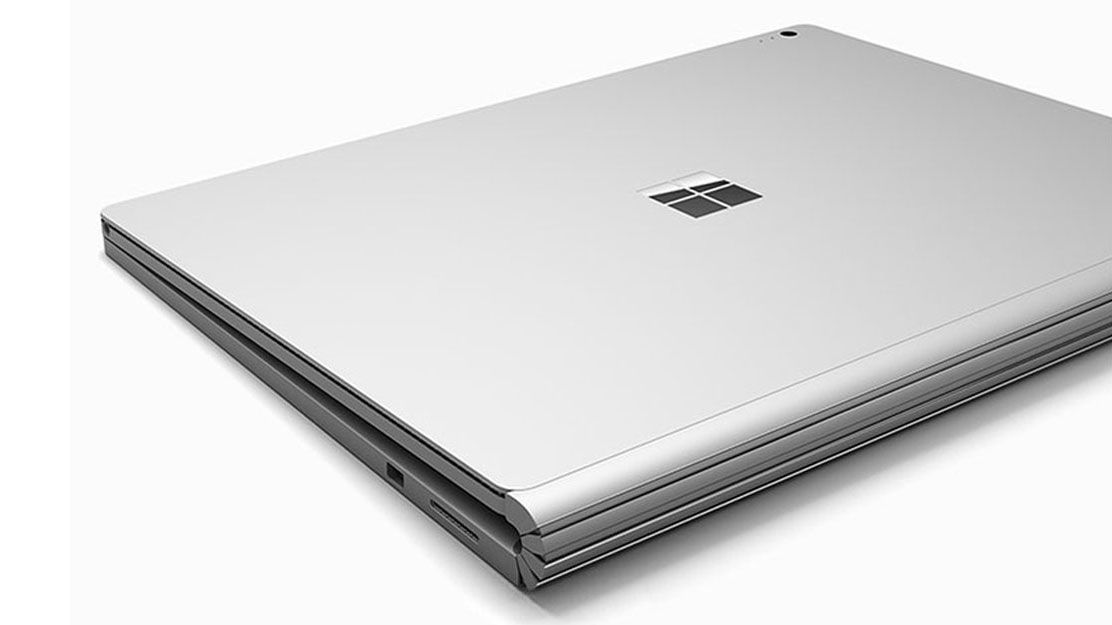 It’s a touchscreen, obviously, because the screen detaches from the keyboard and becomes a Surface tablet and works with a Surface Pen so you can draw, sketch, write or paint. Thanks to feedback from Surface users, Microsoft has added magnets so you can store your Pen on the top edge when you’re not using it.

When attached to the base, which contains a backlit keyboard and – on some models – a dedicated and more powerful nVidia graphics processor, it becomes an ultra-thin laptop that’s capable of even playing the latest 3D games. 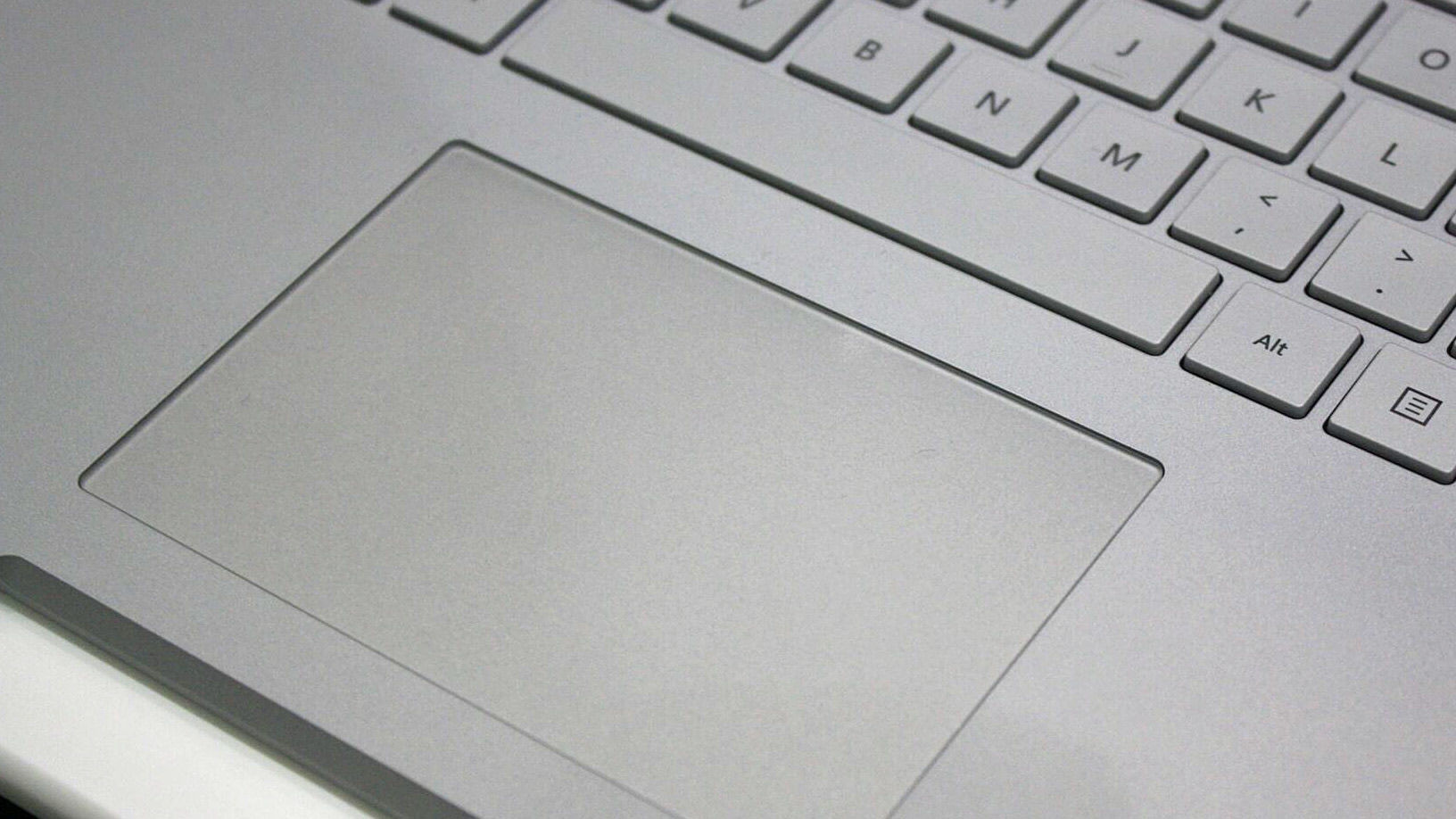 The base also has a glass five-point multitouch trackpad, plus two full-size USB 3 ports and a full size SD slot (the Surface Pro has only a microSD reader).

The base’s hinge is in fact several hinges, which is why Microsoft calls it a Dynamic Fulcrum Hinge. It’s best to watch the video at the top to see how it works. It allows the keyboard to fold right back behind the screen, but there’s a small gap when it’s in the ‘closed’ position of a traditional laptop.

Inside is a ‘muscle wire’ and spring mechanism which keeps the two components locked tightly together until you want them to separate. My colleague Ashleigh has tried out the Surface Book and said, “It’s really easy to attach and detach the keyboard, which is done by pressing and holding a button on the keyboard until the screen says it’s ready to detach. Then you simply pull the screen off the keyboard. It snaps back into place using magnets.”

Microsoft says it will last for 12 hours between charges which, for some people, will be as much as a whole weeks’ use.

In other performance claims, the Surface Book is said to be 50 percent faster than the current MacBook Pro.

The tablet has two cameras, 8Mp at the back and 5Mp at the front. There are also front- and rear-facing microphones, and front-facing stereo speakers.

There’s no 4G option, but you get the expected 802.11ac Wi-Fi and Bluetooth 4 wireless options. There’s a TPM chip for enterprise security and an ambient light sensor for automatically adjusting screen brightness.

For hooking up an external display, there’s a Mini DisplayPort connector. The Surface Book measures 312 x 232 x 13-23mm, with the tablet itself measuring 220 x 312 x 7.7mm and weighing just 728g. Thanks to a magnesium casing, the total weight is kept down to 1.5kg including the keyboard.

The full lineup is as follows: 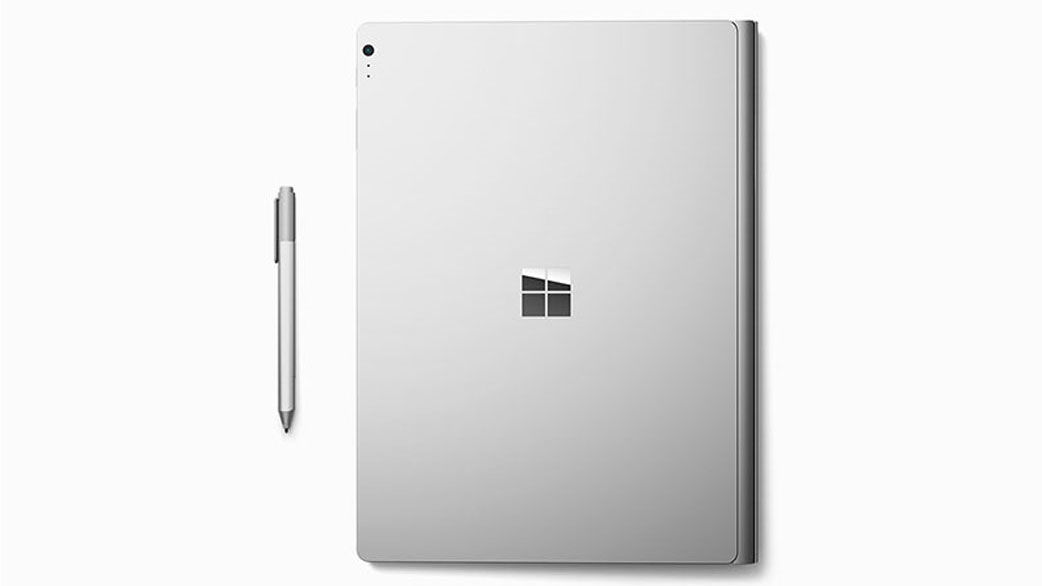