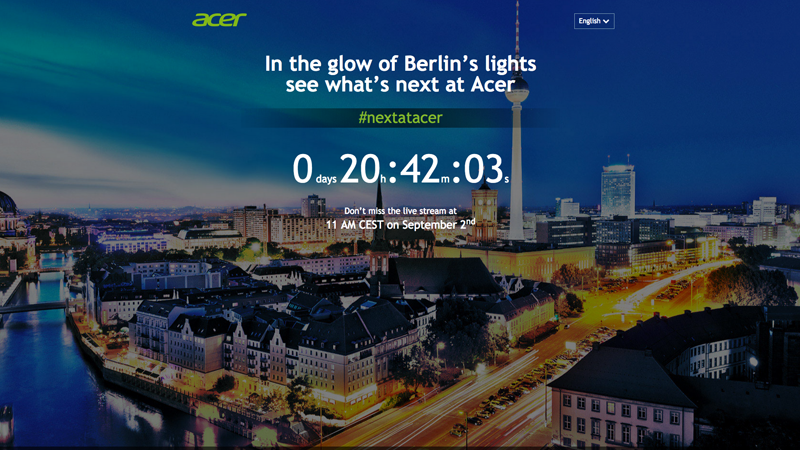 We’ll be streaming the Acer IFA 2015 event live above.

Acer has unveiled the following IFA 2015 teaser video. It reveals a desktop PC and a laptop, but we don’t have any further details on those products. However, we fully expect Acer to unveil new Windows 10 desktop PCs and laptops at the show. Also see: Windows 10 review.