Five years after the official reveal, Crackdown 3 is a matter of weeks away from release – and it should be worth the wait. Not only does it offer a new game in the Crackdown saga, which was first released in 2007, but it showcases some truly amazing technological advancements that make it stand out from the crowd.

Intrigued? You should be. Here’s everything you need to know about Crackdown 3, from the latest release date news to gameplay details and the latest trailers. To find out more about gameplay, take a look at our Crackdown 3 review.

When is the Crackdown 3 release date?

Crackdown 3 was meant to launch way back in Summer 2016, but it has seen several delays. It was pushed back to November 2017, and then again to Spring 2018, but that wasn’t the end of it. It was then delayed once more, this time until February 2019.

Not much more was said until November 2018, when Microsoft finally confirmed that Crackdown 3 will be available to buy on 15 February 2019.

Crackdown 3 will be available on Xbox One and Windows 10 as an Xbox Play Anywhere title when it does eventually release, so you can buy it on either Xbox One or Windows 10 and play it on your console or PC and your save-game progress will sync across both. 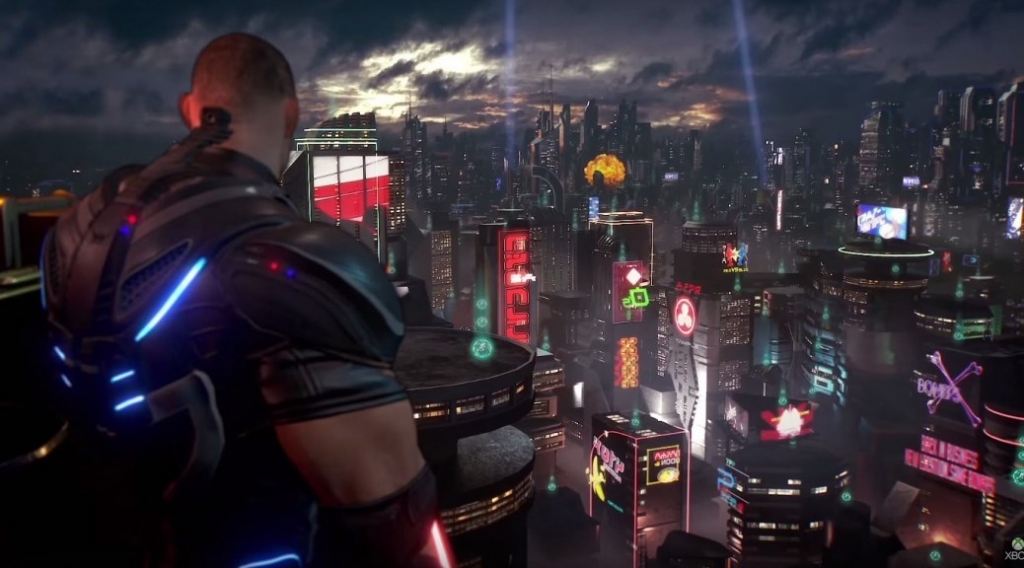 Can I pre-order Crackdown 3?

If you’re in the UK, Crackdown 3 is available to pre-order on Amazon or  Game for £46.99 with a pre-order price guarantee that means you’ll never pay more than that price – in fact, it may even go down.

US readers should head to Amazon or GameStop, where you can pre-order a copy for $59.99.

The game is part of Microsoft’s Play Anywhere scheme too, allowing you to play on the Xbox One and continue on PC if you buy the game on the Microsoft Store.

So, what makes Crackdown 3 one of the best technical demos we’ve ever seen? The developers were proud to announce that Crackdown 3 will feature a fully destructible environment when playing online, meaning that if you desired, you could destroy every single building in your environment.

How can this be possible? It’s all down to Microsoft Cloud, Microsoft’s cloud computing service, which the developers can utilise. 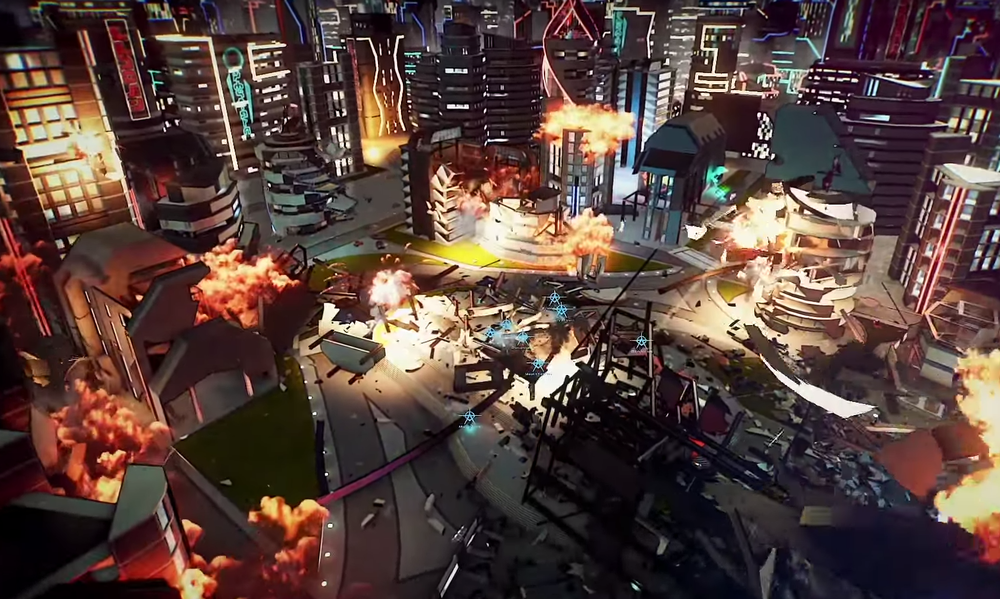 When playing Crackdown 3 online, the environment you interact with isn’t hosted on a single server – it’s split into different segments, each using a different server’s processing power to enable fully dynamic destruction.

In fact, the developers can use up to 20 cloud servers at any one time to power the destruction and chaos around you, providing more power than any other console.

You can shoot a circle in a wall and watch it fall to the floor and become a physical in-game object. While this doesn’t sound amazing in comparison to blowing up buildings, let’s just stop and think for a second – the game is able to see that the circular segment of wall is no longer connected, and then calculates its size and mass on-the-fly.

You’re able to blast holes in walls and make your own paths through any building in the environment, which is something we’ve never really seen before.

All buildings in the environment are built with real structures. What does this mean for gamers? If you spray at the concrete exterior of a building, you’ll eventually expose the steel frames that support the building.

If you blow up the steel frames, what happens? You guessed it: the whole building comes down, using a combination of physics and explosions for something truly exciting.