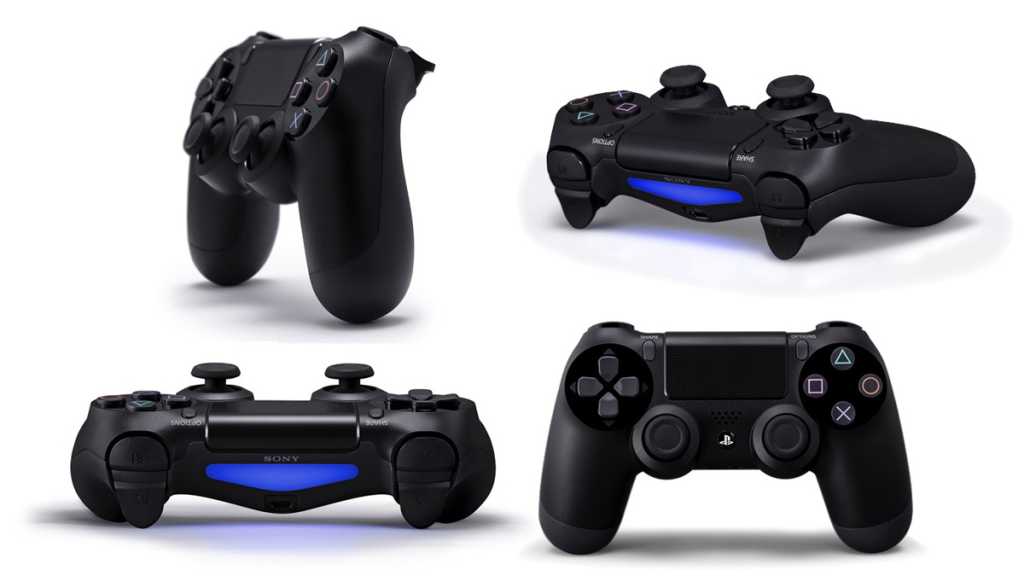 More and more people are shifting from console to PC when it comes to gaming, simply because a powerful gaming PC can provide better graphics and frame rates than can be achieved by either the PlayStation 4 or Xbox One – and high-end gaming PCs can easily outperform the PS4 Pro.

Even the confirmed specs of the  PS5, due out later this year, can’t compete with some high-end gaming PCs.

However, console converts can struggle with using a keyboard and mouse, especially those of us that have been using a controller for years. Could we use the DualShock 4 controller to play games on PC? Technically yes, but it’s not as straightforward as you might hope.

If you don’t own a DualShock 4 yet, or want to grab a second pad specifically for your PC, you can grab one from Amazon for £44.99 at the time of writing, in a range of colours including black, blue, red, and white.

If you want to play your PS4 games on your PC, there’s a way to do that too – check out  how to use PS4 Remote Play on PC for more.

Is my DualShock 4 controller compatible with PC?

Back when the PS4 was revealed in 2013, Sony announced that the DualShock 4 controller would be compatible with Windows. It meant that gamers didn’t have to fork out for extra accessories, and provided them with the freedom to switch between the two platforms – or so they thought.

Unfortunately, it isn’t quite the plug-and-play solution that we hoped it’d be, and using a DualShock 4 controller on a PC takes a bit of work if the game doesn’t specifically have DualShock 4 support.

While occasional games enjoyed DualShock 4 support in the early PS4 era, 2016 marked the first time that major developers began consistently adding full support for the controller, making it much easier to play games on the PC using the PS4 pad.

The trend continues to this day, with most major games offering plug-and-play support for the DualShock 4, connected either via USB or using the controller’s in-built Bluetooth. These games include DualShock 4 button overlays, so that in-game prompts would instruct you to hit ‘X’ rather than ‘A’, as on an Xbox pad.

Not every game offers support, but more and more major titles will going forward. If you’re not sure which games support the DualShock 4, check out this fan-maintained list.

How to use a PS4 controller with Steam games

2016 also saw Steam add support for the DualShock 4, so that you could use it to navigate the Steam menu in Big Picture Mode – including on a Steam Link.

While it was initially limited, Steam now offers the ability to play Steam games with a DS4 controller. Simply load up Steam, make sure you’re running the latest update of the game you want to play and plug your controller in. As with other officially supported games, you’ll even see PlayStation icons like X and O, instead of A and B like with Xbox controllers.

What about games that aren’t available on Steam? Luckily there is a way to use your DualShock 4 with any unsupported PC game.

How to use a PS4 controller with any PC game

As mentioned above, although the DualShock 4 has Windows compatibility, game developers have to specifically add support for it, or it won’t work. Alas, there is light at the end of the tunnel as there’s an application available that will map the DualShock 4 controls directly to Microsoft’s XInput API.

The end result is that games are ‘tricked’ into thinking you’re using an Xbox 360 controller, and you’ll be free to play as many games with your DualShock 4 controller as your heart desires.

So, what is this application and how do you use it? Well…

1) Download and install InputMapper. The first step is to head over to the InputMapper website, download the latest version of the tool and install it on your PC.

2) Connect your DualShock 4 controller. Once you’ve installed InputMapper, the next step is to connect your controller to your PC. You can do this via a USB connection or via Bluetooth, but it’s worth bearing in mind that a Bluetooth connection isn’t as stable as a wired one.

However, if you’re adamant on connecting via Bluetooth, just hold the Share button and PlayStation button on the controller until the light flashes to enter pairing mode, then pair with it on your PC. 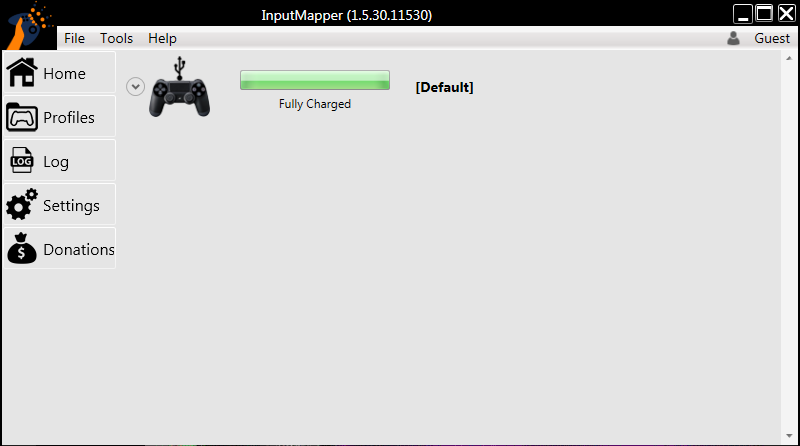 It’s worth noting that you may encounter the odd game here and there that has compatibility issues. If this issue arises, head into the Settings menu of InputMapper and toggle the checkbox labelled “Use Exclusive Mode”.

If you want to customise your gaming experience and remap your buttons (and create macros), this can be done via the Profiles menu within the application.

While InputMapper is a lifesaver for those of us that have DualShock 4 controllers and a PC, it’s still a work in progress. For one thing, InputMapper has to be open every time you want to play a game.

While it may seem like a hassle, there’s an option within the application to allow it to start up minimised whenever Windows boots up. Also, as it’s designed to mimic Xbox controls, you’ll most likely see A and B button graphics in game, opposed to X and O.

What are the alternatives?

So, are there any alternatives to using InputMapper and a DualShock 4 controller? The only simple alternative that we can suggest is to, sadly, buy an Xbox 360/One controller to use for PC gaming.

Microsoft’s XInput API makes gaming with an Xbox 360/One controller such a simplistic experience, you sometimes forget you’re playing on a PC and not an Xbox.

Although even with Microsoft’s own controllers, there is a downside – unless you have one of the newer Xbox One S controllers with Bluetooth, if you just use the controller that came with your console, it will only work plugged into a USB work – you won’t be able to connect it straight away to your PC wirelessly.

There’s also Valve’s Steam Controller, which is designed to support any Steam game – even those without built-in controller support. The best price for it we’ve found is £55.99 from Game – though be warned, it’s a bit different from your average controller, with dual trackpads instead of the second analogue stick and D-pad, for more precise input.

You see, Windows has the advantage of having the XInput API built into its OS, which is what makes Xbox controllers compatible with Windows, and is what programmers use to make PS4 controllers work on Windows (we’ll come to that in detail below), but the same can’t be said for Mac.

So yes, while the DualShock 4 will be recognised as a gamepad, it’ll be a lot harder to find games that have controller support, and they may require some time tweaking settings before it works properly.