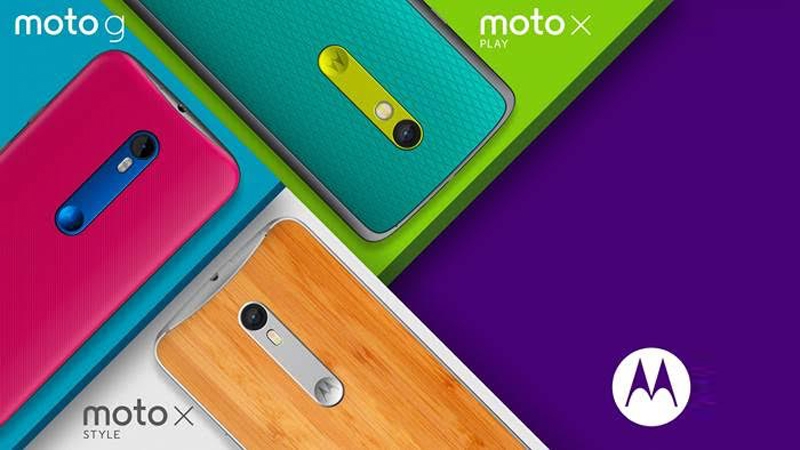 The Motorola launch took place in London (plus New York and Sao Paulo) on 28 July at 2pm BST. If you missed it you can still catch up on the action in the video at the top of this page and our live blog below. See also: Motorola Moto G 2015 hands-on review and Motorola Moto X Style review: Hands-on with the Moto X Style mid-range phone.

We were expecting to see two new phones, and in fact we got three, with the Moto X Style, Moto X Play and Moto G all unveiled at today’s event. Also see: Moto X4 latest rumours

Motorola kicked off the event claiming that it considers five key principles when designing its phones:

4. Always there for you

In common with each other, the new Motorola Moto G, Moto X Style and Moto X Play each offers best-in-class cameras, specifications, battery life and price.

The Moto X Style is a premium phone without the premium price tag. Highlights include its 5.7in Quad-HD screen with 76% screen-to-body ratio, ability to charge 50% faster than the Samsung Galaxy S6, and 21Mp rear camera.

The new Moto X Play is cheaper than the Moto X Style, but with the same 21Mp rear camera and a long-lasting 3630mAh battery.

Last came the new Moto G, which Motorola claims has been its most successful phone ever. It says the Moto G is an exceptional phone at an exceptional price, delivering on all the things that customers care about. As well as an improved spec, the new Moto G brings Moto Maker and IPX7 waterproofing. Find out more about the new Moto G UK release date, price and specs here.