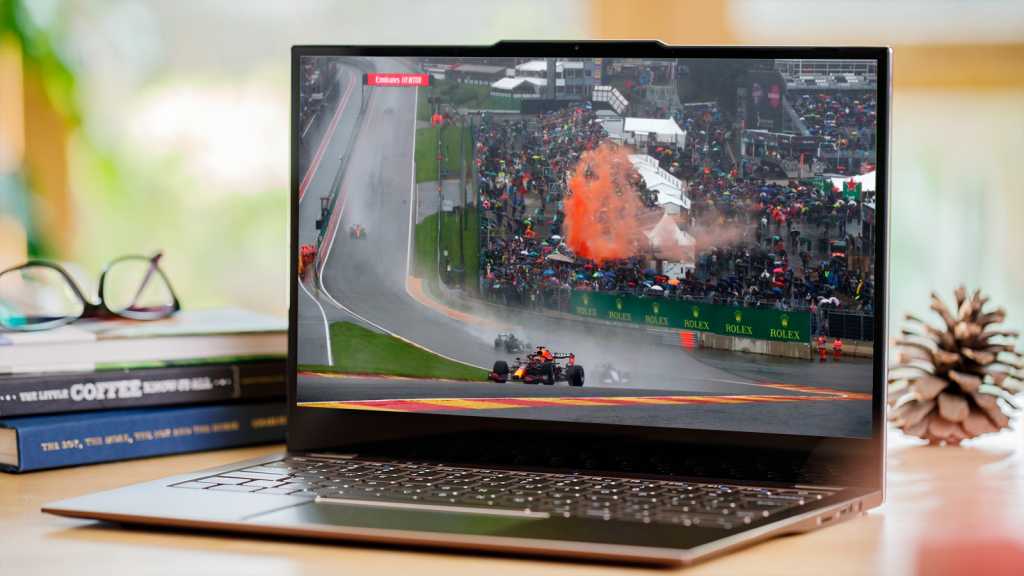 This weekend, after what feels like a long break following the Belgian, Dutch and Italian triple-header, is the Singapore Grand Prix. F1 has headed east for a couple of weeks, with the Japanese Grand Prix next Sunday.

Of course, you’re here because you want to know how to watch the Singapore race and find out when it starts. So without further ado, here’s everything you need to know about watching the action on TV and online in the UK, plus practice sessions and qualifying.

You’ll also find the other dates and start times for the remaining races in the 2022 F1 calendar.

If you’re interested in other sports, you can also find out:

When does the Singapore Grand Prix start?

Timings for the race weekend are in British Summer Time: GMT+1.

All times are in BST.

If you’re unable to get to a TV or record broadcasts, you can watch them later on Sky Go / Now and on All 4, which is the app for Channel 4. You can also catch up later with much shorter highlights on the official Formula 1 YouTube channel.

How to watch every F1 race for free in the UK

F1 is fast becoming a pay-to-watch sport. But there are ways to watch without paying, especially if you’re happy to watch highlights later in the day.

Sky still has the exclusive rights to show live races in the UK (as well as Italy and Germany), meaning the only coverage on free-to-air TV in the UK will be available on Channel 4.

This arrangement runs until 2024 and – until the end of the 2022 season – extended highlights of both qualifying and races can be shown on Channel 4 only two and a half hours after the race ends.

This doesn’t mean all broadcasts will be shown this soon, and if you want to stream those highlights, you might have to wait a lot longer for them to appear on Channel 4’s streaming service – All4.

The highlights show lasts 2.5 hours and is allowed to cover 70 percent of the action.

You can watch Channel 4 on your TV, of course, but you can also watch using the All4 app on your phone or tablet (but not live), or in a web browser via Channel 4’s website.

The other way to watch for free – especially if you want to watch races live – is to use a VPN and stream them from broadcasters in other countries which show races on free-to-air channels (but not necessarily with English commentary).

For more details, see the section below on how to watch races live for free.

How to watch F1 races in 4K HDR

If you’re happy to pay a subscription fee so you can watch entire races live, then Sky is the only option in the UK. While Liberty operates an online streaming service – F1 TV Pro – you can’t watch it in the UK because of Sky’s exclusive deal.

Races are now broadcast in 4K HDR and, as we understand it, you’ll need a Sky Glass TV, or a Sky Q box that’s capable of sending the 4K HDR signal to your compatible TV. That means one which supports the HLG type of HDR, because that’s what Sky uses. You’ll also need the appropriate Ultra HD add-on for your Sky TV package.

Unfortunately, that means no 4K or HDR for Now customers, or those who receive Sky channels via BT TV.

You can get Sky Sports F1 for £18 per month on top of your normal Sky package – meaning a minimum cost of £41 per month in reality – or Complete Sports (all the sports channels) for £25 per month, again for an 18-month contract.

The other option for UHD HDR is to sign up to F1 TV, the official streaming service for the sport. See below for more details, but it isn’t available in the UK.

If you don’t want to pay for Sky TV (maybe because you only want F1) then there is an alternative: you can subscribe via Sky’s streaming service, Now (formerly Now TV). That’s available on your phone, tablet, games consoles, via a web browser and also via an Amazon Fire TV Stick, Roku device and others.

BT broadband customers can also get Sky Sports channels as part of a Now bolt-on to their BT TV package – see more details in our BT VIP review.

Annoyingly, no, you can’t. In case you didn’t know, F1 TV Pro is the official streaming service of Formula 1 but you can’t subscribe in the UK because of Sky’s exclusive deal for live races.

F1 TV Pro is only available the US where it costs $79.99 per year. You can also buy it in a few other countries including the Netherlands where it is €7.99 per month.

In the UK, all you can access is the live timing service which costs £2.29 per month. We don’t advise using a VPN to buy the service from the US or Netherlands: it’s likely your VPN will be detected and Liberty Media, which runs F1, says your subscription will be terminated with no refund.

If you don’t want to pay for F1 TV Pro and you’re in the US, F1 races will be shown on ESPN, ESPN2 and ABC.

Indeed you can. Coverage is available using the following apps:

Note that you cannot watch live on the All 4 app.

Unlike BBC iPlayer, you can’t join a live broadcast and you may have to wait hours for the race highlights to appear in the app.

To watch races online with the Sky Go app you first need to subscribe to its TV service. Sky will be broadcasting practice, qualifying and races in Ultra HDR, but as explained above, you’ll need the right equipment to get it, and this is not available via Sky Go. You can find out more on Sky’s website.

As mentioned above, you can watch Sky Sports F1 without being a Sky TV customer as the channel is also available on Now (formerly Now TV) as you can also get Now as part of a BT TV package.

Now is Sky’s streaming service, which you can watch via the Now app on a laptop, PC, Mac, phone or tablet. It can also be found or installed on Amazon Fire TV Stick streaming devices, LG TVs, Samsung TV, YouView boxes (not early ones), Apple TV, Sony TVs, Google Chromecast, PS4, PS5, Xbox One and Xbox Series S/X.

You’ll need the Now Sports membership which costs £33.99 per month or £9.98 per day. But at the time of writing, the monthly subscription was discounted to £20 for the whole F1 season.

How to watch F1 online with a VPN

If you’re not in the same country as the TV broadcaster, you won’t be able to watch F1 online without a VPN. For example, you can no longer watch abroad using the Sky Go app on your phone or tablet because of Brexit.

Similarly, you can’t watch highlights on the All 4 app unless you use a VPN with a UK server.

We recommend using NordVPN and Surfshark.

A VPN makes it appear that you’re located in the same country as the broadcaster when you connect to a server in the appropriate country.

Read our guide to the best VPN services for more information.

Is there a way to watch F1 races live for free?

Officially, no. But there is a way. In 2022 and 2023, F1 will be shown on free-to-air channels ServusTV and ORF in Austria, plus on Match TV in Russia. Races are also broadcast live on Belgian TV channel RTBF.

You’ll need a VPN (see above) to watch these channels outside of those countries, so connect to the appropriate country – Austria or Russia – and then head to their respective websites and figure out how to navigate to the right channel and you’ll be ale to watch the live stream.

Obviously unless you speak those languages the commentary won’t be at all useful, but the good news is that you can listen to English commentary by tuning into Radio 5 Live. You don’t need an actual radio of course: you can also listen via the BBC Sounds app, or on the BBC website.

If you fancy watching on the big screen rather than your laptop, then here’s how to hook up your laptop to a TV. You could also cast from Android, if you’re using a VPN and web browser on your phone or tablet. Similarly, those with iPhones or iPads can mirror their screen to the TV using an Apple TV.

Other than this, the sport is all but behind a paywall now. You used to be able watch races live on RTL Germany but Sky Germany now has exclusive rights (as in the UK) to show live races in Germany as well.

Last year a deal between the two was done so that RTL could show the four events below (including the Sunday races) live, and something similar may well happen in 2022.

You can watch races on RTL in the UK if you have a satellite dish and can figure out how to tune into Astra satellite at 19.2E.

I’m also reliably informed by a Tech Advisor reader that F1 is shown free to air on an Arabic satellite channel service called MBC Action MBC Persia. They’re available on a number of satellites at varying frequencies, but they require a very good satellite installation and setup to pick up the signals.

The format will be run at three races this season:

Instead of being run on the Saturday, normal qualifying (with Q1, Q2 and Q3 sessions) takes place on Friday afternoon. This determines the grid order for Sprint Qualifying, which is a short 100km race that is held on Saturday afternoon.

The rules have been tweaked this year. The driver who sets the fastest time in qualifying will be given pole position on Sunday. Last year, it was the driver who won the Sprint who secured pole. The grid order for the sprint race itself will be determined by qualifying times from the Friday sessions, as before.

Points have been changed, too. Now, the top eight drivers in the sprint race are awarded points, from 8 for the winner down to 1 point for coming P8.