One of the many big titles to be announced back at E3 2015 was Tom Clancy’s Ghost Recon Wildlands by Ubisoft. The open world first person shooter was received with a warm welcome and here’s what you need to know including the latest Ghost Recon Wildlands DLC rumours, pricing, platforms, gameplay details and more. Read next: most anticipated games

When was the Ghost Recon Wildlands release date?

After numerous delays, the Ghost Recon Wildlands release date was 7 March 2017, and is now available to buy in the UK.

How much does Ghost Recon Wildlands cost in the UK?

Ghost Recon Wildlands is available not only for PC, but PS4 and Xbox One too, although Xbox 360 and PS3 users are out of luck. Prices start at £42 from Amazon, although the exclusive “deluxe edition” can be picked up from the likes of GAME for £55. Of course, you can also buy it digitally from the likes of the PlayStation Store, Microsoft Store and Steam.

If you’re committed enough you can also buy Ghost Recon Wildlands: Gold Edition, which Amazon has for £94.99. That includes a DLC season pass for the planned two major expansions to the game, along with extra free content such as The Huntsman rifle and motorbike, an XP booster, and a selection of emblems, weapon camos, and character customisation items.

When will the Ghost Recon Wildlands DLC be released?

Following the March launch of Ghost Recon Wildlands, the first paid piece of DLC entitled Narco Road is set to launch on 18 April 2017 for those that bought the game’s season pass.

Unfortunately, those that didn’t purchase the season pass will have to wait a little longer; until 25 April 2017 to be precise. The DLC will cost $14.99 in the US with UK pricing yet to be confirmed, although we imagine it’ll be similarly priced (£14.99). Either way, we’ll update this section with UK pricing once the DLC becomes available.

In Narco Road, players must go undercover to hunt down three smuggling groups and take down their leader, El Invisible. The three gangs are comprised of a motorcycle gang, a street racing gang and, rather interestingly, an extreme sports aircraft gang.

There will be 15 missions within the DLC, along with four new types of side mission and racing challenges.That’s not all either, as there will be nine new weapons, four new outfits and four new vehicles too.

What can we expect from Ghost Recon Wildlands gameplay?

Tom Clancy’s Ghost Recon Wildlands is the first military shooter set in a massive and responsive open world, according to Ubisoft. It’s set in Bolivia, a few years from now where the country has become the largest cocaine producer in the world. It makes a nice change from previous Tom Clancy games like Advanced Warfighter or Future Soldier that take place in the more distant future.

“The Santa Blanca drug cartel has turned the country into a narco-state, leading to lawlessness, injustice, and violence. The Ghosts, an elite US Special Forces team, is sent behind enemy lines to wreak havoc and takedown the cartel,” said Ubisoft.

So, what can we expect from Ghost Recon Wildlands? Let’s start with the environment. As mentioned by Ubisoft, the game is set in a huge and responsive open world, and is actually the first game to offer an open world with nine varying types of terrain, including mountains and deserts, and also includes its own dynamic weather system and day-night cycle. 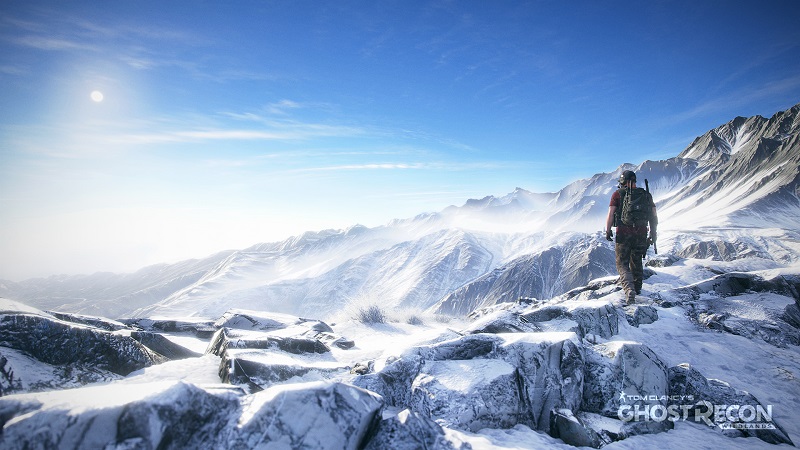 With open games, methods of travel are important – you don’t want to spend your whole time travelling between checkpoints, do you? You’ll be glad to know that Ghost Recon Wildlands will feature a range of vehicles and bikes will be available throughout the world, and will be driven by AI for a GTA-esque snatch-and-drive experience.

Ghost Recon Wildlands will also feature a number of side missions, a feature that has been notably missing from previous Tom Clancy games.

But with such a large and varying open world, you’re bound to feel a bit bored/lonely right? Wrong. The game features co-operative multiplayer where you can be joined by up to three other players to explore and conquer alongside you.

You don’t need to be near each other either – gamers with access to the alpha of the game claim that you can explore the whole map and even undertake side quests without your team, and you can meet whenever you want to.

Those with unreliable internet connections will be glad to find out that the game can also be played offline, with your teammates being replaced by AI that can given orders.

As well as the above, Gunsmith has made a return – one of the most popular features of Future Soldier – offering players the opportunity to customise both their weapons and gear.

So this is a bit of an odd one. Ubisoft has announced what we think might be a first: a companion documentary that will be released at the same time as Ghost Recon: Wildlands.

Simply titled Wildlands, the feature-length documentary digs deeper into the game’s setting by exploring the real-life drug trade in Bolivia and the rest of South America, interviewing people from both sides of the ongoing war on drugs, including one friendly hitman who’s allegedly killed more than 3,000 people.

There’s no word yet on how exactly you’ll be able to watch Wildlands when it comes out, but if you’re interested in finding out more about the real backstory of the game, you can watch the trailer right here:

Ubisoft rounded out its E3 2015 press conference with the lengthy and dramatic official trailer for Ghost Recon Wildlands and you can watch it in its entirety below.

At Gamescom 2016, Ubisoft showed a new trailer for Ghost Recon Wildlands showing off the customisation in the game. This will include characters and weapons so you can “become an explosive devices expert, a sniper or a silent killer.”

The company has also shown off its sense of humour with the game’s latest live action trailer, ‘The Red Dot’. It combines cats and videogames, two of the internet’s great loves, and is a good sign that Wildlands won’t take itself too seriously.