FIFA 18 is finally available as a standard version alongside a more expensive Ronaldo Edition. If you’re not prepared to stump up the extra cash, read on for details of how you can try FIFA 18 for free right now, or buy be playing the full standard version.

The problem with this is the Ronaldo Edition costs more than the Standard Edition.

Some people might lambast us for saying, but when you consider the global impact of games releases FIFA is head and shoulders above Pro Evo now. The latter continues to impress but with each passing year, FIFA becomes more than a game, it’s an event – for some, a way of life. Or at least a way to earn bragging rights each week.

Below we’ve listed everything we know about FIFA 18, including how you can play it before release, and above you can check out the Gamescom 2017 trailer. 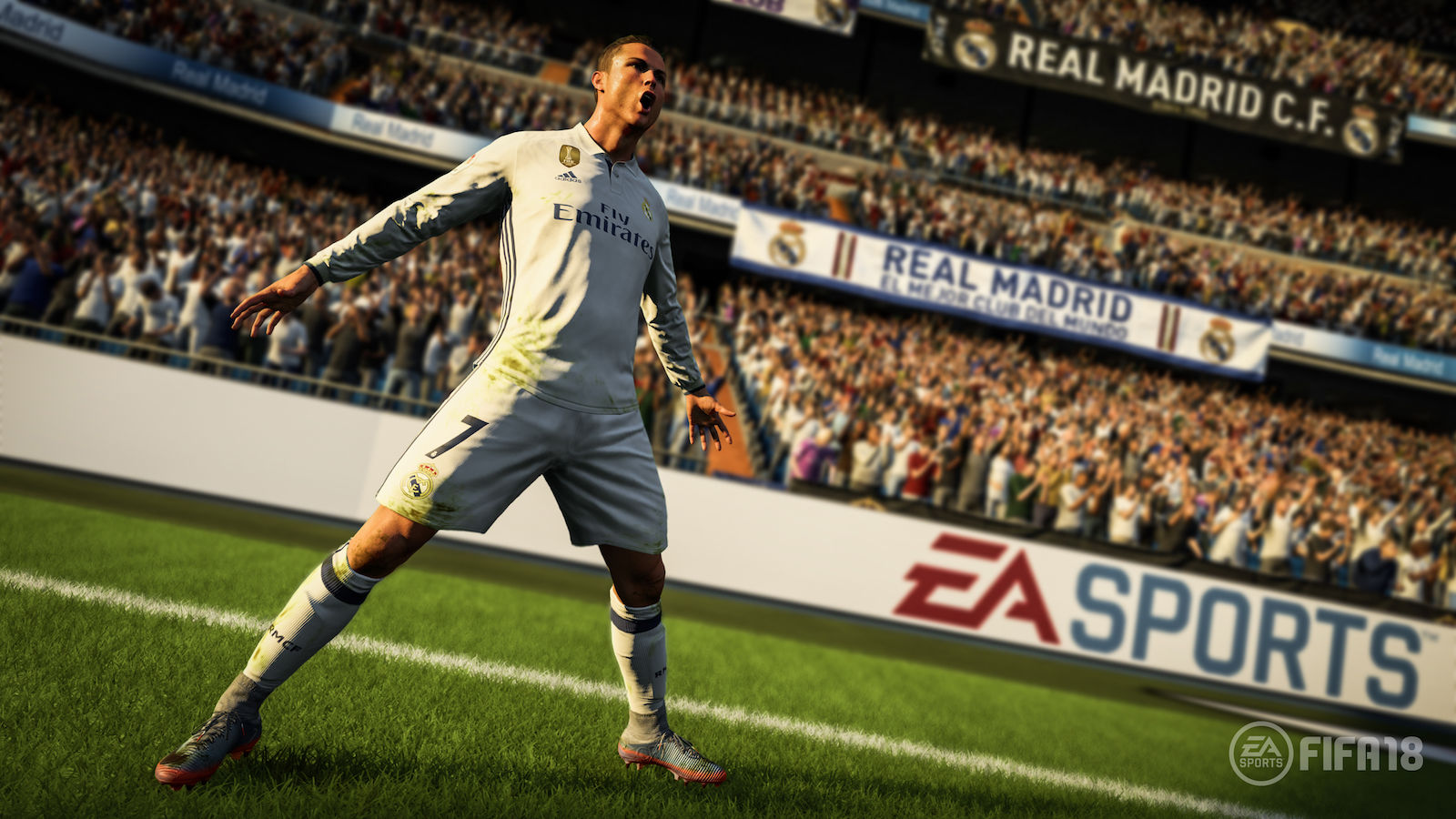 When is the FIFA 18 release date?

Refusing to break a long-running tradition of late September releases, FIFA 18 was released worldwide on 29 September.

However, there is a way to get the game three days early: the Ronaldo Edition was released on 26 September, though you’ll have to pay £20/$20 extra for the privilege.

How to play FIFA 18 right now

But while FIFA 18 isn’t officially out until 29 September, dedicated FIFA fans can get access to the game right now. The game was made available on the evening of Wednesday 20 September for subscribers of EA’s subscription-based EA Access for PC and Xbox One users.

Those who haven’t used EA Access before can sign up to a free one-month trial, providing you with early access to FIFA 18 completely free of charge. If you’ve already used up your free trial, however, you’ll have to pay out £3.99 per month (it’ll give you access to a host of EA games, not just FIFA 18!).

The only catch? There’s a 10-hour limit on gameplay, but it’s not wasted – if you decide to buy FIFA 18 after the 10-hour trial, all your progress will be saved.

How much will FIFA 18 cost?

You can also pre-order FIFA 18 at GAME for £54.99, but you’ll get a free gifts depending on which edition you buy including a leather ball and a one month Now TV Entertainment Pass.

In addition to early access, the Ronaldo Edition also includes another 15 extra FIFA Ultimate Team Jumbo Premium Gold Packs, while there’s also an Icon Edition that includes all of the above as well as another 20 Gold Packs (for 40 total), a Ronaldo Nazário Icon five-match FUT Loan, and 20 Team of the Week Loan Player Packs.

What platforms will FIFA 18 be on?

FIFA 18 will be out on the usual platforms: Xbox One, PlayStation 4 and PC.

There will also be a Nintendo Switch version of FIFA 18, but it’s going to be called EA Sports FIFA. This will be a slightly scaled back version that won’t use the Frostbite engine, and as a result won’t feature story mode The Journey.

The situation is even worse for the Xbox 360 and PS3, which are getting the ‘Legacy Edition’ of FIFA 18 – essentially their versions of FIFA 17, but updated with the latest kits and team lineups. There will be no new gameplay features for those versions, and they also won’t include The Journey.

Xbox One and PC players do get one small perk above PS4 players: thanks to Microsoft’s Xbox Design Lab controllers, they can build custom controllers in the colours of their preferred team. Here are a few examples to give you some inspiration: 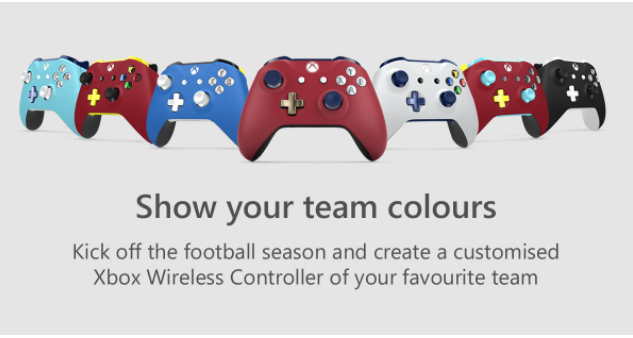 EA Sports made a big deal about the fact FIFA 17 is powered by Frostbite. Frostbite is the gaming tech used to drive the graphically outstanding Battlefield series, and was used in Battlefield 1.

Thanks to Frostbite, FIFA 17 benefitted from even more realistic gameplay and the ability to shape the journey of Alex Hunter, the game’s protagonist, with immersive tactical and interview segments interspersed with the traditional top down matches. The Journey mode will return in FIFA 18, which is great news.

It’s yet to be confirmed if this will continue the story of Alex Hunter or start afresh. At E3 EA Sports didn’t let slip on the plot, but it looks like we’ll be jetting to LA and meeting Cristiano Ronaldo at some point along the way.

EA even went so far as to give the fictional character his own Twitter account, and SportBible suggests his following leagues such as the German Bundesliga may mean players will be able to take him abroad in Journey mode.

Eurogamer reported that EA Sports is no longer bringing Legends to FIFA 18, instead bringing Icons to all platforms. Previously, Legends was an Xbox exclusive.

The legendary (icon) Brazilian Ronaldo is the first confirmed retiree to get the treatment.

The Sun also reported a leak of the soundtrack, which will feature songs by The xx, Slowdive and Perfume Genius.

FIFA 17 is only a few months old and there aren’t many confirmed new features for FIFA 18. There are obvious things that players will always want changed, such as more realistic close ups of the most famous footballers, but FIFA 17 was a great step up for stuff like that.

Gameplay is often filled with niggles but it depends on your preference – we find it hard to tackle, whereas others find it more difficult to shoot. Everyone wants something different.

From playing FIFA 17, though, there are a couple of things that stand out. For us, we really want EA Sports to change penalties back to the way they were. They were hard enough to master before, and now with the arrow protruding from the ball with a power bar built into said arrow? No thanks EA. And then the arrow doesn’t even appear in multiplayer because your opponent will know where you’re about to kick the ball. So you just miss instead. Great.

Also Zlatan is the eighth best player in the game. Hmm. FIFA 18 will more than likely be celebrating Cristiano Ronaldo once again, with a boost to his overall performance in the game.

Maybe it’s the journalists in us, but we’d also like to see EA hire a proper writer to do the dialogue in The Journey. Cut scenes with actions like interview answers and contract negotiations added much-needed colour to an old game system, but sometimes it’s a bit stale. 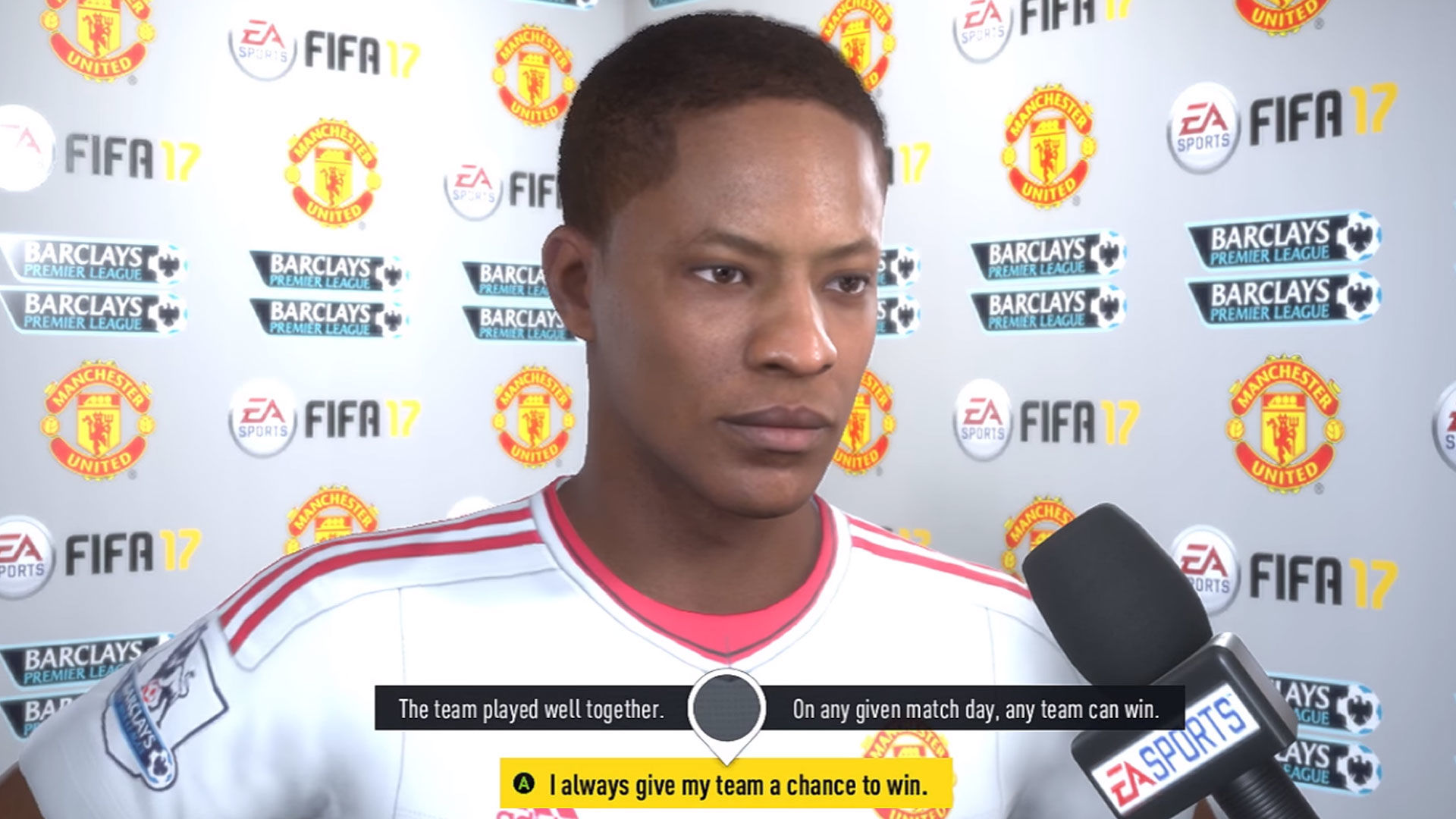 While gameplay itself likely won’t differ a great deal, some things we should see include improvements to in-game graphics and FIFA 18’s overall usability – fewer yellow cards handed out by the refs would be nice. We’d really like to see support for VR in the next instalment, too.