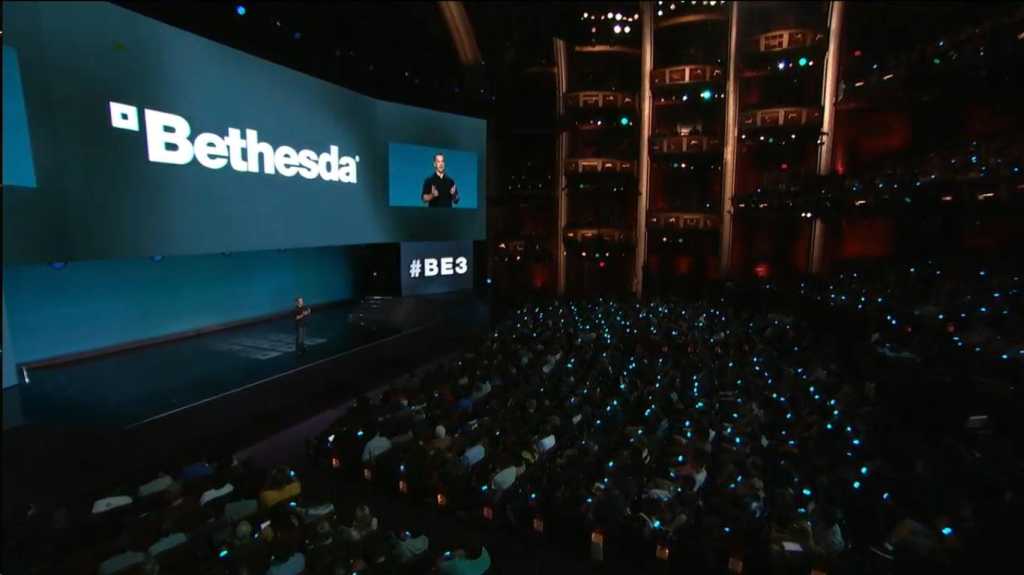 Bethesda is set to take to the stage today ahead of E3 2019 to showcase everything the company has been working on in the past 12 months. While the company hasn’t explicitly detailed what’ll be announced, teasers and rumours suggest it’s set to be a big one. While it’s a late start for us Brits, here’s all you need to know about Bethesda’s E3 2019 presentation, including live stream details and our announcement predictions.

While that’s more than manageable for those going along to the event or tuning in for the US, it translates to a rather late night for us Brits, as it’ll take place on the early hours of 10 June 2019 at 1:30am BST.

How can I watch Bethesda’s presentation live?

Of course, like just about every other presentation at E3, Bethesda’s game showcase will be livestreamed to fans around the world. You’ve got a variety of platforms to choose from, including the Bethesda YouTube channel, Twitch and the Bethesda website.

We’ve embedded the YouTube stream above, so bookmark this page and head back later this weekend to see what Bethesda has to showcase at E3 this year.

Unlike other companies showcasing their wares at E3 2019, Bethesda has kept relatively tight-lipped about what it’ll present on Sunday. It has teased that “it’s going to be a hell of a night”, suggesting that we’ll get an in-depth look at the sequel to the 2016 Doom reboot, Doom Eternal. But with Bethesda being Bethesda, there’s probably more to look forward to.

There’s also likely to be some talk about Fallout 76 content (although why they’re bothering is beyond us!), Wolfenstein news and possibly a new title announcement from Arkane.

What we won’t be seeing are Bethesda’s two big upcoming titles, The Elder Scrolls 6 and Starfield. Todd Howard has already confirmed that it’s too early to be talking about those games, so don’t expect to hear anything about them this weekend.