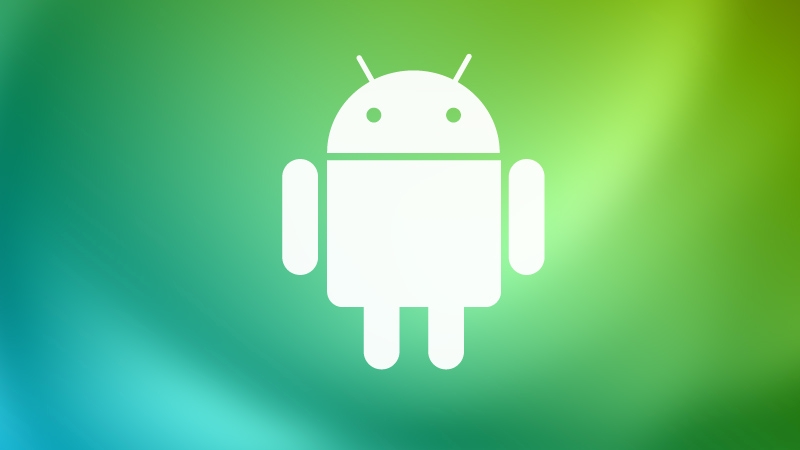 Periscope, the live video broadcast app owned by Twitter, is a new form of social media that is set to take on the likes of Meerkat and bring live streaming into the mainstream. In this feature we’ll explain what Periscope is, how to use it, and why you’d want to. Plus: how to save Periscope replays.

How to use Periscope on Android: What is Periscope?

Periscope is Twitter’s new live broadcasting app, which allows users to either watch or create videos on their phones which can be watched in real time by others. While YouTube provides a way for video creators to build up a catalogue of well made episodic content, Periscope is very different, in that everything is instantaneous and you can interact with your audience while the broadcast is going on. Streams are only stored on the servers for 24 hours before being deleted, although you can save them to your device’s camera roll if you want to keep them longer and share with friends.

How to use Periscope on Android: Installing the app

Installation is very easy, as the app can be found in the Google Play store. Simply open the Store app, search for Periscope, then tap on Install. You’ll be presented with a lengthy list of app permissions, but this is normal due to the social nature of the app and the fact that it needs access to your camera, microphone, and location for the service. Accept these and the app should install without any more questions. 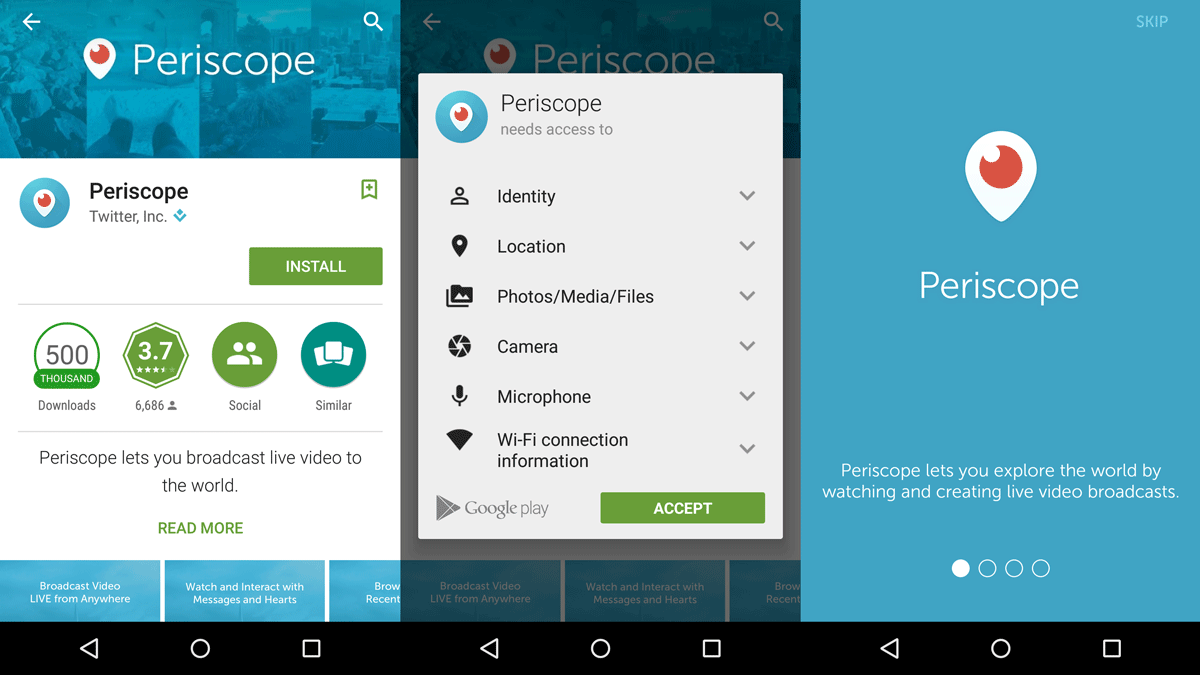 How to use Periscope on Android: Setting up your account

As Periscope is a Twitter app you’ll need to have a Twitter account to use it. Tap the Log in with Twitter button to get started, then enter your existing account details or create a free account. One of the advantages that the Android app has over its iOS alternative is that you can actually use more than one account if you have them. To set up multiples just tap on the one displayed at the top of the screen and then tap the Add Account button. now you can switch between them whenever you want – great if you want to keep your personal and business Twitter IDs separate. 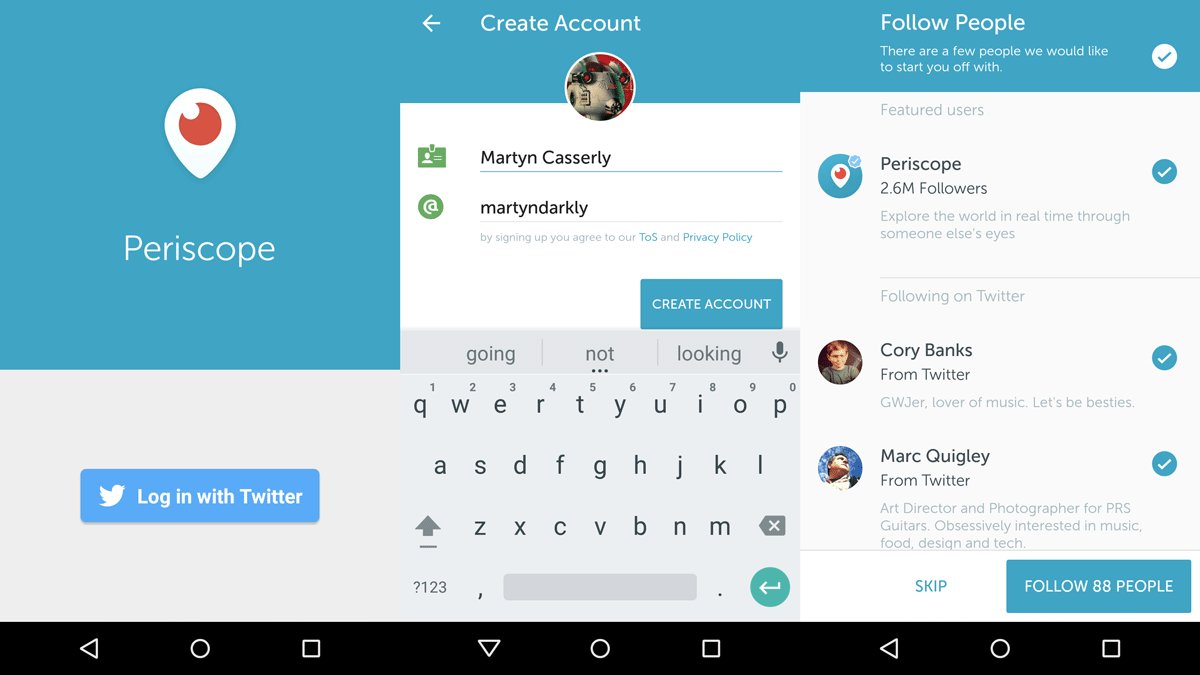 After authorising your Twitter ID, by tapping Allow, you’ll need to also create a username for your Periscope account. When you’ve done this tap Create Account. Now you’ll be shown a list of people you can follow – these will be drawn from who you already follow on Twitter. As Periscope is still quite a recent release it would be wise to accept the people the app suggests, this way you’ll be guaranteed content or an audience. You can of course thin these out later on.

How to use Periscope on Android: Using the interface

The main screen of Periscope looks a little like a Tumblr feed, with a scrollable selection of videos you can tap on to watch. Select one and you’ll be taken to whichever video is currently being filmed/broadcast live. These can range from someone out in the park, to a newsroom showing behind the scenes footage. The first one we found was of a man conducting a video tour of the British Museum.

In the bottom left hand corner you’ll see a scrolling list of comments. To add one yourself tap the Say something… area of the screen and your message will be relayed in real time to the video creator. You could ask them to do something – maybe back up a bit so you can see what they are filming a little better –  or pose a question, which they might then respond to. In the bottom right hand corner of the screen you’ll see a stream of hearts scrolling upwards. These are generated by users tapping the screen. Unlike Facebook, where you can only like something once, on Periscope you generate hearts each time you tap the screen. This allows real-time (there’s that term again) feedback for the creator, akin to cheers or applause from the audience. With this feedback they can judge with things people are enjoying and which they are not – making the interactive experience hopefully better for everyone. You can also see the number of people currently watching the stream displayed in the bottom right corner. 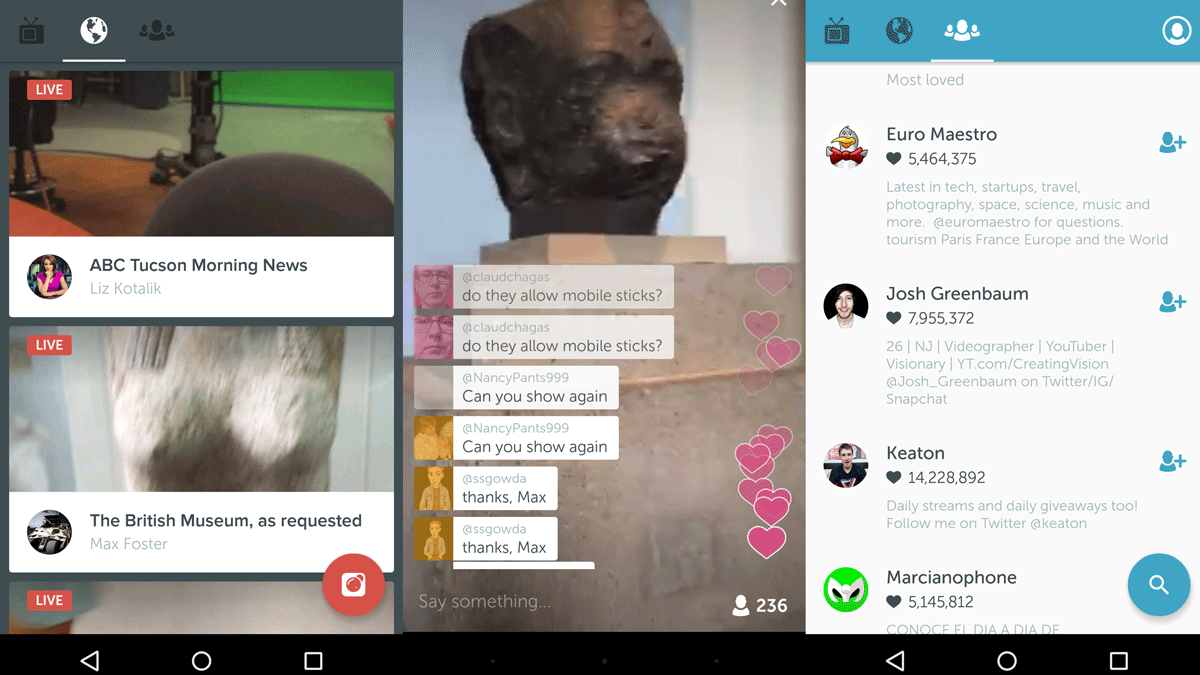 Tapping the cross in the top right corner takes you back to the main screen. You’ll notice that there are three main icons across the top – a TV, globe, and people. The TV option shows you a list of any of your friends that are currently broadcasting, the globe is the default that appeared when you first loaded the app, showing all the latest streams from around the world, and the People icon is a list of popular users that you can follow by pressing the plus icon of the right hand side.

One other icon remains on the right hand side – the person in a circle. Tap this to see your own profile, how many followers you have, who follows you, and down at the bottom there is the Settings option. In here you’ll find controls for notifications which let you know if any of your friends begin broadcasting or shares a saved broadcast. One important option to take note of is the Autosave Broadcast control – this ensures that anything you create will also be stored in your camera roll, so you won’t lose it when the Periscope servers delete them after 24 hours.

How to use Periscope on Android: Creating your own live broadcast

Return to either the global or TV feed and you’ll notice a red camera icon in the bottom right corner of the screen. This is your record button, which will allow you to start your own live broadcast. Before you begin, remember that video content uses up a lot of data. So if you have a small allowance in your monthly tariff, then it would be best to wait until you find a Wi-Fi hotspot or keep your broadcast short. When you’re ready to go tap the camera icon.

First of all you’ll need to give your broadcast a title, so that people will know what it’s about. Then you can choose whether to make it Public or Private by tapping on the options in the top left corner. Public is exactly as it sounds, while Private means the feed will only be available to a list of people from your contacts that you select. Under the title line you’ll see three other icons that can be toggled on or off by tapping them. The first is location (so people will see where you are), tapping the next one means only users who follow you can comment on the stream, and the last one selects whether the broadcast details are posted on Twitter. When you’re happy with these settings tap Start Broadcast to begin. 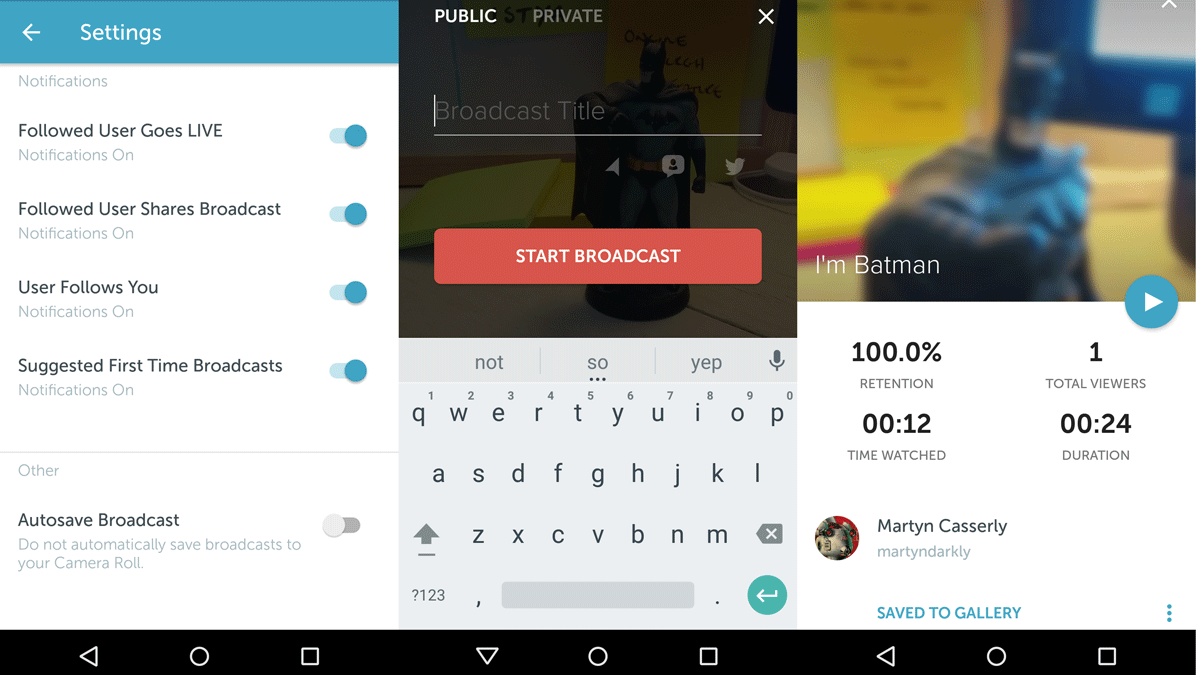 Now you’ll be live across the globe, and if anyone taps on your broadcast they’ll be able to watch what you’re doing and comment accordingly. Obviously the longer you broadcast the more chance an audience will find you. The default view is the rear camera on your phone, but to switch to the back camera double tap the screen. Swiping up from the bottom reveals the chat window, so you can type in responses, and swiping down from the top reveals the Stop Broadcast button which you tap to end the stream.

Once you’ve completed your broadcast you’ll see the information about it – length, viewers, retention rate – and, if you have the option selected, that it’s been saved to your camera roll. The three dots that follow this last stat opens up a menu where you can select to Remove Replay (meaning that the stream will no longer be available to view for the 24-hours), Delete Broadcast (which removes it completely), and Hide Chat (which stops any comments being displayed). That’s it. Periscope in a nutshell. If you return to the TV icon you’ll see your video listed, but come tomorrow it will be gone. So, enjoy the experience while it lasts.

How to use Periscope: How to save Periscope replays

In common with Facebook Live it’s now possible for Periscope users to save replays of their live broadcasts, and it’s really easy. All you need to do is include the hashtag #save in the title. You can later delete the broadcast if you wish. The new feature is currently in public beta.