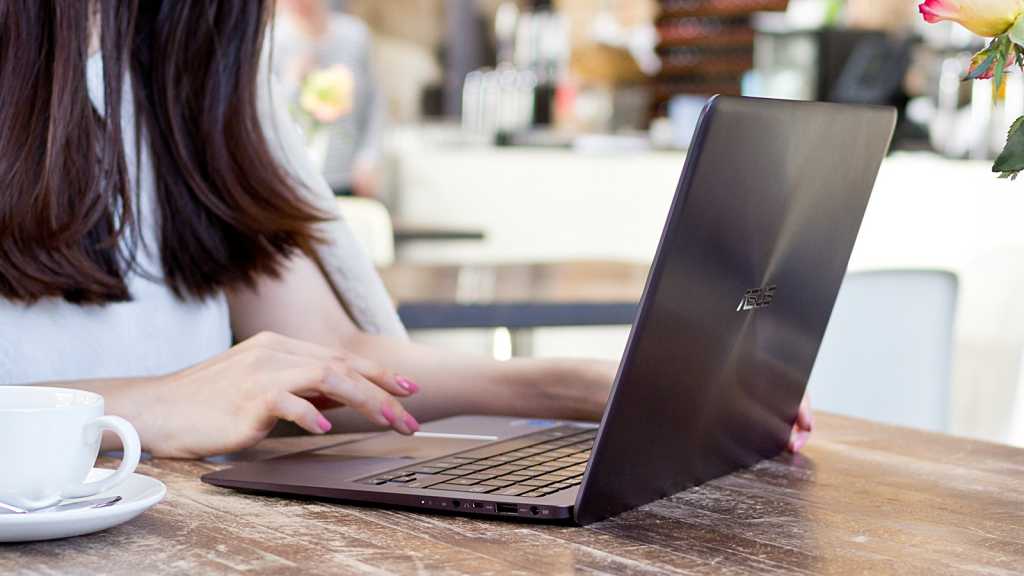 We’ve been asked literally multiple times to explain how to set an animated GIF as the desktop wallpaper in Windows. Quite why you’d want to do this is something of a mystery, but for those who want to be driven to distraction by flickering wallpaper (or be seduced by Manga) while they’re working away on their PC or laptop, here’s how to do it. See also: The 10 best new features in Windows 10

First, it’s impossible to do this without extra software. Windows doesn’t support animated GIFs as background images, so although you can select one and set it as your wallpaper, it will appear as a static image: effectively the first frame of the animation.

There are a few programs that will play animated GIFs as a wallpaper, including Stardock DeskScapes and  BioniX Animated Wallpaper

We’ve used BioniX here, but it’s well worth paying for Stardock as it’s much more polished and doesn’t wallpaper over your desktop icons like BioniX does with full-screen images (it’s fine for smaller GIFs which occupy a smaller space in the middle of the desktop). There is an option to ‘paint below desktop icons’ but this isn’t recommended as it causes a lot of disk reads.

How to set a GIF as your background in Windows 8.1

BioniX has another advantage: it works in practically all versions of Windows including 8.1, under which we tested the application.

Once you’ve downloaded it from the link above, double-click on the file to install it. The animated tool is separate from the main wallpaper utility, but you launch it by going to the Tools menu and clicking on Wallpaper animator: 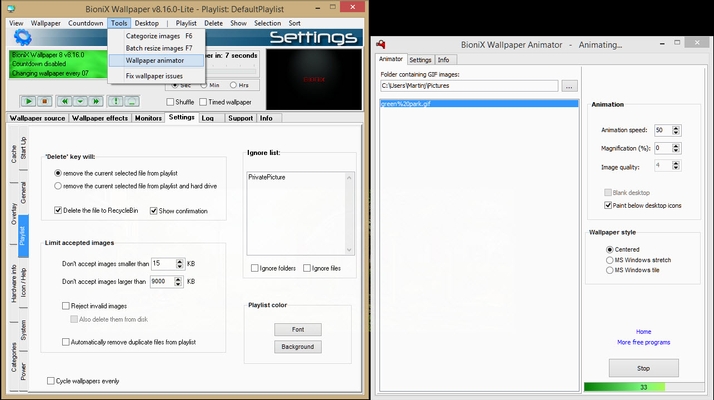 Next, point it to the folder in which your animated GIFs reside and click on one in the list which appears on the left. The animation will immediately be set as your wallpaper and begin playing. (It may not play on a second screen. We tried various animations and some played on both, while others played only on the main screen.)

You then have options for playback speed, quality and zoom. Counterintuitively, a higher speed number yields slower playback, but you’ll have to try different numbers to get the ideal speed for your GIF.

When you’re happy, just minimise the Wallpaper animator window and the main BioniX Wallpaper application. Both will disappear to your notification area of the taskbar.

To stop an animation or select a different one, click on the red dragon icon. The main app has a computer screen icon. 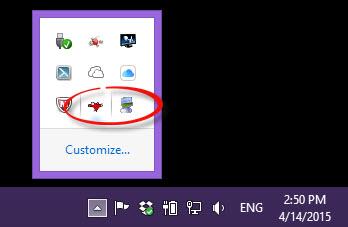