Interested in finding out more about the game? Take a look at our  Final Fantasy 15 (console) review and our  top Final Fantasy 15 tips and tricks. There’s also a new Pocket Edition of the game now available for iOS and Android devices.

When is the Final Fantasy 15 PC release date?

Great news, PC gamers! FF 15 is coming to Windows in a few weeks after a long wait, and it’s going to look even more epic (if you have a high-end PC, that is) than ever before. Nvidia and Square Enix have teamed up to bring support for 4K, 8K and HDR10, plus Dolby Atmos so if you have hardware that supports those resolutions and technologies, you’re going to be in for a treat.

It will also support ShadowPlay Highlights and Ansel so you can take great in-game screenshots and easily share them.

Plus, as it says on the game’s Steam page (and in the trailer above), it will have a first-person mode along with “a wealth of bonus content, including content contained in free updates to the console versions as well as paid downloadable content originally available through the Season Pass.”

Can I play Final Fantasy 15 early on PC?

Yes, you can – you can download the Final Fantasy 15 demo on PC via Steam, Origin and the Microsoft Store after a 26 February launch. In a blog post, Square Enix revealed that the demo features the entirety of chapter one including tutorials and secondary quests, and also works as a good way for those with low-powered rigs can run the game at a satisfying pace before you slam down £34.99 on the game.

Will there be a sequel?

Not according to director Hajime Tabata who told Polygon during an interview at Gamescom that Square Enix will continue to update FF15 instead.

“If you do that full sequel model of expanding on an IP or a series, it’s good in certain ways,” said Tabata. “The negative of that is there’s a very large open period where you’re not releasing anything. In that period, you get people to move away, and their attachment to the franchise dissipates a little bit.” 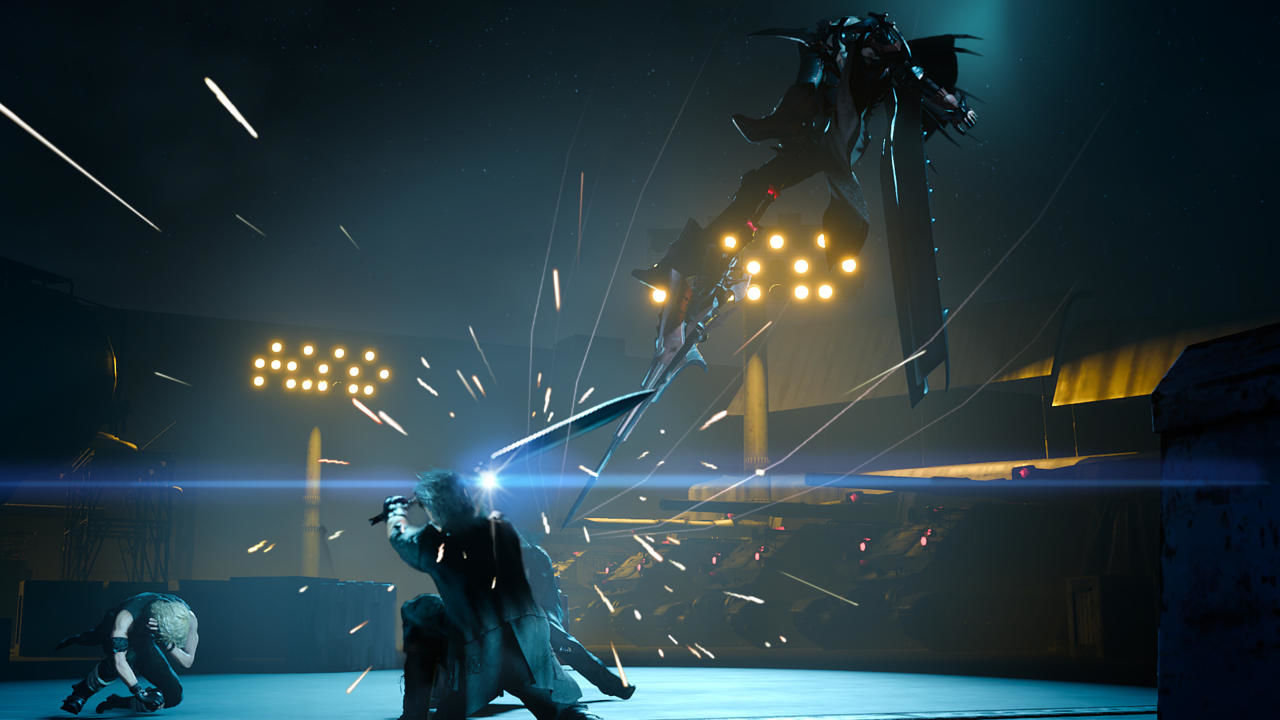 How much does Final Fantasy 15 cost in the UK?

Those looking to pre-order the upcoming Windows Edition of Final Fantasy XV have a number of options available. First up, you’ve got Steam (£34.99), but it’s also worth noting that those who buy it from the Microsoft Store (£34.99) will benefit from the company’s Play Anywhere scheme, allowing you to pick up where you left off on console rather than starting all over again.

It’s also worth noting that if you pre-order the game ahead of release, you’ll gain access to a range of exclusive in-game items. These range depending on where you pre-ordered, so take a look below at the available options and decide which is best for you: 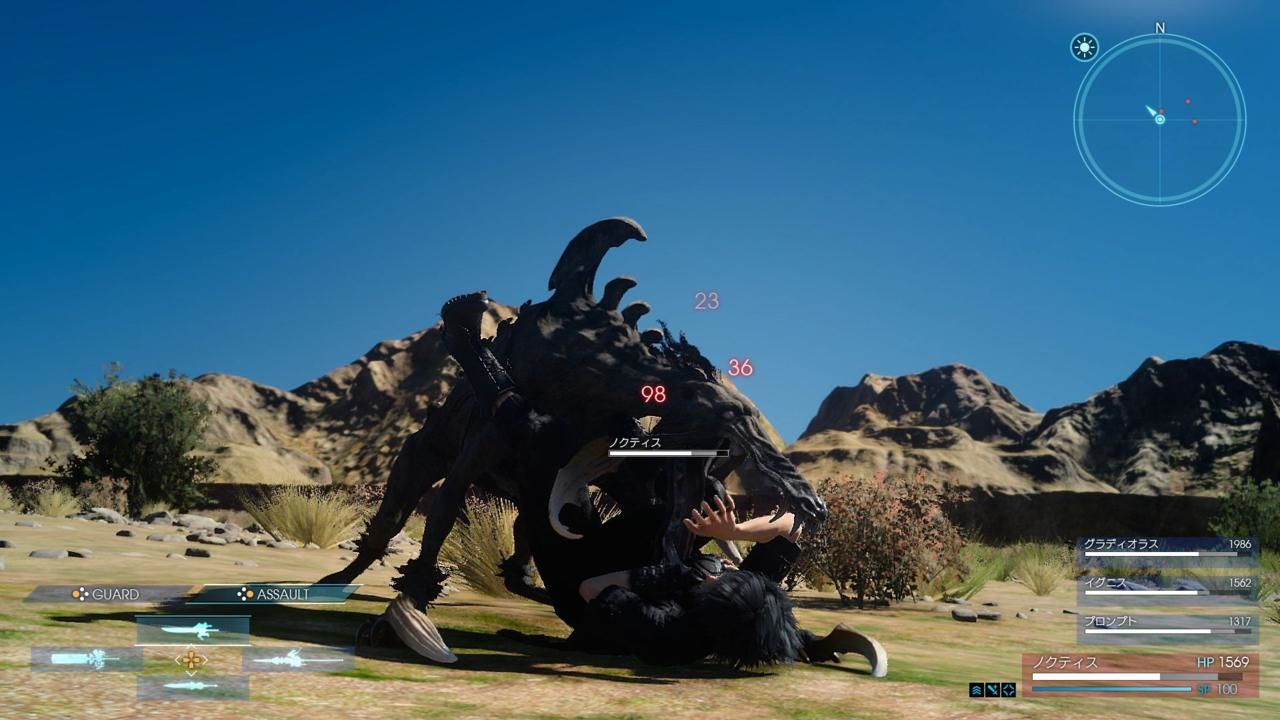 So, does Final Fantasy XV offer enough to tempt those that have already completed the game and spent 100s of hours in Eos on console? Surprisingly, yes, it does include a range of content exclusive to the PC port of the game.

The biggest addition is an extended map that allows Noctis and the gang to explore the ruins of Insomnia City, bringing with it a range of new side quests and all-new enemies. If that wasn’t enough, hardcore players can also opt to take on a battle with the Rulers of Yore, adding a lot of great end-game content for fans.

As well as an extended map, gamers will be able to access a fully-controllable Royal Vessel boat, allowing you to set sail between Cape Caem and Altissia whenever you desire. It can also be stopped mid-journey for a spot of fishing, with the latest update offering range of new fish and recipes to discover.

You’ll also gain access to a brand-new accessory called Armiger Unleashed once you’ve collected all of the royal arms scattered throughout Eos. The mode brings brand new attacks that can be used once Armiger has been activated to deal devastating damage to your enemies.

You’ll also gain access to a range of DLC, along with the entire console season pass including Episode Gladiolus, Episode Prompto, Multiplayer Expansion: Comrades and Episode Ignis. Oh, and you’ll also be able to play the entire game in first-person perspective. Not bad, eh? 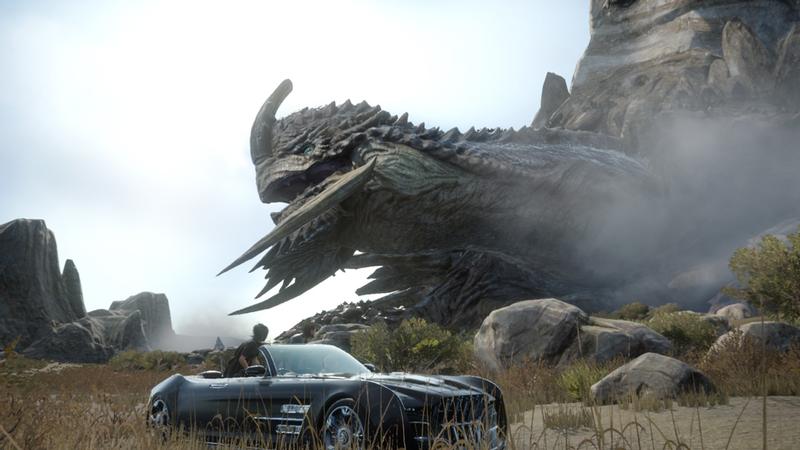 Final Fantasy XV was first unveiled back in 2006, and its lack of public development announcements since led to speculation that the game might not launch after all. However, during E3 2013, the developers showed off the game once more, which had been renamed from Final Fantasy Versus XIII to Final Fantasy XV. It was announced that the game would be coming to PS4 and Xbox One, and the first gameplay trailer for the game was released.

Then, in 2014, Square Enix released a Final Fantasy XV demo called Episode Duscae, designed to give players an idea of what the game will be like to play. It’s set during the opening sequence of the game, and the free download code comes with every day-one edition of Final Fantasy Type-0HD, which arrived on 20 March 2015.

Pre-orders begun a few months before the promised release date of 30 September 2016, but as we now know, this wasn’t fulfilled. Why? According to game director Hajime Tabata, the game reached ‘master version’ (ready to ship) and the team started work on a major day one patch, which should “satisfy most players out there” – so why was it pushed back? The team decided to postpone the launch so the game could feature the day one patch on the disk itself, allowing users to enjoy the game as soon as they receive it and not have to download and install a huge update over the internet.

“From the moment we joined this project, our vision was to create a level of freedom and realism previously unseen in the series. Regrettably, we need a little bit more time to deliver on this vision and are confident that this new release date will help us achieve this,” said Tabata. “As the director and lead of this project, I wish to personally apologise for the additional wait. As a team, we want Final Fantasy 15 to achieve a level of perfection that our fans deserve. We kindly ask for your understanding.”