Most of the time, you can buy something from eBay without any major trouble, and often you’ll be able to get yourself a great deal. But occasionally, very convincing scammers find their way onto the site and unsuspecting buyers find themselves disappointed and out of pocket when they receive (or often don’t receive) their item. Here are 5 of the worst eBay cons we’ve seen.

In February, Paul Barrington from Devon was excited to receive the MacBook he ordered from eBay for £300, only to open the box and find a piece of paper with a photograph of the MacBook he thought he had paid for. The seller had good feedback so it was a scam that anyone could have fallen for. 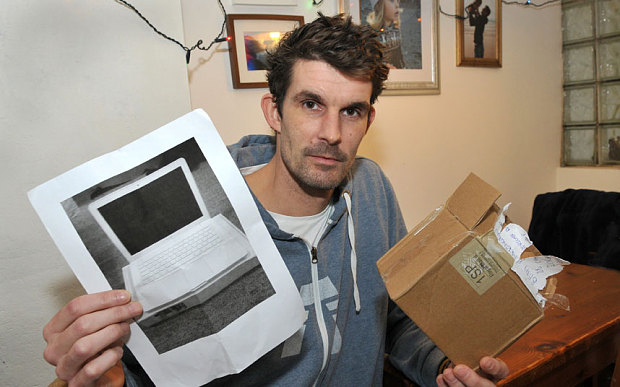 He’s not the first person to fall victim to such scam. In 2013, Peter Clatworthy from Nottingham paid £450 for a new Xbox One and was sent just a photograph of the console. To make matters worse, the seller had written “Thank you for your purchase” on the back of the photograph.  Again, the seller had good feedback on eBay.

On both of these occasions, the buyer got their money refunded, but that didn’t stop the disappointment and frustration.

Also in February of this year, Michelle De’Athe from Devon was left £5,000 out of pocket when she attempted to buy a ice cream van on eBay (she’s an ice cream seller, in case you were wondering). 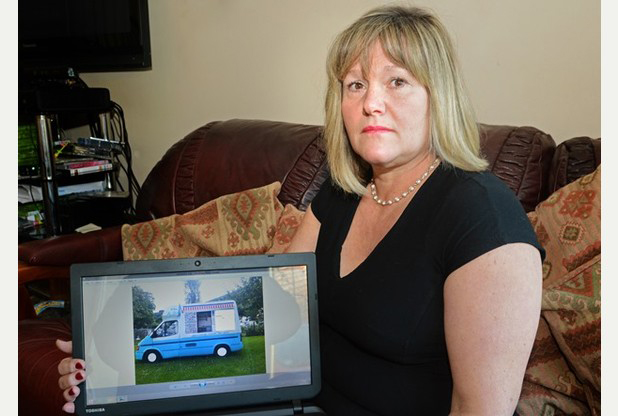 Unfortunately, this time, the actual transaction was made outside of eBay or PayPal, because the seller removed the van from sale from eBay. Michelle was desperate for the van, as it was a perfect replacement for one she’d recently crashed, so she managed to get in touch with the seller. They told her to pay it into her bank account through a service she believed was PayPal. The van was never delivered, and she’s unlikely to get her money back.

A very similar scam involving a campervan saw a pensioner conned out of £6,590 late last year, believing that he was protected by eBay because the seller cleverly convinced him he would be.

It’s not always buyers that get scammed on eBay. One seller earlier this year discovered that someone had cloned his listing of a Campervan, and listed it for sale at the same time but at a significantly cheaper price. Thankfully, the seller contacted eBay to prevent an unsuspecting buyer from falling for the scam, but it meant that he struggled to sell the actual Campervan.

While it’s difficult to determine whether a listing is genuine on eBay, we’d advise you to carefully read the product description, and make sure you pay via eBay and PayPal to protect your payment, so that if you do get conned, you’ll be able to get your money back.