Speaking on why it has made a smaller iPad Pro, Apple said about the 9.7in screen size: “It’s a large enough display to get your work done, but small enough to take every with you” said Phil Schiller, senior vice president, adding that the company has sold 200 million 9.7in iPads in total. We’ve also compared the 9.7in iPad Pro with the 12.9in iPad Pro.

The “majority of people are coming to iPad Pro from Windows”, added Schiller, calling the iPro Pro the “ultimate PC replacement”.

We’ll post a link to our review of the iPad Pro 9.7in as soon as it’s ready; in the meantime we’ve listed all the new iPad’s features, tech specs, pricing and other details below.

The iPad Pro 9.7in shipped from 31 March and is available to buy direct from Apple now.

There are three models of the iPad Pro 9.7in to choose from and you’ll need to decide how much storage you want, as that’s the main difference. You can, of course, choose which colour you want and it’s now available in Rose Gold alongside the usual Silver, Space Grey and Gold.

iPad Pro 9.7in Wi-Fi only price

iPad Pro 9.7in release date: Where to buy the iPad Pro in the UK

The iPad Pro will be available from Apple, third-party retailers and mobile networks from 24 March, before officially launching on 31 March.

You can order from Apple with a starting price of £499 here, and Apple has an option that lets you spread the cost for up to 24 months with PayPal.

But Apple isn’t the only place you can buy the new iPad.

You can order the iPad Pro 9.7in Wi-Fi and cellular version on a contract plan from Vodafone, O2 and EE. Three is also likely to stock it soon.

We’re expecting the likes of Currys, John Lewis, Tesco, Ebuyer, Simply Electronics, and Apple Authorised Resellers including Jigsaw24, KRCS, and Stormfront to stock the new iPad Pro too., so check in with them for the latest prices. 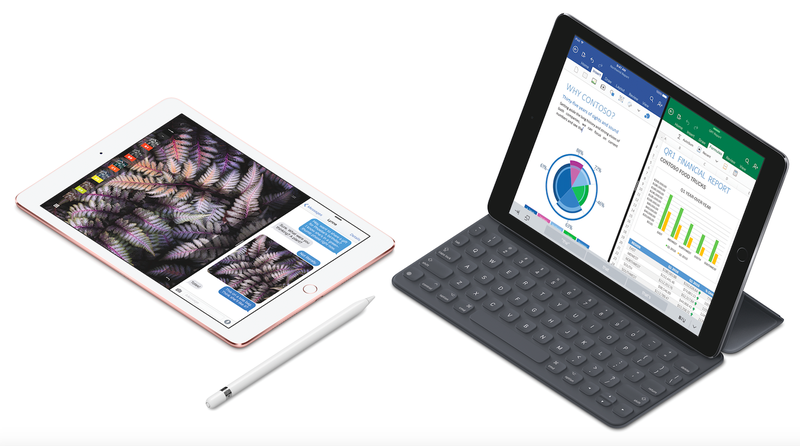 One of the main draws of the iPad Pro 9.7in is that it used that classic screen size so will be suited to those who think 12in is too big. Although the resolution matches the iPad Air 2 at 2048×1536, there are some technology advancements in this iPad.

Apple calls it a Pro Display and it features photo alignment, Oxide TFT and Custom timing controller. Improvements being touted by Apple include that the display is 40 percent less reflective than the iPad Air 2 – lowest of any tablet on the market.

It’s also 25 percent brighter than Air 2, making it the brightest tablet. Lastly it has a wide colour gamut with 25 percent greater colour saturation than the iPad Air 2. You might also like: iPad Air 2 vs iPad mini 3 comparison. 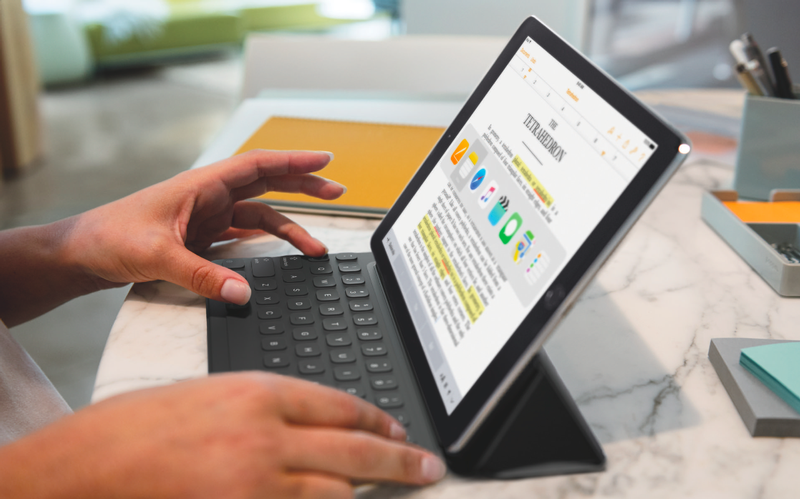 It features Night Shift which knows the time of sunset for your location and adjusts the brightness as the sun goes down to make it easier on your eyes. It also changes the temperature so there is less blue light to help you sleep better.

Apple also says it has a True Tone Display. This means it measures the colour temperature of ambient light and adjusts the display settings accordingly. The firm says it: “uses new four-channel sensors to dynamically adjust the white balance of the display to match the light around you for a more natural and accurate, paper-white viewing experience.”

A smaller iPad Pro also means it’s easier to take around with you on your travels. The iPad Pro 9.7in is just 6.1mm and 437g (Wi-Fi only) which is a decent chunk lighter than the 12in iPad Pro which is 713g.

Inside the iPad Pro 9.7in is the A9X processor, Apple’s 3rd generation, 64-bit chip which has the M9 coprocessor. It also has a 12 core GPU (Apple says it’s more powerfull than an Xbox 360). That’s the same as the 12in iPad Pro and the new model has the same four-speaker audio system.

Interestingly, the new iPad Pro 9.7in only has 2GB of RAM whereas the 12.9in model has 4GB.

Apple has given the iPad Pro 9.7in better cameras, though, so at the back on a 12Mp iSight camera which can record 4K video and there’s also a 5Mp FaceTime HD with Retina Flash. 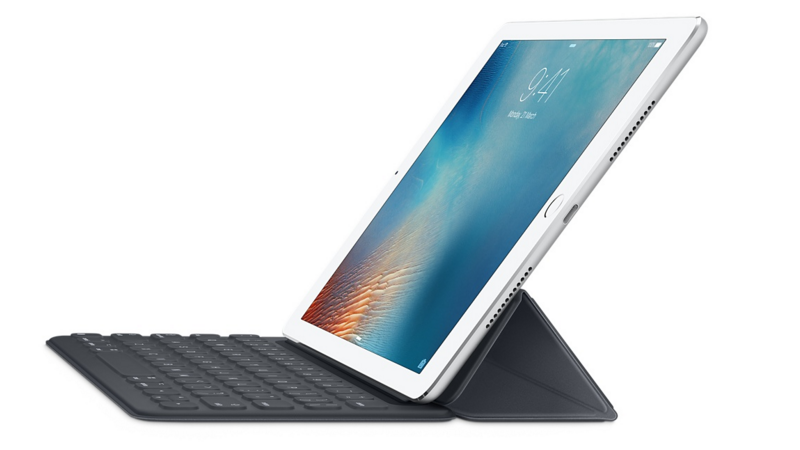 As you would expect there’s Apple Pencil (£79) support and a Smart Keyboard to match the size of the smaller iPad Pro. The keyboard case is available to order on 24 March for £129.

Apple says the new iPad Pro features always-on “Hey Siri” and the 27.5Wh battery will provide the classic 10 hour battery life of ‘surfing the web on Wi-Fi, watching video or listening to music’.

New accessories include a Lightning to SD Card Camera Reader (£25) and Lightning to USB 3 Camera Adapter (£29 and also works with other USB devices).