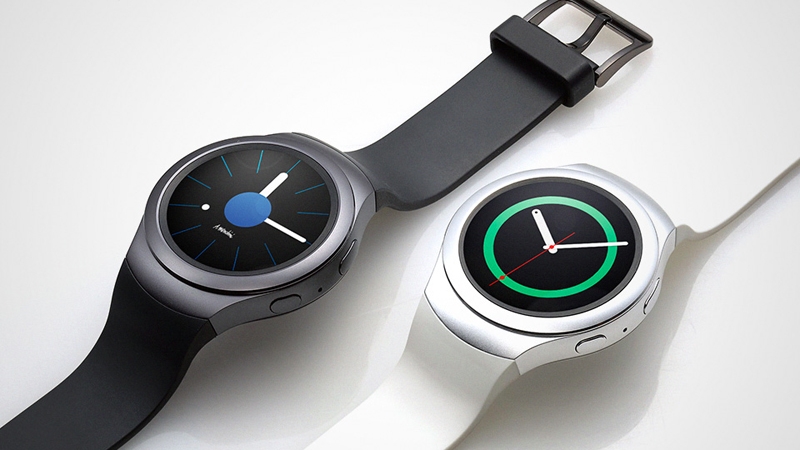 The UK pricing and exact release date has not been announced for the Gear S2, but we do know that it will be available from October and we can hazard a guess on pricing based on what we already know.  Also see: The best smartwatches.

In Canada Best Buy is accepting pre-orders for the Gear S2, which it says will go on sale there on 2 October. It’s requesting CA$399 for the standard Gear S2, and CA$429 for the Classic model. That translates to £260 and £280 respectively (although it’s very rare that you see a direct dollar-to-pound conversion).

Our best guess then is that UK pricing will start at £259 for the standard model and £299 for the Classic Gear S2. However, the 3G version is apparently not coming to the UK this October.  Wareable speculates that the hold-up may be due to issues with the built-in e-SIM, since Samsung does plan to bring it to the UK eventually.

We’ll update this article once UK details have been confirmed by Samsung.

Samsung Gear S2 features: What to expect from the Gear S2

The Samsung Gear S2 follows the growing trend of circular smartwatches, with a 1.2in SuperAMOLED screen, stainless steel body and interchangeable wrist straps. This one runs Tizen rather than Android Wear, although as we’ll explain later that won’t necessarily be a concern – you are no longer restricted to using Samsung watches with only Samsung phones.

There are five Gear S2 models. It comes in dark grey with a grey strap or silver with a white strap, with and without 3G, plus there’s a black with leather-strap Classic version. Although the Classic version is more expensive than the standard Bluetooth option we actually found it the cheaper-feeling during our Gear S2 hands-on.

Samsung has worked with Alessandro Mendini on a range of attractive and stylish watch faces and bands, resulting in a range of designs to suit all tastes. 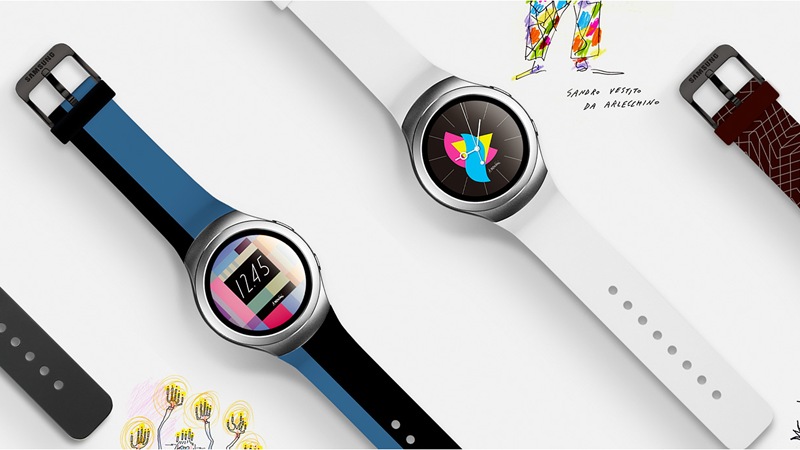 A rotating bezel allows you to scroll through apps, menus and features, skips tracks and zoom into apps, and with its mechanical clicks you’ll eventually find yourself able to launch a certain app without even looking at the screen. This control wheel is a bit like the Apple Watch’s Digital Crown, yet less fiddly and a real pleasure to use.

There are also Android-style home and back buttons on the side, a touchscreen and an integrated mic – the latter lets you make voice commands through S Voice, and with the 3G version you will be able to make and receive calls without a smartphone. That’s it for physical buttons – wireless charging means there’s no need for a suitable connection on the Gear S2’s case. 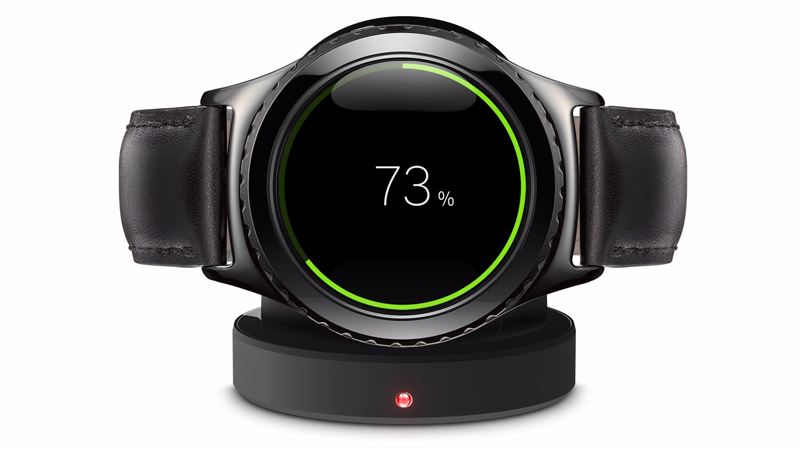 A heart-rate sensor is found on the rear casing of the watch, which pairs with S Health to keep tabs on your health and activity. It monitors your activity, tracks your water and caffeine intake, measures your pulse, counts your steps and can even differentiate between various types of exercise. The Gear S2 can also run third-party apps such as Nike+.

All models of the Gear S2 are IP68-rated waterproof, which means they can handle depths of up to 1m for up to 30 minutes. 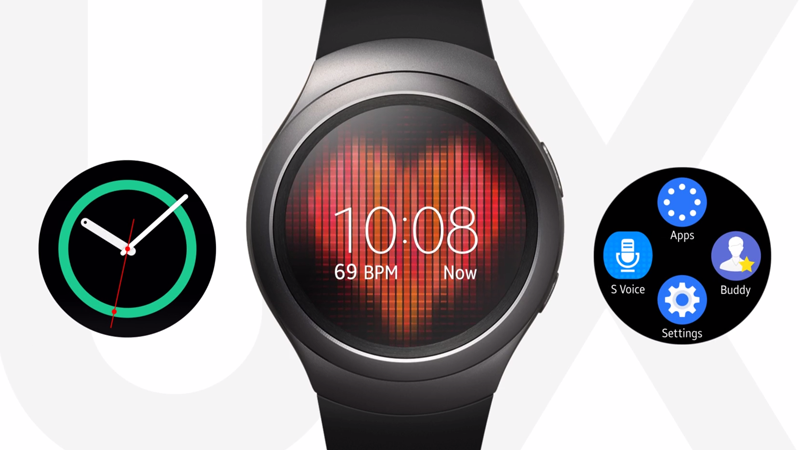 Other specs include a 1GHz dual-core processor, 512MB of RAM and 4GB of storage. That’s enough to sync up to 300 songs, so if you want to go for a run and leave your phone behind, all you need is a pair of wireless headphones to listen to your music as you go.

Samsung says the Gear S2’s battery (250mAh but 300mAh in the 3G version) should last between two- and three days depending on usage.

Previous Tizen watches have been supported only by Samsung’s own smartphones, but the Gear S2 is compatible with any Android phone running KitKat 4.4 or higher with at least 1.5GB of RAM. The company is also reportedly looking to follow Android Wear’s footsteps and add support for iPhone, a Samsung spokesperson told Digital Spy at IFA.

Samsung has published a handy list of phones that have been tested and are ‘officially’ compatible with the Gear S2. Note that your phone not being on this list does not necessarily mean it won’t be compatible. 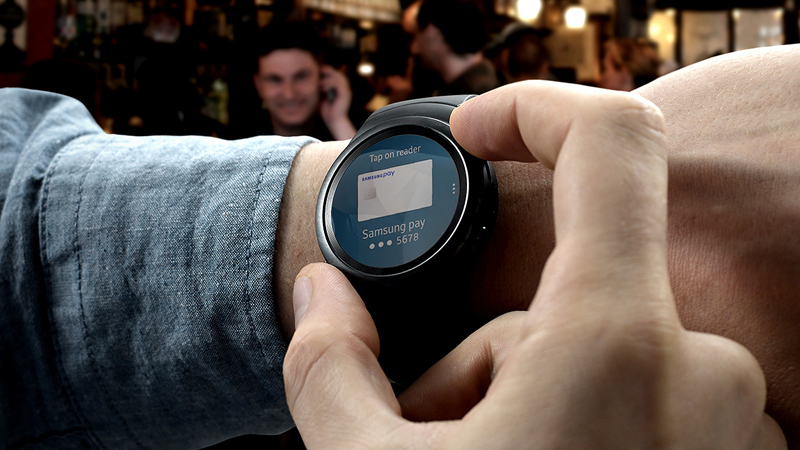 Thanks to its use of the Tizen- rather than Android Wear OS, apps are what will make or break the Gear S2. Within the existing Tizen app store Samsung claims there are 1,000 apps designed for the S2’s circular screen. It also says there are around 70 partners working on S2 apps, and there will be around 50 apps ready at launch time.

Which apps will be available to you will depend to some extent on the country in which you’re using the Gear S2. On its website Samsung touts the Nike+ Running app, Twitter Trends, the LINE messaging app, Yelp for Gear, Volkswagon, SmartThings, Kevo by UniKey, Alipay and Voxer.

Samsung Pay will also be supported on the Gear S2 from November. Samsung has not yet confirmed Pay’s UK release date, although the service will go live in the US on 28 September and in the UK in the “near future”.