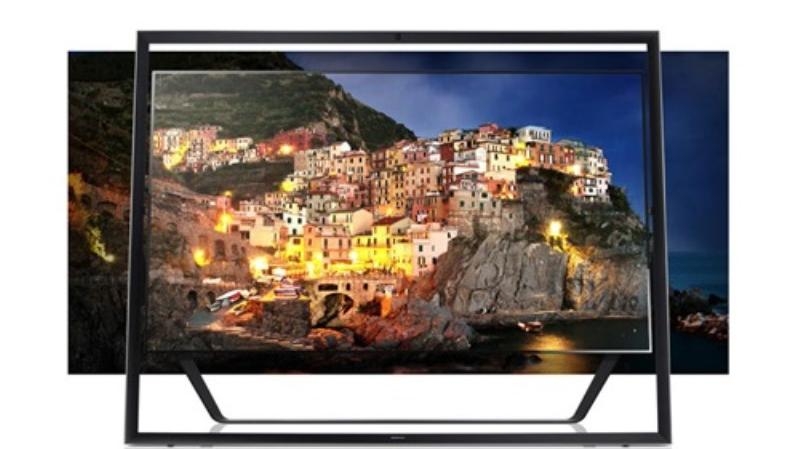 3D has flopped again and is now pretty much confied to cinemas. Now TV manufacturers – along with smartphone makers, Netflix and Amazon – are forging ahead with 4K and Ultra HD. But what does this jargon mean? What kit do you need to watch ultra-high-definition video? Here we explain everything you need to know, the pitfalls to watch out for and where you can get 4K content, including the brand new Ultra HD Blu-ray format.

Put simply, 4K is four times the resolution of ‘Full HD’ video. Most current TVs have a resolution of 1920×1080 pixels, which is called Full HD. That’s a misnomer of course, because 1920×1080 isn’t the highest possible resolution. 4K refers to the number of pixels across the image, which is almost 4000. The actual resolution of most 4K devices is 3840×2160. This is why it is also called 2160p on some phones and cameras.

UHD, though, is the acronym you’ll hear most in relation to TVs as it’s more easily understood as a progression from Full HD. 4K and UHD are used interchangeably, and it simply stands for Ultra High Definition.

Until earlier this year there was no official standard for UHD. No resolution nor other aspects such as the frame rate and colour spectrum were set in stone.That’s why it’s something of a minefield to buy an older 4K TV as you have to be very careful to make sure that it has up-to-date HDMI inputs (at least one needs to support version 2.0) and also the new video format – H.265 a.k.a HEVC – which has become the standard format used for 4K broadcasts and for streaming. Netflix and Amazon are already using it for streaming in UHD.

In January 2016, the recently formed UHD Alliance finally announced a new standard: Ultra HD Premium. You’ll see this on TVs and other devices (such as Ultra HD Blu-ray players) and it means they meet or exceed the minimum requirements for the standard. As the name suggests, it’s a better-quality version of 4K. Resolution remains the same, but it set certain standards for brightness, black level, colour depth and gamut and more to ensure these devices can handle HDR video. HDR is a major reason to buy a new 4K TV with the Ultra HD Premium badge, but many non-premium TVs will still allow you to watch 4K video.

Ultimately, even with the new standard, it’s still very confusing to know what to look for when choosing a UHD TV.

It’s almost impossible to find any TV broadbast in 4K yet, and there isn’t a whole lot of content on Netflix or Amazon. The situation will improve, but there’s now a new option: Ultra HD Blu-ray. This is an update to the Blu-ray standard which means that discs can contain real UHD video.

Previously, you could buy 4K Blu-ray discs, but these were merely created from 4K video downscaled to the normal 1920×1080 resolution. The new Ultra HD Blu-ray discs have 3840×2160-pixel video at up to 60 frames per second and may also have HDR video on them.

The discs themselves cost around £25 and there aren’t many of them yet. Launch titles include Mad Max: Fury Road, Kingsman, The Lego Movie and Life of Pi. Universal is releasing 100 Ultra HD Blu-rays by the end of the year and Sony is also getting involved. Titles such as The Amazing Spider-man 2 are already available from Amazon.

Twentieth Century Fox, Warner Bros. and Paramount will also have Ultra HD Blu-ray discs, with some titles being re-issues of older films which you’ll now be able to watch in glorious 4K.

The discs will not play in a standard Blu-ray player and they are region free (unlike Blu-rays). Some of the new discs will support new audio formats such as Dolby Atmos and DTS:X but there’s no change in the actual quality of the audio on an Ultra HD Blu-ray – it’s the same specification as Blu-ray.

What’s important is that the bit-rate is higher than streaming video services and with features such as HDR, you should see noticeably better quality from an Ultra HD Blu-ray than you will from Netflix or Amazon. And if you do have a surround-sound system, audio should be noticeably higher quality too.

Right now, of course, it’s too expensive to recommend investing in an Ultra HD Blu-ray player: prices are bound to come down towards the end of the year.

A resolution of 1920×1080 roughly equates to 2 megapixels, which isn’t very high by today’s camera standards. Displays, however, have lagged far behind camera sensors, and it’s only now that we’re seeing TVs and computer displays with resolutions higher than 1920×1080 becoming affordable.

What you need to watch UHD TV

Obviously, a 4K display is the first component you’ll need. Usually that means a TV, but there are also projectors and computer monitors. We’ve reviewed the latest 4K PC monitors.

If you’re buying a TV, look specifically for HEVC / H.265 support. It’s useful to try to get the apps you’ll need on board, rather than relying on an external set-top box or media streamer. Currently, though only Amazon and Netflix have 4K-compatible apps, and it’s crucial to check if your chosen TV includes the 4K versions of the apps before you buy.

When adding 4K sources, your TV will need HDMI 2.0 ports that support HDCP 2.2 or later. On cheaper 4K TVs, you might find only one port supports this, with the others only supporting older versions of HDMI, such as 1.4.

If you need more than three or four HDMI 2 ports, you should consider a 4K-capable AV receiver. Again, ensure the ports are HDCP 2.2 compliant.

Aside from a UHD TV, you’ll need some content to watch. All UHD displays will upscale lower resolution video, just as Full HD TVs do now. Upscaling is similar to enlarging a photo in an editing program: it doesn’t add extra detail, it merely uses interpolation to ‘guess’ the colour of the newly created pixels. 1080p video upscaled to 4K might seem sharper, but in reality you’re looking at the same level of detail a Full HD display would show. Some TVs are better at upscaling than others, with Sony being one of the best.

If you’re going to spend hundreds or thousands on a UHD TV or monitor, you’ll want 4K video to get the most out of it. This is still surprisingly thin on the ground, but it will broaden out hugely in 2016.

BT broadcasts certain programmes in UHD on its Sports channels, and Sky has just announced its new Q box which will let you watch sports, movies and TV shows which Sky will be broadcasting in UHD in 2016, hopefully including the next series of Game of Thrones. BT’s is a broadband service and you’ll need at least a 44Mbit/s download speed before BT will offer you a UHD box.As you’d expect, the BBC and other broadcasters are all working towards offering a UHD service.

And, as we’ve said above, there’s the new Ultra HD Blu-ray discs and players.

Before you get too excited, both services offer UHD only for a limited number of shows. For Netflix you’ll need a Premium subscription (£8.99 per month) and a 4K TV with the Netflix app and support for HEVC / H.265. Don’t forget that your broadband connection needs to be a ‘reliable’ 25Mb/s in order to reliably stream UHD content from Netflix.

Amazon doesn’t charge extra for UHD, which is nice, but you will of course need a 4K TV with the Prime Instant Video app – or the new Amazon 4K Fire TV which you can buy for £79.99.

Both services have some of their own original content in UHD – Transparent and Alpha House for Amazon, and House of Cards and Breaking Bad for Netflix. Amazon has several upcoming original shows which will be available in UHD, as does Netflix.

Only Amazon lets you buy 4K movies, though. These start at £14.99, and the list includes After Earth, Captain Phillips, Elysium, Crouching Tiger, Hidden Dragon,Godzilla, Moneyball, The Mask of Zorro, The Amazing Spider-Man, The Amazing Spider-Man 2, The Da Vinci Code, The Patriot, Think Like a Man Too, This Is the End.

Besides video, you can watch photo slideshows in glorious 4K on a UHD TV. Photos, as we said right at the start, contain more detail than any Full TV can show natively, but a 4K TV can show almost all the detail of an 8Mp photo. An iPhone 5, for example, takes photos at a resolution of 3264×2448 which is similar to 4K resolution.

Don’t bother looking to games consoles for 4K content, though, as both the Xbox One and PS4 lack the necessary HEVC H.265 decoder. If you have a new PC with a powerful graphics card, there’s a chance it might support 4K gaming but only if you have an Nvidia GTX 980 or Radeon R9 295 graphics card. Even then, a single card will struggle to maintain more than 30 frames per second at 3840×2160.

You can create your own 4K UHD content by buying a 4K camcorder, 4K GoPro or a smartphone which can record 4K video. Most of the current flagship models do this, including the iPhone 6S, Galaxy S6, LG G4, HTC One M9, Nexus 5X and 6P, Xperia Z5 and Moto X Style and Force.

However, just because a device supports 4K recording doesn’t mean it will be top quality 4K. The same sentiment applies to 4K video. Just as Full HD quality varies between Blu-ray movies, streaming services and broadcast TV channels, so will 4K video.