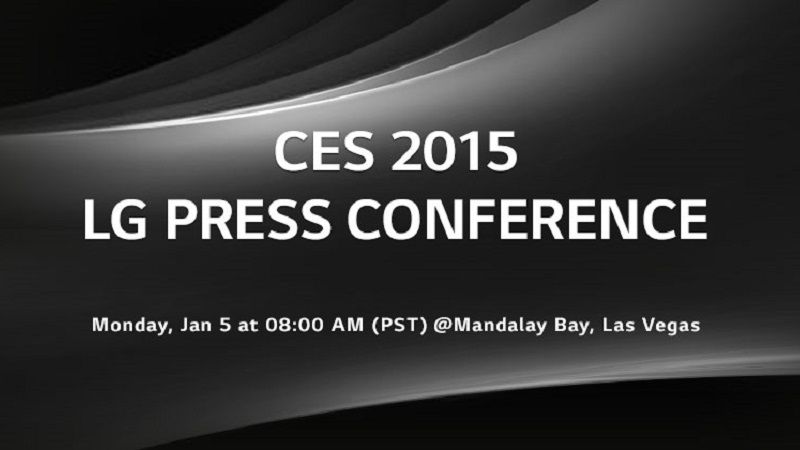 LG will host its CES 2015 press conference on 5 January at 8am Pacific time (that’s 4pm Monday in the UK) and we’ll be providing a live video stream so you can catch all the news as it happens.

“Find out about the groundbreaking LG 4K OLED, as well as our next generation of ULTRA HD 4K TV with Quantum Dot technology and our best-ever LED TV lineup for the new year,” said LG in a blog post.

So clearly TVs (4K and WebOS) will be a big deal for LG this year with Quantum Dot the particularly stand out and interesting item on the agenda. It’s unlikely that LG will only announce new TVs at CES 2015, though.

Like Samsung, the firm makes all kinds of products including home appliances so we wouldn’t be surprised to see the odd fridge or washing machine. We’re more interesting in what LG will introduce in the computing and mobile areas though.

LG is tipped to announce the G Flex 2 as a follow-up to its first curved screen smartphone (which was something of a letdown). That could be interesting if LG has made significant improvements and it will supposedly pack a higher resolution screen and an improved self-healing coating. We’d also like to see a new tablet to replace the excellent G Pad 8.3.

Stay tuned to PC Advisor for coverage of CES 2015 over the next week.