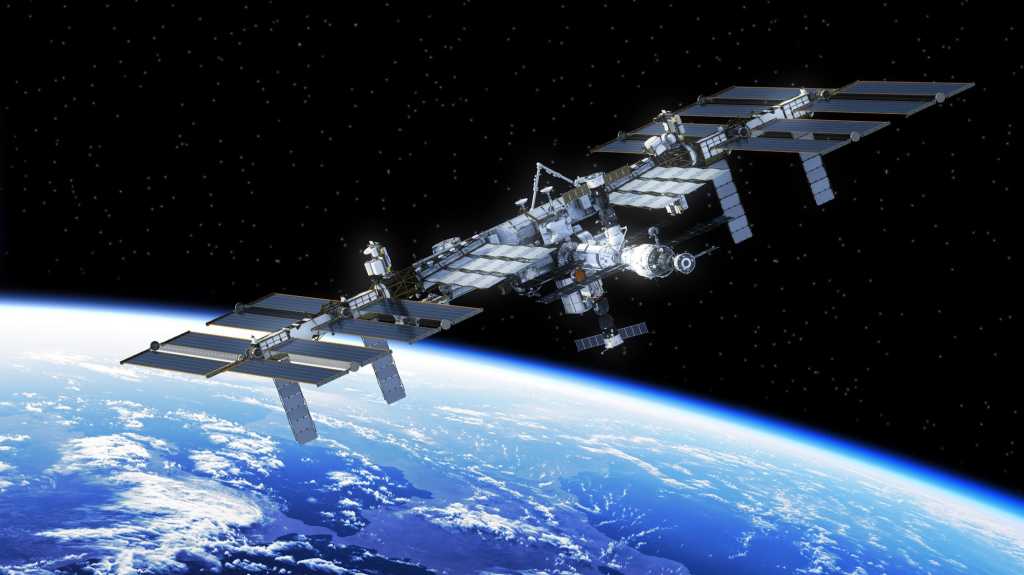 Little ones who are excited by the magic of Santa and his reindeers will enjoy watching Father Christmas’ sleigh pass over the UK. The man in red isn’t subject to the travel restrictions we’re facing this year, so will still be making his journey around the world to deliver presents to children.

Adults can help keep the magic alive thanks to the International Space Station (ISS), which will pass over the UK twice on the morning Christmas Day. The ISS orbits the Earth multiple times a day, but the kids are most likely to be fooled in the dark, when a mysterious moving station in the sky could very well be Santa’s sleigh.

You’ll have to get your timing just right though, as it’ll only be visible for a few minutes at a time. According to the NASA website, the station will pass over the UK at 5.30am and 7.03am on Christmas morning. This would be just before most people wake up, so you could definitely get away with saying St Nick has just finished and is on his way back to Lapland.

It’s much harder to spot the ISS, but at night it’s the third brightest object in the sky, and looks like a plane, although flying much higher and faster. We’d recommend not promising your kids that they’ll see the sleigh though – you won’t if it’s cloudy – but the apps below help you find the best time to head outside.

To get the ultimate experience, you’ll want to use an ISS tracker app on your phone as this will help you figure out where to look in the sky. We’ve found the following apps to be the most accurate and useful. 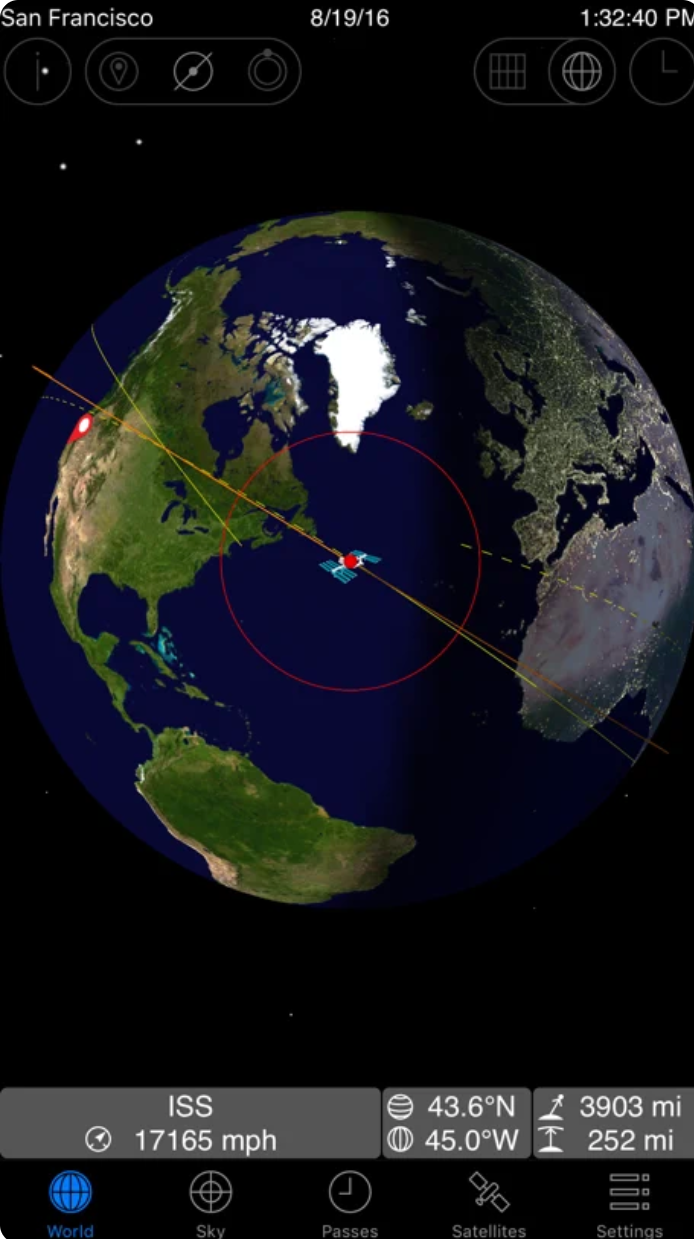 The GoISSWatch app for iOS is the best app to track the International Space Station with on iPhone. It’s intuitive and easy to use, and utilises the compass in your iPhone to help you know exactly which way to face to spot the ISS passing over head.

Plus, GoISSWatch can notify you five minutes ahead of each passing so that you don’t miss it.

It isn’t available for Android. 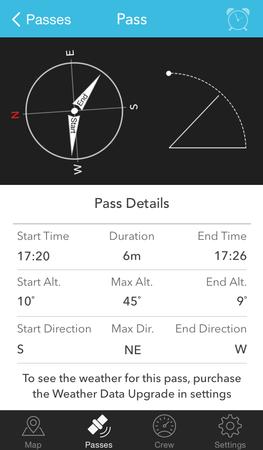 An alternative app – for iOS again – that works almost as well is the ISS Finder app, although its bright white design isn’t as ideal in the dark conditions you’ll be using it in – light pollution isn’t your friend when you’re trying to spot things in space! Thankfully, there’s a Night Mode that you can enable but we still find that a bit tricky to see as it puts a sort of dim red tinge over the screen.

We prefer the GoISSWatch app’s 3D illustration that helps you determine where to look in the sky – ISS Finder’s is less obvious so it’ll take you a little longer to spot it.

What’s good about ISS Finder, though, is that it offers star ratings to help you determine which date and time offers the best visibility of the ISS, at least when it comes to its position in the sky (there’s no built-in weather forecast). There’s also information about the Crew onboard the ISS, which we found very interesting to read. 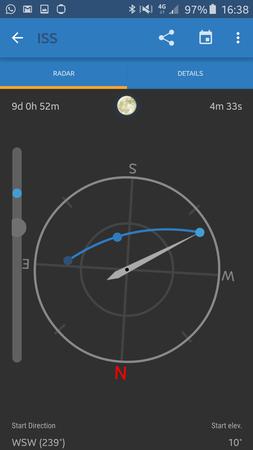 Both of the apps above are iOS-only, but we’ve also found a good Android ISS tracker called ISS Detector Satellite Tracker. It shows you a countdown to the next ISS pass, which we found to be quite useful, and has a 3D tracking diagram that’s similar to the one used by GoISSWatch, with an elevation gauge that works really well. You’ll also find that it offers weather forecasts so you’ll know whether it’s likely to be visible or not.

You can quickly and easily turn on notifications to help make sure that you don’t miss the ISS, too. It does have ads, though, which can be irritating but do mean that you get the app for free (as with the other apps listed here).

If you’d prefer not to use a smartphone to track the ISS, NASA has a dedicated website that lets you sign up for email alerts or text messages when the ISS is going to fly overhead, and also offers some advice about how to spot it in the sky.

NASA notes that the Space Station is the third brightest object in the sky, and it initially looks like a fast-moving plane, until you notice that it doesn’t have any flashing lights. Alternatively, it can be initially mistaken for a very bright star until you spot how fast it’s moving.

The ISS actually passes over the UK every day. In fact, it orbits the Earth 16 times every day, but some of those passes are during daylight and others can be tricky to see depending on the ISS’s orbit pattern. If you miss the ISS on Christmas Eve, you can use the same tracking apps to watch it another day.

For more information, check out how to spot the International Space Station.