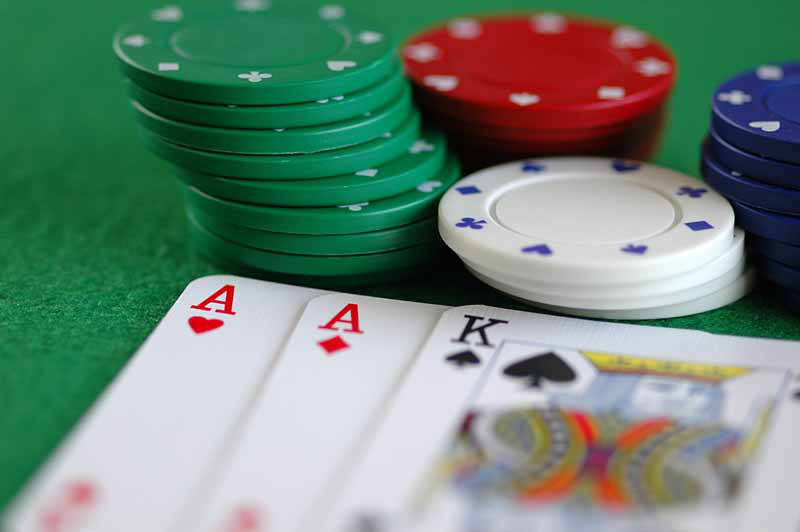 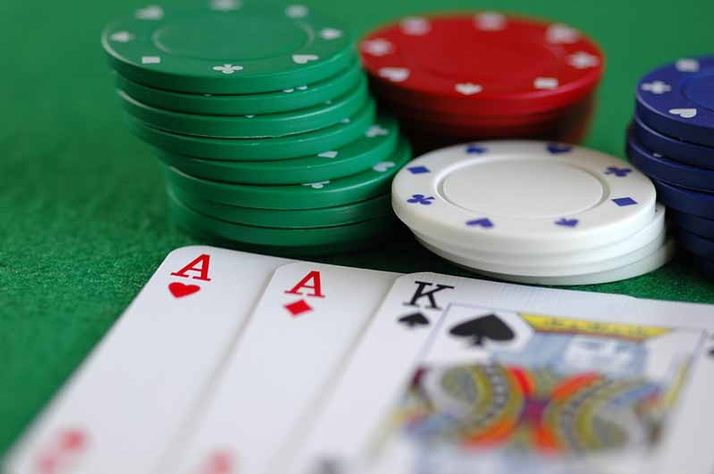 We explain how to play poker. How to use an online poker site. How to play Texas Hold ‘Em, and what are the best hands in poker. (See also: Make extra money online before Christmas.)

How to play online poker: find a site, sign up, start playing

A quick search online will find multiple poker websites. Do any sort of online gambling for any length of time, and you will lost money. But as with any e-commerce the important thing is to make sure that your chosen site is legit: look for company details such as a street address and VAT number, and have more than a cursory glance at the Ts and Cs.

A good poker site should let you sign up for free, and practice without risking cash. The best offer poker training (PokerStars.com’s www.pokershoolonline.com is a great place for any begginer card sharp). To play you will have to stake up some cash, which means handing over card details. We always recommend using a credit card here (but paying it off from your current account immediately).

Once you know what you are doing start in small, low cost games, and build up your experience. Never play drunk unless you like losing money.

But before you do any of that, read this guide. Here we will explain what poker is, and how to play it online.

How to play online poker: know your limits

As mentioned above, in ‘no limit’ games you an bet all of your chips whenever it is your turn. You may also see ‘fixed limit’ or ‘pot limit’ Texas Hold ‘Em games. In these can bet only a specific amount, determined before the game begins.

Even in ‘no limit’ poker you are not allowed to bet any more than you have on the virtual table. Once you are in the game you can play only the money you brought into the game.

How to play online poker: tournament or cash play?

One other key term to understand before we get into explaining the rules of the game. Online cash play is poker as described above: played with chips that have a real cash value. Players join when they wish, and leave either when they wish or when they are all cashed out. You play a cash game only against the players beside whom you are seated. You can leave at any time.

Tournament play is different. It usually requires an entry fee, and as many players as wish to take part can play. You are playing for the pot of entry fees, and progress by forcing your opponents to bust out of the game. The game finishes when one player has all the chips.

How to play online poker: the rules of poker, and how to play the game

Okay, this is what you came for. You play Texas Hold’em with a standard 52-card deck. As any one table you can play with two to 10 players.

For each hand, one player is designated ‘dealer’. Online you know who is the dealer because a so-called ‘button’ marker will be placed next to that person’s avatar. Don’t worry, you don’t have to do any dealing. The position of the dealer merely determines that the two players directly to the dealer’s left have to post the blind bets to start the round. The role of dealer – and therefore blind bettor – rotates clockwise with every hand.

Those two players must post ‘blind bets’ or ‘blinds’ before anyone even sees their cards. The player on the dealer’s immediate left posts the ‘small blind’ and the player one further seat round the table posts the ‘big blind’ – usually twice the size of the small bet. A bet in poker terms is simply committing some chips to the pot. The more confident you are of winning, the more chips you should bet. If you think your cards are rubbish, you can fold. You won’t win and you will lose any previous chips you bet.

So, our blind bettors have posted their stakes. Then the first round of cards are dealt, after which everyone must place a bet.

Once the blinds have been posted, all players are dealt two cards. They ‘hole cards’ are placed faced down on the table. They be seen and used only by the player to whom they are dealt. The first round of betting ensues.

During the hand, five additional ‘community cards’ may be dealt. These cards are placed face up in the middle of the table and are available for all players to use when it is their turn.

The first three community cards are dealt and placed on the table together in a process known as the ‘flop’. Each player makes a bet. The fourth – the ‘turn card’ is then dealt after the next round of betting. Only then is the fifth card – the ‘river card’ – exposed. And final bets are made.

As a betting round separates each deal of a card, the skill of poker is not only to make the most valuable five-card hand from the two hole- and the five community cards, it is also to bet and fold sensibly based on the cards you hold, and the cards you know your competitors have.

How to play online poker: the four betting rounds

The first betting round takes place after only the private first two cards are dealt. The player sitting to the left of the big blind acts first, and then the betting moves clockwise around the table.

If that is you and no one else has bet, you can ‘Check’, which means moving the action to the next player without committing any chips to the pot, but staying in the game. Otherwise you have the same options as before: Fold, Call or Raise.

Again, only when all bets have been made in this round – and assuming at least two players remain in the game – is the next card dealt. The ‘turn’ or fourth community card. The next round of betting ensues as before.

If anyone remains in the game after all bets have been made in the third round of betting, the final community card is dealt. Then the final round of betting begins, again starting with the first player to the left of the button. If at the end of this round more than one player remains, the game goes to the showdown. (See also: How to get more customers to your online store.)

How to play online poker: the Showdown

When betting is completed each player must form the best possible five-card poker hand, choosing from their two hole cards and the five community cards. All players must now show their hands. The player with the best hand wins, and scoops up all of the chips in the pot.

When the hand is complete the dealer button is passed one position to the left and the next hand begins. (See also: How to convert YouTube video to MP3.) 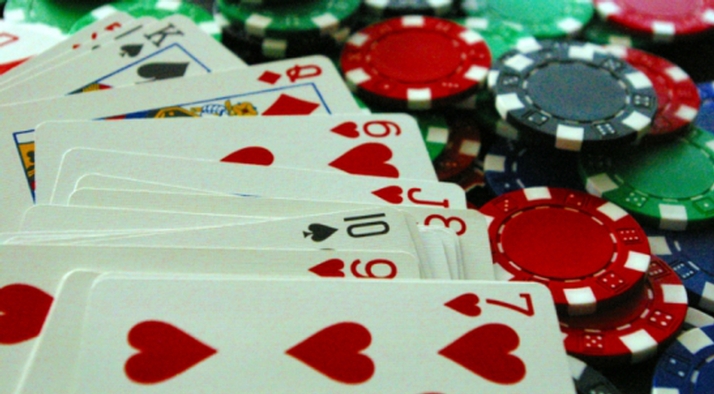 How to play online poker: how to judge the best hand

There are only nine possible poker hands that can win a game of Texas Hold ‘Em. We will outline them here in order of value, most valuable first. (If two or more players reach show down with a hand that is of equal value, then the pot is split and each remaining player gets the same amount. This is very rare.)

A straight consists of five consecutive cards of different suits. So if you have a nine, a 10, a jack, a queen and a king – of any suit – you have a straight. If two players have a straight, the one with the highest value cards wins.

Three cards of the same number or picture is known as ‘three of a kind’. Three of a kinds can be either ‘sets’ or ‘trips’. A ‘set’ beats a ‘trip’ because none of your competitors can match it. Either is better than two pair or down.

If you can form a hand containing two cards of the same value, you have a pair. If you can do this twice, you have two pair. The higher the cards paired, the higher the value of the hand. So two aces beats two kings, and so on. But two pairs of any value beat one pair of aces.

If you can form a hand containing two cards of the same value, you have a pair. The higher the cards paired, the higher the value of the hand. So two aces beats two kings, and so on.

If you have no pair, three of a kind, straight, flush, full house, etc., then the highest card in your hand is decisive. If you have an ace, your hand is ‘Ace high’. Ace high beats king high. King high beats queen high, and so on. If two players have high card hands, and the cards are the same, the second-highest card (or kicker) becomes decisive. If these cards are also the same, the third-highest card, and so on. (See also: Bring Steam gaming to your Chromebook.)