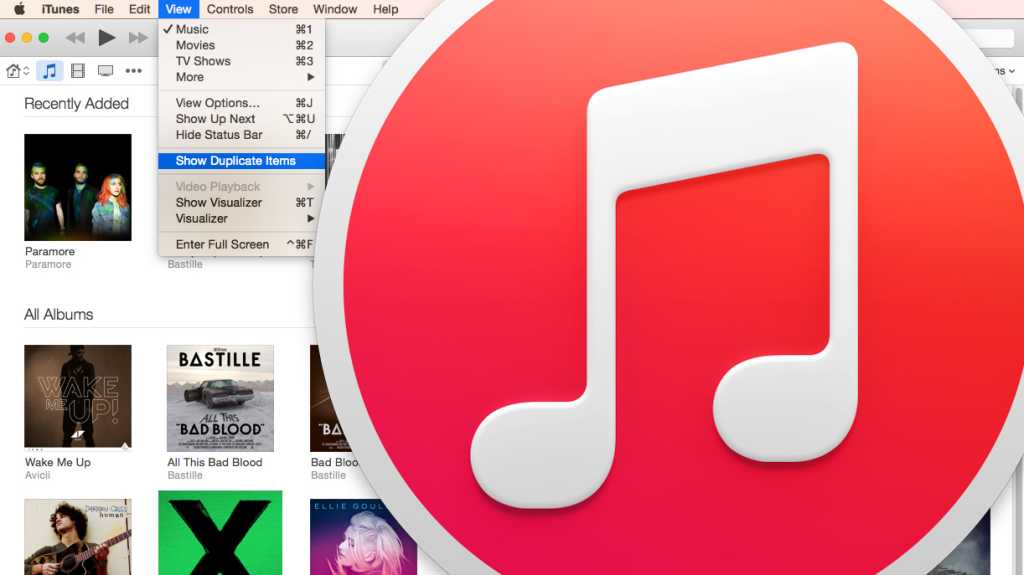 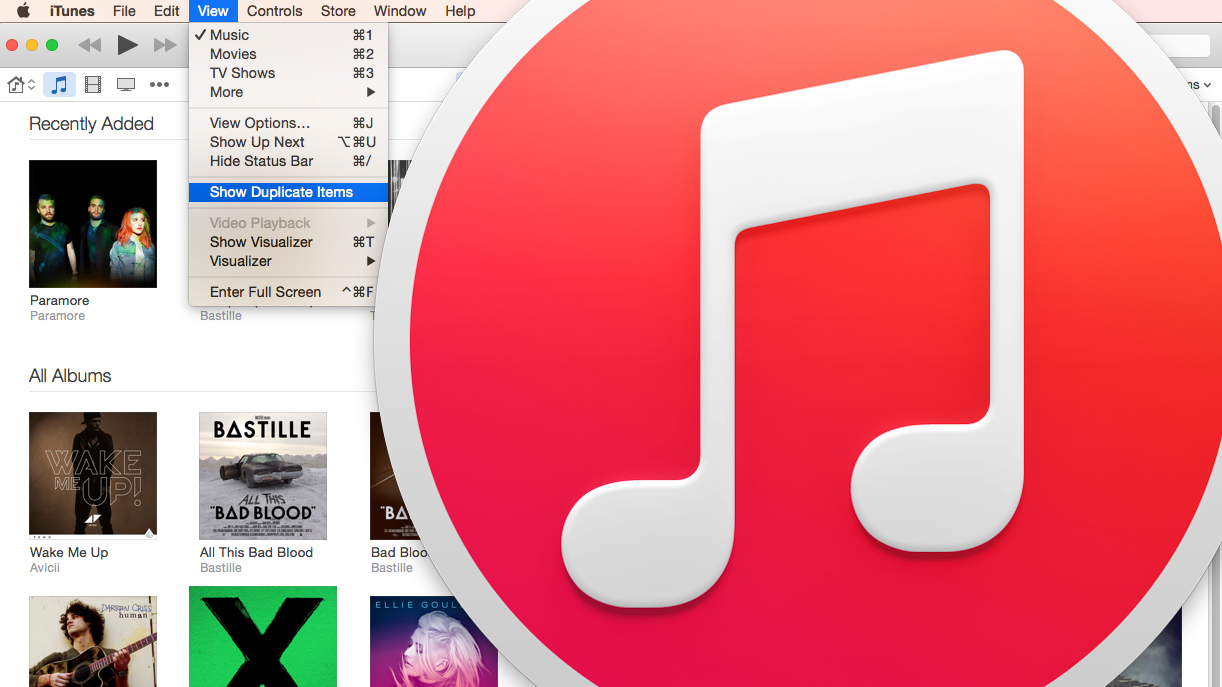 If you use iTunes, it’s pretty likely you’ve come across a duplicate song or two, and for some, a lot more. Duplicates in iTunes can be really frustrating, but there’s a simple way to find and remove them. Read on to find out how to remove duplicates in iTunes on a Mac or PC.

There are two main reasons you don’t want duplicates in your iTunes. The first, of course, is because it can mean that you hear the same song multiple times even though once is plenty good enough. The second is that it takes up space on your iPhone, iPad or iPod.

If you’ve discovered that there are several duplicates in your iTunes Library, the first thing you’ll want to do is find the sneaky duplicates in the iTunes app. To do so, you’ll simply need to go to the My Music screen in iTunes, then go to ‘View’ in the navigation bar at the top of your screen, and then press ‘Show Duplicate Items’. 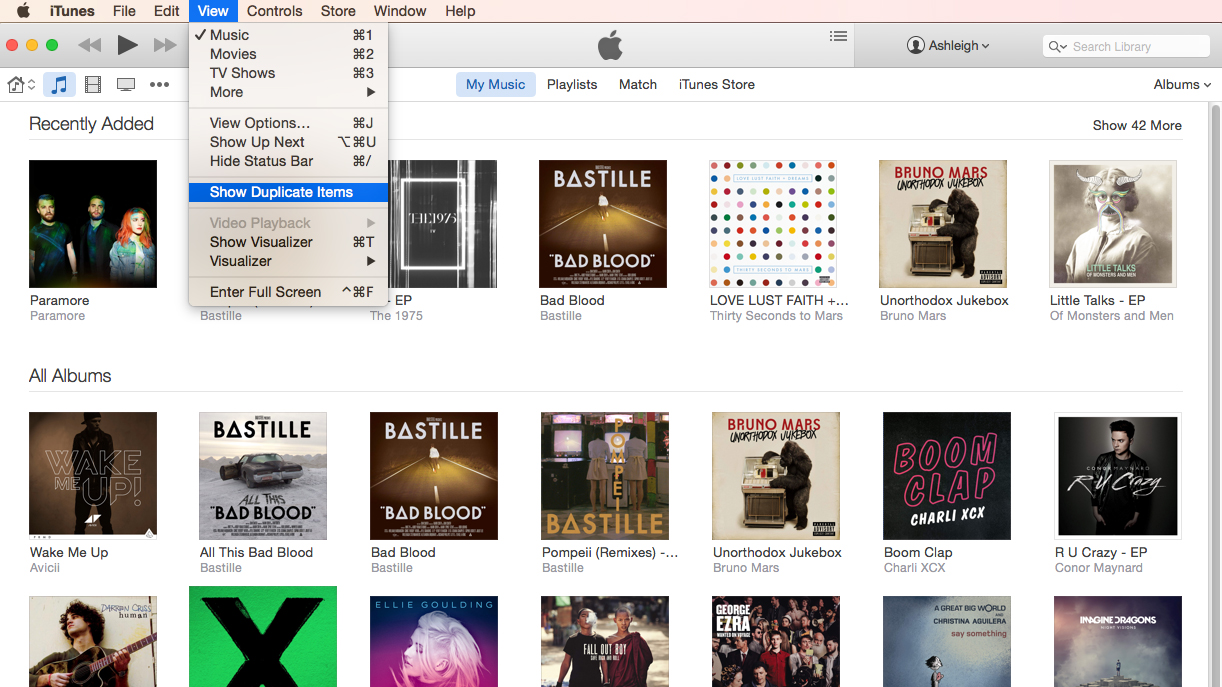 You’ll now see a list of all the songs that have been duplicated for one reason or another in iTunes. They may have been purchased as a single and later on an album, and sometimes they can be found on more than one album – compilation albums are a common culprit.

There are also times when you may own a live version of a track as well as the studio version. These will show up as duplicates because iTunes uses the song name and artist information to determine which tracks are duplicates, so you’ll need to be careful not to delete them if you want to keep both.

Now, you’ll only see songs that share the same name, artist and album. This way you’ll keep all of your albums fully intact but will get rid of any exact duplicates that have managed to make their way into your iTunes.

How to remove duplicates in iTunes on a Mac or PC

Unfortunately, you’ve now got the tedious task of going through and deleting the duplicates you don’t want. It’s fine if you’ve got, say, 10 songs in the list, but more than that and it could take you a while to get rid of them (but it’ll be worth it!)

You need to go through the tracks and highlight the files you want to delete (you can hold Command on a Mac or Control on a PC to select more than one). Then, right click and press ‘Delete’. You’ll be asked whether you want to delete this from your iTunes library (click yes), and then choose whether you’d like to keep the file on your computer or ‘Move to Trash’ ready to be deleted for good. 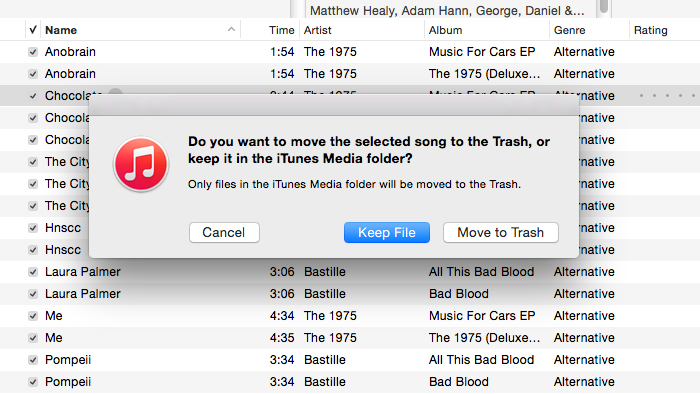 Once you’ve deleted all the songs you no longer want, you can click ‘Done’ to go back to your full, newly cleaned-up music library.

If you’ve got a serious duplicate problem in your iTunes Library that requires extra help solving, there are some third-party app options that can help.

TuneUp can help you remove duplicates, and also repair mislabelled songs and add missing cover art. There’s a free trial that allows you to fix 50 tracks, but the full version will cost you $32, so is a reasonable investment. It’s not yet available for Windows 8, though.

A cheaper option is the £2.99 Song deDuper for Mac, but it’s worth backing up first as a small number of users have reported that songs that were not duplicates slipped through the net and got deleted in the process too.

Others include Tunes Cleaner, CopyTrans TuneTastic, Rinse and Tunes Sweeper.