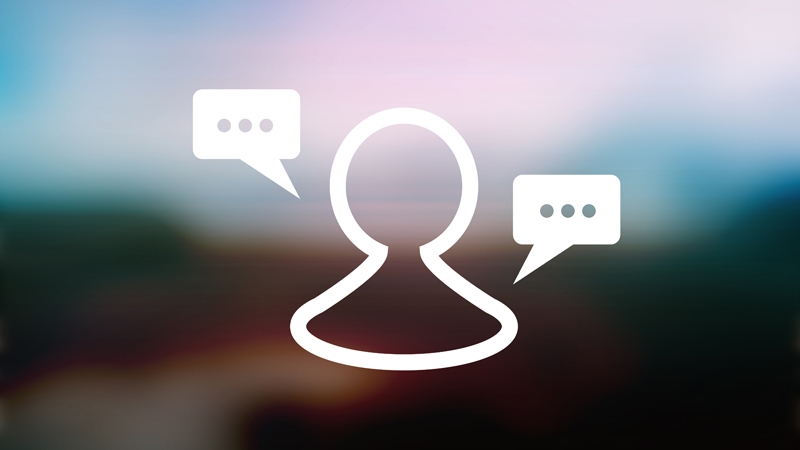 Facebook and Twitter are the leading social media apps, but in the past few years they’ve been joined by additional social networks including Instagram, Snapchat, Vine and Pinterest, all of which seem to have taken the internet by storm. So what’s the next big thing in the social space for 2016? We bring you seven apps that aim to become social successes this year.

You might also like: How to avoid WhatsApp viruses, scams and hoaxes and  What are Snapchat Spectacles? 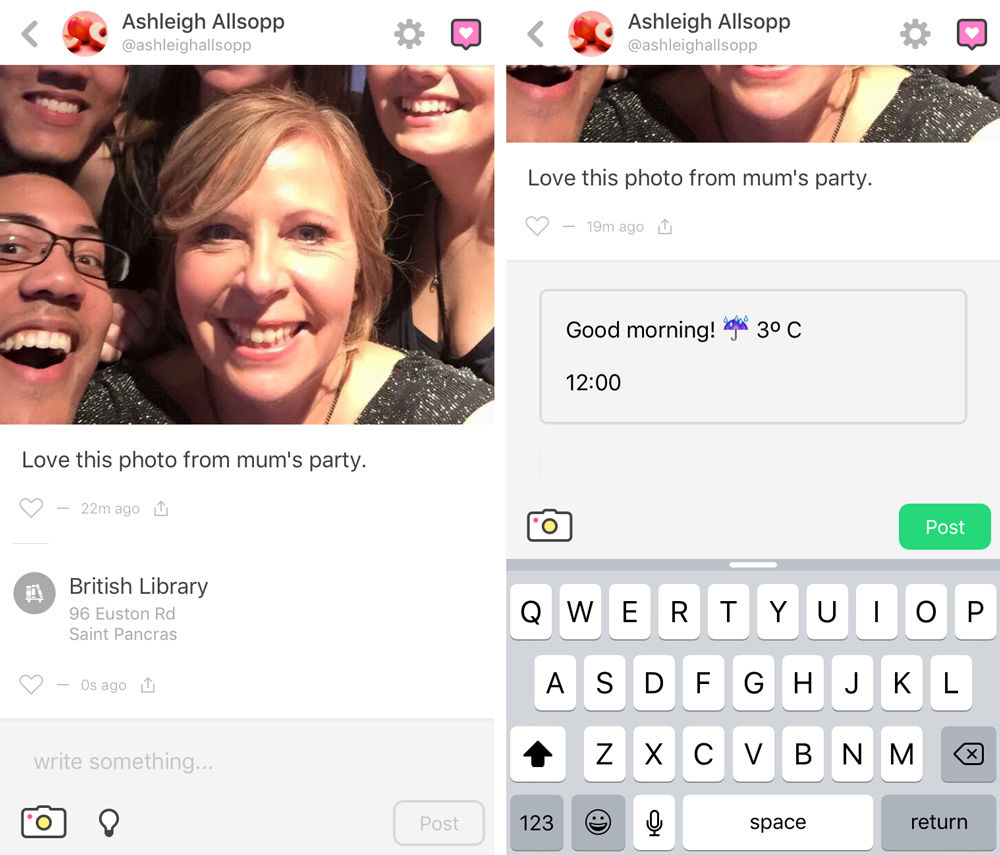 The latest social network to get the world talking is Peach, a new app for iOS that has been created by the co-founder of Vine. It combines lots of our favourite elements from familar apps into one single app. It’s a combination of Facebook, Path, Slack, Snapchat and Tumblr all rolled into one.

Interested? You can find out everything you need to know about Peach into our complete guide here. 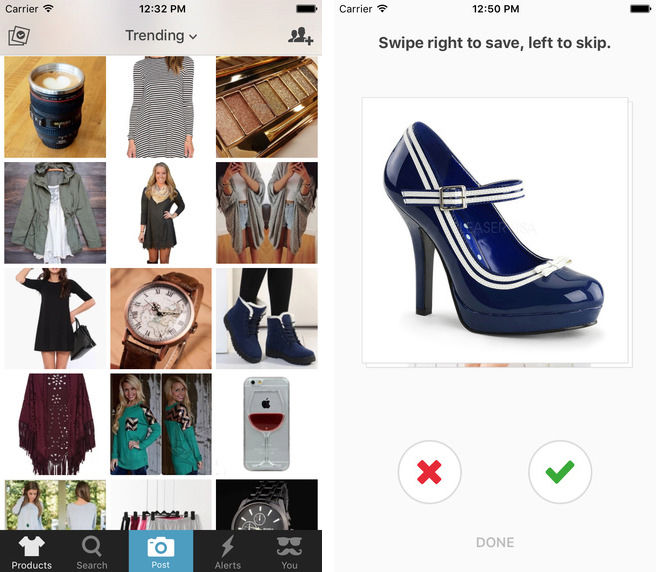 Social shopping app Wanelo, which is derived from the phrase Want, Need Love, features millions of products from the likes of big brands all the way through to independent Etsy sellers.

See what your friends have favourited in the app, and add items to your wishlist.

You might see the Wanelo Save button cropping up on your favourite online shops throughout 2016 as the network continues to grow in popularity among millions of users. 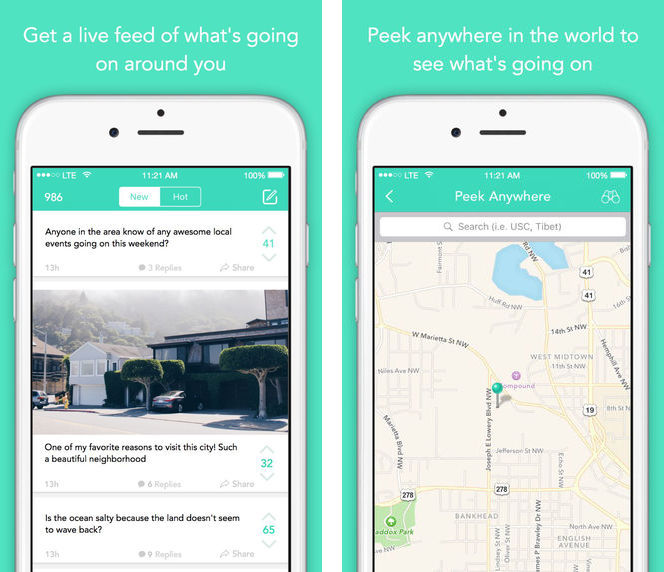 Yik Yak allows you to share your thoughts with people nearby, making it a hugely popular app among students and campuses. Posts can get upvoted if they’re interesting, so you’ll see the posts that others have considered to be good at the top of your feed.

You can also take a look at what’s being posted in other locations, say New York rather than your location of London, if you’re curious about what they’re talking about across the pond. 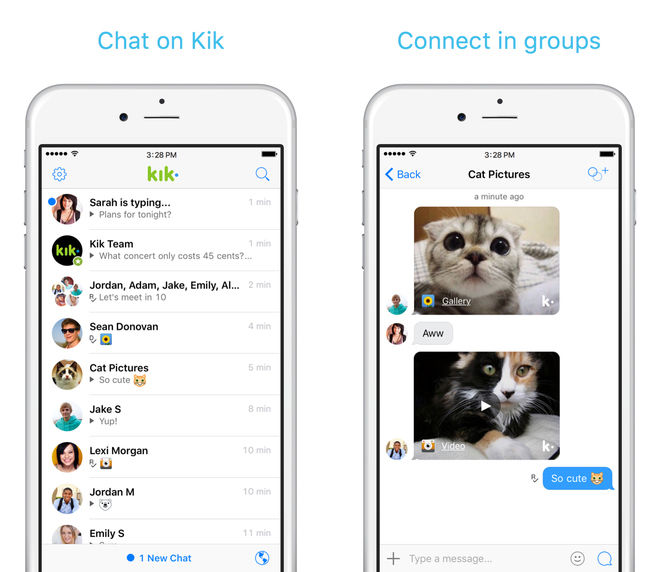 If you’ve heard of Yik Yak, chances are you’ve also heard of Kik. They tend to be used by the same circle of people and meeting someone via Yik Yak often results in exchanging Kik details.

Kik is a messaging app that lets you chat with friends via the web, and doesn’t require a phone number to set up. You simply choose a username. You can share pictures, videos, gifs, games and of course text with friends via Kik, and there’s a handy feature that uses your camera to add new friends to your contacts list.

Kik on iOS | Kik on Android 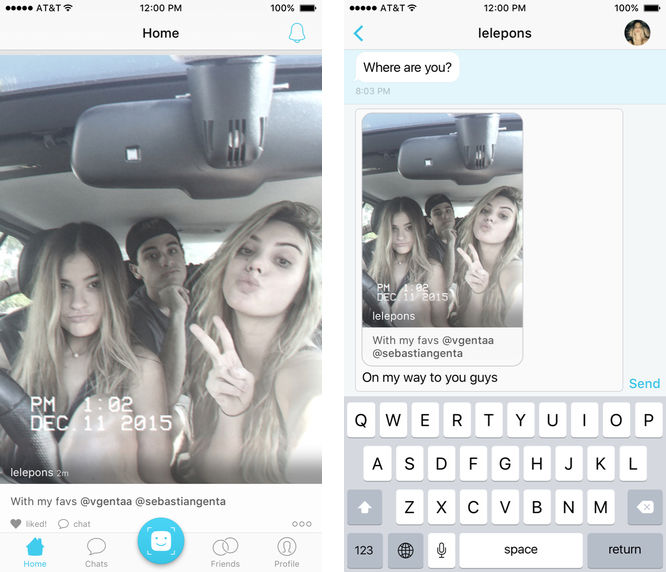 A rival to the likes of Snapchat, Shots is a smartphone app that lets you capture photographs or videos, or ‘shots’ as they’re called in this app, through the front-facing camera, which then get shared with other Shots users. The Shots are VHS-style with a time stamp included, which adds a fun retro touch.

You can’t comment on the photos, because the developers are concerned about cyberbullying, so it’s simply a scrolling wall of selfies.

There’s also a private chat feature built-in that you can use to talk to friends, and if you’ve got an Apple Watch there’s a dedicated Apple Watch app too.

And if you’re interested, Justin Bieber helped fund the startup back in 2012.

Shots for iOS | Shots for Android 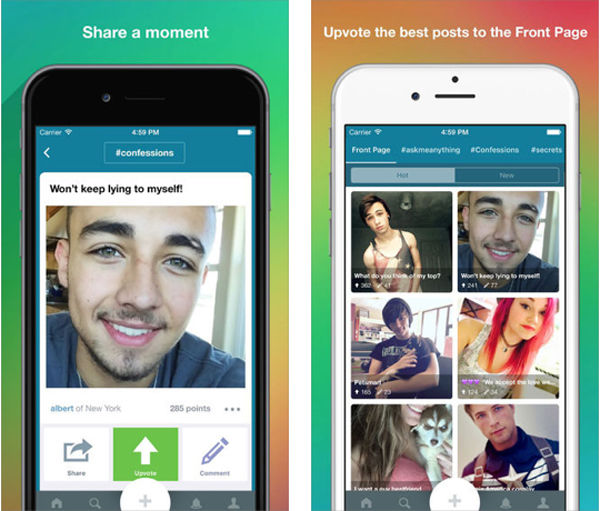 Free to download and use, Hyper is a new photo-sharing app that uses hastags and geotags to help likeminded people in the same area discover new things. There’s also a voting system that can allow users to get opinions on their new hairstyle or tattoo, for example, or whether they should go to a particular restaurant or café perhaps.

It’s designed to let people remain anonymous if they want to, sharing secrets and confessions with people from around the world. 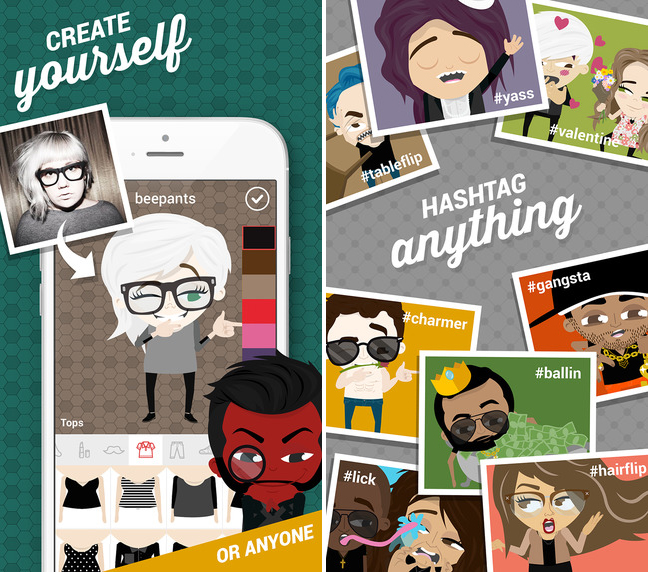 Remember Bebo? It’s back, and it’s actually completely different. Back in the early 2000s, Bebo was a social channel a lot like MySpace, and everyone was on it. It quickly lost traction, though, ue to the huge success of Facebook and Twitter. So, Bebo has been completely relaunched as a social app and it’s really rather fun. You create your own avatar, and you can chat with friends using funny illustrations that are generated from your hashtags. It’s free, so download it and give it a try (it’s great fun).

Bebo for iOS | Bebo for Android

What’s your favourite social app? Let us know in the comments section below and we’ll update this story with any we think look great.

You can also let us know whether you already use any of the apps we’ve mentioned here using our poll below.