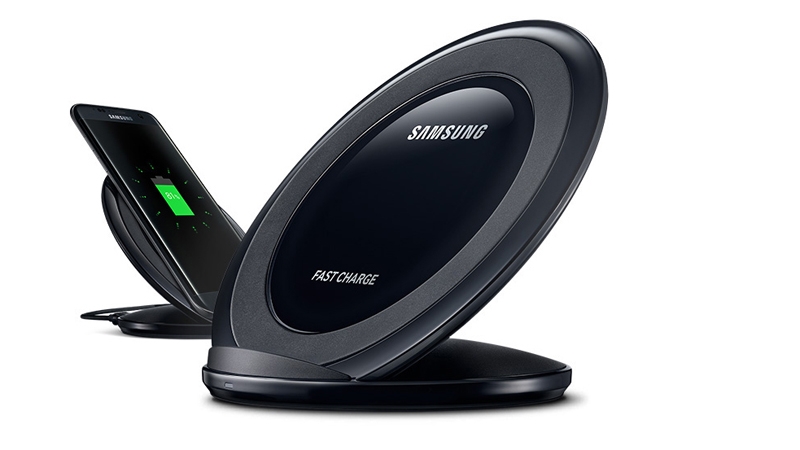 What is Qi wireless charging?

Qi wireless charging is a global standard to which many smartphones adhere. It allows you to wirelessly charge a compatible device’s battery using induction transfer, simply by placing it on top of a wireless pad – and with no need for cables or adaptors (other than to the wireless charger itself).

Where can I use Qi wireless charging?

As we’ve seen with Wi-Fi hotspots, eventually Qi will become a common feature in hotels, airports, train stations and more, allowing you to top up your device wherever you go. You can also buy your own Qi wireless charger for home use, such as this EC Technology Ultra-Slim Wireless Charger, which costs just £7.99 from Amazon UK.

Can I use any Qi charger?

Yes. If a smartphone supports Qi wireless charging then any Qi wireless charger will be compatible with it – not just that which is sold as an official accessory for the phone. This means you can often save some money on a third-party brand charger, as is the case with EC Technology’s Ultra-Slim Wireless Charger. 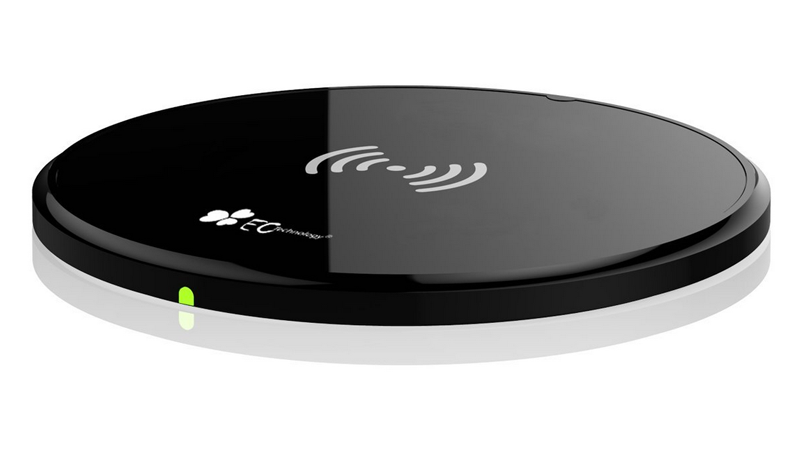 How powerful is Qi wireless charging?

The low-power Qi wireless charging specification is able to deliver up to 5W of power; medium-power Qi will offer up to 120W.

Low-power Qi is said to be able to travel up to 4cm. With the EC Technology Ultra-Slim Wireless Charger we found our Nokia Lumia 735 would still charge when held up to 2cm above the pad. Obviously this isn’t comfortable or practical, but it’s interesting to note the two devices don’t need to be in direct contact with each other.

How long does it take to wirelessly charge my phone or tablet?

Wireless charging is typically slower than traditional charging. This EC Technology Qi charger delivers a 1A current. That’s pretty standard, and fine for a smartphone, but you’ll notice the difference with tablets such as the Nexus 7 – these will charge much faster using a 2A charger.

Most Qi wireless chargers deliver only a 1A (5W) current, but the Galaxy S7 and S7 edge are among the first phones (it was also possible with the Note 5 and Galaxy S6 edge+) to accept faster wireless charging (up to 1.4x faster, according to Samsung). Pair them with an ordinary Qi charger, though, and they will charge at the same speed as any other phone – you need a Qi charger capable of fast charging.

Samsung produces its own Wireless Charging Stand with support for fast charge, and it’s upright design means you can continue to view and use your phone without interrupting charging. It’s currently out of stock at Samsung, but Mobile Fun is listing it for £60. You can use this wireless charger exactly as you would any other Qi charger (we’ll show you how below), and a Samsung adaptive fast charging mains charger is supplied in the box to use with it. 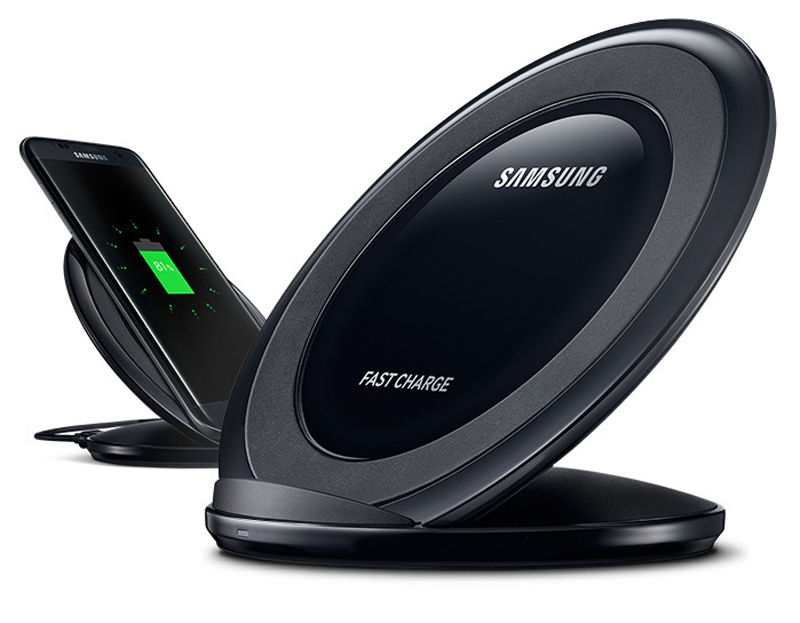 No. The EC Technology Ultra-Slim Wireless Charger and devices like it emit non-ionising radiation, which is not harmful to humans.

The device will become warm in use, but it will not exceed 40ºC.

How to use Qi wireless charging 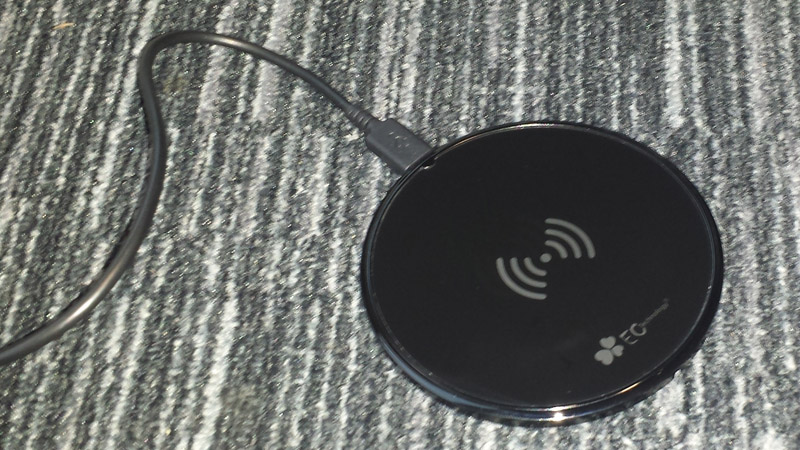 Step 1. Although your Qi-enabled smartphone or tablet no longer needs to be plugged into the mains, the EC Technology Ultra-Slim Wireless Charger does. It is supplied with a Micro-USB cable, which you can either use in conjunction with your now-outcast smartphone- or tablet charger, or you can plug it into a PC’s USB port. Or a power bank, if you’re wireless charging on the move. With power connected you’ll see the EC Technology’s LED light up green. 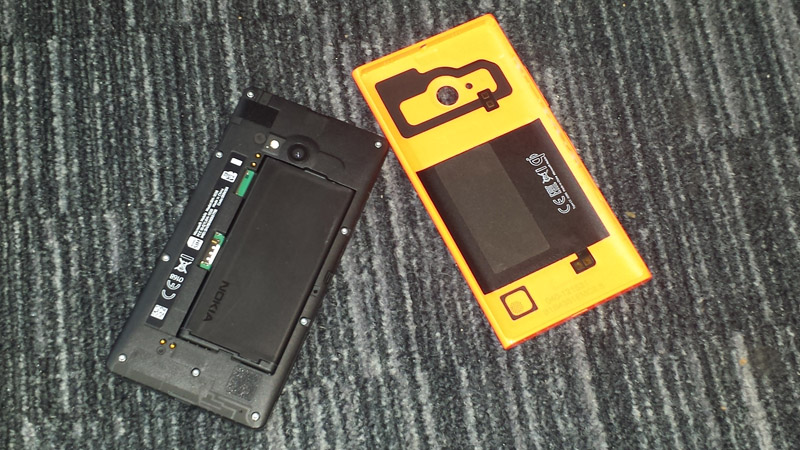 Step 2. Check your phone or tablet supports Qi wireless charging – this will be listed in the manufacturer’s specification, and if you’re able to take off the device’s rear panel you’ll be able to see the tech (as is the case with our Nokia Lumia 735). With devices that don’t support Qi as standard you can often add the functionality – for example, Samsung sells a wireless charging kit for its Samsung S4 that replaces its original rear panel, but it costs £60. 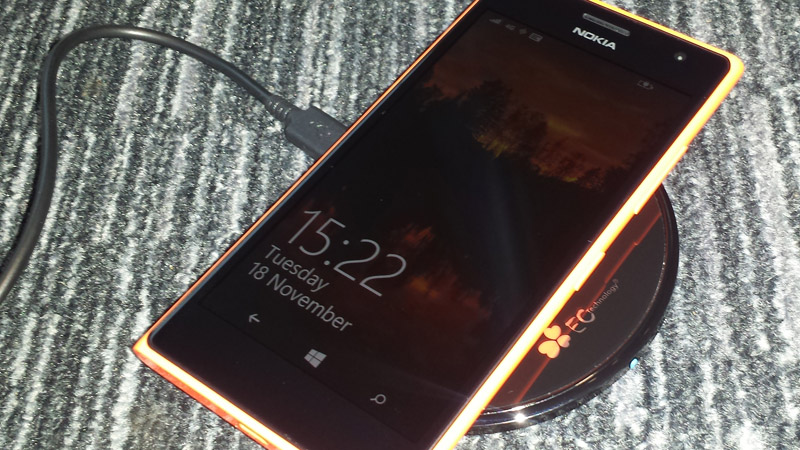 Step 3. Simply place your device on top of the wireless charging pad. You’ll feel it vibrate, the EC Tech’s LED will flash blue, and the device will begin to charge. When it’s finished charging simply remove it from the pad.