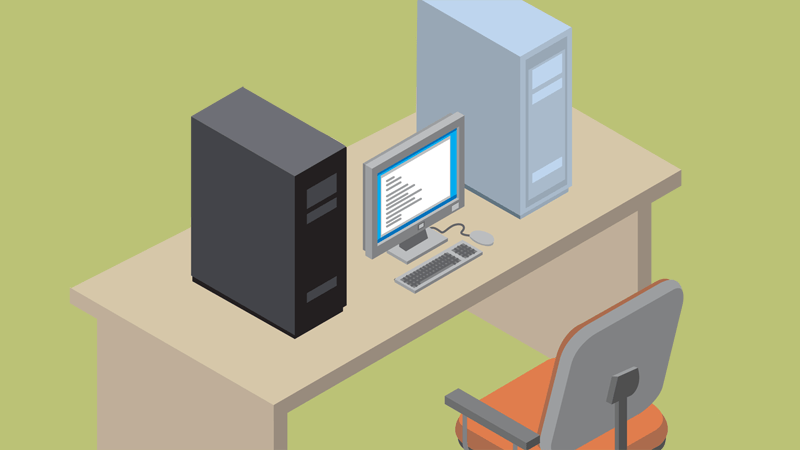 Very often we get asked how to use two screens with one PC, but for some people it’s desk space that’s an issue. Here’s how to use two computers with one screen. (Also see How to add a second screen to your PC or laptop.)

A reader wrote in to Helproom to ask: “I would like to split one screen between two computers. For example, I would like to use the right side of the screen for one PC and the left side for another. Both PCs would be running at the same time. Do you think it’s possible?”

This is how we solved their problem.

How to use two computers with one screen

You can simultaneously display the output from two PCs on one screen, but you’ll need a monitor that supports this feature. It’s a fairly common option on 21:9 format ultra-wide displays, which often allow you to assign one input to one side and a second input to another.

One example is the LG 29EA93 ultra-wide monitor. This 29in display will allow you to have two PCs connected simultaneously, each running at a resolution of 1280×1080 pixels. If you want to retain a more standard resolution on your PCs, then you could try the rather freaky-looking Philips 19DP6QJNS Two-in-One Monitor. This device is actually two 19in panels built into a single housing, each of which individually supports a resolution of 1280×1024.

If you’re doing this to try to save space, though, consider buying a pair of monitors with stands that pivot. This would allow you to rotate each screen through 90 degrees into a vertical position and place them next to each other. This should take up much less space on your desk and allow for two independent displays without the need to buy a rather expensive ultra-wide or split-screen monitor.

Another space-saving idea is to use a pair of monitor arms to suspend a pair of displays above your desk, mounted either horizontally or vertically as you prefer.

If you don’t actually need to run both PCs at the same time, but don’t want to fiddle around with cables switching the monitor between them, a better option is a KVM switch. These are reasonably cheap and allow you to use the same monitor, keyboard and mouse with multiple computers. A KVM switch lets you cycle through your machines at the press of a button.

If both PCs are on the same network this can also be achieved using a software KVM switch. Also see: VGA vs KVM