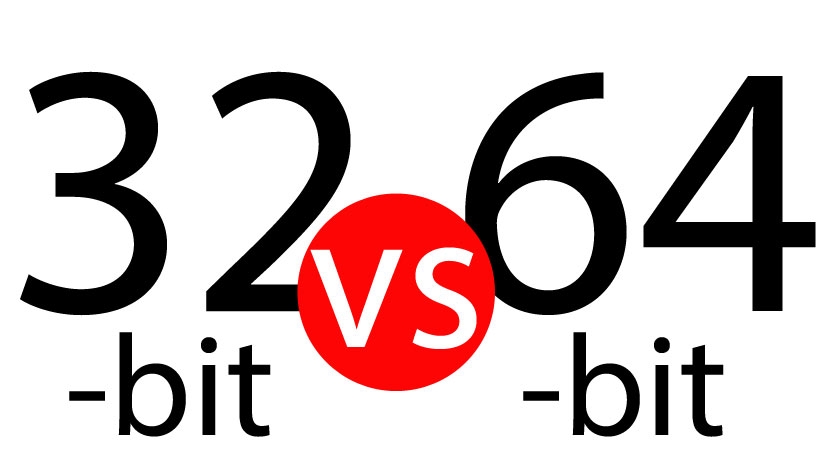 PCs, laptops, Macs, Windows, phones and tablets – everything is 64-bit these days. Even some smartphones are 64-bit.

The main reason for the switch from 32-bit is to get past the limit on the amount of memory a 32-bit processor can access.

A 32-bit processor is – by definition – capable of dealing with instructions and referencing memory locations of 32-bits.

Given that each digit in the number can be only 1 or 0, the total number of combinations is 2^32, which is 4,294,967,295. And 4.29 billion memory locations (each storing one byte of data) equate to 4GB, which is why a 32-bit processor can access a maximum of 4GB of memory without some workarounds in software to address more.

4GB isn’t really enough these days. It might be fine for basic tasks, but if you want to run multiple programs, have 35 tabs open in various web browsers or open 30 high-resolution photos for editing at once, 4GB isn’t going to cut it.

And don’t forget that consumer versions of 32-bit Windows can access only around 3.2GB even if 4GB is installed.

PCs, laptops and their operating systems are all 64-bit these days. 64-bit versions of Windows can access 8TB of RAM (that’s 8000GB), while server versions can access 128TB.

These limits are explained in much more detail on Microsoft’s website if you want to know more.

Give that today’s PCs and laptops generally have 8, 16 or 32GB of RAM, we’re nowhere near the limit of what a 64-bit processor can access.

These are somewhat misleading terms, and are the equivalent of 32-bit v 64-bit.

All are 32-bit, which is why x86 has become interchangeable with 32-bit.

Likewise, x64 has become interchangeable with 64-bit (and is even used by Microsoft), but doesn’t really make sense as there aren’t lots of processors with numbers ending in 64. Instead, it is merely shorthand for 64-bit. 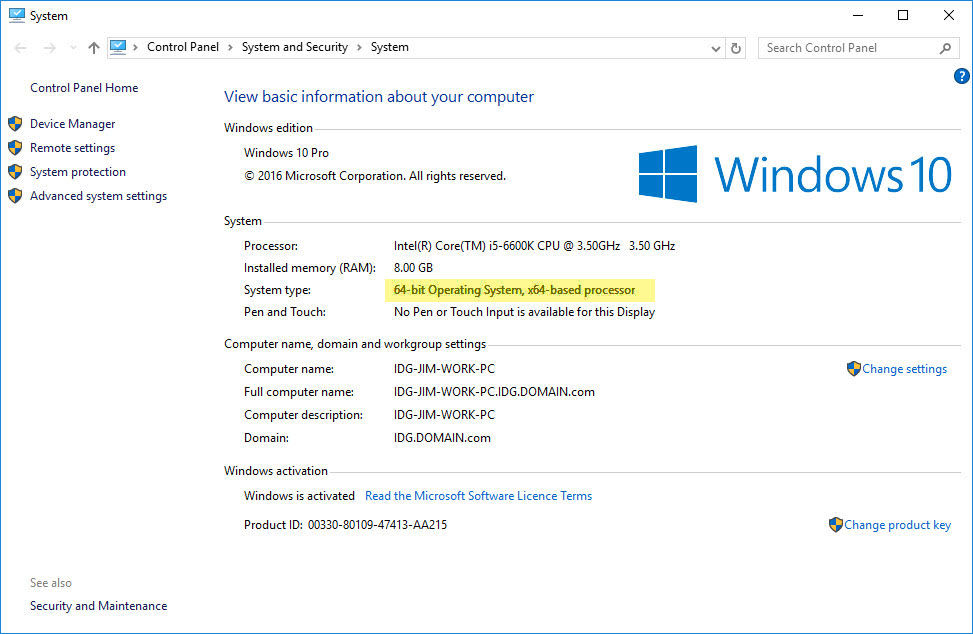 Extra memory isn’t the only reason to have a 64-bit computer. 64-bit processors can deal with data in 64-bit chunks, which is obviously more efficient than moving it around in 32-bit chunks.

If your PC is running 64-bit Windows, you’ll probably find a Program Files (x86) folder on your hard drive. This stores 32-bit applications, while the other ‘Program Files’ folder contains all the 64-bit apps you’ve installed.

In general, 64-bit systems can run 32-bit programs, as they’re backwards compatible. It doesn’t work the other way around, though: a 32-bit computer cannot run 64-bit Windows or 64-bit programs.

Developers should be creating 64-bit apps these days, and certain firms are starting to force the issue. Apple, for example, has said that iOS 11 won’t support 32-bit apps at all, so developers need to ensure their apps work with 64-bit CPUs, otherwise users won’t be able to run those apps after upgrading from iOS 10.