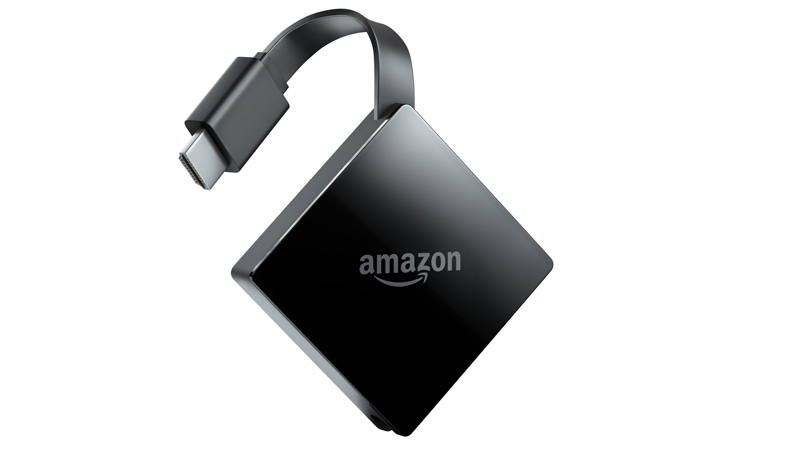 The 2017 Fire TV Stick with Alexa remote announced earlier this year is now available in the UK. Now Amazon has announced a version with 4K too. Here’s what you need to know.

Note: As of 1 Jan 2018, Google has blocked access to YouTube on Fire TV devices. The app now shows an error message which explains this. A clunky workaround is to install a web browser in the app store and browse to YouTube.com.

When is the Amazon Fire TV Stick release date?

The Fire TV Stick with Alexa is already on sale in the UK and has been since 6 April.

The 4K Fire TV Stick is available to pre-order now and goes on sale on 25 October.

How much does the 2017 Amazon Fire TV Stick cost in the UK?

The standard version with Alexa costs £39.99, which is £5 more than the outgoing version, but you’re getting more powerful hardware – and it’s still £5 cheaper than if you bought the old model with the Voice Remote upgrade.

Below is the ‘all-new’ Stick with the Voice Remote. Yep, it looks identical to the old one. So make sure you’re actually getting a third-generation version if you order from anywhere other than Amazon, as it will also be sold at Currys, Argos, John Lewis, Tesco, Maplin and Shop Direct. 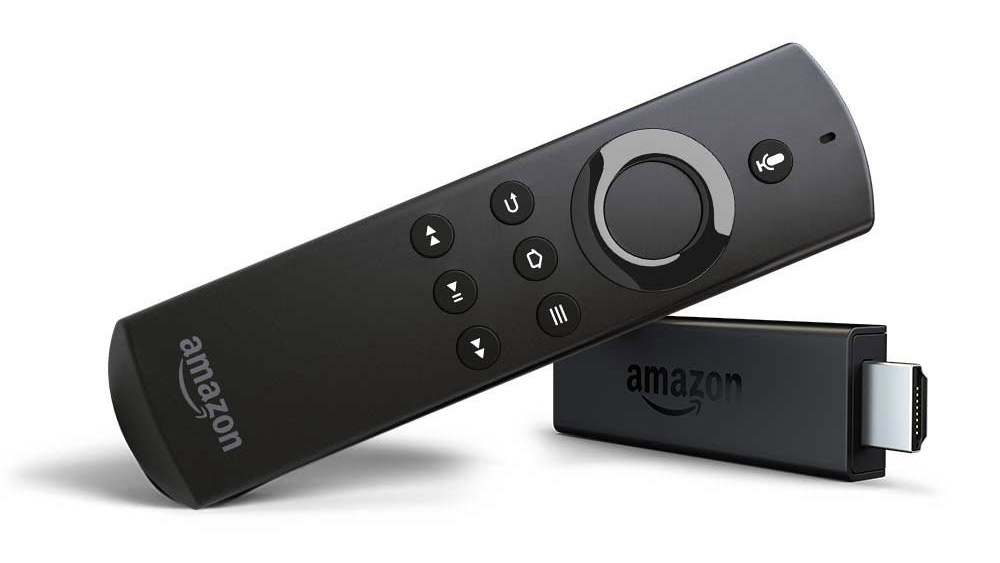 What are the new features in the Fire TV Stick?

The standard Fire TV Stick may look identical, but the new Stick is slightly bigger than the old one. But most of the changes are inside. Here’s a summary of what’s new:

The 4K version features a new diamond-shaped design (shown in the image below), and supports 4K/Ultra-HD streaming and HDR. 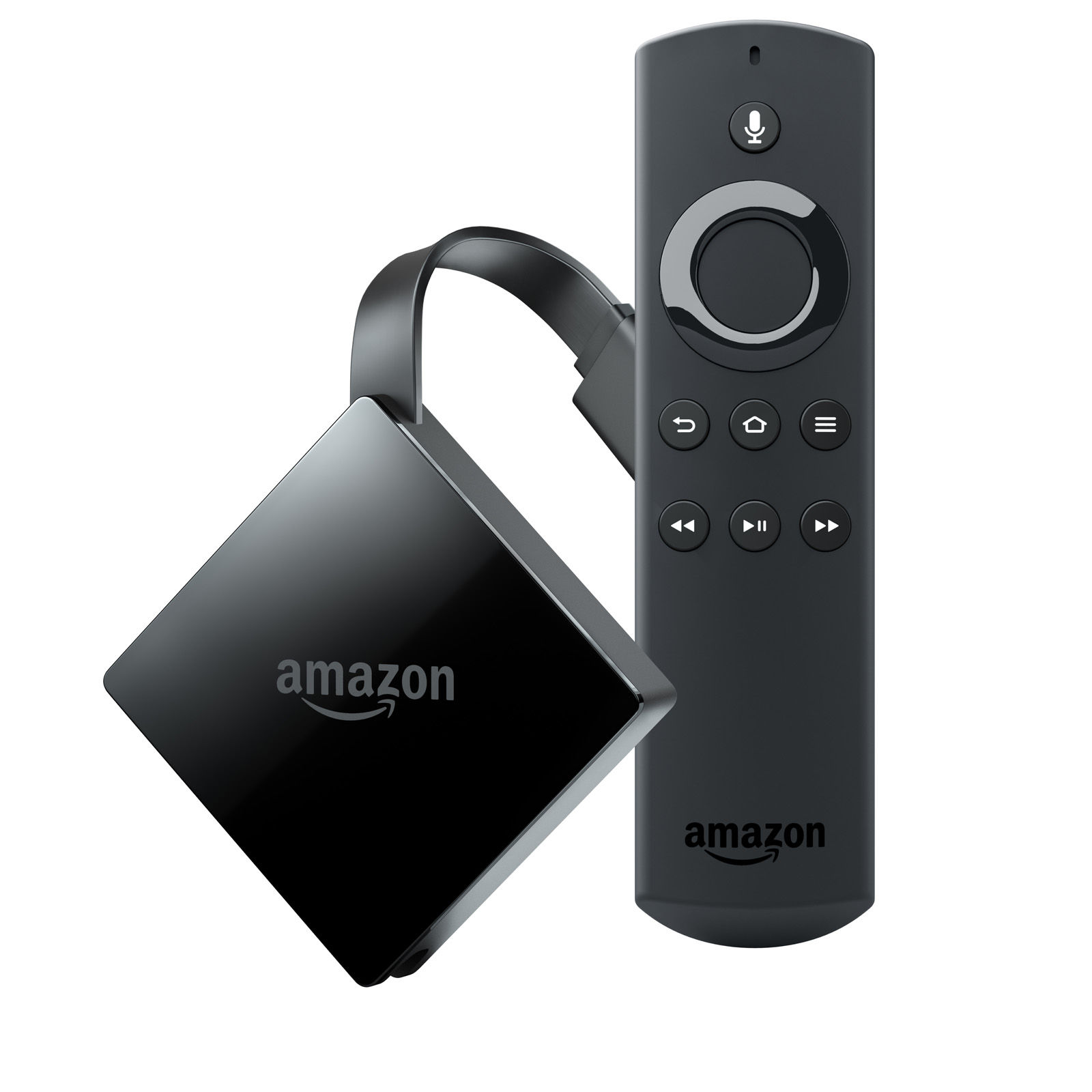 It’s also faster and more powerful thanks to a 1.5GHz (rather than 1.3GHz) processor and an extra gig of RAM. We’ve compared the two in the table below.

Amazon’s voice assistant, Alexa, is now built into the Fire TV Stick. We’ve written a separate guide on how to use Alexa, but here a few examples of what you can ask her to do:

Existing Fire TV Stick owners who want Alexa do not need to buy the new version as a software update is coming at some point soon which will add the assistant for free. Of course, you will need to have a Voice Remote and not the original remote which didn’t have a microphone. The remote can be bought for £19.99 from Amazon.

The alternative is to download the free Fire TV app (available for Android, iOS and Amazon Fire) and use your phone or tablet’s microphone to command Alexa.

What is the Amazon Fire TV Stick?

The original Fire TV Stick launched in October 2014. There was an intermediate version which added the microphone-equipped remote control from the set-top box version of the Fire TV, but that’ was the only change.

The Fire TV Stick is an HDMI dongle which plugs into your TV and allows you to watch video from a wide selection of places, including iPlayer, ITV Hub, All 4, Amazon Video, Netflix and YouTube. It’s a very similar product to the Google Chromecast and Roku Streaming Stick.

You can install apps for the services that you want to use, and you can even install and play ‘casual’ games. Only the Fire TV (the £79.99 set-top box) can play ‘high-performance’ games, according to Amazon. It’s also the only Fire TV model that can output 4K video. 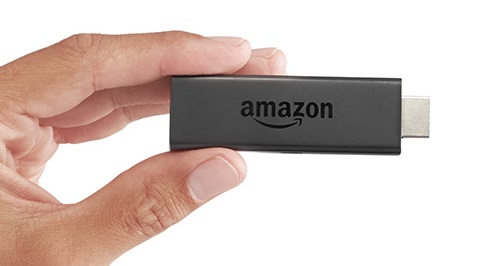 You can use the Fire TV Stick on your TV (or a PC monitor with an HDMI port). It connects via Wi-Fi to your router so you can stream content over the internet. As well as video services and games, you can also use it to listen to music from Amazon, Spotify and from your locally stored collection. See also: Netflix vs Amazon Prime Instant Video

Unlike the Chromecast, the Fire TV Stick comes with a physical remote control but can also be controlled via an Android or iOS app. Also you can use an Amazon Fire tablet as a second screen to get information while playing many videos from Amazon Video.

If you’re not a Prime member, you can still use the Fire TV Stick to access UK catch-up TV, Netflix, YouTube, Vimeo, BBC News, Daily Motion and any of the other available apps. You can even rent or buy videos and music from Amazon without subscribing to Prime.