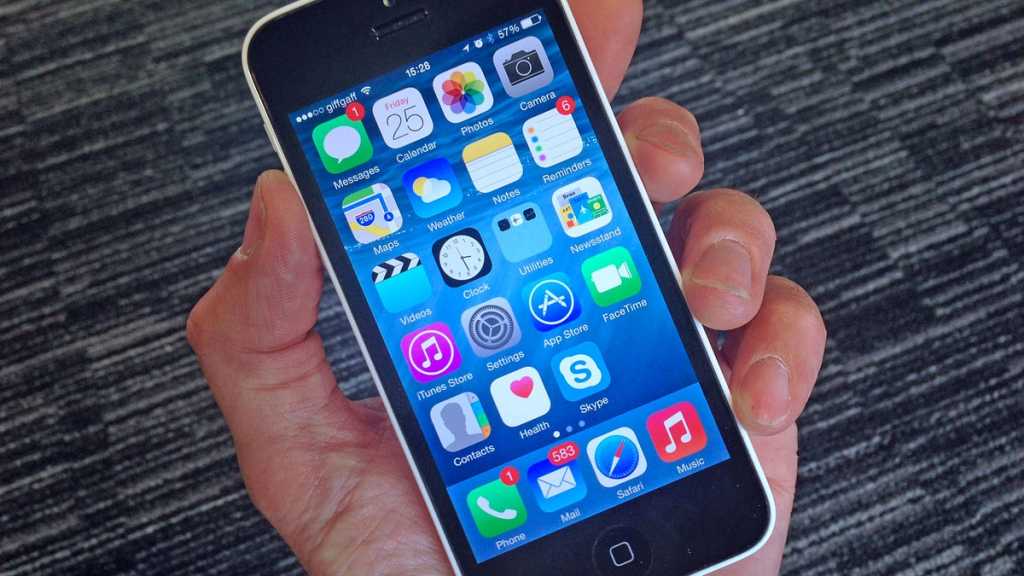 We’re big fans of iOS 8, not least of extensions which allow apps to interact with each other in ways previously not possible, plus the way in which Apple has opened up the operating system to developers so they can, for example, offer new keyboards.  See also: iOS 8 review

Here are 10 features that you probably don’t know about, but if you think we’ve missed some, leave a comment below.

If you’ve upgraded to iOS 8, you probably know about interactive notifications, although you’d be forgiven if you didn’t. When you get a notification, you can drag it down to display a text box for replying to messages, or buttons for accepting or declining a meeting request, say.

However, did you know you can also reply to messages from the lock screen? When you wake your iPhone – or iPad – simply drag the notification to the left to show a Reply button. Similarly, if you miss a notification, you can swipe down from the top to show the Notification Centre and then swipe left on the message to reply.

Thanks to a deal with Shazam, you can now ask Siri “What music is playing?” and it will tell you it needs to listen and check. Then the song will be identified (for most songs, anyhow) and there will probably be a link to buy the tune from Apple. 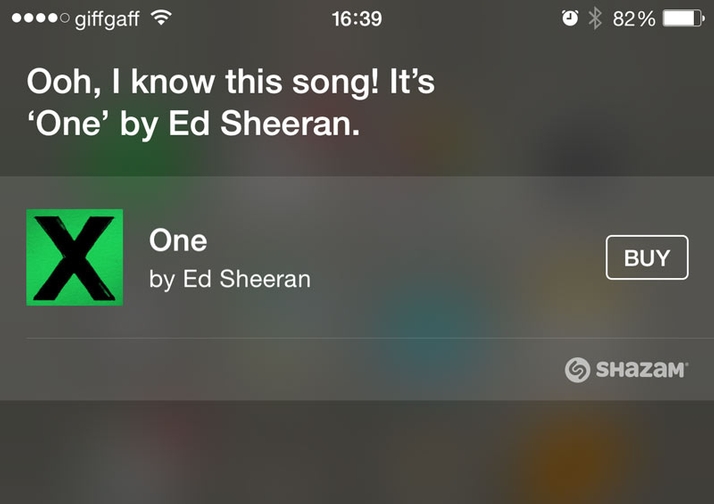 3 Check which apps are sapping your battery

Long a feature of Android, iOS device owners can now see exactly where their battery power is going. To see the offenders, tap Settings, General, Usage and then Battery Usage.

There are two lists: one for the past 24 hours, and another for the last week. For some apps, you’ll see that they’ve been using power when running in the background. 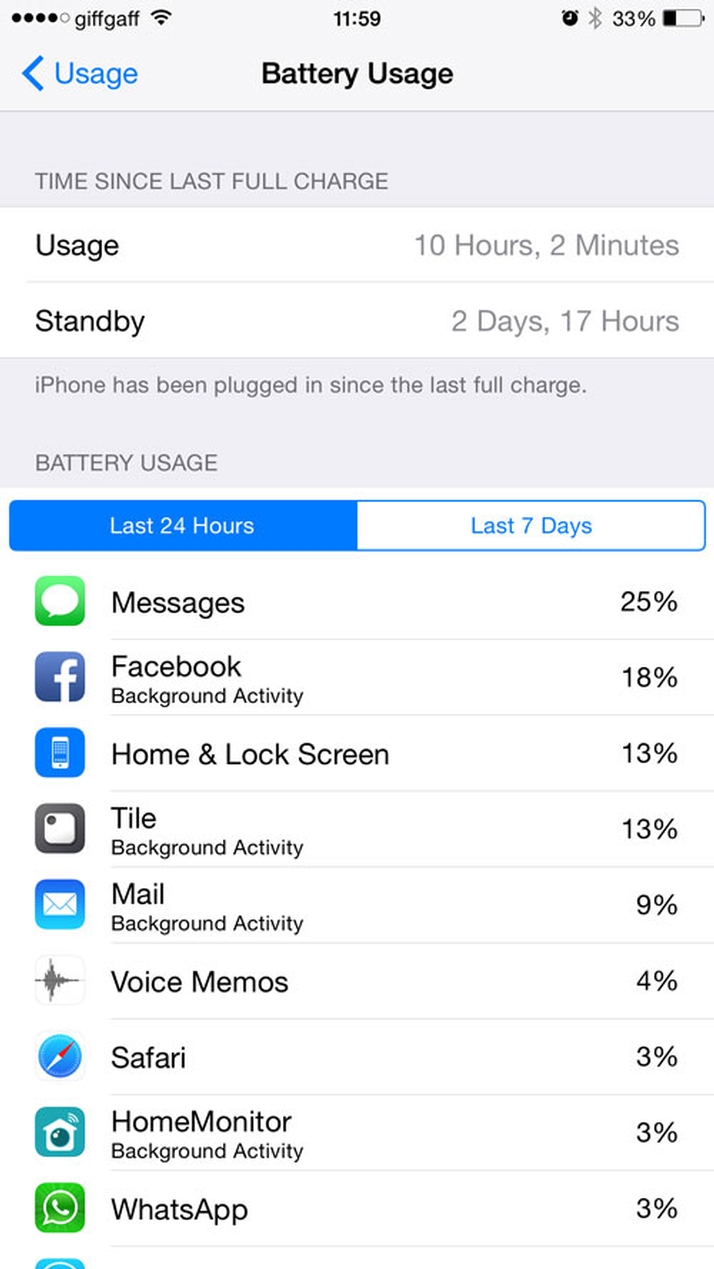 iOS 8 adds a potentially handy feature in that you can call up Siri from the other side of the room (or when driving) even if your iPhone or iPad is in sleep mode. As long as it’s plugged into a power source, you can say, “Hey Siri” and it will start up. Very useful for sending messages and other tasks when your hands are tied up.

A bugbear of iOS for many is that there’s no way to create groups of contacts. Now, you can – sort of – as the Messages app allows you to add several contacts to a conversation, then name that thread. Anyone familiar with Whatsapp will recognise the setup.

You can share your location with the group, just as with individual contacts, and mute notifications for the conversation, since they can get rather annoying if lots of people are contributing over a long period. There’s also the option to leave the conversation, even if you started it. 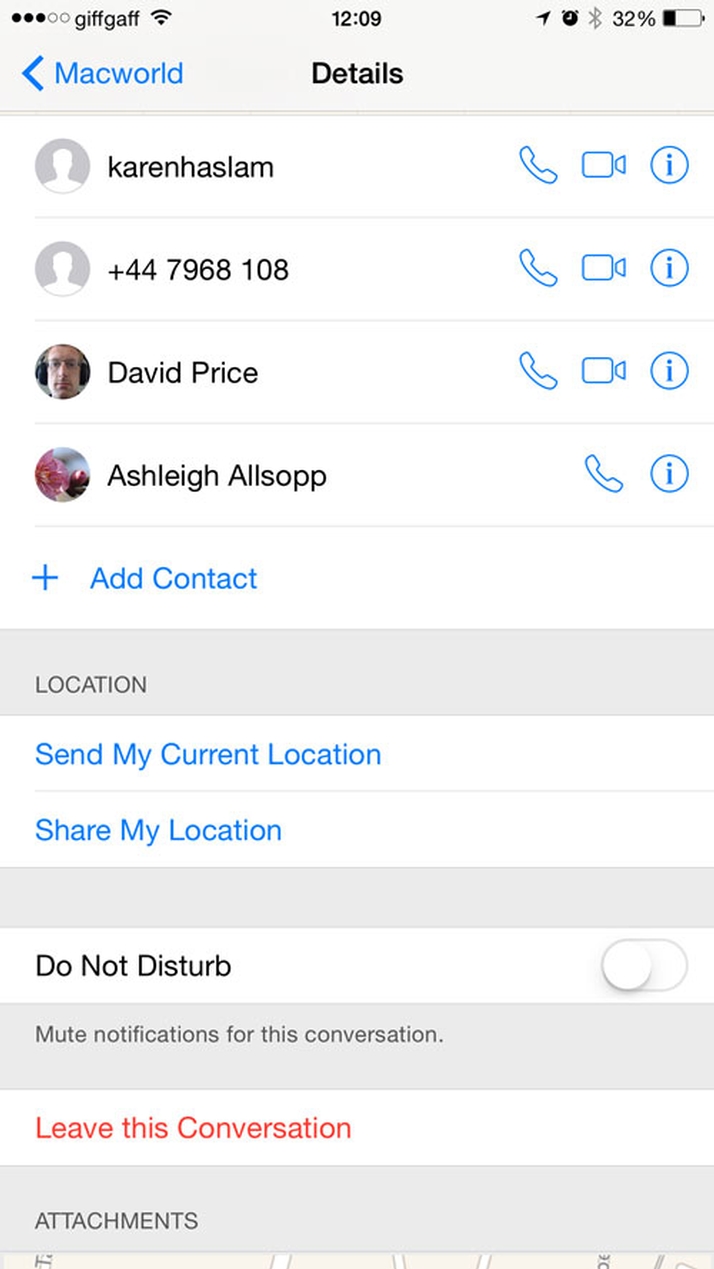 Messages has also gained a Whatsapp-like microphone icon which, when you tap and hold it, records a short audio clip and sends it when you release the icon.

What’s not quite as obvious (because the icon was there in previous versions of iOS) is that you can long-press on the camera icon to bring up a new control for taking photos or videos.

By default the front camera is used as it’s assumed you want to snap a selfie. If you want to send the scene in front of you instead, tap the icon in the top-right corner to switch cameras. You can also send short video clips this way by pressing the red record button instead of the camera icon.

To send a selfie really fast, tap and hold on the camera icon, line up your shot and swipe upwards to take and send it. Just bear in mind there’s no way to cancel sending the photo or video. 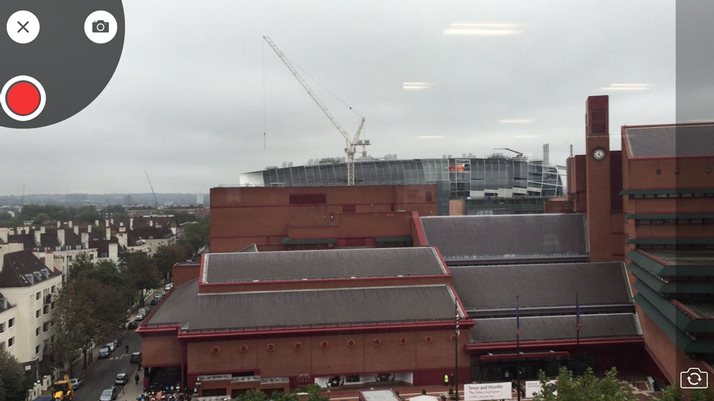 7 …and make them auto-delete

Another feature you may have seen in other apps comes to Messages: auto-delete. Head to Settings and tap on Messages. Scroll down and you can choose when those audio and video messages expire – either after two minutes or never.

However, this doesn’t mean the video or audio will be deleted from the other person’s device – they can choose to keep the message. The idea behind the auto-expiry is to save on storage space on your own iPhone or iPad. 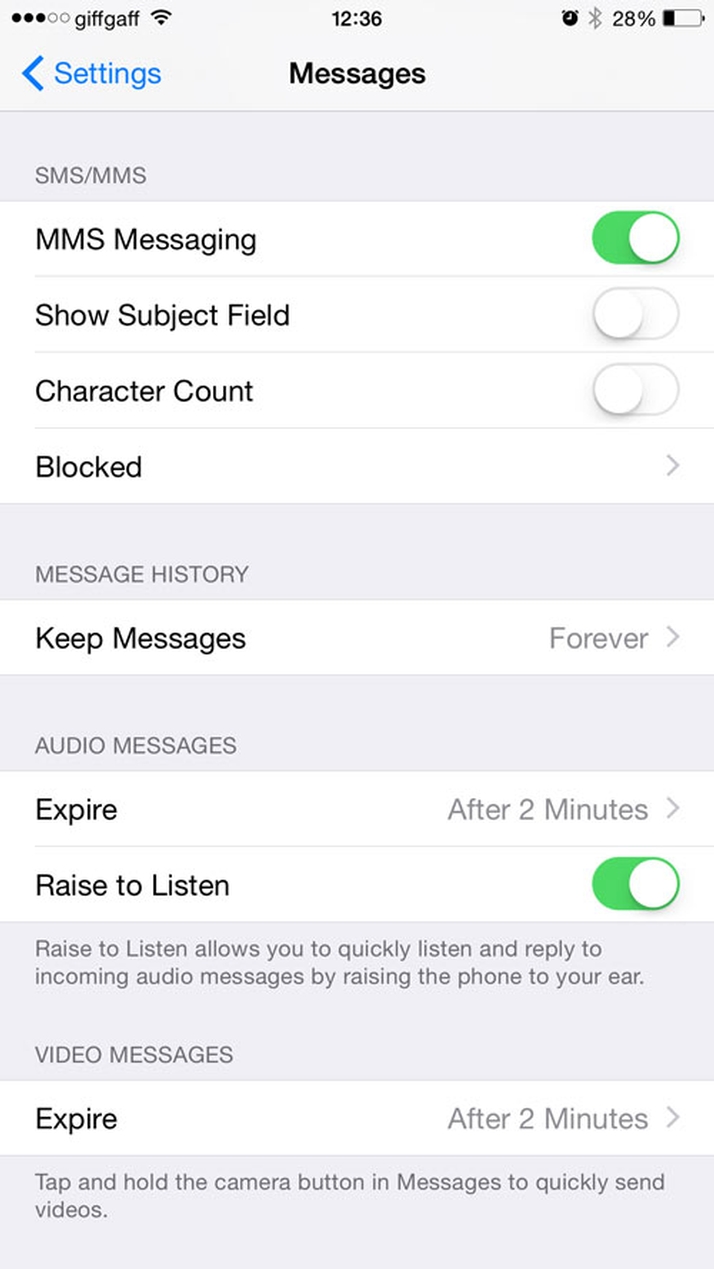 Admittedly not a new feature in iOS 8, but one you probably didn’t know you could do, is flyover tours of cities in the Maps app. Search for London, for example, and a banner will appear offering the tour. Tap start and enjoy a 3D flyover complete with named landmarks. 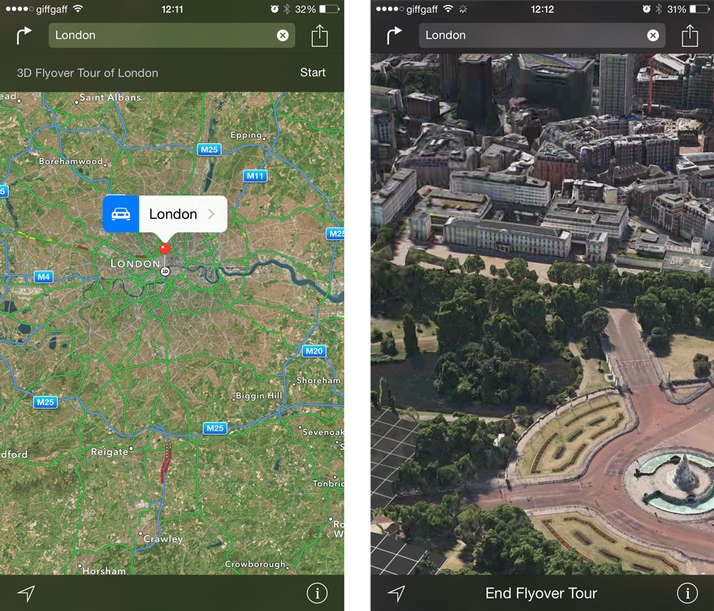 9 Get desktop websites in Safari

Sometimes you don’t want to automatically be redirected to a mobile version of a website, but that’s fine in iOS 8 as you can tap the address bar and swipe up to see the option to Request Desktop Site.

When you’re replying to or composing an email, it’s useful to be able to refer back to older emails. In iOS 8 you can do just that. Just drag down from the top of the email and it will minimise to the bottom of the screen. You can scroll through the message to which you’re replying or swipe to the right to return to your inbox and look for other emails. 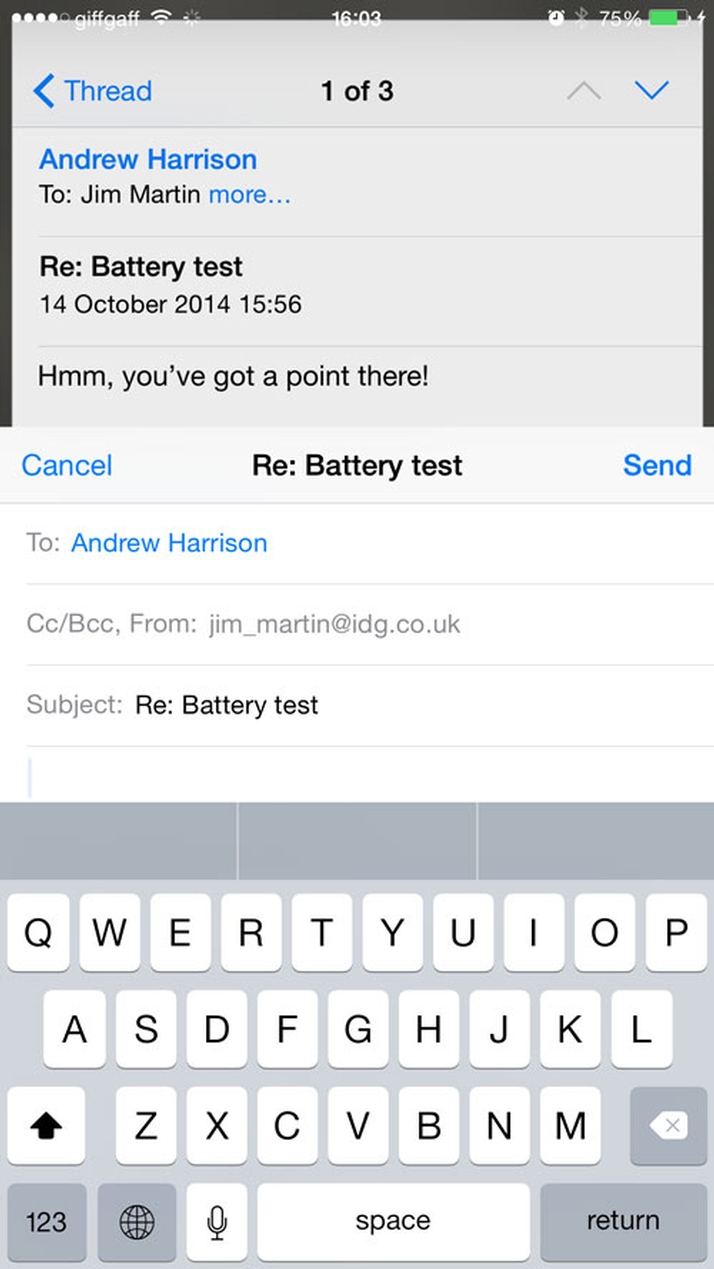 When you’re ready to carry on writing the email, just tap on it at the bottom of the screen.