You might have previously used the now-retired Google Now feature on your Android phone or tablet, and found it to be a really handy source of information. But things have progressed with Google Assistant, which is now available on even more devices (see best smart speaker deals).

At Google I/O 2018 we learned that the Google Assistant is soon to get even better on phones, too. Inspired by its first smart displays the company is looking to reimagine the assistant on smartphones, making it more immersive, interactive and proactive. You’ll be able to access for controls for smart heating or order food right within the Assistant, and there will be a new ‘Things to keep on top of’ screen.

On top of this is the new Duplex feature which will be able to make phone calls for you for such things as booking an appointment for a hair cut.

Which phones have Google Assistant?

Google Assistant is not built into all Android phones, though many recent models include it. Fortunately, you can now download it for any phone running Android 5.0 Lollipop or later – just grab it free from Google Play.

The Google Assistant is also available for iPhones running iOS 9.3 or later – grab it free from the App Store.

What other devices have Google Assistant?

Google has four smart speakers that build in the Google Assistant, for which you can find reviews of each right here. If you are using a Google Home device, check out some of our best tips and tricks for getting the most out of the Assistant.

Google has also built it into Wear OS for smartwatches, and you’ll find the Google Assistant on recent tablets too.

The ability to understand multiple user voices was recently added to the Google Assistant, which is of appeal primarily to Google Home users. However, sometimes it’s not convenient to speak to the Assistant, so you can type your request into the phone, too.

Google Assistant will also be able to work with  Google Lens to have a conversation about what you see, for example translating foreign text or saving events you’ve seen on a poster or elsewhere.

How to use the Google Assistant

Google Assistant is the new way to interact with Google and is in essence a souped-up version of the now-retired Google Now. It’s the same search engine and knowledge graph underneath, but with a new interface that is like a message thread.

One of the main ideas behind having a conversational style of interaction is not so you can simply enjoy chatting to Google, but the importance of context. For example, if you’re talking to someone about a possible gig and want to go for some food beforehand it will know that the two relate to each other and give you helpful information like how far apart they are.

Context also goes as far as to whatever’s on your screen, so try long pressing the home button and swiping up – you’ll automatically get relevant information. 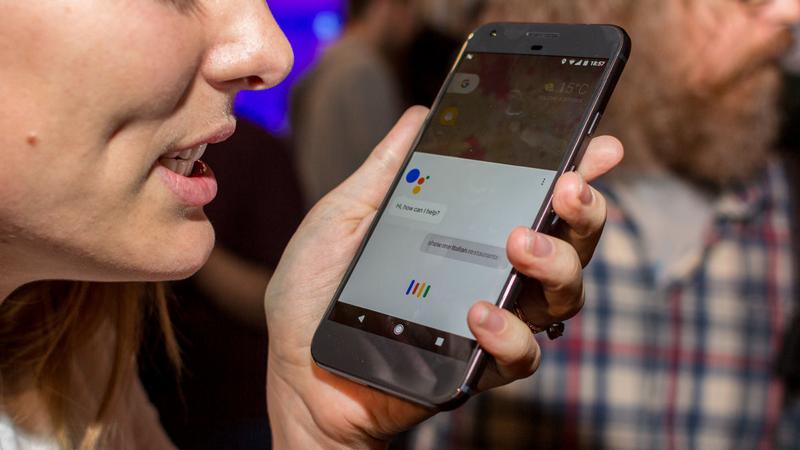 You can use the Google Assistant for all kinds of things, many of which are existing commands like setting an alarm or creating a reminder. It goes further though so you can get it to remember a bike lock combination if you’re forgetful.

A bit like Siri (Apple’s version) you can ask the Google Assistant for a joke, poems or even games. It will talk to you about the weather and what you’re day looks like, too.

Sadly not everything Google touts as features are available in the UK so we’ve been unable to do things like book a table at a restaurant or order an Uber ride. It can get confusing at times what you can and can’t do so either just attempt it or ask ‘what can you do’.

The Google Assistant is personalised and will be more helpful if it knows things about you like where your office is or what team you support. It will also get better over time as it learns.

You can interact with the Google Assistant using your voice, but what do you say?

You can use Google Assistant just like you would Siri on the iPhone, but it’s better. You can ask it to do all kinds of things, most of which you probably didn’t know about ( and some funny things too). Below is a list of things you can say. This is not an exhaustive list, but includes the main commands, all of which should be preceded by “Okay Google” or “Hey Google” (if you would rather not say the command out loud you can tap the keyboard icon in the app):

If you want to go hands-free, here’s how to use Google Assistant with wired or wireless headphones.