We all use satnavs, but they don’t work indoors. We investigate some apps and new technology that could help us find our way in airports, shopping malls and any large buildings.

It’s a first-world problem, but a problem nevertheless: How do you navigate an indoor space when GPS does not work? While it may not yet be ideal, as with everything these days, there’s an app for that – or rather several apps.

President of the Royal Institute of Navigation, Dr Roger McKinlay, explained why GPS does not work for indoor navigation: “The stumbling block with indoor GPS is normally the rather unhelpful and superficial comparison with phone signals.  Whereas with a phone the information you’re interested in is in the signal, with navigation it’s not the content of the signal which is of interest but how it gets to you.” He added that retransmitting a phone signal with a suitable repeater greatly improves coverage, but retransmitting a navigation signal destroys the bit you are interested in.

This means that tech companies have been looking for other ways to make indoor navigation work. The mobile app, so ubiquitous across almost all aspects of life, is one such way. Apple has realised the potential of such an approach and is assisting app developers to better leverage the potential applications in iOS. The CoreLocation version will use Wi-Fi and the device’s sensors as well as tapping into data from the location to provide a better indoor location-based service that could include mapping.

Start-ups across the world are also looking seriously at the potential of indoor navigation. Inside, for example, is an app developed by Israeli-based developer ShopCloud. It’s free for both users and venue owners, requires no additional hardware and can even function when the smartphone is in airplane mode. It is still in beta at the moment, but represents part of an exciting developing environment that will see us better able to find our way around indoor venues. 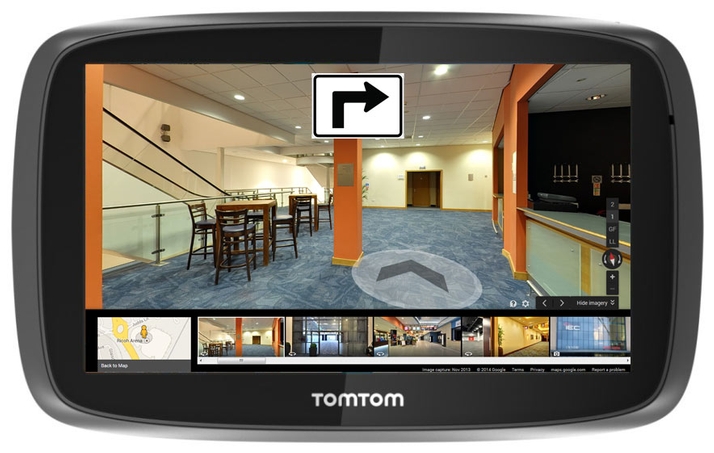 The applications are not only commercial. Think of the possibilities for hospital patients needing to find their way to a specialist appointment, or visitors to the hospital accessing an app to help them locate their loved one. Universities are also looking at options so that students and guests can find classes and offices quickly and easily – Freshers will have a much easier time!

McKinlay adds that potential applications move beyond human applications. “Do you want the mall floor sweeper to be driverless? Does the robot need to know where it is or does it just follow the walls and avoid bumping in to people?” he asks. There are numerous possible ways to use these solutions.

So what’s out there right now in terms of indoor navigation apps? The truth is, not that much – but they are starting to develop. One of the constraints is that many of these apps are linked to specific venues, such as a museum or a shopping centre, rather than functioning as an indoor version of the more generic GPS system.

Navigating the maze of corridors and levels in a shopping centre can be frustrating – and let’s face it, those information boards are few and far between – so an app that helps you find your way is a pretty good idea. That’s what Mally is designed to do. Using computer vision and 3D technology, Mally creates 3D maps of the mall for users. The app itself is quite nifty, allowing you to view a 3D map,a 360 degree view, plot your route and also to access lists of shops, events, offers, and floors. 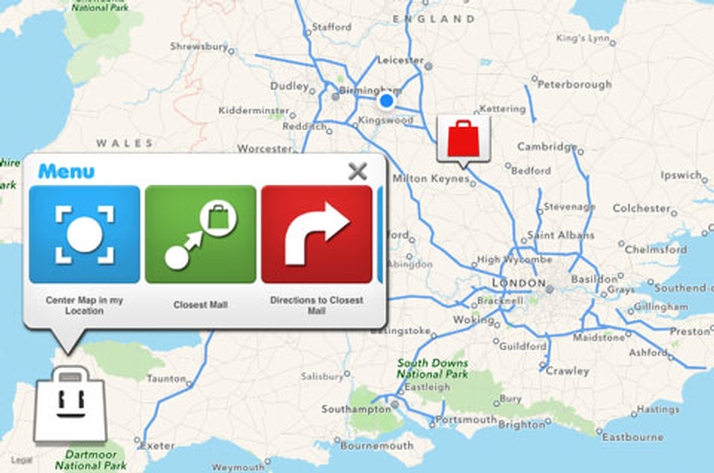 You can share your information with friends, but the problem with Mally is that it’s currently only available for a single shopping centre in the UK, Weston Favell Shopping Centre in Northhampton.

Spain fares much better with a range of malls covered by the Mally app. If it is extended beyond these limited locations, it has potential as it is user-friendly and offers features that can make a trip to the mall much easier. 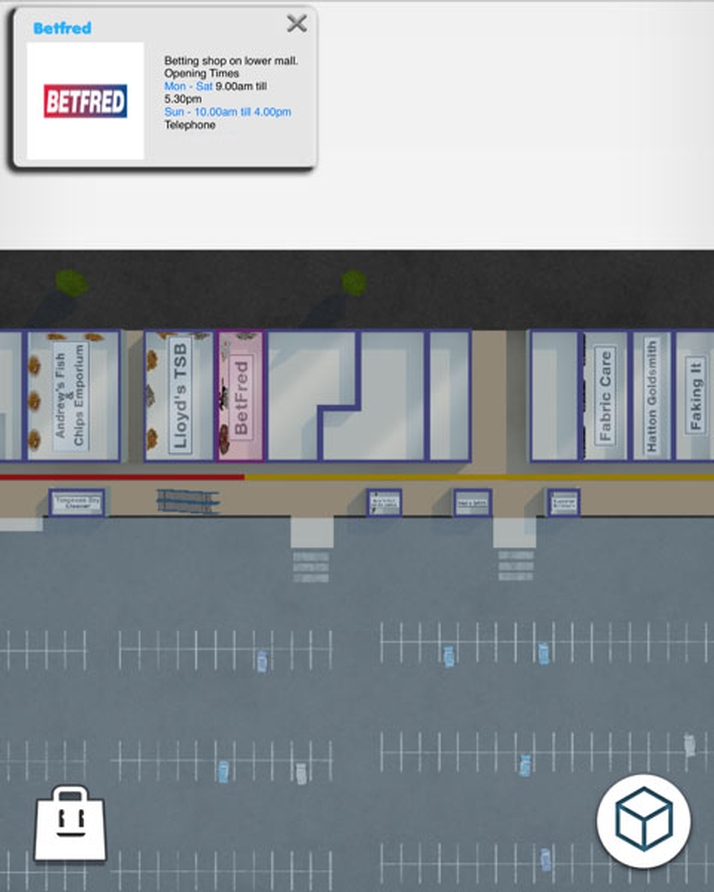 It is available for iPhone and Android devices.

Google has been in the indoor navigation game for a while, though it hasn’t quite found its feet as it has with Google Maps. Indoor Maps uses the same interface as Google Maps and is accessed through it. It is reliant on businesses uploading floor plans and maps of their indoor locations to Google Maps and offers a static view rather than an interactive one, but it is one way of finding your way around selected venues. The “You are here” icon provides some navigation features. 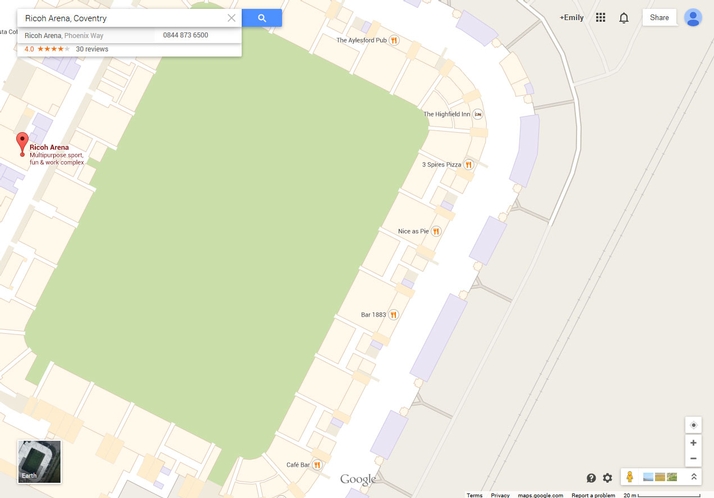 You zoom all the way into the venue and can then see the interior mapping of the airport, stadium or other place. In some mapped venues, you can also see an almost three-dimensional view of parts of the interior constructed with photographs and “walk” through it. 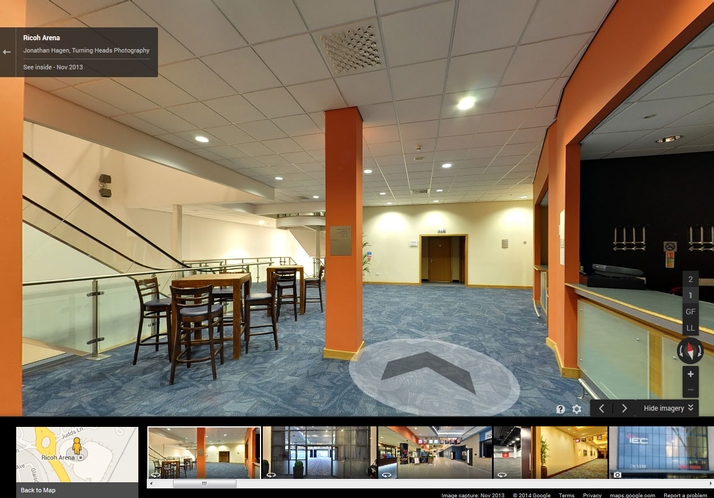 Google Indoors only works for selected venues, but there is quite a good list of UK-based places that are mapped, including major airports, certain train and underground stations, and museums. Stores such as B&Q and House of Fraser also have Google Indoor Maps for some of their stores. A full list of UK venues that have Indoor Maps can be found on Google’s website

You will need the latest version of Google Maps.

If it’s static maps you are looking for, and British ones at that, MApp has them. It includes a range of maps of theme parks, shopping centres, universities, train and London underground stations, parks, zoos and aquariums, airports, hospitals, and arenas. It uses your location to suggest nearby places that are MApped and provides average distances.

You can’t navigate through the selected map, but they are a good collection of maps for places you are likely to go. Essentially it is like having access to a database of PDF maps on your phone or tablet. You can download MApp from iTunes. 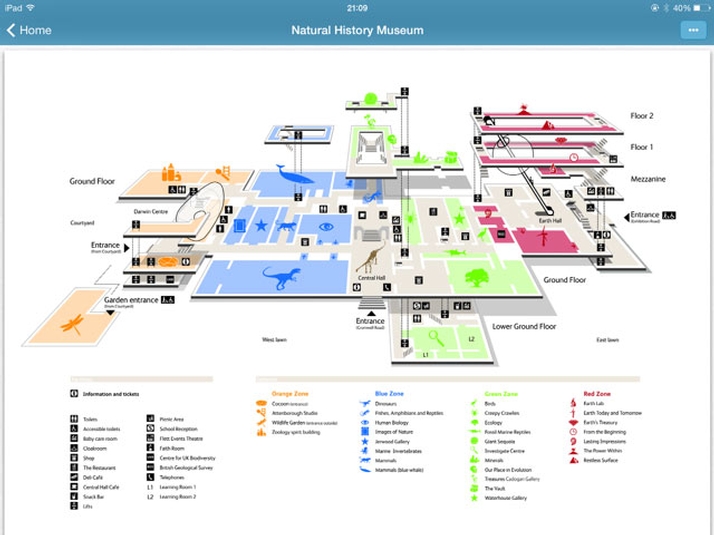 These apps offer a limited idea of what indoor navigation can offer. Going forward, developers need to examine what they want from such solutions. “It’s not just about accuracy, but reliability and availability. Inaccurate or infrequent services won’t be used,” McKinlay says.

He added that navigation does not just need a position but a useful map.  “What information do you want on the map?   For many people they simply want an extension of what Google tells them about the street outside, and the location of shops and bars,” he says. “Google Maps has become completely synonymous with navigating outdoors, but no maps exist for buildings.”

While the number of options is currently limited – and in many cases the functionality is too – indoor navigation solutions, whether apps or other possibilities, seem set to develop rapidly over the next few years, offering new ways to enjoy everything from shopping centres to hospitals and universities.

Other ways to navigate inside buildings

Apps and GPS aren’t the only possibilities when it comes to indoor navigation. Here are a few other options:

1. Google’s Project Tango, a prototype smartphone, features a vision processor that will allow it to create 3D maps of interior spaces.

2. Apple’s iBeacon uses Bluetooth low-energy (BLE) wireless technology to provide location-based services. The iBeacons, low-cost sensors essentially, are installed at a location and provide information to the user’s phone which can be used for indoor navigation as well as location and context-specific experiences through the mobile device. Virgin Atlantic trialled the technology at Heathrow.

3. Companies like Virtusa are working on solutions that leverage similar technologies to that of Apple, namely Bluetooth Smart. UK-based app developer Mubaloo is working with Cisco on combining Wi-Fi with BLE beacons to create indoor navigation.

4. The research community is also experimenting with different options. Dr Ramsey Faragher of the University of Cambridge is working on a system to provide accurate positioning and navigation inside buildings that uses radio signals, Wi-Fi signals and magnetic anomalies within buildings to provide detailed positioning data.

5. CSR, a Cambridge-based semi-conductor company, is developing a two-part system that uses hardware and software elements. Its SiRFstarV architecture has been designed to ‘sniff’ a number of different radio signals from Wi-Fi to Bluetooth, Cell to GPS, as well as other satellites: NAVSTAR, GLONASS, Galileo, BeiDou-2 etc.

It also uses movement sensors, which take over when the traditional radio signals are weak or non-existent. One of the sensors is a pressure sensor, which is so accurate it is able to determine the floor that you are on in a multi-story shopping mall, the company says. The software component is SiRFusion, which allows the various radio signals and sensors to be amalgamated, prioritised and fed into a backend server that is able to consolidate all the information and provide an accurate location either indoors or outside.

6. Radio navigation is an option, says McKinlay. “The frequencies involved in radio navigation can penetrate walls and don’t bounce around. Ultra wide band (UWB) systems have been proposed and tested for fire fighters,” he says. “A set of masts on vehicles around a building illuminate the building enabling fire fighters to find their way and broadcast their locations so others can keep track on them.”  A system similar to this has been trialled by Thales.

7. Adopting a military approach, McKinlay says could use ‘dead reckoning’. “From a known starting point the direction of travel and distance travelled can be measured,” he says. “This is still the preferred approach for military guidance systems where radio signals might be interfered with. Such autonomous systems have the advantage of not requiring an infrastructure but sensors are expensive.  New technologies promise cheap inertial sensors which could form the basis of such systems.”

Looking at all the possibilities, McKinlay sums it up: “Ultimately, the answer lies not with a single technology but with integrated systems. When you enter the shopping mall you know your location from your last fix with GPS.  You use a mixture of dead reckoning and ‘signals of opportunity’ to work out where you are.  You have a map of the building, some information about the routes other people have taken and also where you went the last time you visited.  The most likely platform will continue to be the smartphone.”