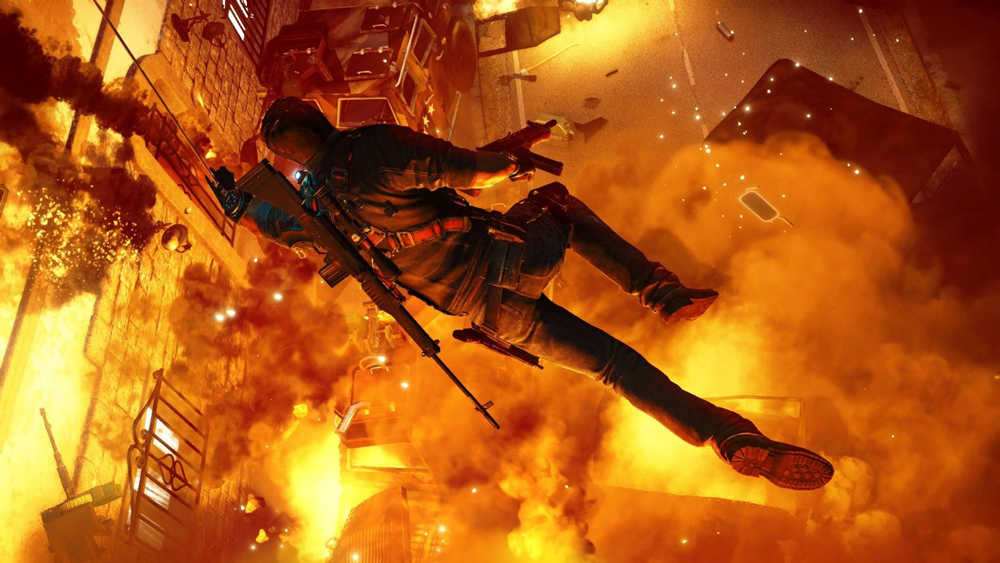 Just Cause 3 has been out since December 2015, but like any good game, Avalanche Studios has promised a plethora of DLC to be made available throughout 2016 via the Air, Land & Sea expansion pack. However, like many other season passes available, the downloadable content (DLC) is being released slowly throughout the year as opposed to all at once. Here, we round up everything you need to know about the Just Cause 3 Air, Land & Sea expansion pack, including the price, release date and gameplay details. Also see:  Best new games coming in 2016

What is Just Cause 3?

Just Cause 3 is the long-awaited third-generation of Just Cause: an action-adventure video game set in an open world environment that relies heavily on explosions and destruction in creative and exciting ways. The Just Cause series is developed by Avalanche Studios, published by Eidos Interactive and distributed by Square Enix. The most recent game – Just Cause 2 – was released as far back as 23 March 2010, so Just Cause fans have been waiting some time for Just Cause 3 and its DLC. 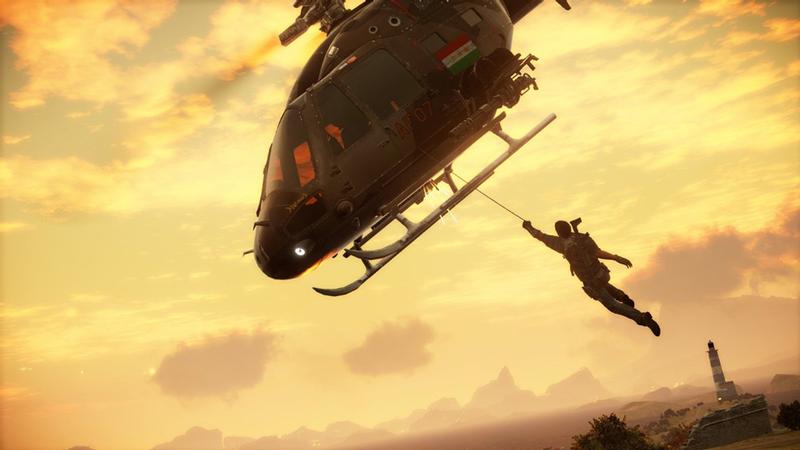 Just Cause 3 DLC UK release date: When is the Just Cause 3 Air, Land & Sea expansion coming out?

The Just Cause 3 Air, Land & Sea expansion is split into three individual pieces of downloadable content to be launched throughout 2016, with the last piece dropping before the end of Summer 2016. Here, you can find out all we know about the release date and features of each piece of DLC:

The first piece of Air, Land & Sea DLC was the aptly named Sky Fortress, which was released back in March 2016 and covers the “Air” part of the season pass. Sky Fortress contains a new set of missions that introduce an entirely new threat to the Just Cause 3 ecosystem – the eDEN Corporation, more specifically its Sky Fortress complete with an army of robotic drones. The DLC also provides Rico with a new (upgradable) rocket powered, weaponised ‘Bavarium Wingsuit’ fitted with shoulder mounted guns and a missile launcher, along with a personal defense drone and a ‘Bavarium Splitter’ assault rifle. 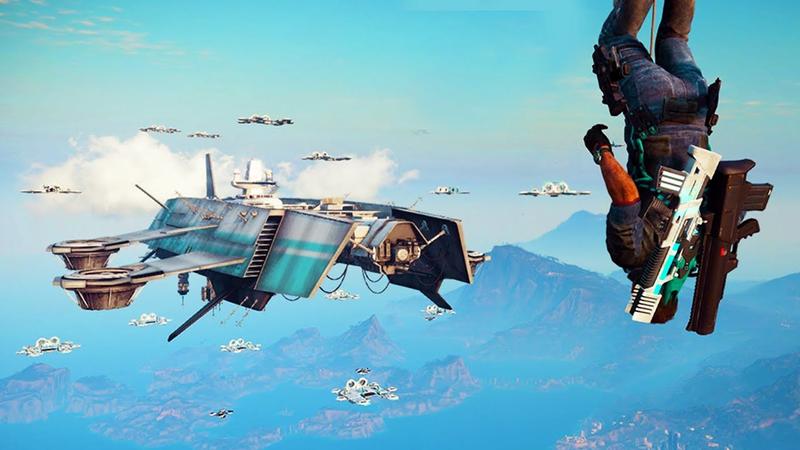 “The new content will fundamentally alter how our players approach the game – we’re really looking forward to seeing how fans adapt to the new Wingsuit,” said Tobias Andersson, Senior Producer at Avalanche Studios.

Avalanche Studios recently announced that the second piece of Just Cause 3 DLC is to be made available on Friday, 3 June 2016, and introduces a rather interesting piece of technology to the game – the mech. A cross between a tank and an Iron Man suit, the mech allows users to pick up objects and throw them thanks to a GRIP gravity weapon, provides a devastating punch thanks to the Force Pulse melee attack and provides additional standard weaponry for a splash of razzle-dazzle (in case a gravity-manipulating gun wasn’t cool enough, of course). 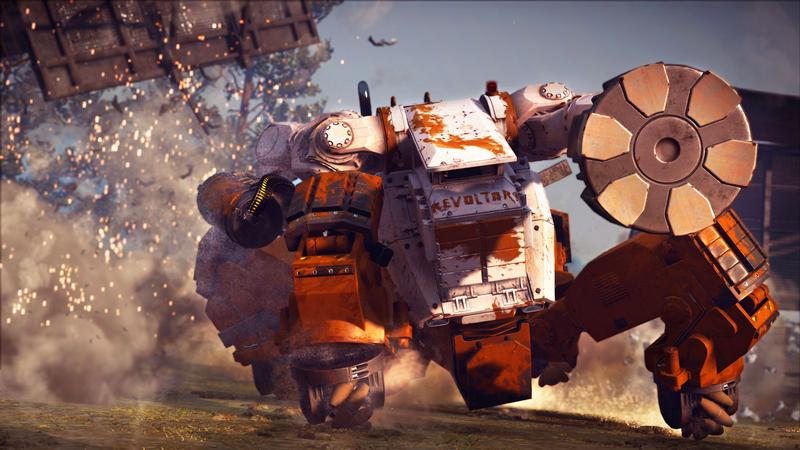 It doesn’t stop there though, as the mech can also jump, providing the ability to jump in the air and punch a helicopter out of the sky before ground pounding a tank on the way down. It’s another exciting way to cause destruction in the Just Cause 3 universe, as we can’t imagine throwing tanks at buildings and structures will get boring any time soon.

Bavarium Sea Heist, the final piece of DLC in the Air, Land & Sea expansion pack will be released before the end of Summer 2016, but apart from that details are a little scarce. If Sky Fortress was Air, Mech Land Assault was Land then it suggests (as does the name) that the third piece of DLC will be focused around the sea. Keen Just Cause 3 modders noticed a line of code within the game that refers to a Submarine, suggesting that we might be seeing Rico delve into the deep via a sub sooner rather than later. 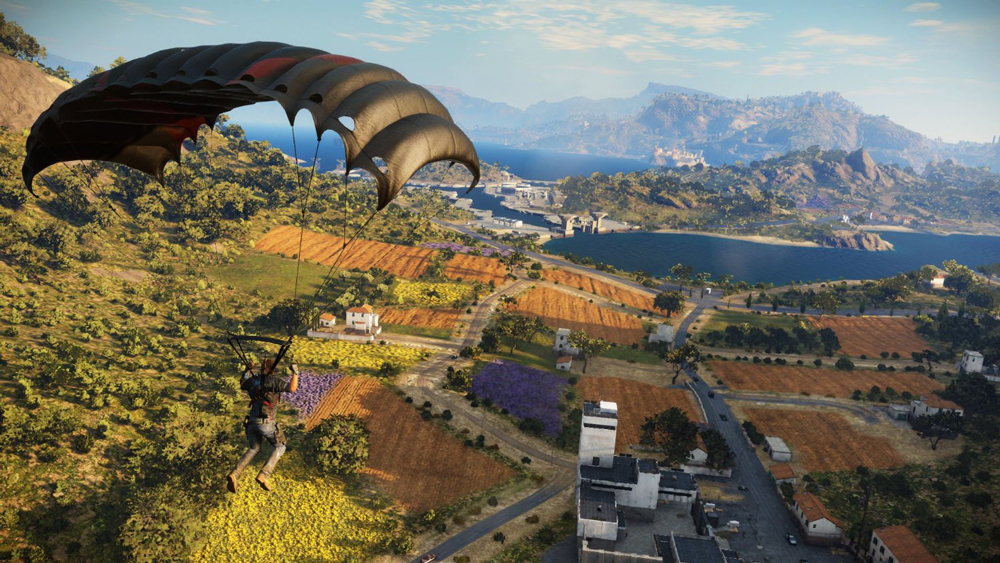 Make sure you check back regularly, as we’ll be updating this with more information as soon as we receive it! 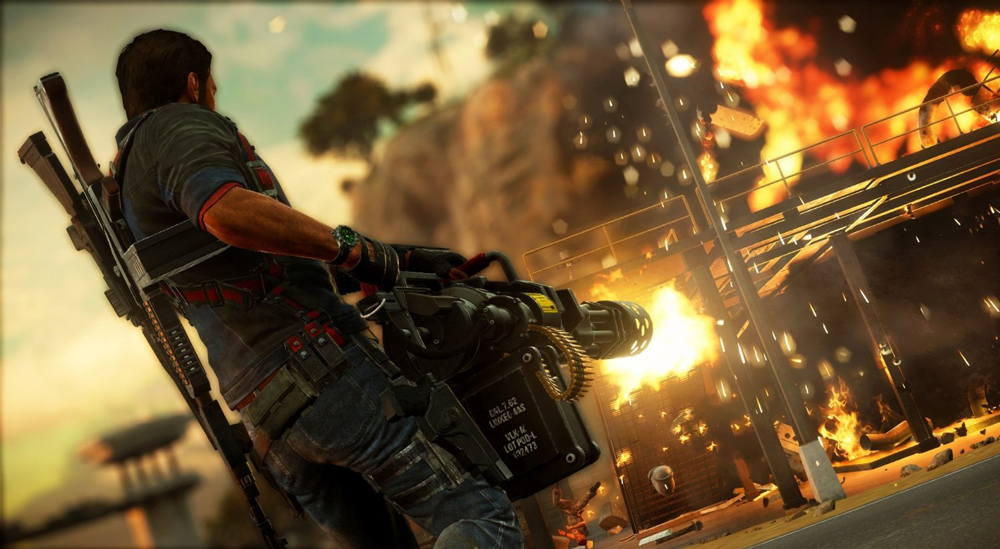