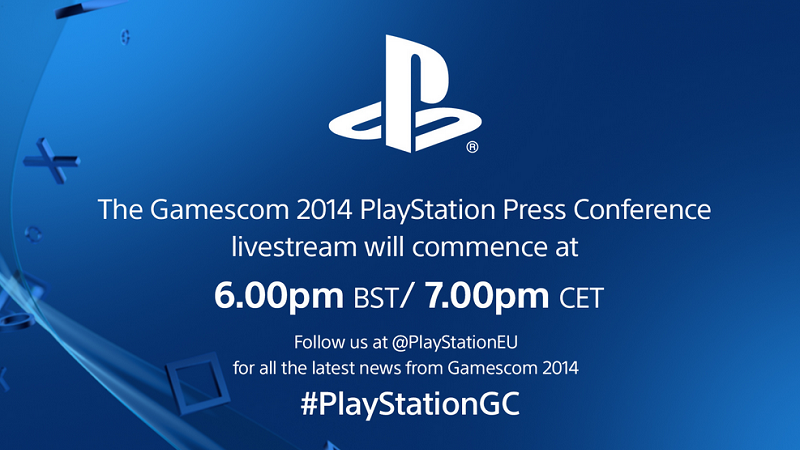 Gamescom 2014 is here and we’ve got a live video stream of Sony’s PlayStation press conference event so you can watch it. See also: Xbox One vs PS4.

The Gamescom show is Europe’s biggest for all things gaming and if you missed the Microsoft Xbox briefing earlier, don’t worry because Sony’s PlayStation even is yet to come. It starts at 6pm British summer time and you needn’t go anywhere because we have the live video stream right here so sit back and enjoy.

Sony will want to pull out the big guns as Microsoft earlier announced new Xbox One console bundles including Fifa 15, Call of Duty Advanced Warfare and Sunset Overdrive. The latter has the white edition of the Xbox One.

Microsoft also confirmed that Rise of the Tomb Raider will be an Xbox exclusive plus new features for its customers such as pre-downloading games ahead of their launch.

It’s expected that Sony will show some gameplay footage of 2015 RPG, Bloodborne. The firm will also, we expect, finally reveal a mystery horror game which has been hyped for weeks. There could also be footage of Uncharted 4: A Thief’s End and Beyond: Two Souls.