Twitter is an amazing public resource, and has grown from a niche micro-blogging website into a valued communication tool that is often the worldwide source for breaking news. Anyone can set up and use Twitter, and sometimes it seems like everyone already has.

The basic premise of only having 140 characters with which to say something has become something of an art form for some users – depending on who you decide to follow on Twitter, your timeline will be filled with jokes, news, links, pictures and (typically) arguments.

The service is gradually allowing users more room for what they want to say, removing photos and URLs from the standard 140-character limit in first tweets and now also replies. And it has increased the video time limit from 30 seconds to 140 seconds.

In September 2016, Jack Dorsey of Twitter teased the rollout of 280 character tweets:

This is a small change, but a big move for us. 140 was an arbitrary choice based on the 160 character SMS limit. Proud of how thoughtful the team has been in solving a real problem people have when trying to tweet. And at the same time maintaining our brevity, speed, and essence! https://t.co/TuHj51MsTu

Some users have been able to use the function already and can send tweets twice the normal length. We await a worldwide rollout of the feature, but it’s an interesting move for Twitter. The company is under pressure to grow its user base, which dramatically plateaued over the last couple of years.

But Twitter remains a confusing place for those new to Tweeting. We break down the basics of Twitter and its features to provide you with a guide to one of the world’s most used online resources.

Tweets are 140-character messages. You can send as many as you want as often as you want, and anyone else on Twitter who chooses to ‘follow’ you will see these tweets appear in their timeline. 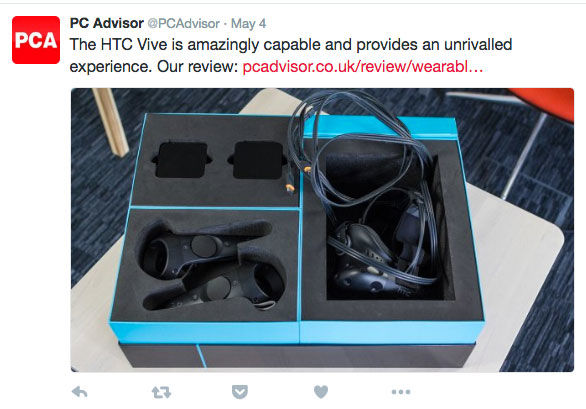 Accounts can be run by anyone from your mates to corporate enterprises. So for every debatably hilarious meme your mate posts, it could end up appearing next to a Microsoft advertising tweet.

You can change yours setting so that your tweets are viewed only by the followers you approve. This goes against the point of Twitter, but if you want to, there’s an option to do so.

What is a hashtag?

A hashtag is a simple way to tag your tweets with a relevant word or phrase: just don’t use spaces. So if you want to tweet about the Samsung Galaxy S7, for example, you’d have to put #samsunggalaxys7

If you hashtag something in this way, you can click on it and view all the other tweets from around the world that have used that hashtag. If a certain hashtag is used often enough at the same time, it will ‘trend’ on Twitter. Read up about trends further down.

You can tag other Twitter users in your tweets, which will notify that person or account that you’ve tweeted them. For example:

You can reply to any tweet directly, but email etiquette doesn’t apply here – you might not get a reply! You can also retweet others’ tweets, which will in turn appear on your followers’ timelines.

Another way to interact with a tweet is to like it, by clicking on the little heart that’s in every tweet when it’s read. This is next to the icons to reply and retweet.

There’s also three little dots – click on them and you’re given more options on how to interact with the tweet.

We don’t want to be patronising here, so we’ll keep it brief. A tweet can be anything at all – a status-like update like on Facebook for example:

Adding an image restricts the number of characters you can use in your written message, the number remaining for you to type is displayed next to the ‘Tweet’ button that you will click to send your tweet.

On a computer, you’ll have to find and save the image you want to tweet first, before clicking the camera icon to search your hard drive for it.

Twitter now lets you tweet up to 140 seconds of video. Simply press the camera icon under the new tweet field and then choose the camcorder icon. Press and hold the red button to record.

Adding a location is handy if you are somewhere and tweeting about that place, like if you want to tweet a picture of the huge dinosaur at the Natural History Museum.

If you’re tweeting from your mobile, the GPS in your phone will help you find locations nearby. Simply click the location pin icon.

A GIF is a moving image made out of a few stills, and can be added much like an image can to a tweet. Twitter provides a library of a few popular ones for you to start with. Click on GIF: 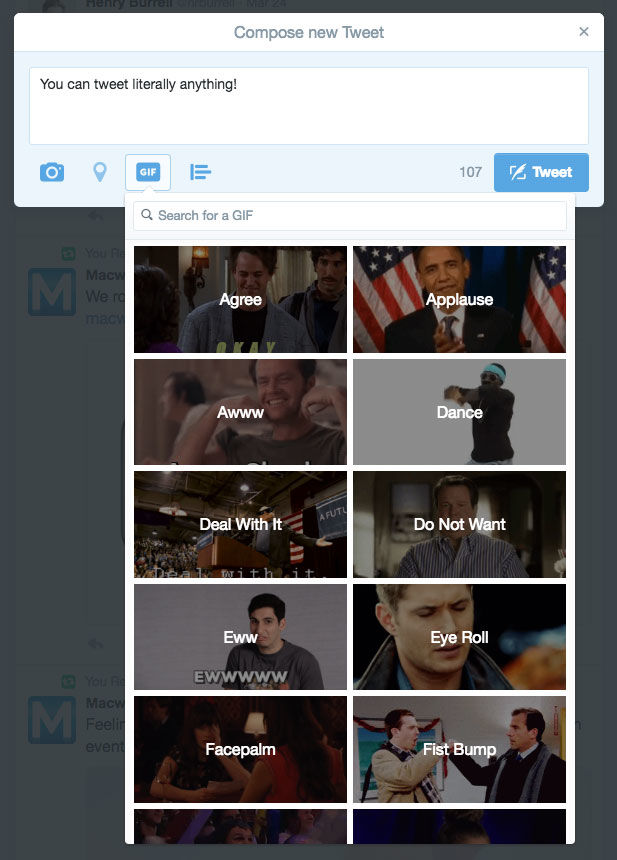 You can also tweet a poll question to your followers, though these are usually more popular with large companies or personalities who have many thousands of followers. You can do one if you want though!

Simply click on poll, type your question and then a minimum of two or maximum of four answers. You can set the poll to run for any length from five minutes to a week. Click on the fourth icon along on the tweet window, which is the poll icon: 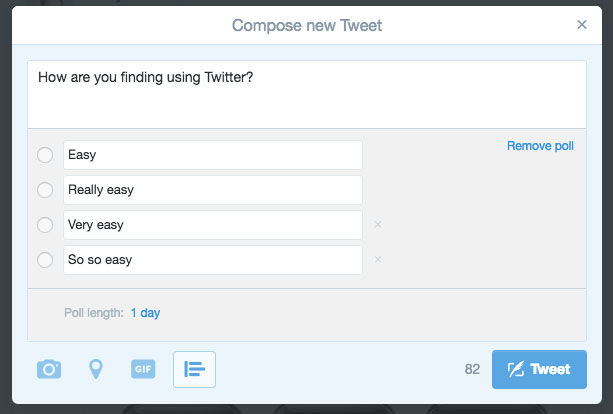 Twitter is a global social media network, and it shows you what is trending around the world. You can find the trending tab by clicking Home on Twitter, and it’s on the left underneath your profile stats. 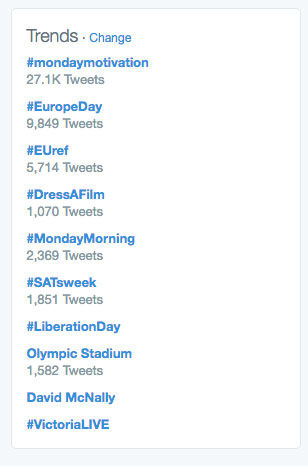 You can choose whether or not to allow Twitter to tailor trends for you or by location. For example, if you follow a lot of football clubs and tweet about football regularly, then you’ll probably see a few more football hashtags and trends then other people.

If you click on any of the trends, like in the above list, you’ll get taken to a timeline of only tweets that use that hashtag.

How to use direct messaging

You can send private direct messages to people on Twitter. Usually, you can only send messages to someone if they follow you, so you can’t go messaging anyone.

However, in Settings you can change this default so that any Twitter user can message you. If you’re brave enough, go to Settings, then tick the box that says ‘Receive Direct Messages from anyone’.

Direct messages are a quick and easy way to effectively send someone an email style message, and this used to be restricted to 140 characters like public tweets. However, Twitter has removed this limit now, so your messages can be much longer now – up to 1,000 characters per message.

With new updates to the app and that’s the case with the most recent version. You probably won’t read what all the changes are but you might want to change the privacy settings as Twitter will now track your behaviour outside of the social network and store this data for 30 days.

Moments is a feature relatively new to Twitter. Twitter curates the ‘moments’ itself. Click on Moments at the top of your browser (or tap the Lightning bolt icon on the Twitter app) to view them.

Trending Twitter stories are displayed with clear pictures and headlines, with Twitter reaction to these stories collected below. It’s based on your followers, popularity of the topic and location amongst other clever algorithms, so check it out if you want to discover a story you hadn’t heard about yet. 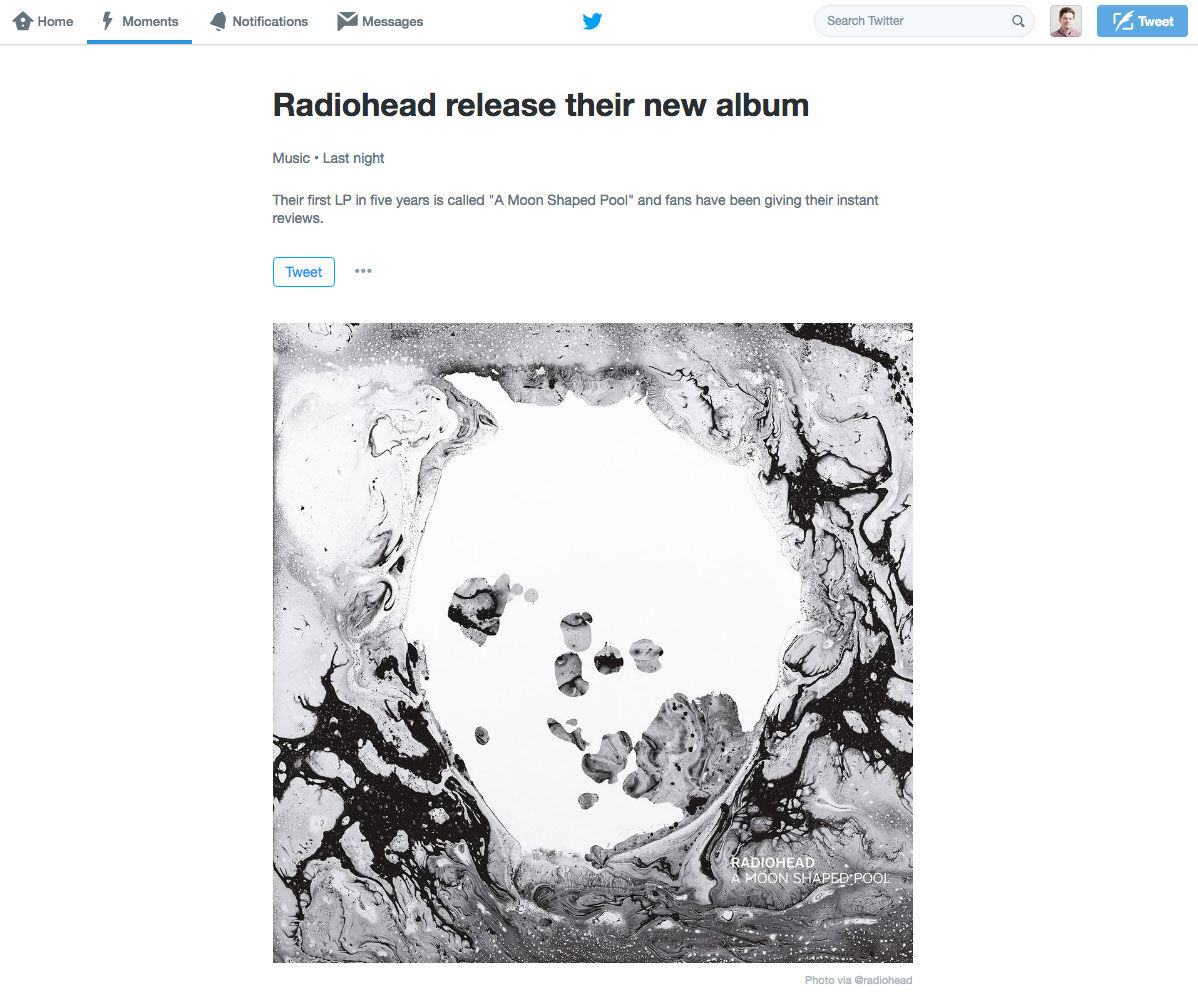 It’s still in its infancy, and will work better the more people you follow and the more you interact with their tweets: replying, retweeting and liking.

It also gives you the option to ‘find friends’ by syncing with your phone’s contacts to see which of them are using Twitter. This is particularly handy if you’ve only just signed up. 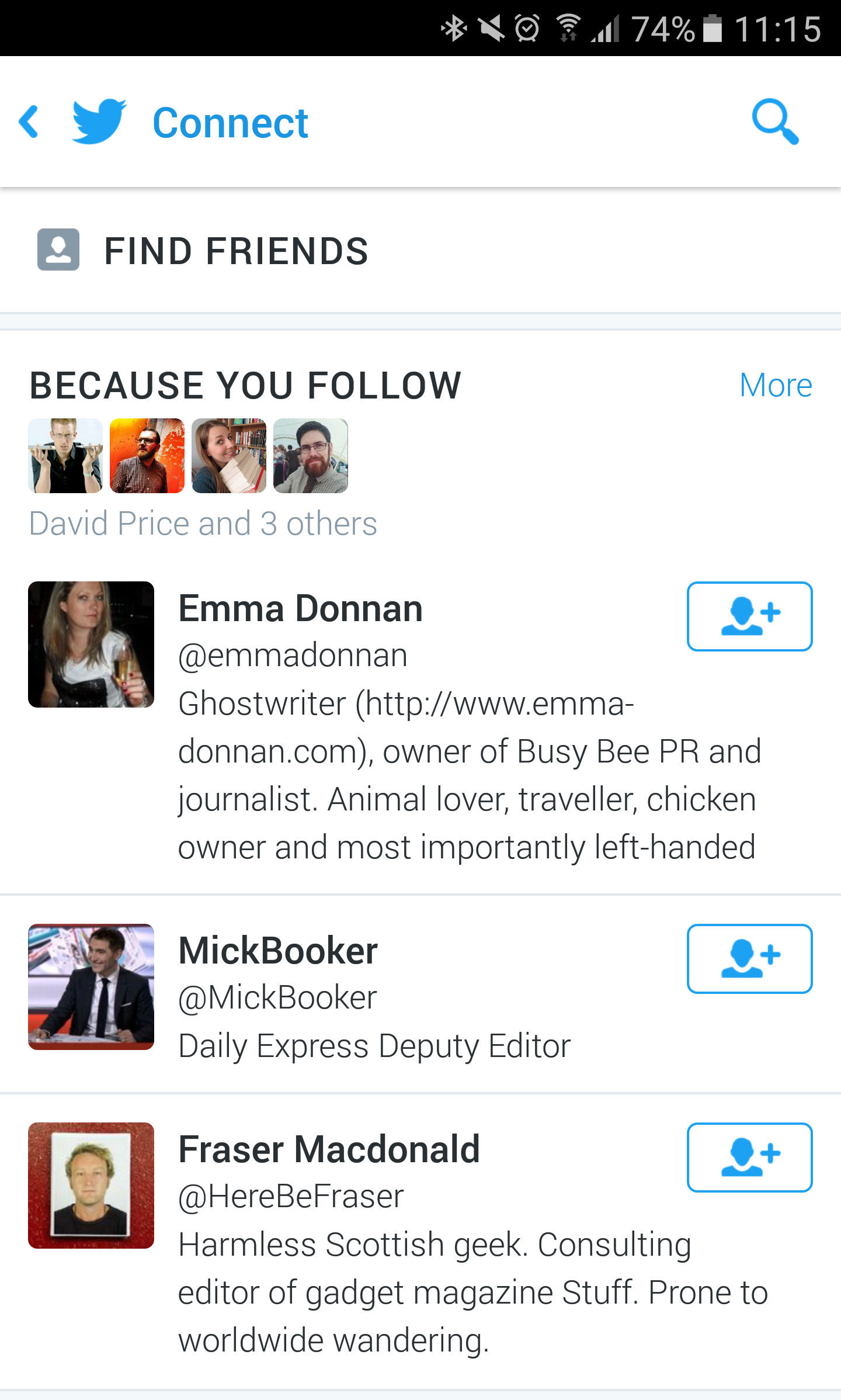