HTC unveiled a new flagship smartphone at MWC 2015 in Barcelona. A lot of the details were leaked beforehand, but here’s what you need to know about the HTC One M9 UK release date, price and specs.

It didn’t take much effort to work out that ‘the new HTC One’ would be the HTC One M9, following on from the popular HTC One M8 which was one of the best smartphones of last year. Announced at its press conference in Barcelona for MWC 2015, we now have all the official details for the HTC One M9. (Also see  Best smartphones 2015 and  Best Android phones 2015.)

Announced on 1st March 2015, you can from today (31 March) get your hands on the new HTC One M9. The firm’s official price is £579 but we also have details from mobile networks and retailers which differ. Also see: Where to buy the HTC One M9 and best deals.

HTC One M9: Specs and features

Anyone familiar with the One M8 will immediately see that HTC hasn’t changed the design much for the M9. And the M8 was much like the original HTC One. It’s a design evolution which the company likens to the Porche 911. It would. But it’s a tough call: both the One and One M8 were great phones, so HTC is arguably playing it safe and probably wants to avoid rocking the boat. Whether the updates are enough to tempt existing M8 owners – or indeed owners of other brands – remains to be seen. Also see:  HTC One M8 vs HTC One M9.

Improvements include a scratch-resistant coating, machine-drilled buttons and a sapphire glass lens on the rear camera. A new two-tone effect is being used so the sides of the phone are a slightly different colour to the rear cover. 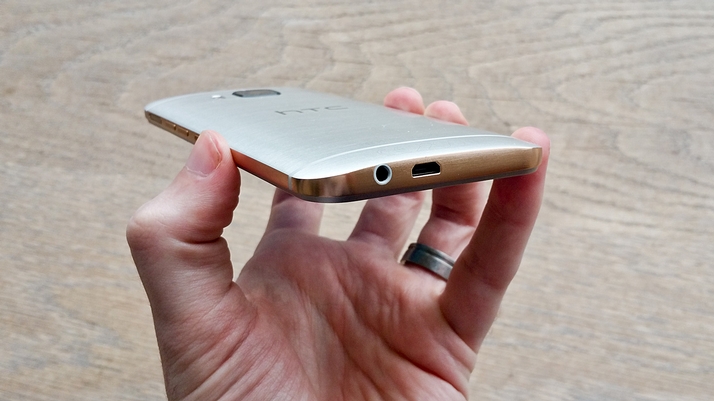 HTC has stuck with a 5in Full HD screen stating that a screen this size doesn’t require a resolution higher than 1920×1080, but has upgraded to a Qualcomm Snapdragon 810 64-bit processor and 3GB of RAM. There’s 32GB of on-board storage and a microSD card slot like before.

Sound, photo and video are important to HTC and the HTC One M9 has a new 20Mp rear camera which means a departure from the Duo Camera setup found on the M8. It can record video in 4K resolution and uses a ‘dynamic exposure algorithm’ to mimic the human eye. We’re told it can still produce similar effects to the Duo Camera even though there isn’t a second lens. The front camera on the M9 is the rear camera from the M8, which means it has a 4Mp resolution.

Here’s the One M9 (left) side by side with its predecessor – easily identifiable thanks to its Duo camera configuration. Also see:  HTC One M9 vs Samsung Galaxy S6. 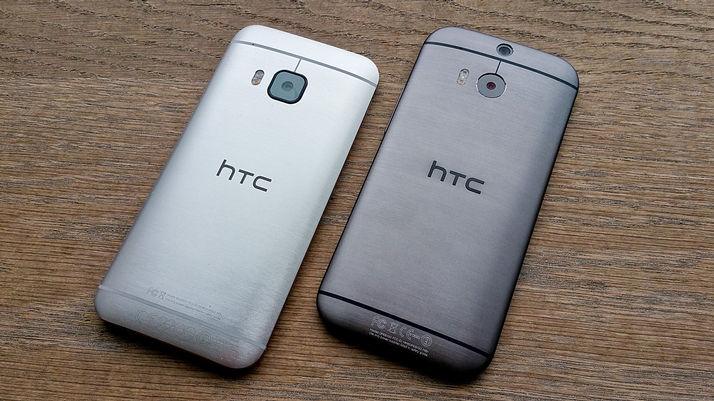 Sticking with the BoomSound stereo speakers, the M9 now has Dolby Audio which HTC says can produce a 5.1-esque effect. A new feature called HTC Connect will allow users to send audio to wireless speakers and support multi-room. The new Harmon/Kardon One will be exclusively bundled with the M9. 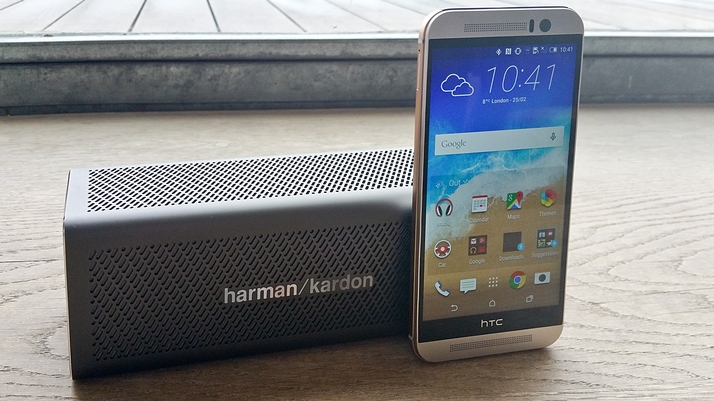 HTC Connect is part of Sense 7.0 which now has Themes so you can customise the interface to a deeper level including icons and font. You can even generate a theme from a photo. Home is location aware so you can use a completely different homescreen layout when you’re at home, work or elsewhere. You can force the changes but suggestions will be made based on your usage. 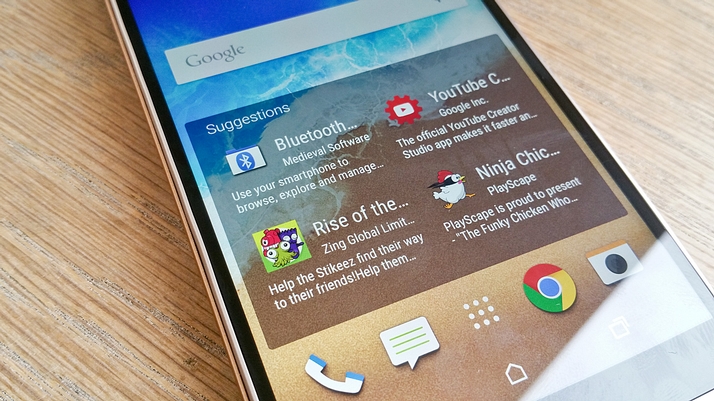 Here are the headline specifications for the HTC One M9: