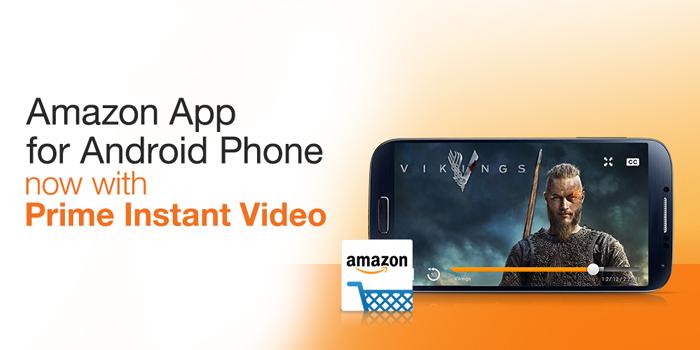 These days there’s an app for everything but, until now, if you wanted to watch Amazon Prime Instant Video then you were actually fairly limited. There was an app for Kindle Fire tablets, iPads, games consoles and Smart TVs, but none for Android.

Many users were been reaching out to Amazon and hitting forums requesting an app for Android with no avail, but we have good news on this front.

On 9 September, Amazon finally announced that the Amazon App for Android has been updated to allow users to stream Prime Instant Video on their devices.

How to get Amazon Prime Instant Video app for Android

Anyone with a subscription to Amazon Prime Instant Video will now be able to update their existing Amazon App for Android and then install the Prime Instant Video player app by clicking Watch Now on one of the many movies and TV shows available. There’s also a free 30-day trial available for the service, so if you’re not a subscriber but want to try it out that’s definitely worth a try.

See: The 25 best movies and TV shows to watch on Amazon Prime Instant Video in the UK

The launch of an Android app for non-Kindle devices should massively increase the potential reach for the streaming service – Google announced at I/O that it has 1 billion active users. This would help it in the battle with rival services such as Netflix and BlinkBox.

The launch of the Android app follows the release of Amazon’s Fire Phone in the UK earlier this week, as well as the launch of its Fire TV streaming box in the UK last week.

4K quality content also looks like it will launch this year with Russell Morris, marketing director at Amazon Instant Video, confirming with PC Advisor at the firm’s Christmas show in centrail London in July that there is a team working on specifically that. Amazon Studios announced that it plans to shoot all 2014 full original series, including comedies and dramas, in 4K Ultra HD.

Two of its own-brand series will launch in 2014 with a further two to arrive in the first quarter of 2015 so these may arrive in UHD. Extant starting Halle Berry is already available but isn’t in 4K.