OnePlus has announced that it will still use an invite system in order for users to buy a OnePlus 2. However, it’s changed things since the first time round after learning a few lessons so here’s how to get a OnePlus 2 invite. See also: Best smartphones ofUK

ALSO SEE:  HOW TO RE-WATCH THE ONEPLUS 2 LAUNCH | ONEPLUS 2 HANDS-ON REVIEW | ONEPLUS ONE VS ONEPLUS 2

Update 9 October: On Monday (12 October) OnePlus is holding an open sale in which you can purchase the OnePlus 2 without an invite for one hour only between 12:00 and 13:00 CEST.

Update 8 August: Geekbuying has now confirmed that it has ‘some’ stocks of the 64GB Sandstone Black OnePlus 2. You do not need an invite to purchase the OP2 from Geekbuying, but you will pay a slight premium over the RRP – £316.34 against £289. If you wish to go ahead and buy the OnePlus 2 from Geekbuying, read our advice on grey market tech. Also note that the Chinese version sold by Geekbuying does not support the 800MHz/Band 20 4G LTE required by O2’s network in the UK.

Update 31 July: The OnePlus 2 reservation list has passed the 1 million mark but you can still get on it here. You can also try to win a OnePlus 2 by picking one of the firm’s 10 challenges, filming it and sending in your entry. There are 22 being given away for the competition and you’ll want to get your mates to vote for your entry.

“More hardware companies have died from having too much inventory than from having too few sales. We’re in this for the long run, and we firmly believe that the long-term health of our business is far more important than growth.” Said the firm in a blog post.

The  OnePlus One was so popular that the firm’s invite system was the only way to manage cash flow and inventory. The success meant that there was a supply and demand issue but OnePlus has rethought the system for this year’s flagship smartphone. Read: How to watch the OnePlus 2 launch live – With cardboard or without cardboard VR.

“Although most people understand and support us, we’ve also received some less-positive feedback. Some people thought it was too difficult and time consuming to obtain an invite or thought it was all some big marketing stunt. With the OnePlus 2, we’ve taken this feedback to heart and are introducing a few key improvements to the purchase experience,” it added. 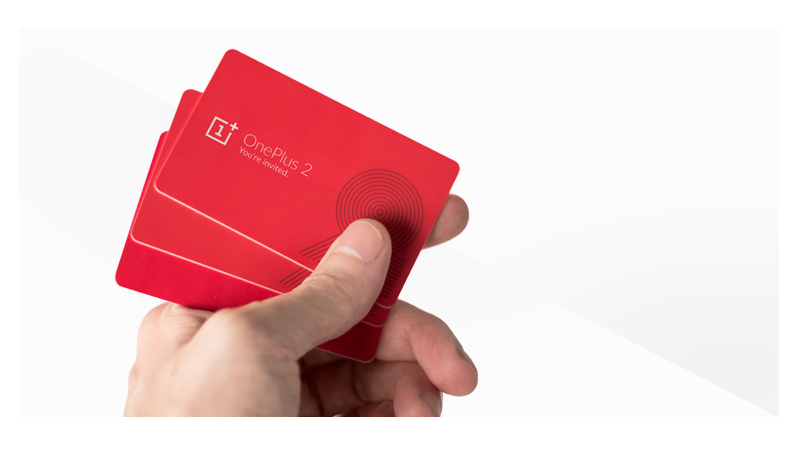 How to get a OnePlus 2 invite: More invites and a reservation list

The first thing to point out is that it will be easier to get an invite for the OnePlus 2 compared with the original. This is because there will be a lot more on offer – OnePlus said there will be up to 50 times the amount compared to last year.

As per the photo above, there will be physical invite cards but OnePlus hasn’t explained how these will be distributed.

You’ll just need to enter your email to join the reservation list but be aware that early forum supporters will get priority. When you do get an invite, you’ll need to use it within 24 hours before it gets sent to the next person.

People who successfully buy a OnePlus 2 will receive invites to send to whomever they like, like last time. OnePlus promises they will arrive much faster but not straight away – ‘We manually roll out invites to share based on stock levels.’ warns the firm. Read: OnePlus Power Bank review.

We like the sound of the new invite system but let us know what you think below. If you’re still looking to buy the OnePlus One continue below.

How to buy a OnePlus One

Although the OnePlus 2 is on the way, you might still be looking to buy a OnePlus One and that’s not a bad idea – it’s still a decent phone and it much more affordable than big name flagship rivals.

After delays, invites, price hikes, price cuts and flash sales (we’re not going to explain the whole story here), the OnePlus One is available to buy without an invite just like any other smartphone. So if you want to buy one despite the incoming OnePlus 2 you only need to hop over to the OnePlus store and make your purchase.

The OnePlus One is currently just £179 for the 16GB model and £219 for the 64GB model which are both good deals. We can only assume that it will remain on sale after the OnePlus 2 launch since the company won’t want stock lying around collecting dust. Whether the price will be cut once the OnePlus 2 goes on sale is another matter so you might want to hang on just in case.