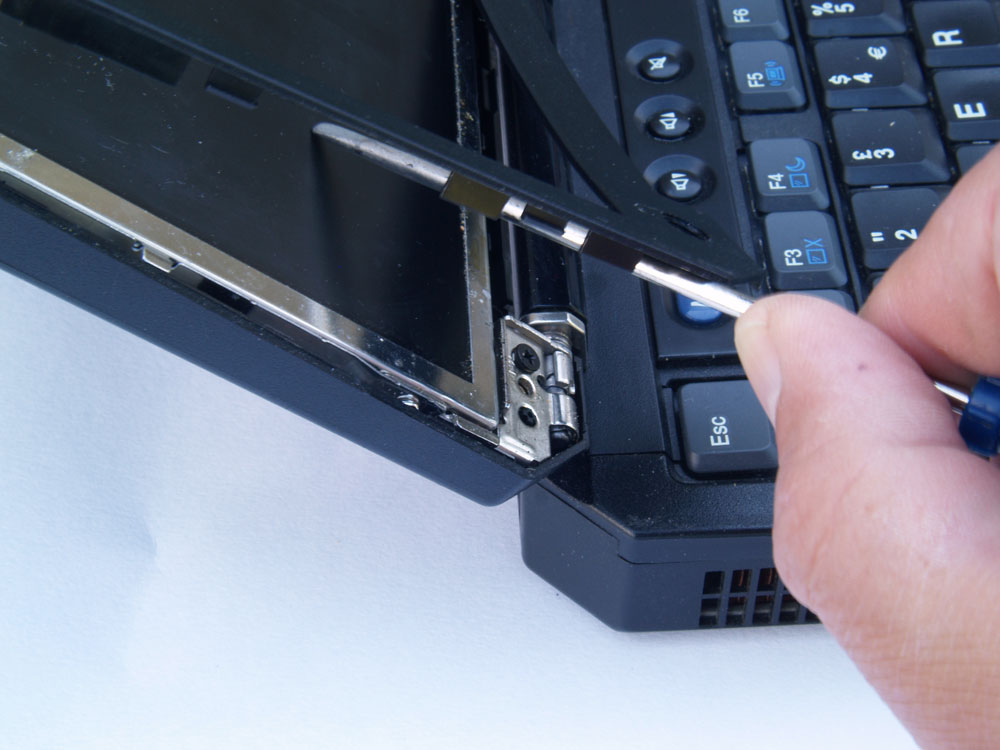 The LCD panel that comprises your laptop’s screen is one of the most likely components to fail. If the screen does stop working, don’t assume that you’ll have to dig deep in your pockets to buy a new laptop. Replacement screens can be bought for most models and swapping out the failed screen is usually a much cheaper option than shelling out for a new laptop. What’s more, you don’t have to send it away or pay for someone to do the job: you can replace a laptop screen at home with some basic tools.

He we provide practical guidance on how to proceed, starting with diagnosing whether the screen truly is the culprit. However, we do assume that you know for sure that the problem is related to the video system and not something totally unrelated like the hard disk. Note that some laptops fit together in a slightly different way from the one shown here but the same principles apply.

How to replace your laptop screen

1. First, you need to identify the problem. If the screen flickers, or initially comes on but then goes off, or an image appears but extremely dimly, it could be the inverter that drives the backlight that’s failed. If so, go to Step 3.

2. If the screen is totally black, or perhaps shows garbage, attach an external monitor and, if necessary, press the appropriate key to switch to it. If you get no image on the monitor it’s probably the video circuitry so replacing the screen won’t help. Unfortunately, it looks like you’ll have to buy a new laptop. 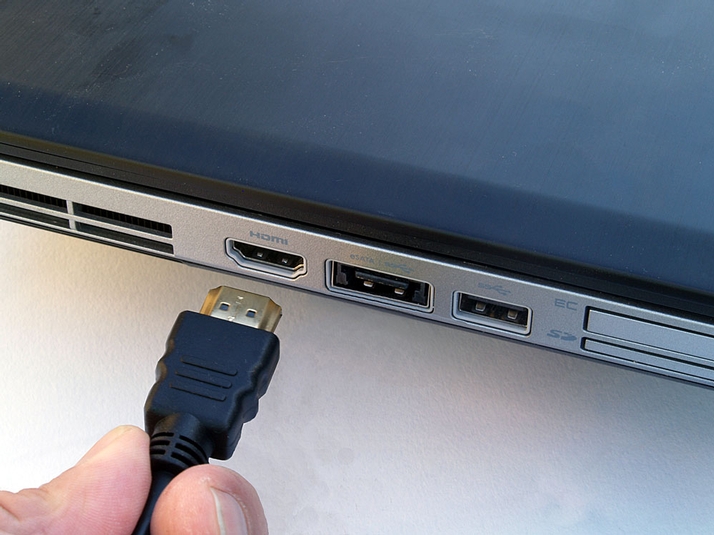 3. First, as a safety precaution, both for the laptop and yourself (bearing in mind that there are high voltages in a laptop, despite it being powered from a low voltage battery), disconnect its charger and remove the internal battery. If you have one, wear an anti-static band which is earthed. If not, earth yourself by touching a radiator or any other metal object that is grounded. 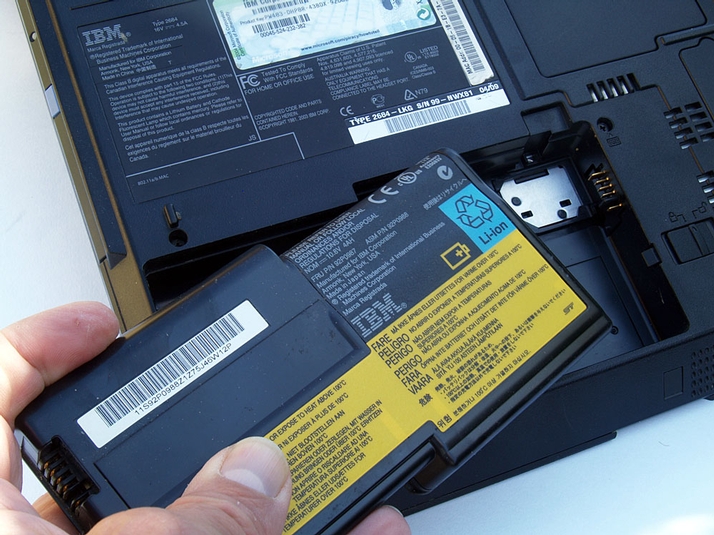 4. The screen bezel is sometimes secured by screws hidden behind rubber covers. If so, remove them using a very small jewellers’ screwdriver. Now remove the screws. As you proceed, keep each set of screws safe and separate, making a note of where they fit. 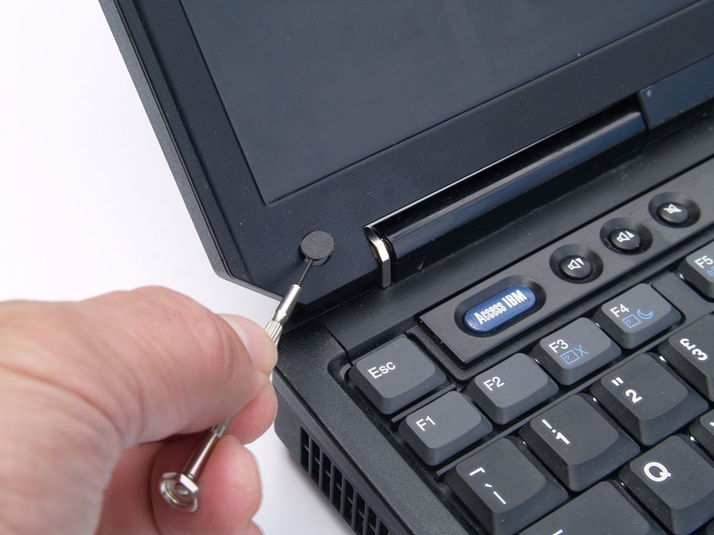 5. Having removed any screws, prize off the bezel using a small flat-bladed screwdriver, or a plastic pry tool (plastic tools are safer and less likely to damage or scratch your laptop’s plastic casing). Start at one point and work your way around until it comes loose. If you identified the LCD panel as the culprit, as opposed to the inverter, go to Step 8. 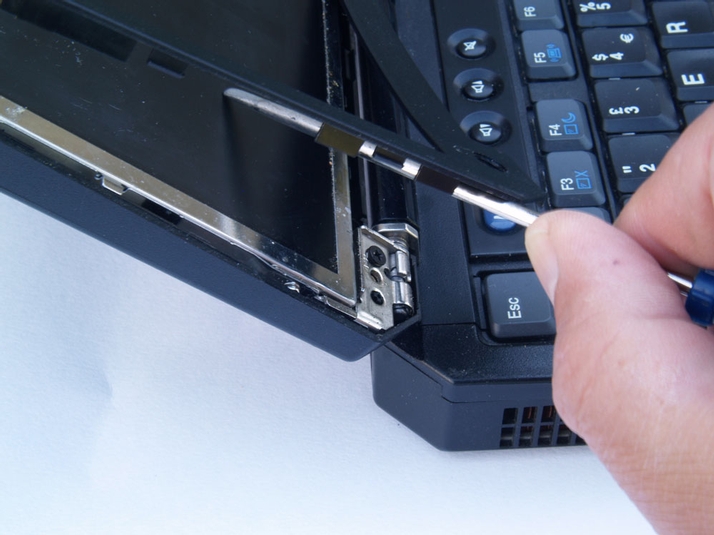 6. If you identified the inverter as the potential cause of the problem, this is the long narrow circuit board which should now be visible, mounted between the screen and the case, probably at the bottom. Unscrew it carefully. 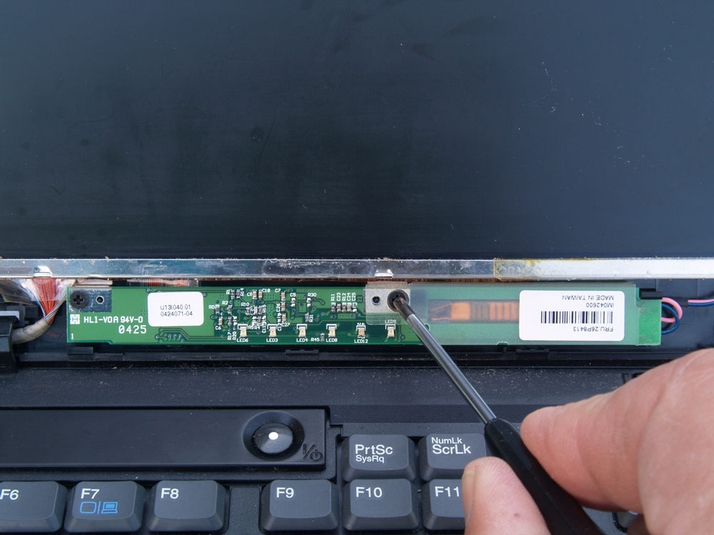 7. With the inverter loose, unplug the cables that connect to it – one that provides power and the other that goes to the LCD panel. Remove the board and make a note of the part number so you can order a new one. Go to Step 10. 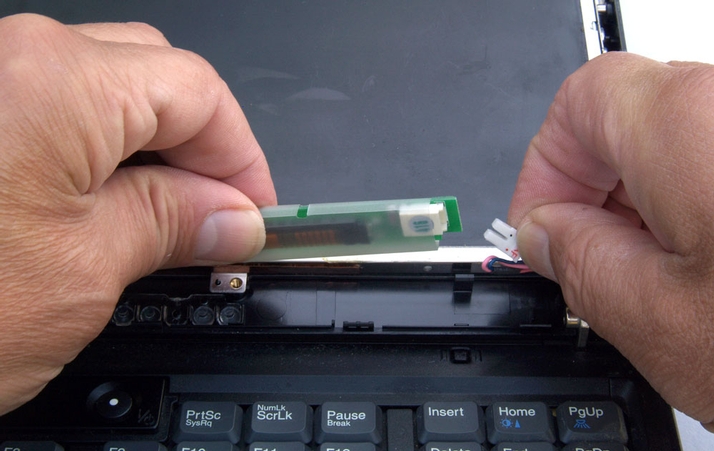 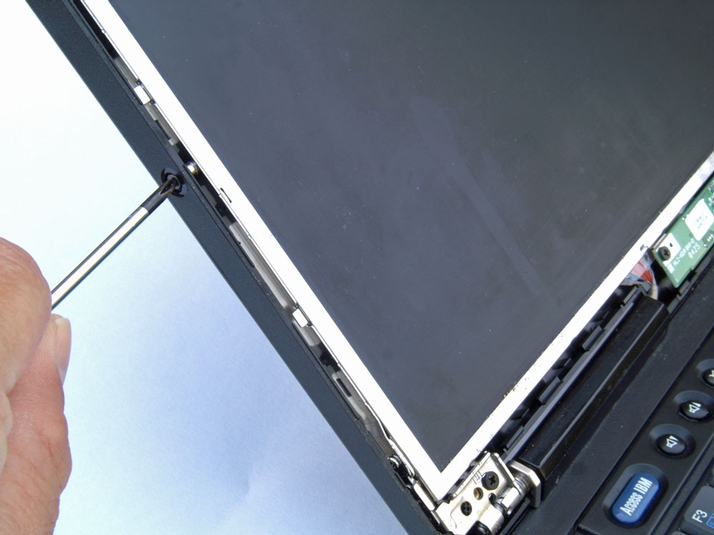 9. Unplug the multi-core cable that connects to the panel, probably on the rear. Unclipping the cable may be as simple as pulling it out of the socket, but there might also be a clip which you need to slide outwards or upwards. Just be careful, as these are delicate components which are easily damaged.

Now remove the panel, note its part number and order a new one. Keep the various screws and your notes safe while you’re awaiting delivery. 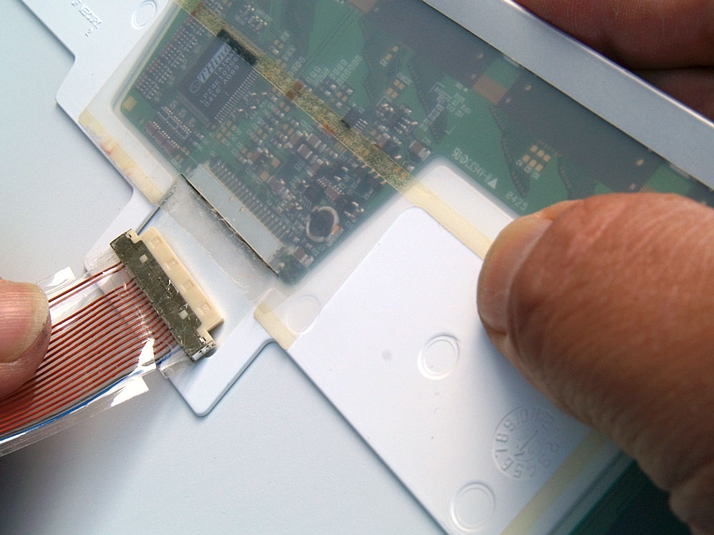 10. When the replacement component arrives, reconnect the leads that you unplugged from the old one and screw it back in place. Before replacing the bezel, it would be a good idea to check that it works, but keep your finger well away from the inverter. 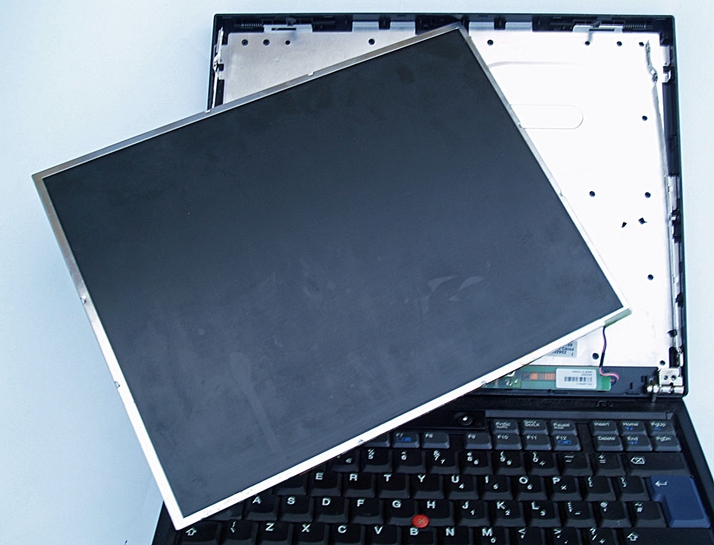 11. Complete the reassembly of the laptop by replacing the bezel (it should just snap on) and if there were any screws securing the bezel, replace those too. A final check should now just be a formality and you’ll have restored your laptop to its former glory. 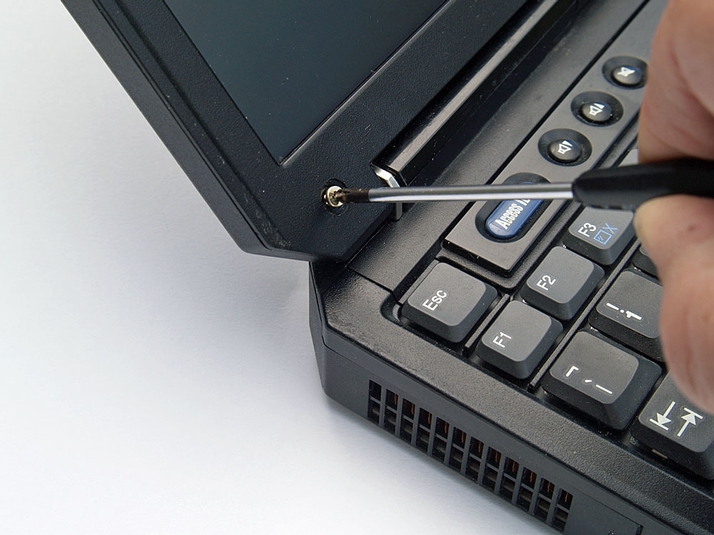