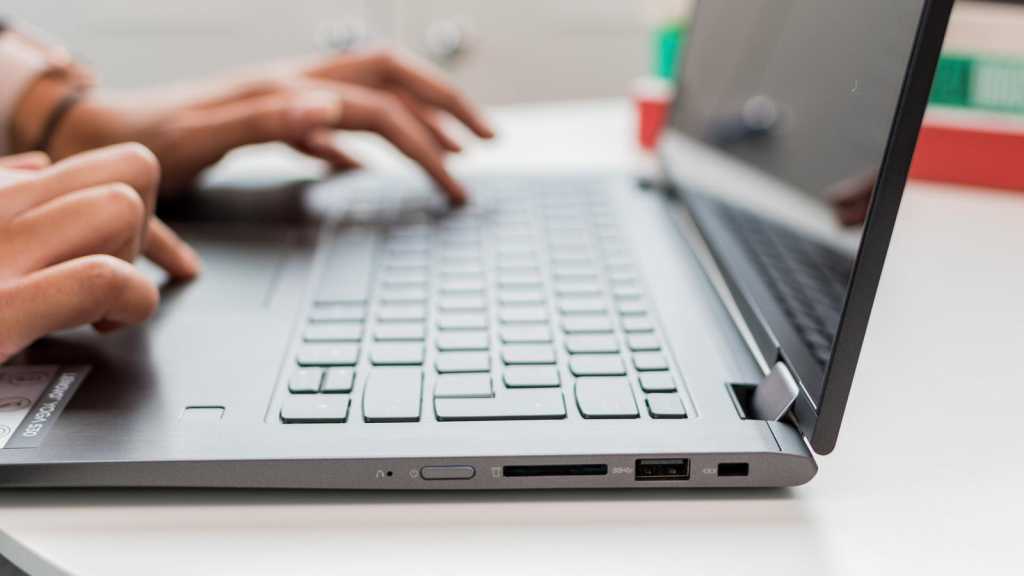 A PC or laptop that won’t turn on can be a traumatic experience, particularly if you rely on it as your primary device.

However, it’s important to take a deep breath and run through what the potential causes might be. If it’s one of the six below, we’ve included information on how to hopefully get it up and running again.

There are various things that can go wrong here. You might have plugged in a power supply from a different laptop. Just because the connector fits, doesn’t mean it’s the right one. Laptops require a specific voltage, and they don’t all use the same. And even if the voltage from the power supply is correct, it may not deliver enough amps to power your laptop and charge its battery.

Check that the power supply is indeed the correct one for your laptop and is outputting the right voltage and amps. Stickers or markings on both the power supply and laptop should confirm this.

If your laptop is relatively modern and charges over USB-C, make sure you’re connecting the charger to the right USB port. Some laptops are particularly picky about having the official charger, especially Huawei MateBooks, so not just any USB-C power supply will do.

If it’s the correct charger, next check the fuse in the plug. Use a screwdriver to remove the fuse and swap it for one that’s known to be good. If you have a spare power cable that will plug into your power supply, this is a much quicker way to test that it isn’t the fuse at fault.

Check over the wire itself, as power supplies can have a hard life, especially if you carry them everywhere. Weak points are at the ends where it joins the black brick and at the plug which connects to the laptop. If you can see the coloured wires inside the black outer protection, it could be time to buy a new power supply unit (PSU).

If you’re having problems with a touchpad, it’s worth checking out our guide to fixing a cursor that’s not moving.

PC power supplies can also be problematic. It’s unlikely you’ll have a spare one that you can swap in to check, so first test the fuse in the plug. There’s also a fuse inside the PSU itself, but it will require you to take it out of your PC (a pain) and then remove the metal case to check if that’s the problem.

One of the most common PC power supply issues is that the PC will turn off unexpectedly rather than fail to start up at all.

If the LED is on – showing that power is reaching the power supply – make sure the power button in your PC case is properly connected and working.

You can short the appropriate motherboard pins together (check which ones in your motherboard manual) to eliminate the power button from the equation. Some motherboards even have a built-in power button. So take the side off your PC’s case and have a look for one.

It’s easy to think a laptop isn’t booting when in fact, the screen backlight has failed.

Older laptops which don’t use LED backlights have inverters, which can stop working.

Replacing an inverter is difficult and it’s crucial you buy the right replacement part. As inverters aren’t exactly cheap, you can’t afford to get it wrong. It’s a job best left for the professionals, but as your laptop is likely to be old, it’s probably time to buy a new one.

If your laptop appears to be booting fine, but there’s no image at all, the LCD panel could be at fault. Replacing a laptop screen is possible, but difficult, and screens can also be costly.

However, before jumping to that conclusion, disconned any external displays (including projectors and monitors) to make sure they’re not stopping your laptop from booting into Windows.

The Windows login screen might even be showing on a second screen that’s turned off, and you might assume the laptop – or Windows – is broken, but it’s simply that you can’t see the login screen.

There isn’t much you can do to fix a broken PC monitor, but it’s easy – or easier – to swap the power cable and HDMI (or DisplayPort) cable, or even the whole monitor to see if that’s the reason you don’t see the Windows login screen.

Assuming everything is ok with the power supply and screen, your computer may be getting stuck before it loads Windows.

A classic culprit here is a USB drive or memory card left inserted into a USB port or card reader. Typically you’ll see an error message such as “Operating system not found” which can lead to unnecessary panic.

For the majority of the time, it means the BIOS is set to try booting from removable storage drives (including cards) before the internal hard drive.

It could also be a disc left in the DVD or Blu-ray drive, so check those too.

If none of the above has worked, you can try booting from a rescue disk or USB drive.

If you have one, the Windows DVD can be used, but otherwise you can download (using another computer – obviously) a rescue disc image and either burn it to a CD or DVD, or extract it to a USB flash drive. You can then boot from this and attempt to fix the problem with Windows.

If a virus is causing the problem, use a rescue disc from an anti-virus provider as this will include scanning tools which can find and remove the malware.

Even if you can’t boot into Windows, you might be able to get into safe mode. Press F8 as your laptop is starting up and you’ll get a menu offering to boot into Safe Mode. Here’s how to enter safe mode. That won’t work in Windows 10 though, as you need to be in Windows before you can get to safe mode. In that case, you’ll need to boot from a rescue disc or drive as described above.

If you can enter safe mode, you might be able to undo any changes that caused your laptop or PC to stop booting. You could try uninstalling any new programs that you recently installed, uninstall a driver that was recently updated, or create a new user account if the account is corrupt.

Here’s a more detailed guide on how to fix a corrupt user profile.

If you see an option to repair your computer, try that.

6. Check for faulty or incompatible hardware

If you’ve just installed some new memory or another piece of hardware, it might be preventing your computer from booting. Remove it (reinstalling the old memory if necessary) and try again.

If your motherboard has a LED readout showing POST codes, search the manual or online to find out what the code shown means.

Often it can be tricky to get a newly built PC to boot. The best tip here is to disconnect everything except the bare minimum needed to boot to the BIOS. All you need is a:

All other hardware is unnecessary: you don’t need a hard drive or any other components for the PC to start.

Common reasons why a newly built PC won’t boot are:

Sometimes the reason a PC won’t boot is because a component has failed and there’s no easy fix. Hard drives are a common issue. If you can hear a regular clicking, or the drive spinning up and the powering down over and over, these are signs that it’s broken.

Occasionally, people have found that removing the drive and putting it in the freezer for a couple of hours (in a freezer bag) does the trick.

However, this is usually a temporary fix and you should have a second drive on hand to quickly back up or copy any files off the drive that you need.

If you can’t get the drive going again, it’s time to start afresh with a new hard drive. In fact, you’re better off buying an SSD. Hopefully you have a recent backup of all your important files!

To set up your PC to turn itself off automatically, here’s how to schedule Windows 10 shutdown.