Google was yesterday launching its Nexus 6, Nexus 9, Nexus Player and Android Lollipop but tonight it was Apple’s turn to announce the iPad Air 2. The iPad’s launch may not have garnered as much hype and enthusiasm as the iPhone 6 and iPhone 6 Plus (and the Apple Watch) but this is still one of the most important tablet launches of the year.

Apple hasn’t really changed the design of the iPad with this new model. It’s hardly surprising, since the Air was the first major redesign following three years of the same basic chassis shared by the iPad 2, 3 and 4. 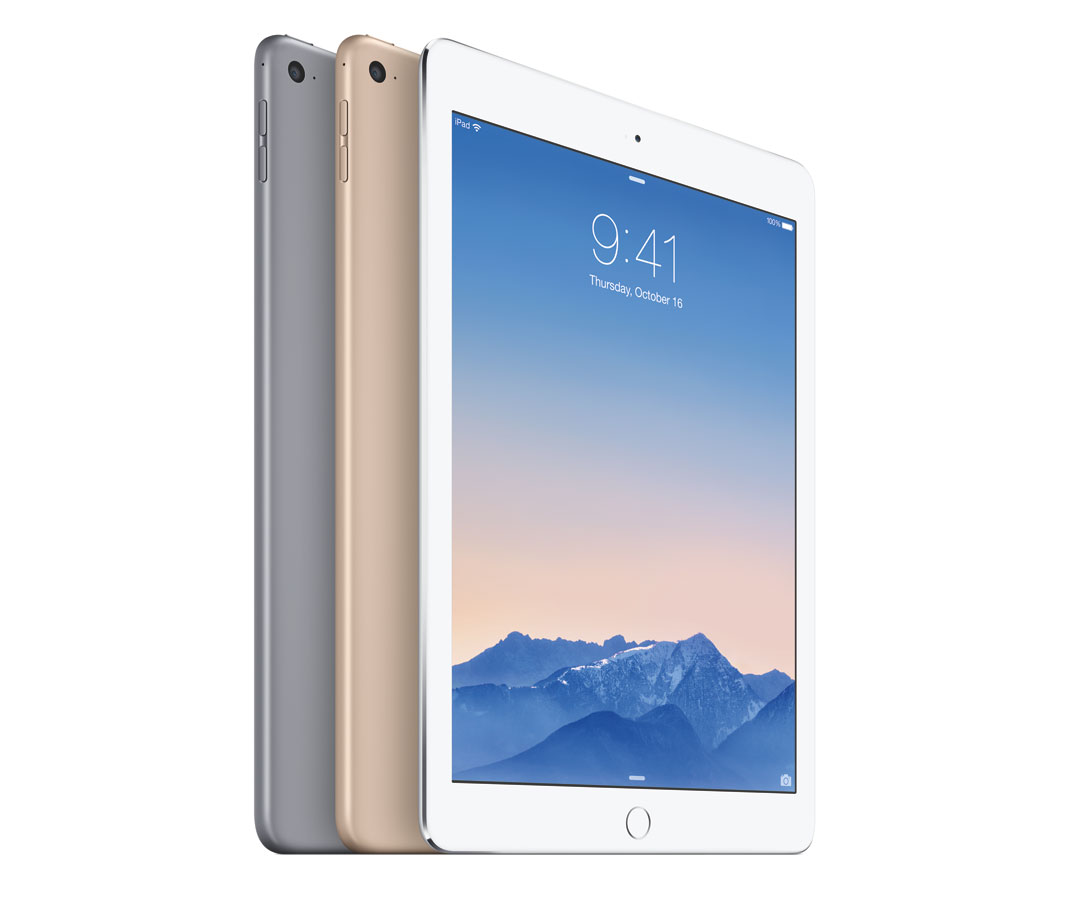 What Apple has done is to  make it even thinner at just 6.1mm. That’s 18 percent thinner than the iPad Air, and makes it the world’s thinnest tablet, less than half the thickess of the original iPad.Making it thinner was achieved by bonding the display components together, and the new display has an anti-reflective coating which is 56 percent less reflective than the iPad Air.

That means that the big differentiator – visually at least – of the Air 2 is its Touch ID fingerprint sensor, a feature widely tipped to be added to this year’s iPads. (There’s also a new gold version, if that’s your thing.)

Other than this, the iPad Air 2 looks almost identical to its predecessor. The change in thickness means that iPad Air-specific accessories may not fit or work with the new model, including cases, keyboards, stands and clamps.

There are unseen upgrades too.

The headline is the new A8X processor and M8 co-processor, giving the iPad Air 2 the speed bump we all expected. It’s 40 percent faster (50 percent in certain apps) and has a GPU that’s 2.5 times faster than the iPad Air’s A7. The M8 processor can use the new barometer for measuring changes in elevation.

There’s also 802.11ac Wi-Fi with MIMO, just as you get in the iPhone 6 and 6 Plus. This won’t be a big benefit until 802.11ac routers become common, but it’s a good excuse to upgrade your home router for faster file transfers. (Just remember that it isn’t going to give you faster internet access, since the bottleneck there is much more likely to be your broadband speed, unless you happen to have the fastest broadband available in the UK of around 150Mb downstream, or BT’s 330Mb business service).

In terms of LTE, there are now 20 supported bands, and up to 150Mb/sec using carrier aggregation.

Storage-wise, the Air 2 follows the iPhone’s lead and drops the 32GB version to leave the line-up very uneven at 16, 64 and 128GB. Once again, there’s a reasonable entry-level price, but the actual product (due to the lack of expandable storage) isn’t really usable – the amount of usable storage out of the box will be less than 16GB of course.

Yet another new feature is an updated 8Mp iSight camera with an f/2.4 aperture. This works in tandem with the A8X processor’s built-in image signal processor. Around the front, the FaceTime HD camera is also marginally improved by using a new lens with an f/2.2 aperture for better low-light photos.

The iPad Air 2 also gets burst photography, (something that isn’t available on the new iPad mini). When you hold your finger on the shutter button in Photo or Square modes, a counter shows how many shots have been taken and the best images are suggested for you to keep.

Surpsingly, Apple has also added slo-mo video, at 120fps (not the 240fps of the iPhone 6) and there are dual microphones for better audio. Of course, you can also take panoramas and time-lapse video (the latter being added in iOS 8).

The iPad Air 2 will ship with iOS 8.1, bringing its own new features including Apple Pay. 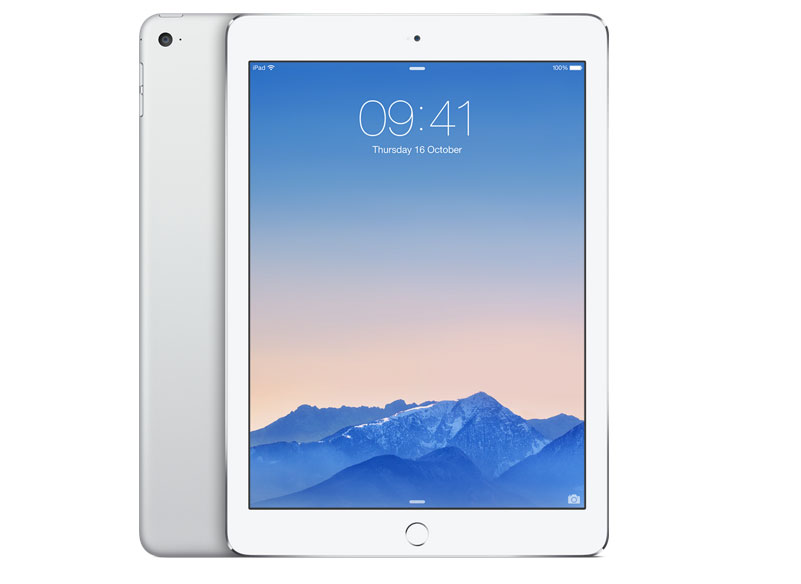 You’ll be able to pre-order an iPad Air 2 from Apple’s website from 17th October. It will go on sale next week. iOS 8.1 will be available on Monday 20th October for other compatible iPads and iPhones.

O2, EE and Three have all confirmed they will stock the iPad Air 2 (and iPad mini 3).

Those who need an internet connection on the move without relying on another device will need the LTE version, which starts at £499 for the 16GB version. If you need 64GB, it’s £579, and the flagship 128GB iPad Air 2 costs £659.

The iPad Air will remain in Apple’s line-up and will benefit from a price drop to just £319 for the 16GB Wi-Fi version, and the 32GB (the biggest capacity now available) is just £359.

For those still reading this far down, here are the release dates of each of the iPads since the first one was unveiled in 2010.