Here’s everything you need to know about Red Dead Redemption 2 including the latest gameplay details, map and the long-awaited announcement of the PC edition. If you’re looking for info on the online component, take a look at the latest Red Dead Online news.

Interested in finding out about other exciting games coming out soon? Check out our list of the  most anticipated games.

What you need to know

While Rockstar initially aimed for an Autumn 2017 release, Red Dead Redemption 2 suffered a handful of pushbacks. Thankfully, the game is now available following a 26 October 2018 release on PS4 and Xbox One.

Then, nearly a year later, Rockstar revealed that Red Dead Redemption 2 is set to come to PC. The company has confirmed that it’ll be released on 5 November 2019, and will be available via Rockstar’s recently released Rockstar Games Launcher alongside the Epic Games Store. It’ll feature the content of the console variant, along with a handful of exclusive weapons, horses and single-player content too. 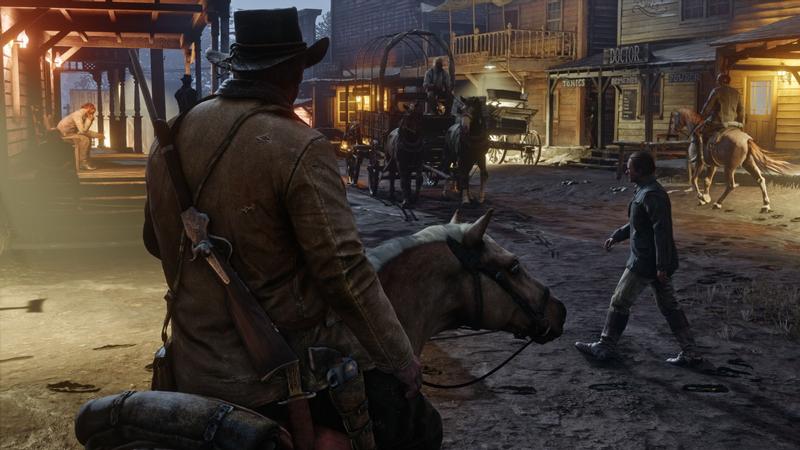 Alongside the cinematic trailer found at the top of this article, there’s a meaty gameplay clip to sink your teeth into.

The gameplay video offers a deep-dive into the open world, giving us a taste at what’s available. It’s several minutes long and includes a lot of gameplay captured on a PS4 Pro, and it looks absolutely incredible.

Check it out for yourself:

More recent is this part 2 gameplay trailer that focuses on the ‘nefarious activities’ you can get involved in while playing as Arthur Morgan. This includes “robbing trains, encountering rival gangs and outlaws, evading cunning lawmen and lots more in a world that is deep, teeming with life and very menacing.”

You’ll also get a look at the new and expanded Dead Eye system.

And finally, just over a week before launch in 2018, Rockstar released a short story trailer showcasing some of the epic moments you’ll encounter during the 60-hour-long campaign.

As seen in the above trailer, Red Dead Redemption 2 is set in a sprawling American landscape and features everything from mountainous regions, to swamps, deserts and forests, with no loading screens to get in your way.

You play as Arthur Morgan, the leader of the Van der Linde gang, on the run from Lawmen across America. A big part of the game is your camp; as you move from location to location, you’ll take on camp-related activities and missions. These range from upkeep (the camp and gang need regular provisions, be it food or cash) to character-specific missions.

You’ll also be able to interact with the residents of the open world in previously-unseen ways. The interactions will change depending on the situation and how you choose to approach; do you charm your way out of the situation, or act aggressive and try to intimidate those around you? You’ll build a reputation based on your actions that’ll change the way that NPCs interact with you – for better, or for worse.

As well as interacting with human NPCs, your horse plays a big part in the game and, thus, needs to be looked after. You’ll be able to build a bond with your horse by grooming them, feeding them and if they’re stressed, calming them. Horses will have different characteristics and will be suited to different tasks, be it traversing mountainous terrain or pulling along carts. 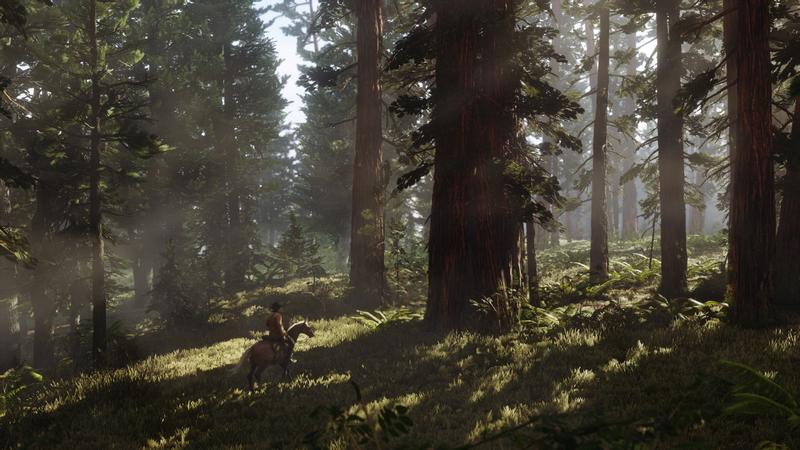 Throughout the open world, you’ll come across locations like Armadillo and Ridgewood, towns populated with NPCs like general store owners, gunsmiths and undertakers. You’ll be able to interact with the NPCs to get access to weapons and missions, and you can even gamble if you’re feeling lucky, punk.

Slums Markets will also be key to accessing new equipment at a reduced price, although the availability of these dodgy merchants will rely on the time of day amongst other factors.

Vehicles in Red Dead Redemption 2 include handcarts and horse-drawn carriages alongside your trusted steed, and come in a variety of different forms.

GTA V didn’t launch with first-person support, but it came later on. Thankfully, Rockstar has learnt from this mistake and includes first-person support with Red Dead Redemption 2. It’s noted that like GTA V, the game features bespoke animations to fit the style. 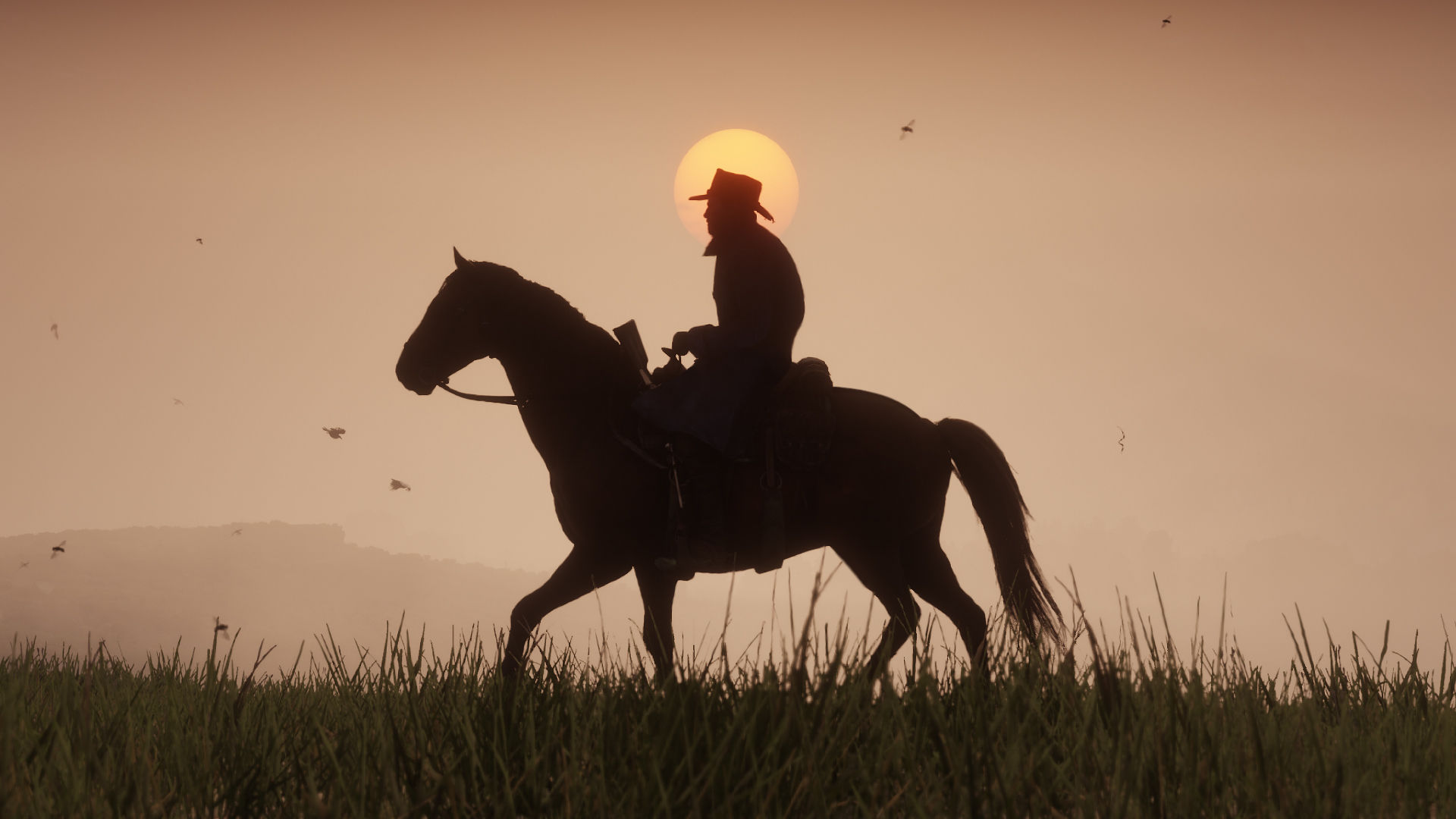 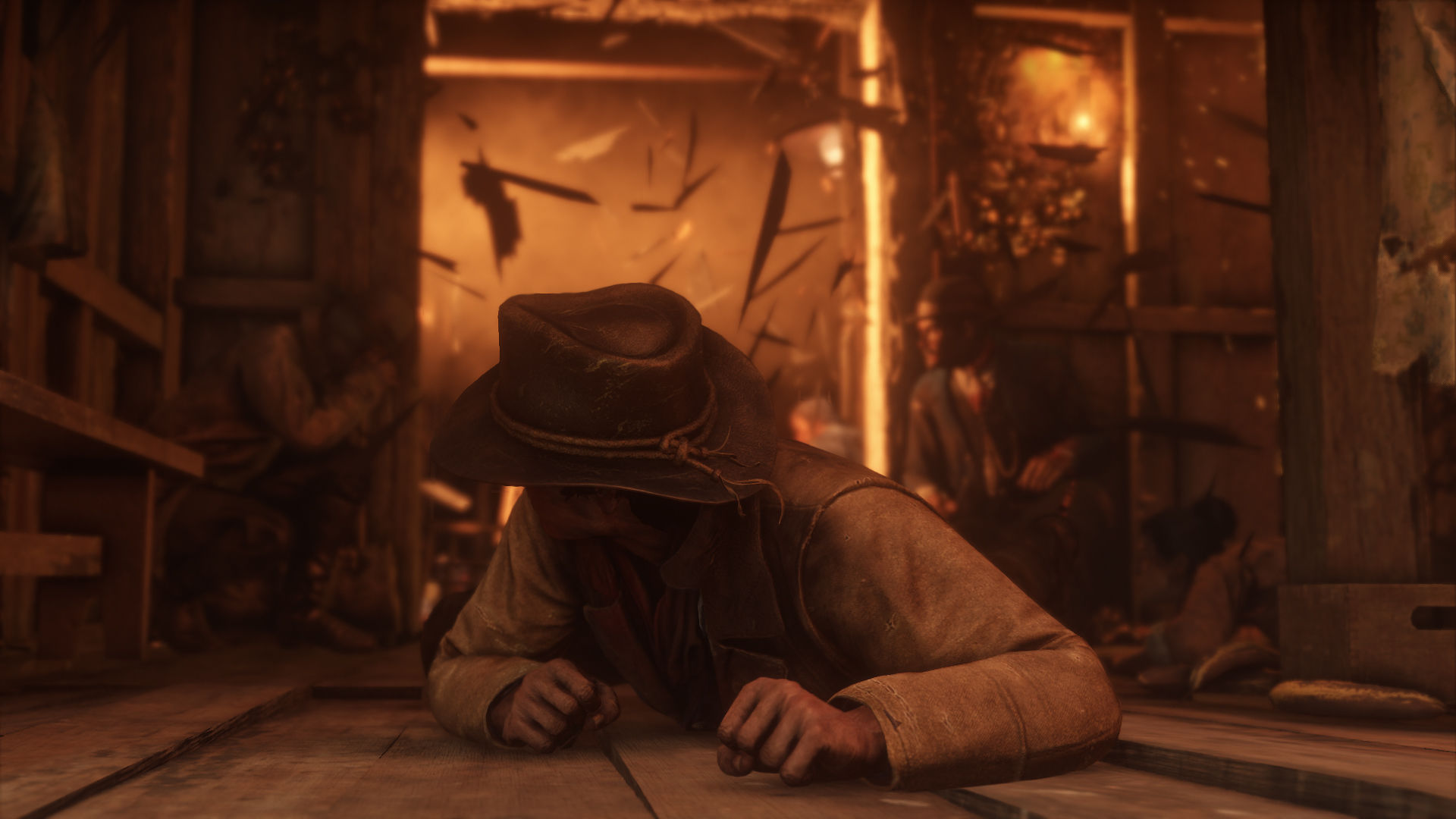 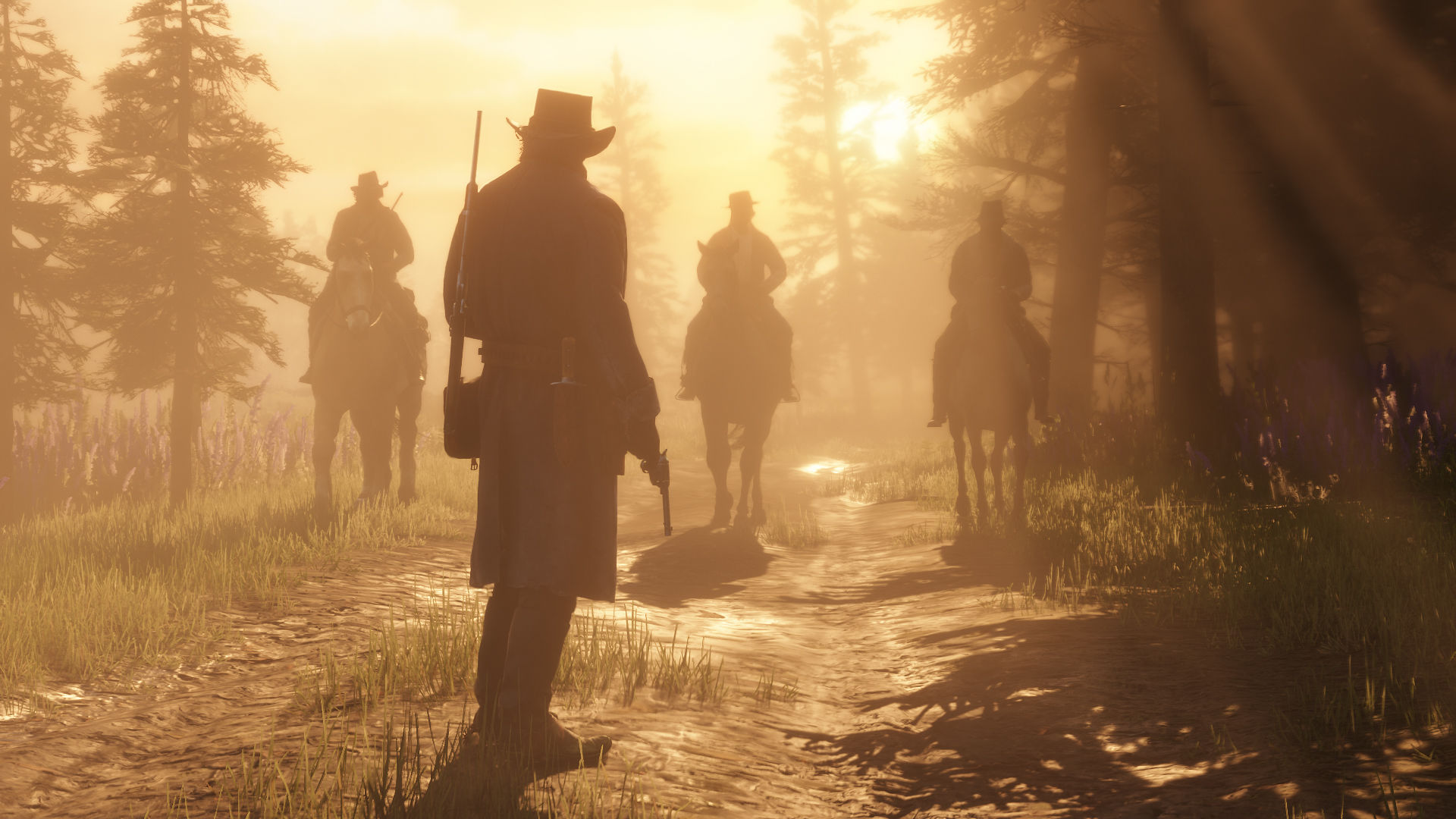 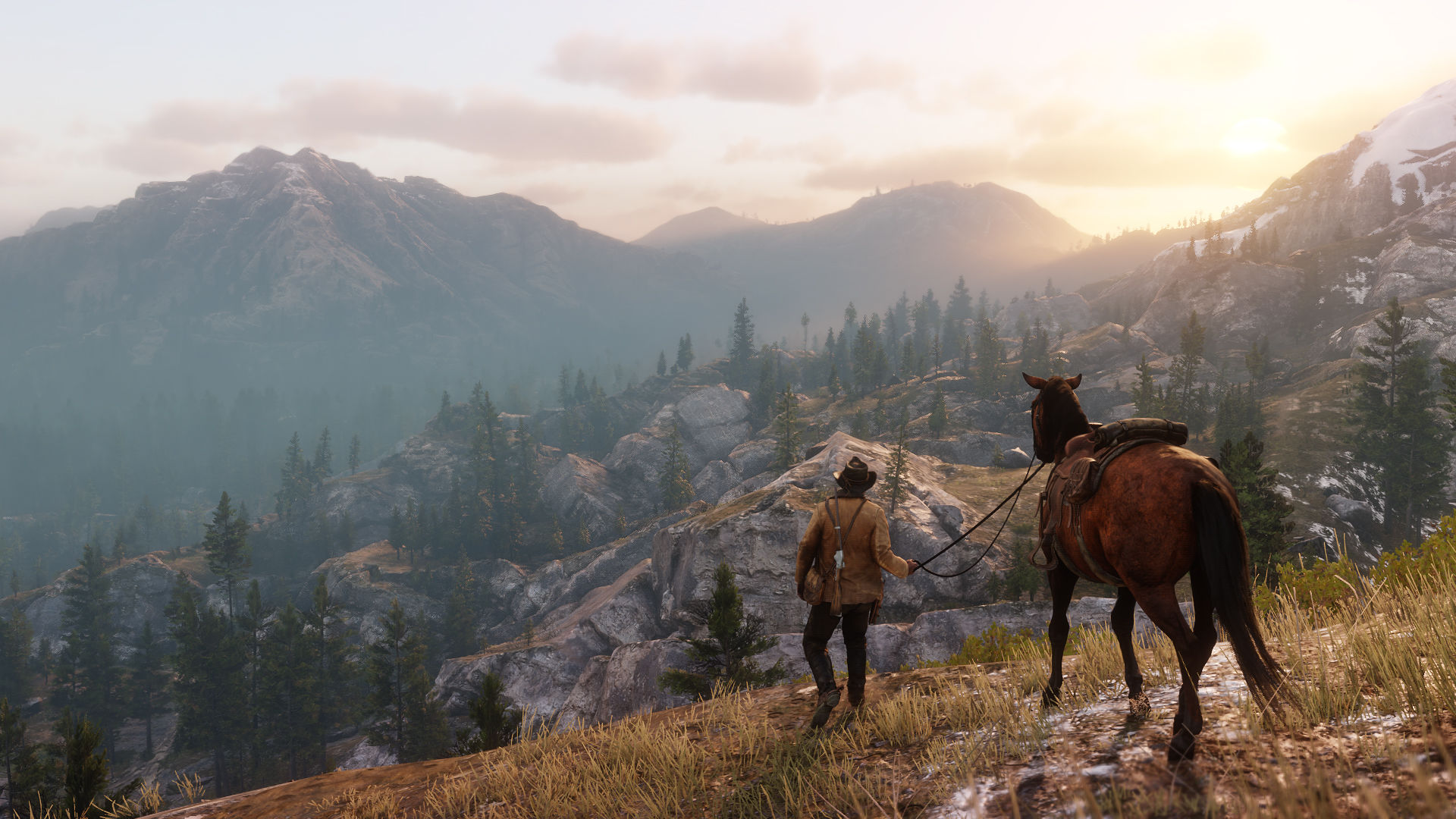 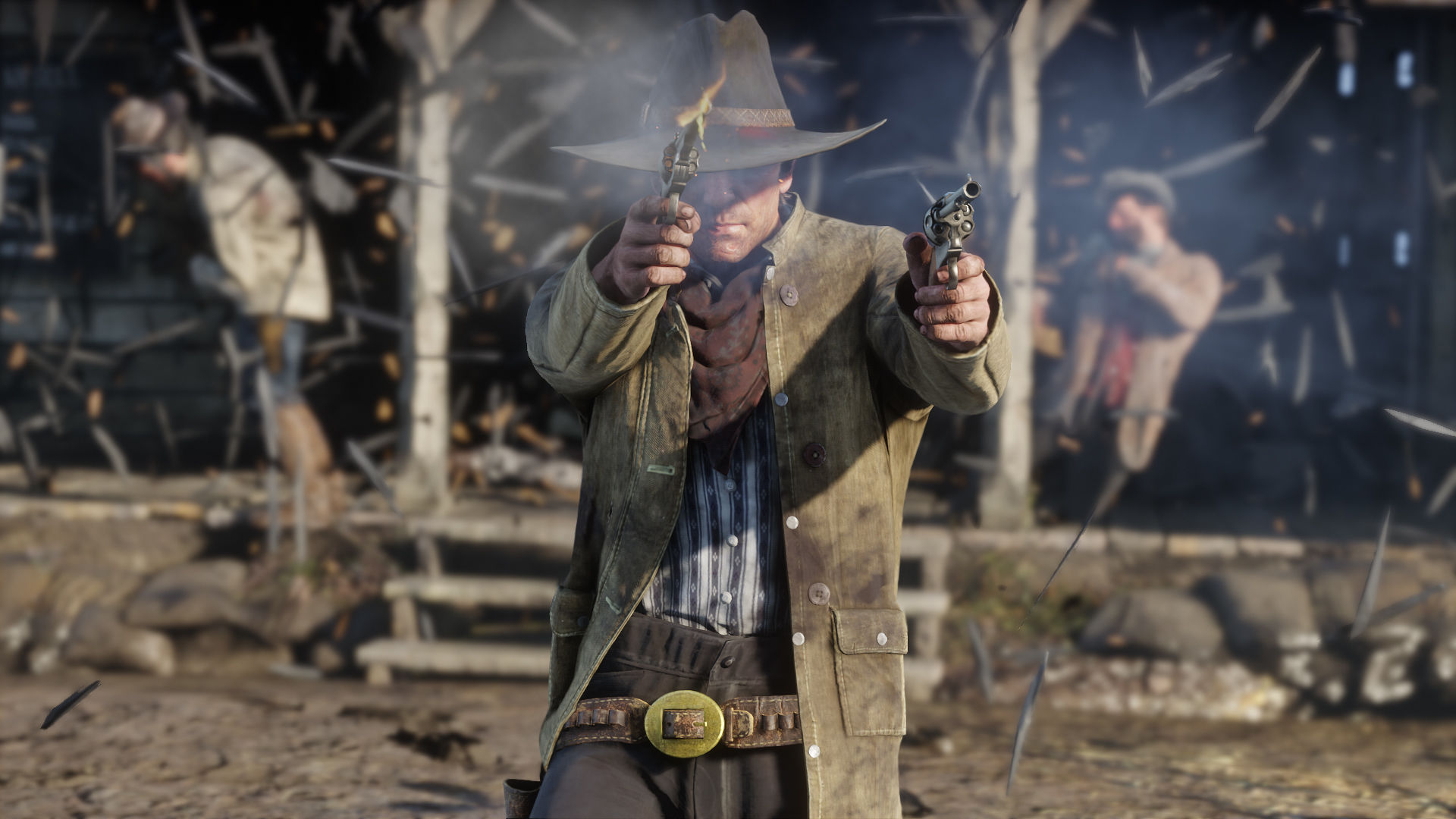 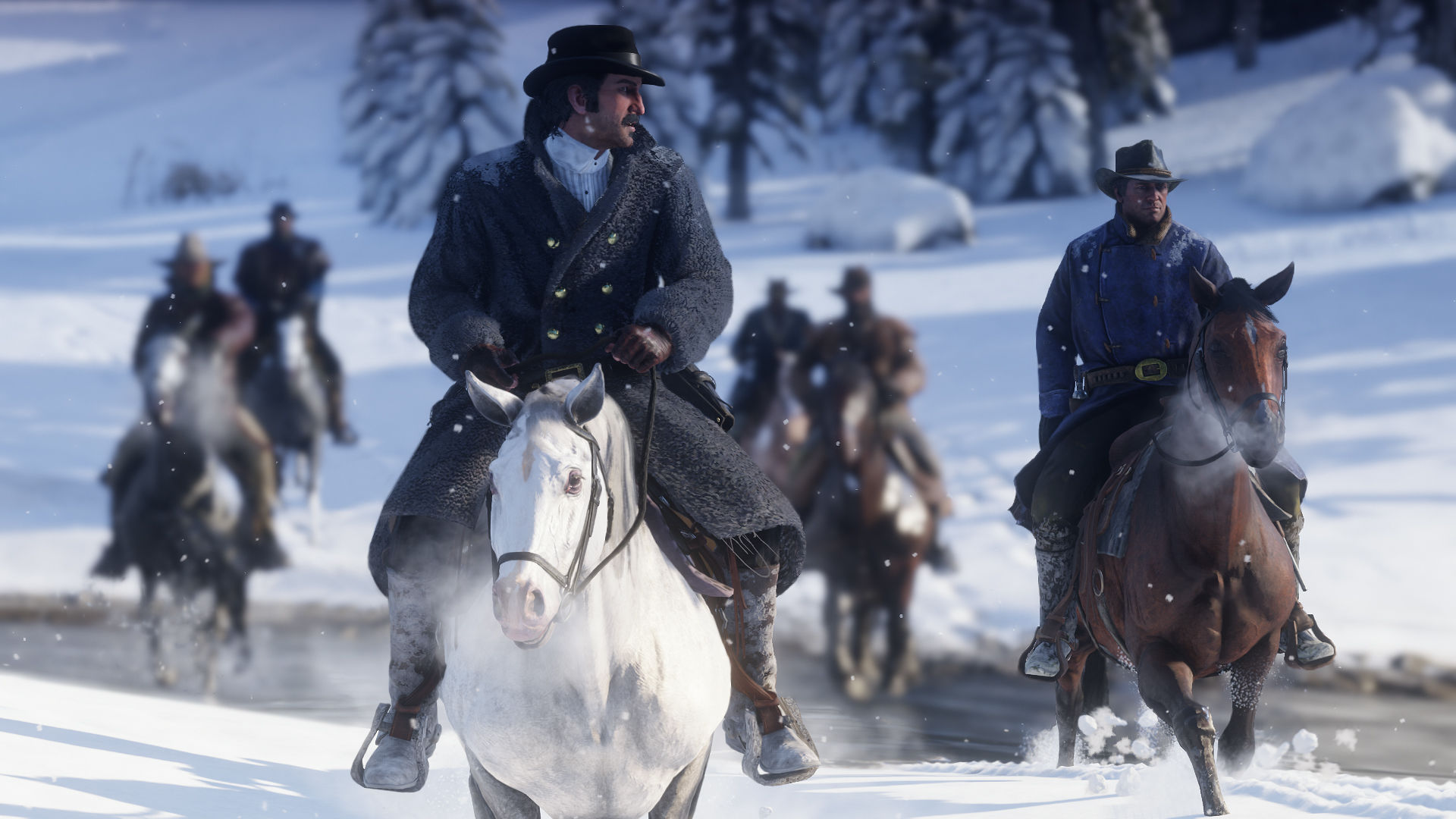