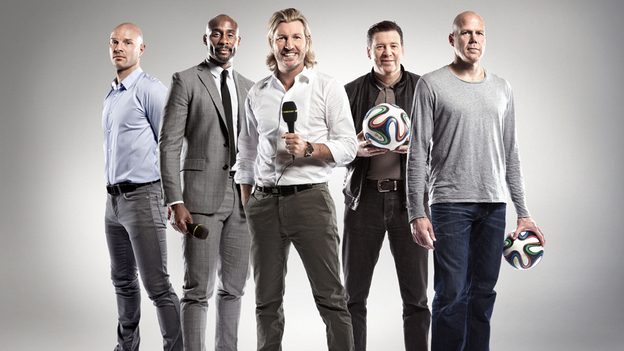 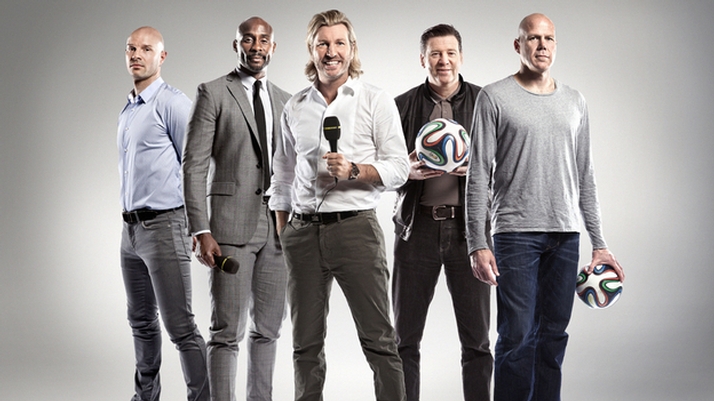 The FIFA World Cup is in full swing. For the following month we’ll all be football fans, following the fortunes of countries local and far-flung, good, bad and indifferent at kicking a bladder around a field. To embrace fully one of the world’s fully global events requires an element of planning.

From a UK perspective games kick off at various times from 5pm through to 11pm. It’s likely that you may be at work, in bed or – in extreme cases – both, when South Korea and Algeria face off. And no-one wants to miss that one.

Fear not, dear reader. Elsewhere on PC Advisor we will advise you how to watch the World Cup online (To get the full viewing experience, read How to watch the World Cup online and Best World Cup 2014 TV deals). But on this page we have all the details you need on how to listen live to World Cup commentaries via laptop or PC, or on your smartphone or tablet. This way you can pop in your headphones and listen along to the greatest game, whether you are working or sleeping. (Not you though Doctor, you need to concentrate.)

You will of course need a web connection, either Wi-Fi or cellular. Just be aware that listening to live radio over a cellular connection will quickly blast through your data allowance.

How to listen live to FIFA World Cup 2014

For UK listeners there are two major radio broadcasters promising to cover every match live: the BBC and TalkSport.

The BBC’s Five Live has gone World Cup crazy, offering 24 days of live football coverage. (And if that isn’t enough you have the opportunity to listen to, er, Tony Pulis, Neil Lennon and Brad Friedel. 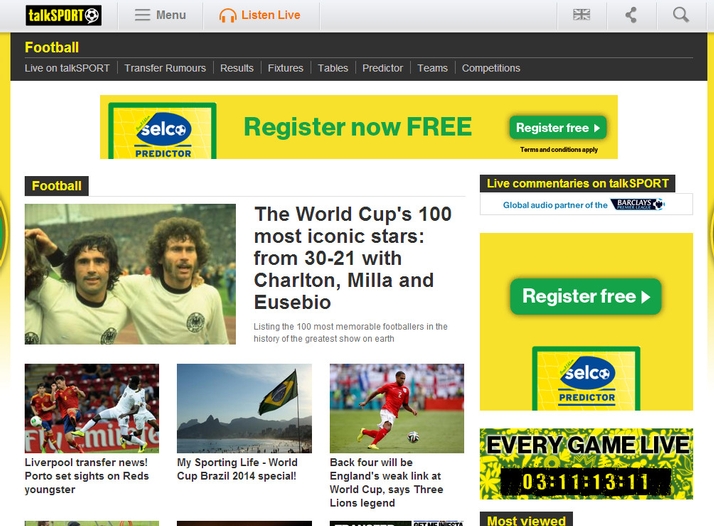 Maybe forget that last bit. The important information is that you will be able to listen live to just about all World Cup matches at bbc.co.uk/5live or via the iPlayer Radio app. Once there you’ll also find a raft of extras in the form of podcasts and downloads adding flavour and – help us – the 606 call in show.

TalkSport will offer a similar service during the World Cup, covering live every single game from Brazil with its regular roster of broadcasters who used to work for other broadcasters. When two matches are played simultaneously commentary will be carried from both via the TalkSport website.

If you like your sports coverage replete with live odds and footballers more attuned to the drivers of white vans, you can listen live to TalkSport via talksport.com, or the TalkSport app. (Although interestingly TalkSport tells us there will be no live odds during its World Coverage, and that my tongue-in-cheek quip about white van drivers is ‘not really representative of our audience, the majority of which are ABC1 demographic’. I must have been listening to a different station.)