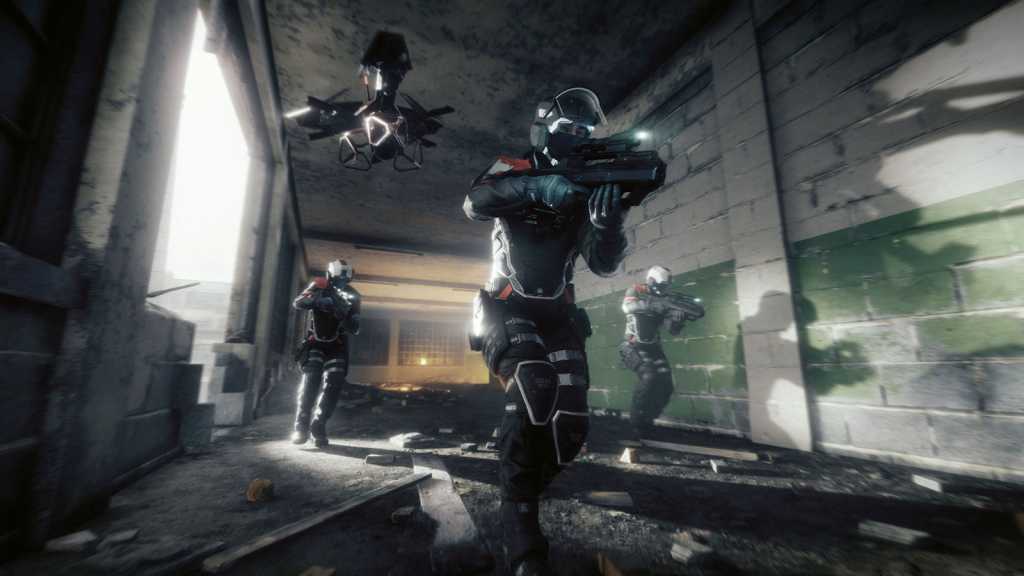 We round up the rumours on Homefront The Revolution UK release date and more, including screenshots, trailers and gameplay details. See also: the most anticipated games of 2015 & 2016

Homefront The Revolution UK release date: When is Homefront 2 coming out?

Initially thought to be available sometime in spring 2016, it has been announced that Homefront The Revolution will be released on 17 May in the US, and 20 May in the UK.

Homefront The Revolution will be available on PC, Mac, Linux, PlayStation 4 and Xbox One. See also: PS4 vs Xbox One comparison review

Homefront is available tomorrow in the UK, which means you can pre-order (and pre-download) a digital edition now and be playing it at 00:01. The console versions are sold bundled with The Revolutionary Spirit Pack and Liberty Pack for £54.99 – pre-order now from the Xbox Store or PlayStation Store. For PC you can get a digital version from Steam for £39.99.

If you’re going to be sleeping at midnight, a boxed version of the game will save you some money. The cheapest we’ve found the console editions is £41.85 at ShopTo, though they are also available from Amazon UK (£41.99) and GAME (£46.99).

I’ll be honest: I’d sort of forgotten that THQ ever contracted Crytek for a Homefront sequel. I’d definitely forgotten that Crytek then purchased those rights when THQ went bankrupt just so they could finish creating said sequel.

It exists. Crytek is making Homefront 2–titled Homefront The Revolution–a reality. They’re really making a sequel to a game best remembered (and not in a good way) for its infamous “Press X to hide in a mass grave” sequence.

Even more of a surprise? Homefront 2 actually looks pretty interesting.

The United States is lost. We’re four years into the North Korean occupation of American soil. They’ve set up their base of operations in Philadelphia, squatting on the birthplace of independence.

You’ll take on the role of Ethan Brady, described to us as an “average guy.” The words “not militarily trained” were also thrown around. You’re a resistance fighter–a guerrilla supplementing a rudimentary knowledge of firearms with your ability to blend into a crowd, hide in plain sight, and cause chaos.

Chaos like “attaching a bomb to an RC car, driving it towards a prison, and blowing the doors off.” Then shooting a dozen North Korean guards with a military-grade assault rifle Brady had hidden in his coat. Then sprinting off towards a safe house, murdering anyone in pursuit.

Yes, like every other time we’ve heard the words “average guy” thrown about in regards to a video game character (I’m looking at you Nathan Drake), Ethan Brady sets a pretty high bar for average.

That being said, there are some legitimately interesting concepts explored here. In a decidedly low-tech solution to the same problem as Watch Dogs, for instance, Brady can use bricks to disable security cameras.

Homefront 2 also looks like it’ll push the same boundaries of good taste as its predecessor. Whether that’s a good thing or not…well, I’ll leave the jury out until I see more of the game. One thing you cannot accuse Homefront of doing is glorifying war in any way.

When you blow the doors off that prison, North Korean troops immediately open fire on the crowd of civilians you’re hidden in. No hesitation. Of course, you can’t have innocent civilians getting hurt, so you fire back, and maybe unleash a few Molotov cocktails on the Koreans.

Oh no, what have you done? Homefront 2’s treatment of Molotovs is perhaps the most chilling I’ve seen in any game. I felt uncomfortable listening to the screams of the North Korean soldiers, even if they were the “enemy.”

Did I mention Homefront 2 is supposedly an open-world game? We only saw a small slice of the action in our demo, but Crytek has beautifully realized a Philadelphia under occupation. A few plywood signs announcing “Baseball @ 4pm” or designating a space as a communal garden are intriguing touches I wish we’d seen more of–how does this open world work when you’re not blowing stuff to bits? Do people go about their lives?

There are a few baffling facets I hope are explained better upon release. You use your cell phone a lot: for tagging enemies, looking at a map, directing your RC car around, et cetera. I’m no dictator, but if I were, I think disabling civilian access to cell phones would be my first order of business. You’re telling me our society has reached a point where all electricity is run off generators, cars are uniformly destroyed hunks of metal on the side of the road, buildings are crumbling, and people are tending to food in communal gardens, but our cell phones still work?

For that matter, where the heck is this limitless supply of RC cars coming from? Did the bombs hit all the buildings in town except the Toys ‘R’ Us? It’s a Christmas miracle!

Despite these nitpicks (and some early-in-development frame rate issues), I’m excited. It feels weird to be excited about a sequel to Homefront, but I am. There are some decidedly game-y aspects, such as scoring “Uprising points” for disabling cameras, but all in all it seems like Crytek is exploring some interesting concepts in Homefront 2. After years and years of rah-rah-shoot-em-all military shooters, I’m curious about any game that promises to upend that formula. 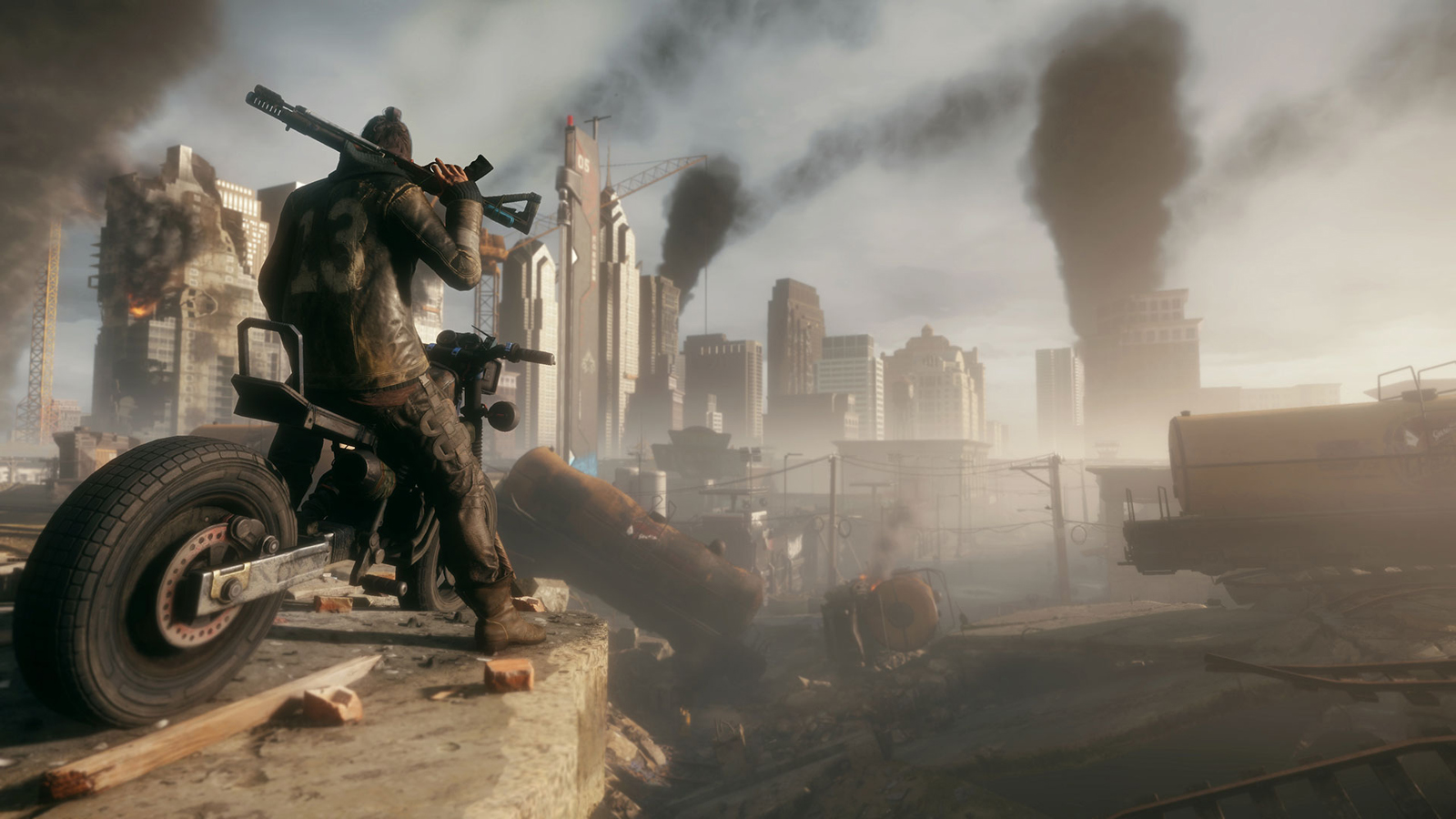 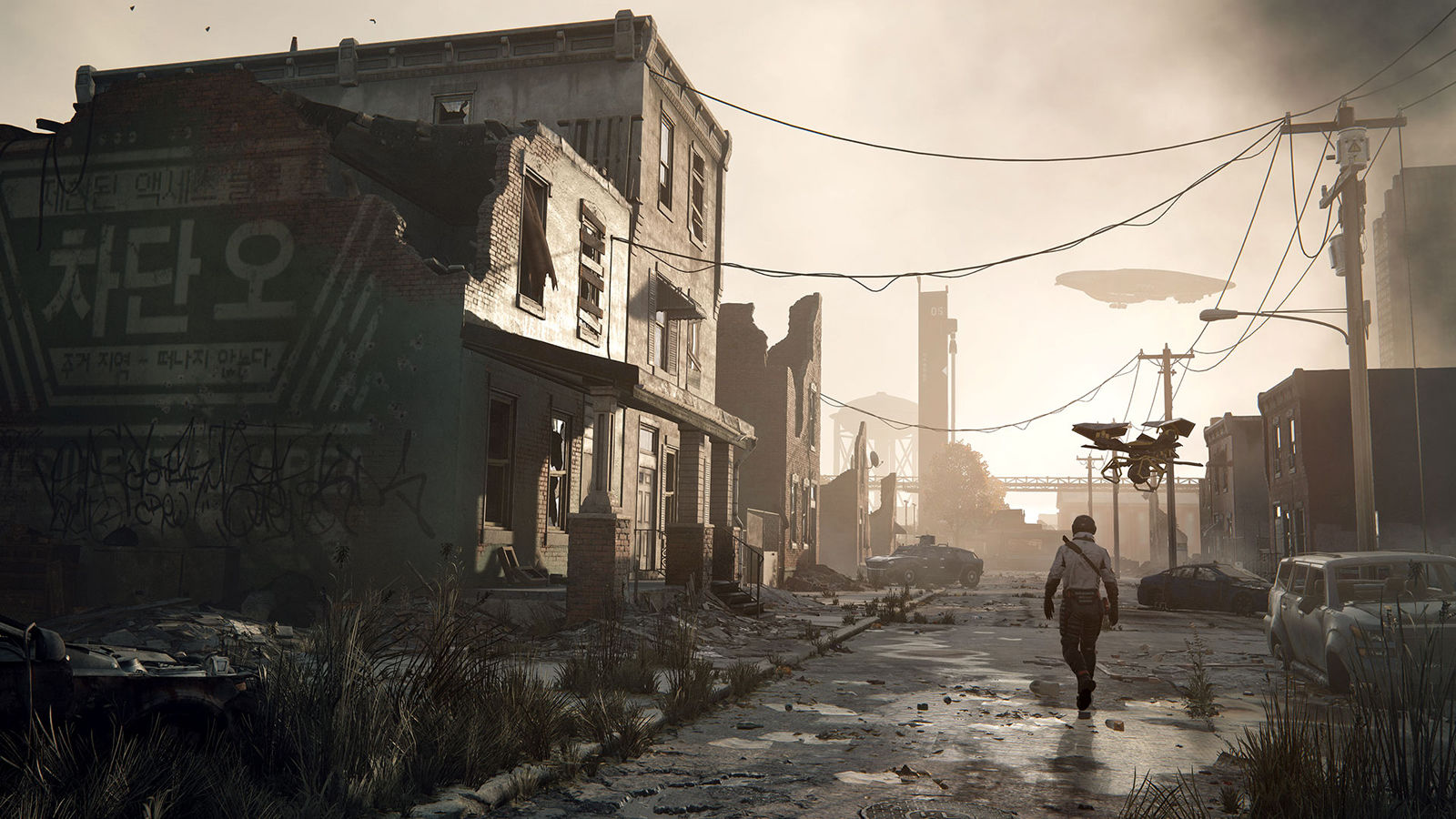 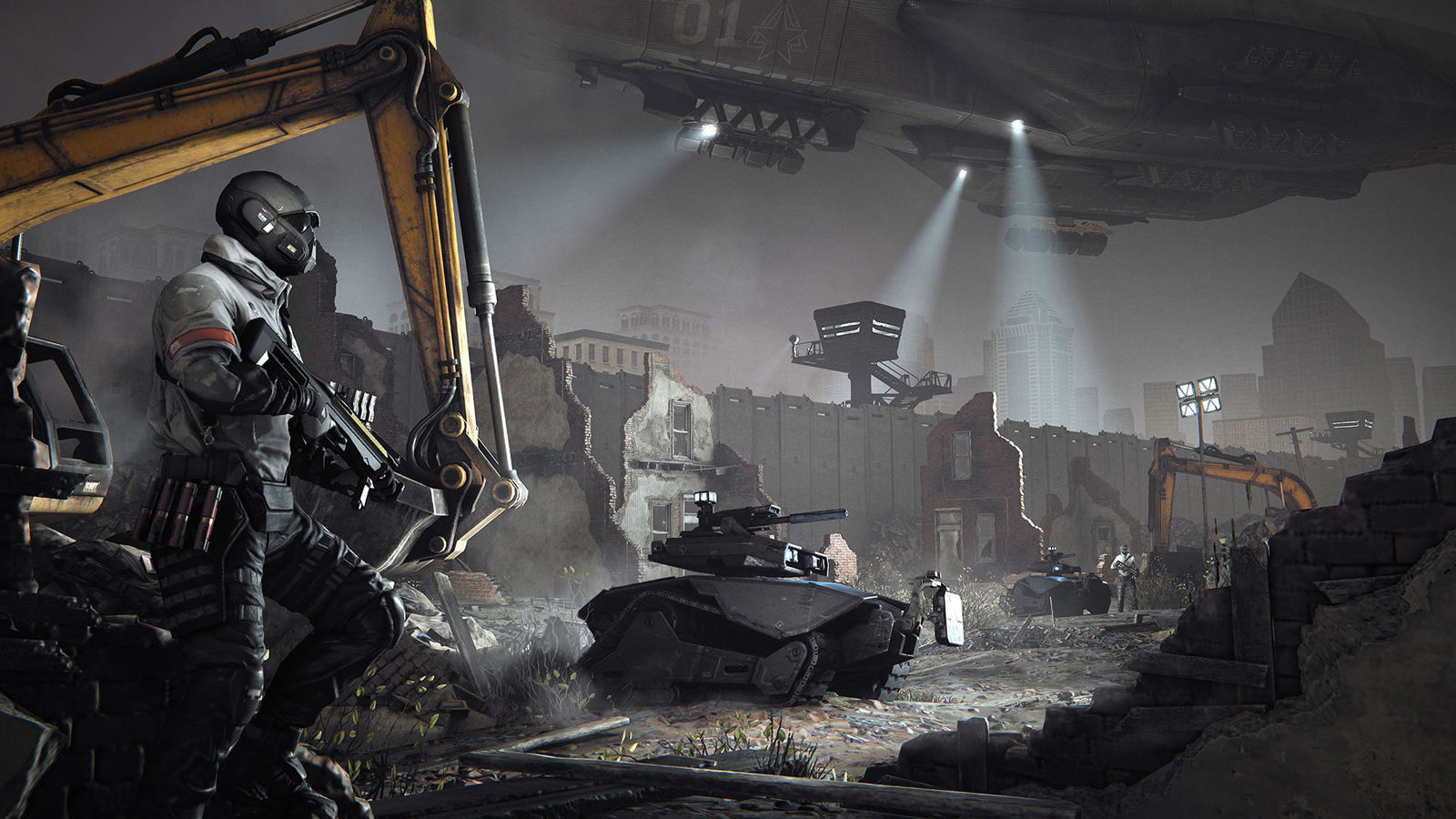 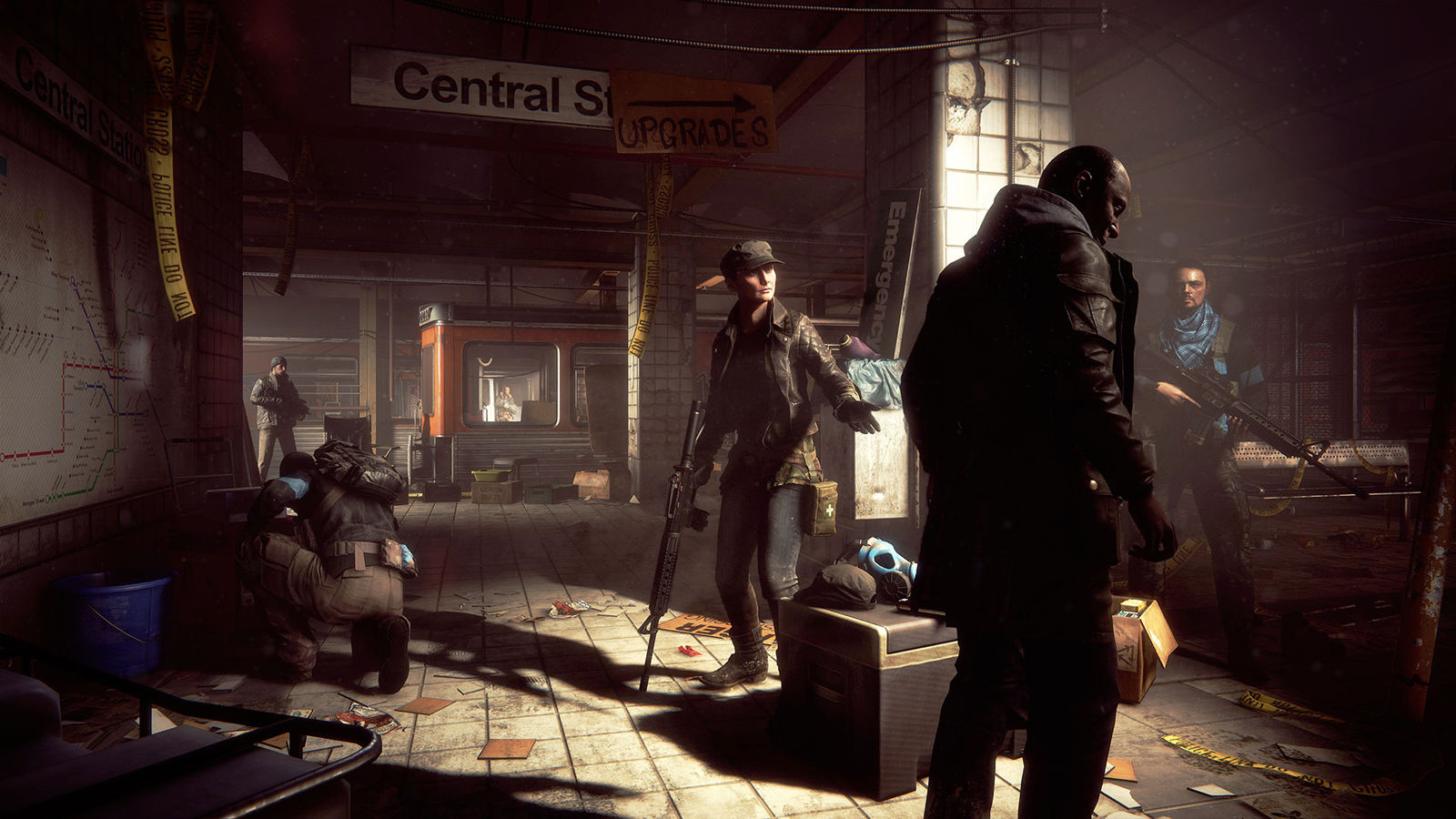 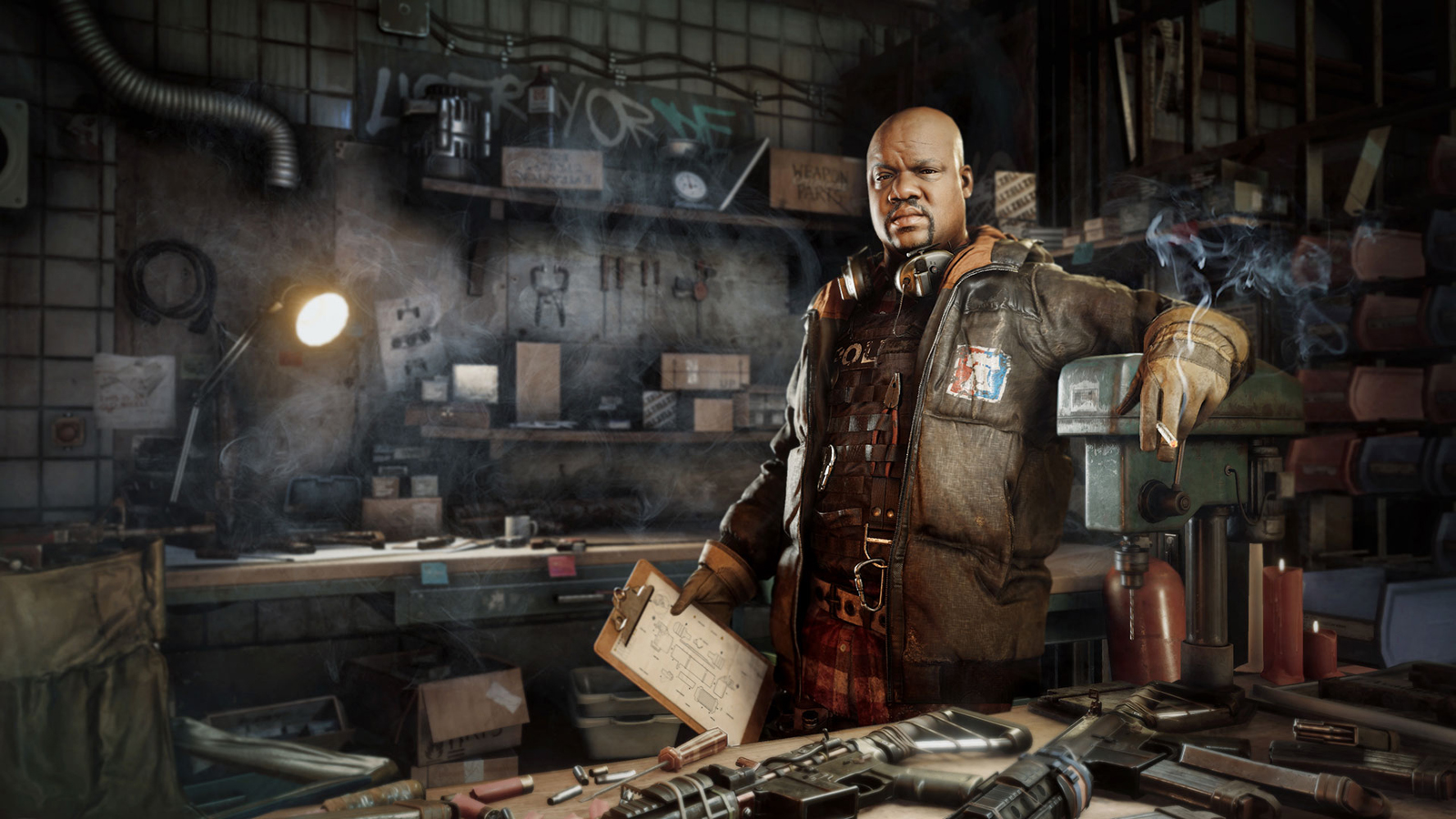 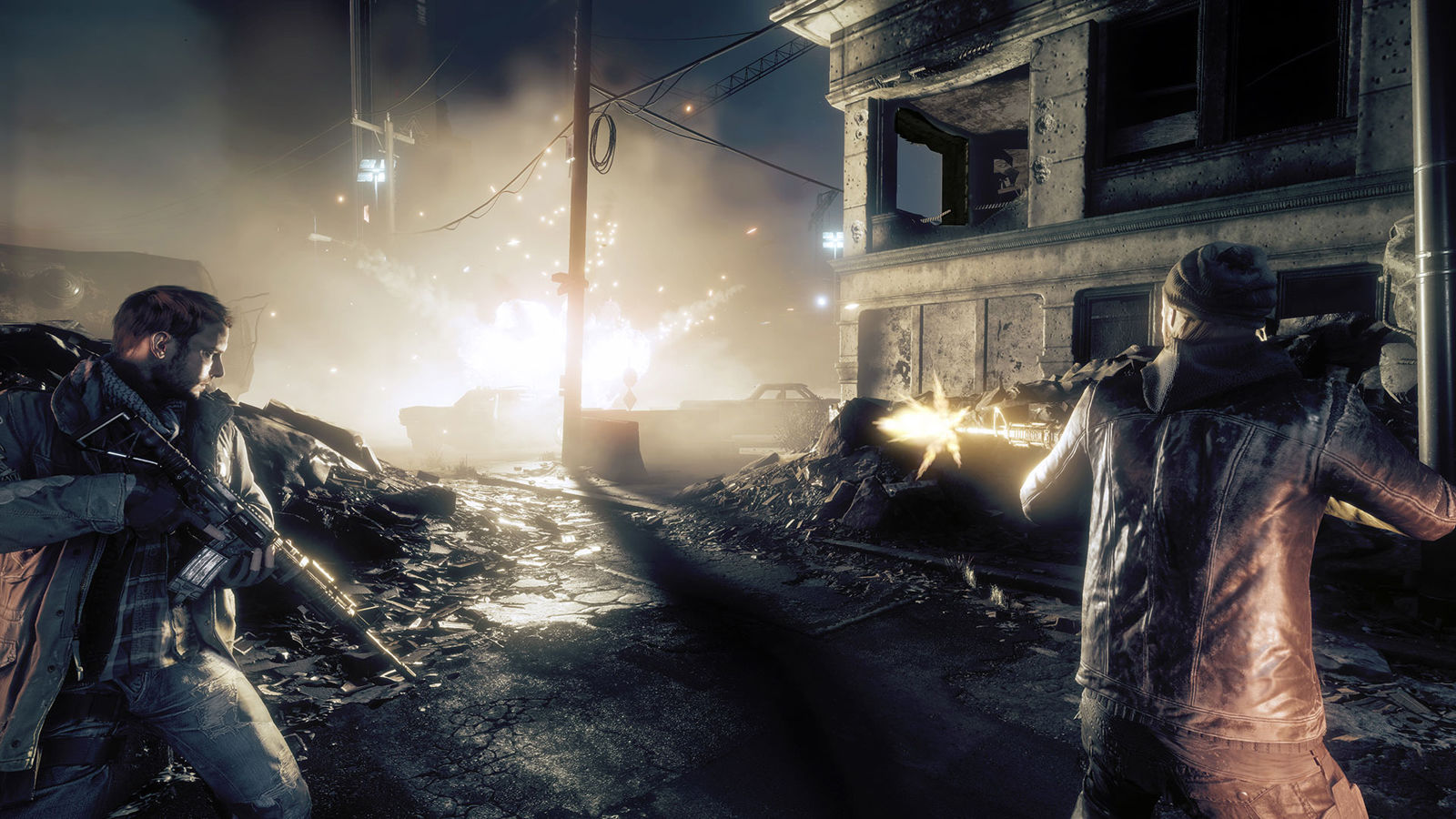 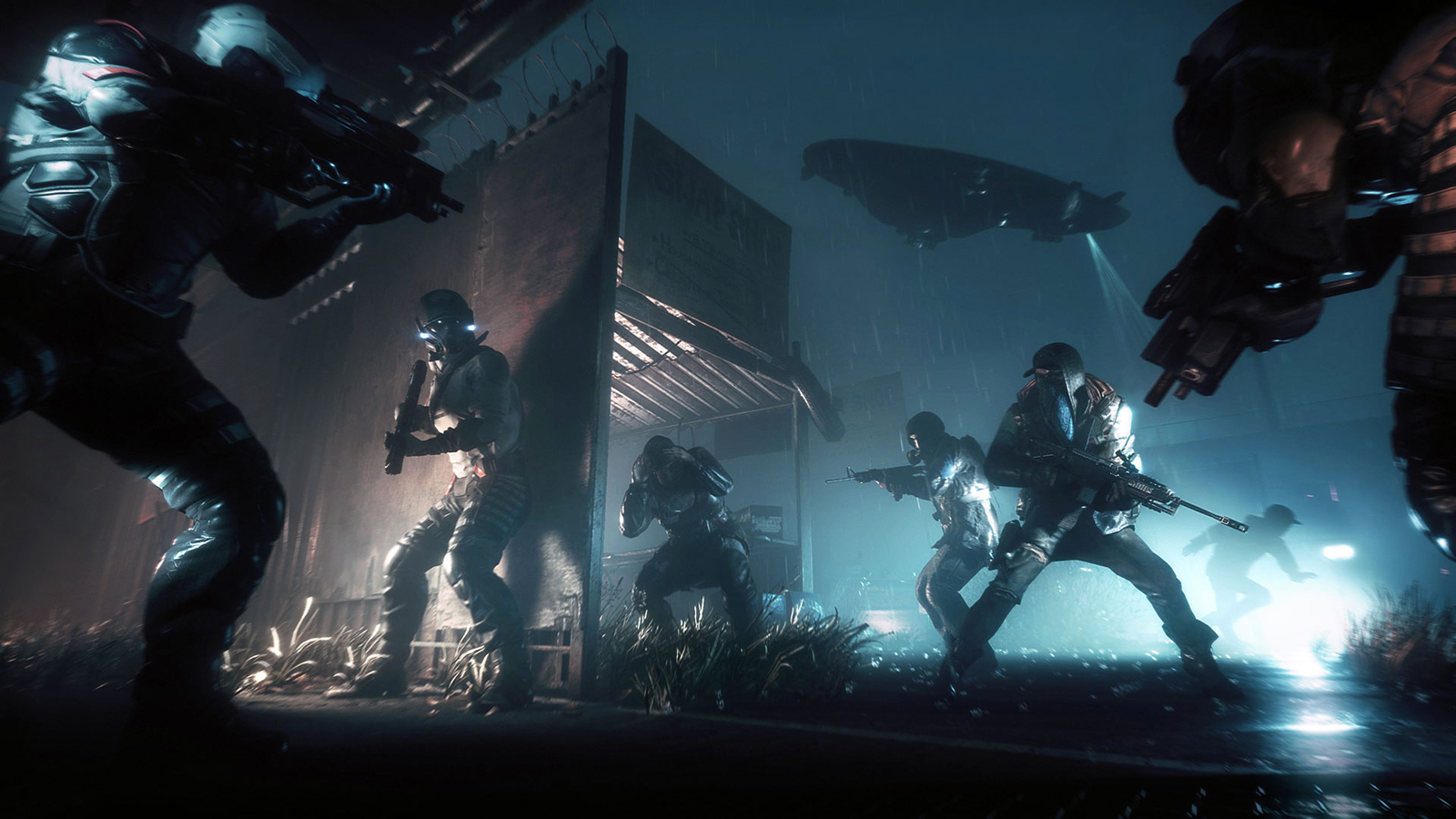 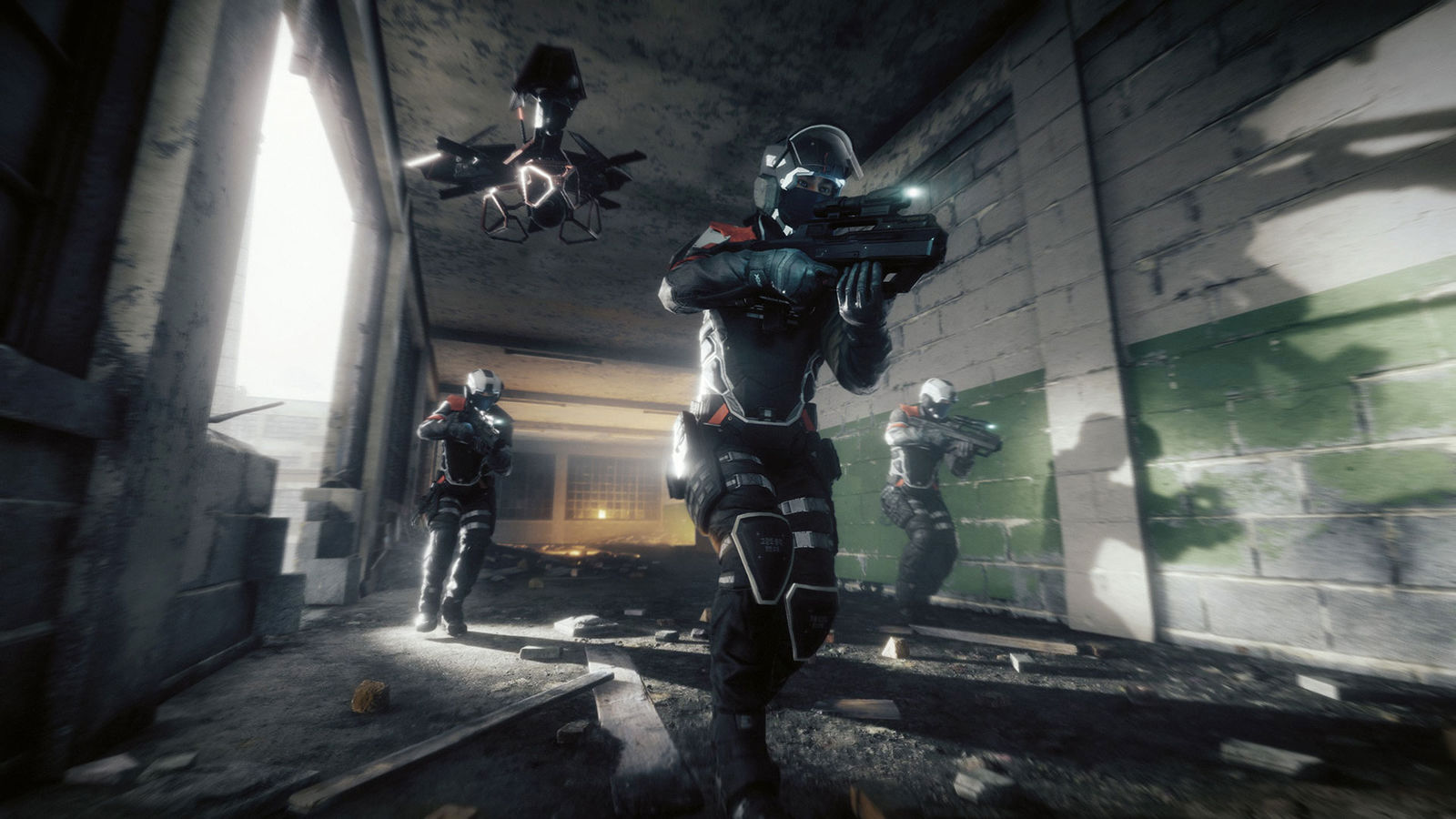 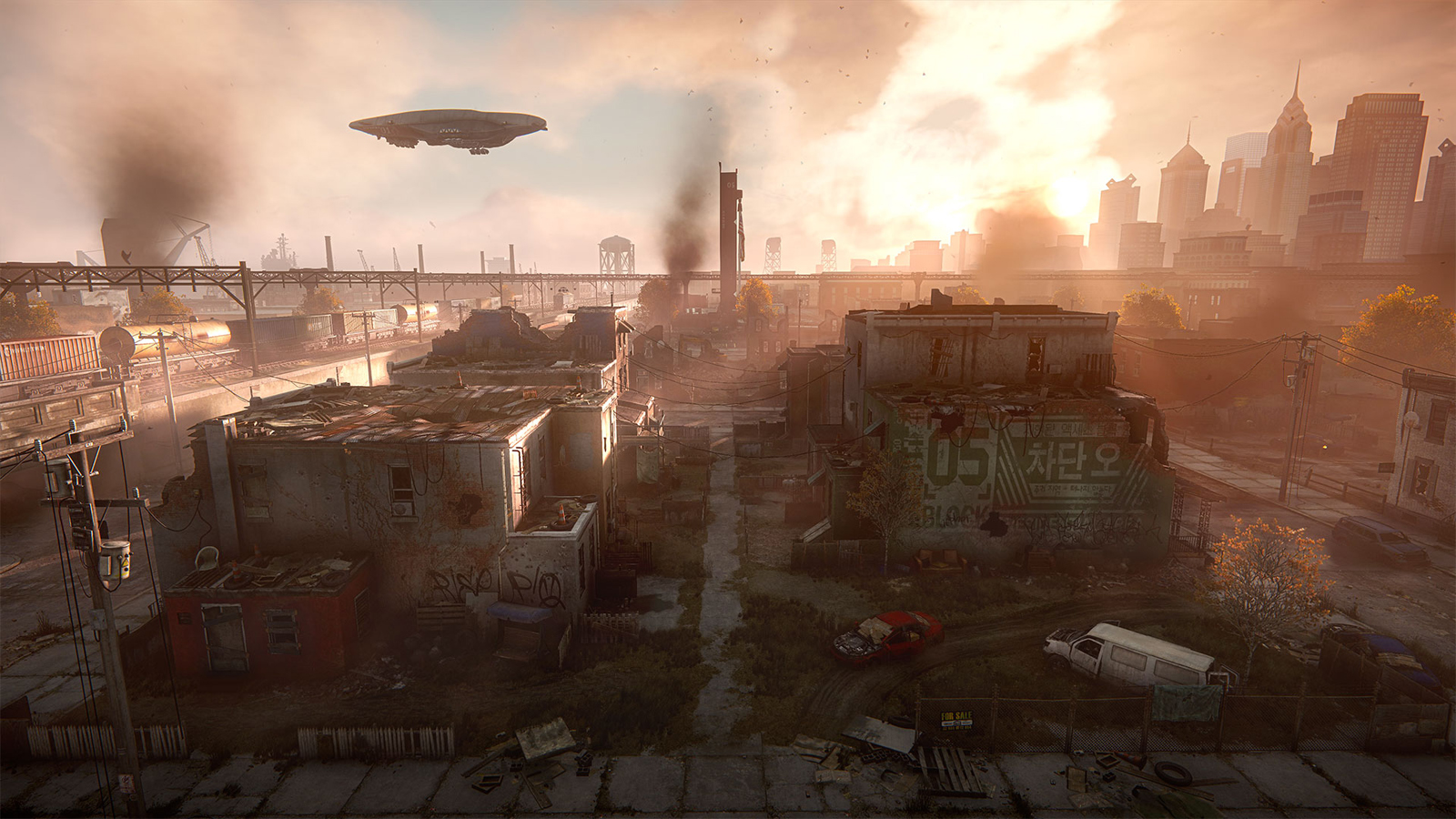 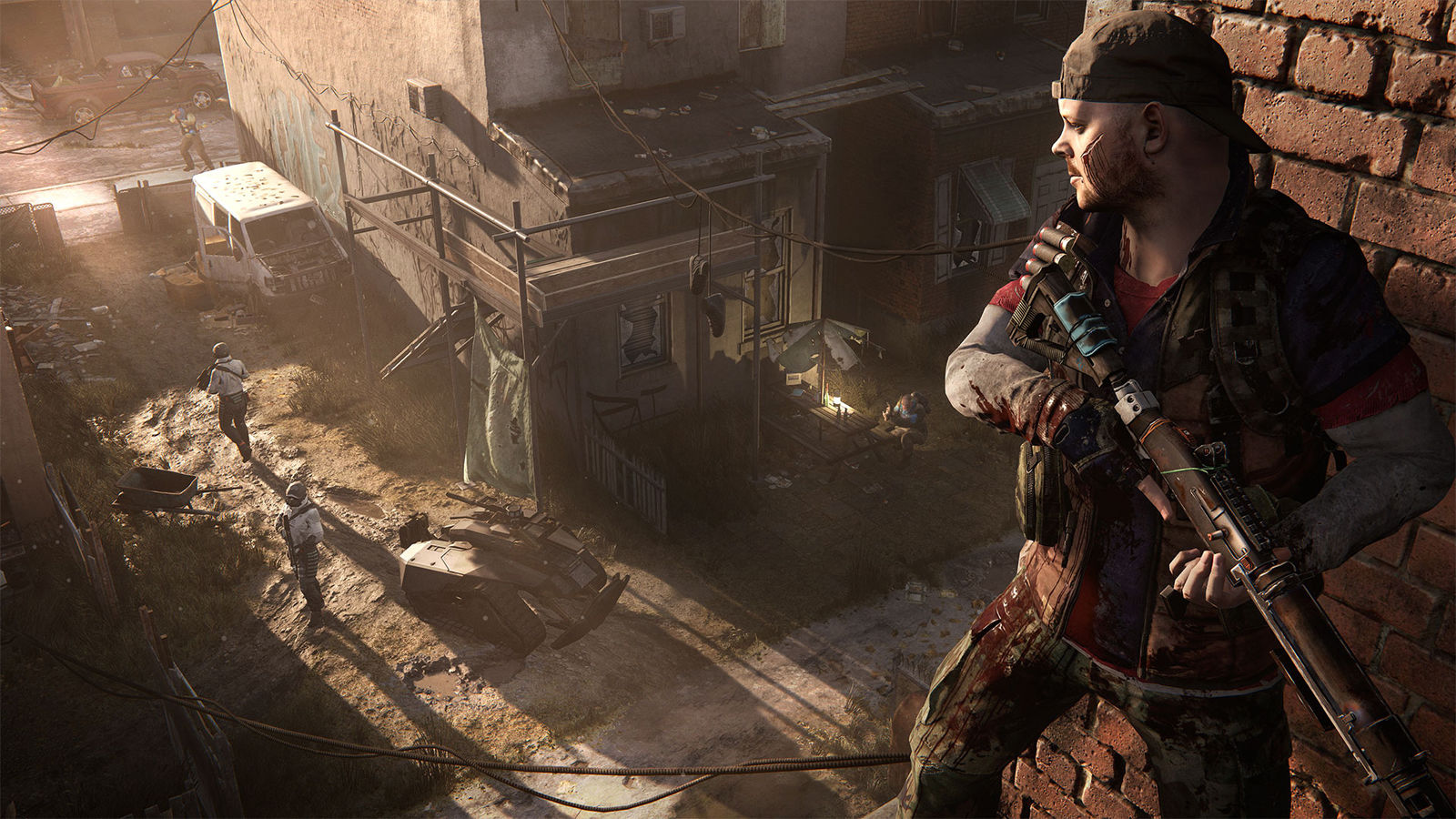 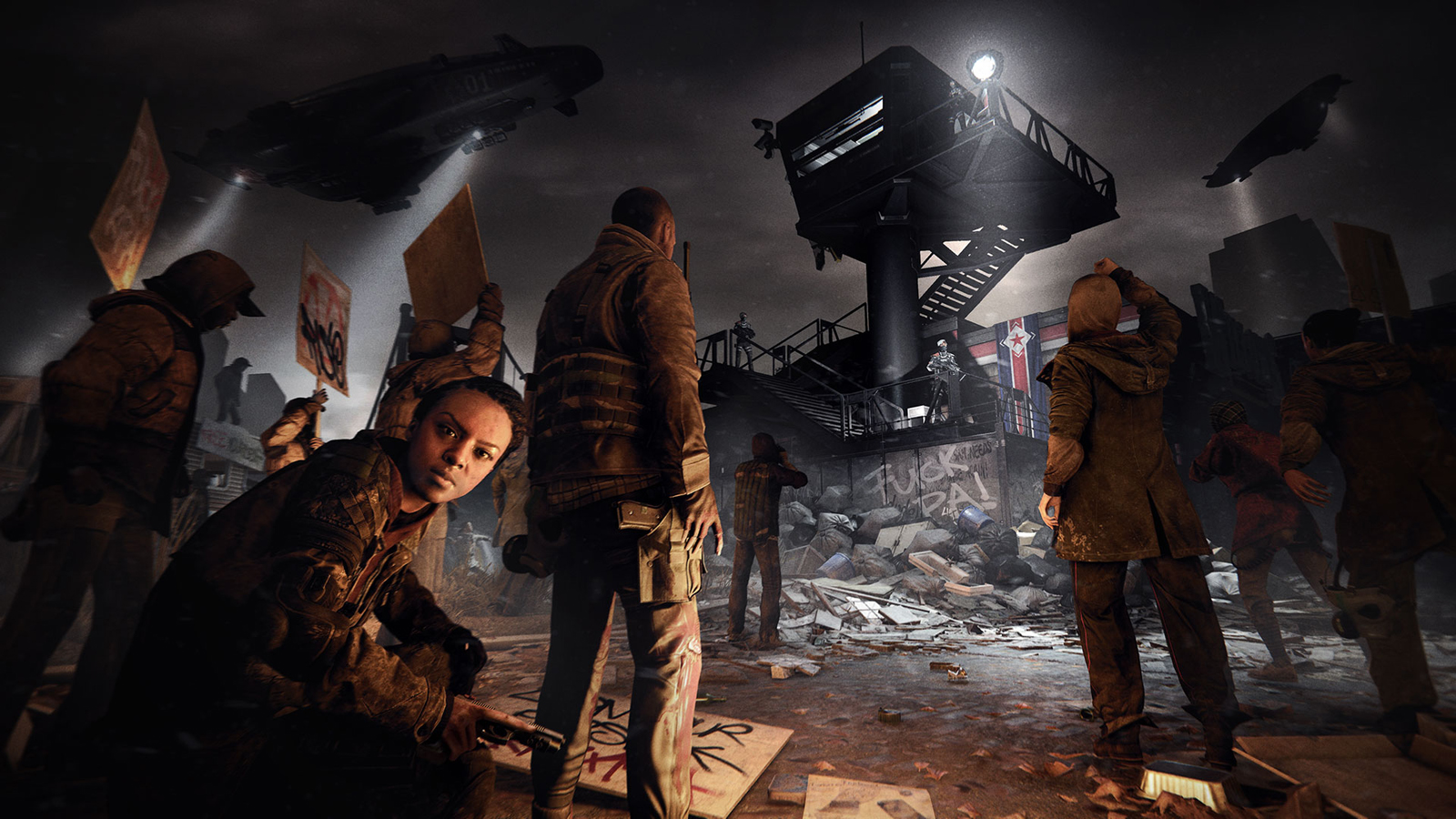 Read next: How to improve fps in PC games