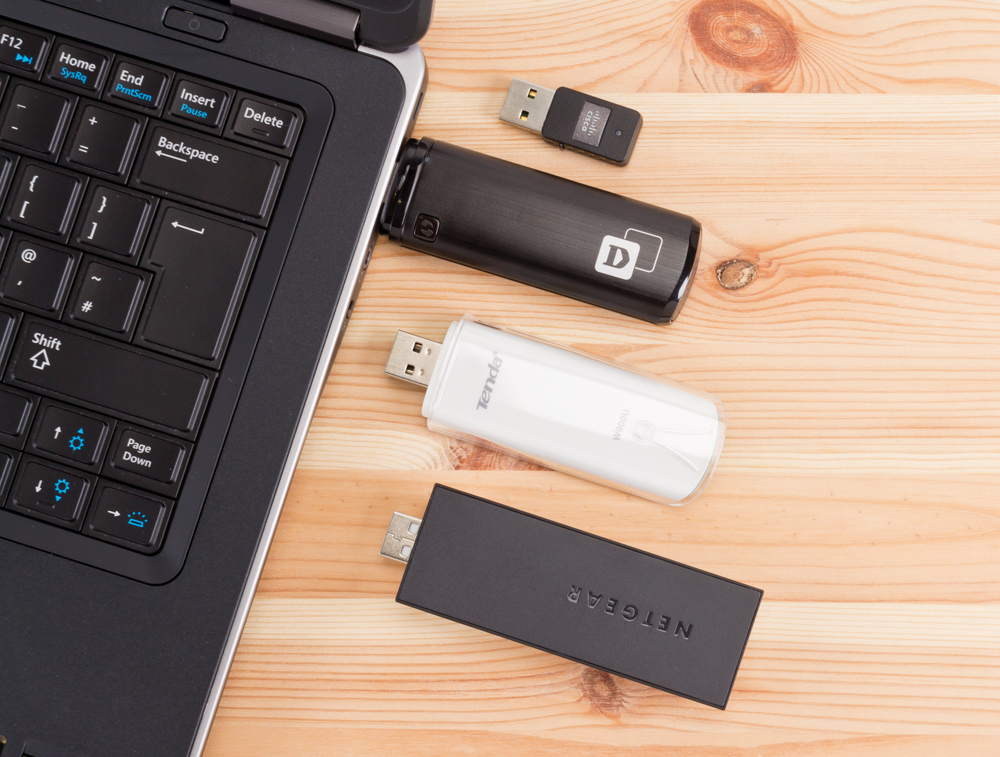 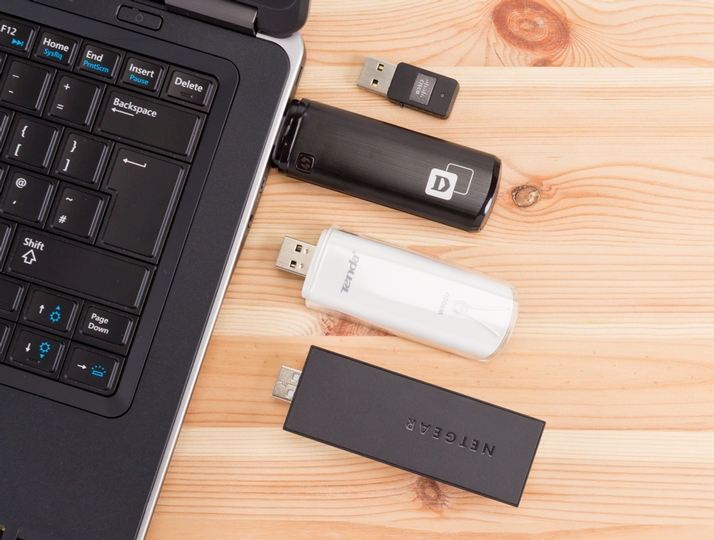 Wireless AC, or 802.11ac, technology is the up-and-coming replacement for the 11n wireless that currently runs the world. It’s been available for well over a year now, but most laptops already in circulation can’t take advantage immediately as 11ac requires a whole new wireless receiver module. Even now, almost two years after launch, only a fraction of laptops produced in the past six months have 11ac wireless capability – most still rely on the commonplace 802.11n Wi-Fi. Also see: all Wi-Fi and networking reviews

However, you can get a taste of 11ac wireless performance on any Windows laptop, with the help of a USB adaptor built for the new upcoming standard. To feel the benefit of increased throughput, you’ll need a multiple-antenna setup. Modern laptops usually have their aerials arranged around the inside of the screen or along the hinge, and having them as far apart as is physically possible improves reception. That’s not so easy with a small dongle, though, which typically has one or two antennae inside.

The headline feature of 802.11ac networking is its ‘gigabit wireless’ capability. This isn’t the same as 1Gb/s (gigabit per second) of eal throughput, as is close to the case for gigabit ethernet, even on laptops employing up to three antennae.

The good news is that these devices still have the potential to unleash decent Wi-Fi performance thanks to revised technologies in the 11ac specification, such as beamforming and higher-density modulation schemes than found in 11n.

The beamforming technology allows the router to detect the approximate location of the wireless client, typically a laptop, and boost the signal in that direction. High-density modulation such as 256-QAM in 11ac allows the data transmission of the signal back and forth to be adapted to provide a greater throughput.

In real-world use, you should certainly expect to see faster and more robust connections at greater distances than was possible with short-range 5GHz version of 11n, and even the more common and literally pervasive 2.4GHz 11n Wi-Fi.

These adaptors can add wireless 11ac compatibility to any Windows based system (XP to Windows 8), but note there are currently no drivers for other operating systems such as Apple’s OS X or Linux.

To test the performance of these dongles, and especially their performance at range, we checked the data throughput under different conditions.

In all the tests, the 11ac adaptor was compared against the wireless performance of an 17in Apple MacBook Pro (early 2011) with an internal 802.11n mini-PCI card that uses a 3×3 MIMO antenna setup. For the main tests, both the 11ac dongles and the 11n laptop were set to the 5GHz frequency band. The wireless router was a TP-Link AC1750 router, which has three external 5dBi antennae to provide a good three-stream radio signal.

The first test was conducted at a distance of 1m between the router and adaptor, to determine maximum possible throughput at short range. Our second test was at an 18m distance to check performance at range, with the lapop taken outside and the router stationed at a fifth-floor window. Finally, we tested at a much further 82m distance to see how each coped with extreme range.

Additionally, as all 11ac wireless adaptors are backwards compatible with older 11n and earlier standards, we also test each USB adaptor using the more common 2.4GHz 11n system, to ensure each would work with older routers.

With the help of a relatively affordable USB dongle, costing between £25 and £50, it’s possible to experience more than a taste of the benefit of 11ac Wi-Fi on an older computer. Those benefits run to faster networking speed at close range, enabling a lower-cost single- or dual-antenna USB dongle to compete with the very best three-antenna (3×3 MIMO) arrangement of a high-end laptop. Additionally, 802.11ac can maintain decent network speed at greater range, here surpassing the performance available from the best 11n setup.

There are some caveats, though, to adding an 11ac USB adaptor. First is the obvious – to benefit from 11ac, you’ll need an 11ac wireless router, typically costing upwards of £100.

At present all the available USB adaptors we’ve seen from a range of manufacturers are using the same essential innards, based on chipsets from ‘5G wireless’ sponsor Broadcom. So there’s little to differentiate between them in their characteristics, other than external casing and sometimes arrangement of the aerials. Using reference designs there’s little innovation among the manufacturers, and all rely on the same available software drivers, limiting support to just Windows at present.

Physically, using a dongle there’s the inconvenience of keeping an often long and fragile stick jutting from your laptop, sometimes with unsightly antennae.

All of the adaptors tested were based on USB 2.0, with the exception of the Asus USB-AC56, which used USB 3.0. For most units this was not such a restriction, given the real-world capabilities of even the latest Wi-Fi – remember that USB 2.0’s stated speed is 480Mb/s, but has a real speed closer to half that figure, at 240Mb/s.

A two-stream ‘867Mb/s’ 11ac arrangement might be able to provide around 300Mb/s in actual real user-data throughput, so last century’s USB protocol won’t be cramping 11ac’s style as much as it first appears. And the latter Asus unit with its USB 3.0 interface was barely ahead of its USB 2.0 counterpart, the USB-AC53. But a USB 3.0-based dongle can only be a good idea as 11ac matures.

To choose between the group here, the Tenda deserves the value prize and Best Buy award as it offered decent performance up close and at range, and is half the price of most of the competition. The Recommended award goes to the Asus USB-AC56, which performed the best in wireless tests. It has a versatile external aerial option, but was also the most expensive at £58.