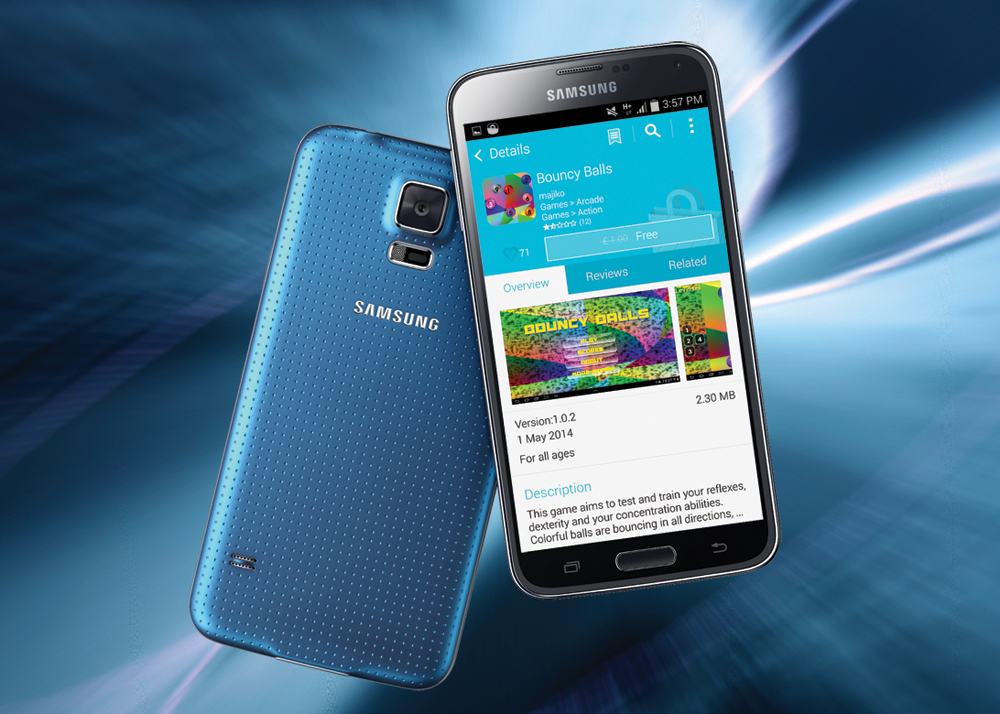 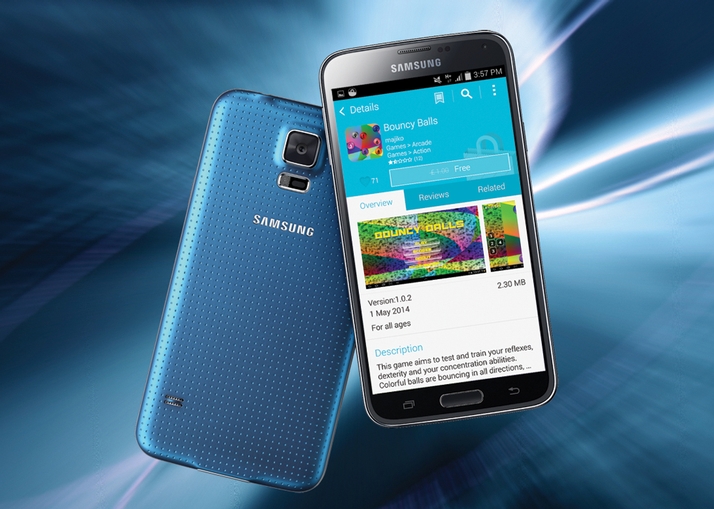 Smartphones and tablets in Samsung’s Galaxy line-up not only have access to Google’s Play app store, but you can download apps from Samsung’s own portal and other sources, too. Here’s how to download apps on a Samsung Galaxy phone or tablet.

Also see: The best smartphones of 2014

Download apps on a Samsung Galaxy from Google Play

Downloading apps from Google Play is simple. Provided that you’ve already set up a Google account on your phone or tablet, you’ll simply need to accept the terms and conditions the first time you launch the Play store app, then start downloading whichever apps take your fancy. Also see: The best tablets of 2014.

Launch the Play store app on your Samsung Galaxy phone or tablet, then select Apps from the six categories listed at the top of the screen (also here you’ll find Games, Movies & TV, Music, Books and Newsstand). Alternatively, if you have a particular app in mind, tap the magnifying glass icon at the top right of the screen and begin typing in its name. Also see: Samsung Galaxy S4 vs Samsung Galaxy S5 comparison review. 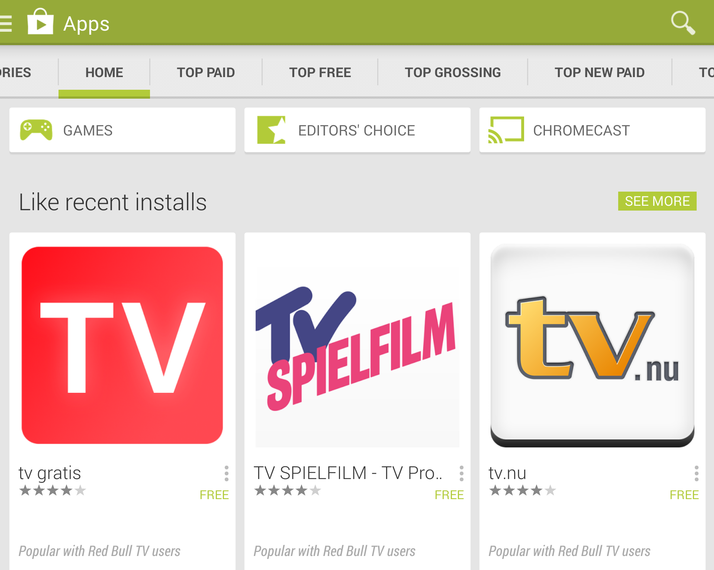 Within the apps category are yet more categories to fine-tune your search. Swipe left from the Home screen to view the various categories (for example Business, Education or Entertainment), or swipe right to view the Top Paid, Top Free, Top Grossing, Top New Paid, Top New Free and Trending apps. On the Home screen you’ll also find links to Games and Editor’s Choice apps. Top Free is an ideal place to begin your search; if you want to purchase apps you will need to have a credit- or debit card associated with your Google account. See more Google Android How tos on PC Advisor.

Now scroll down the list of available apps and find one that interests you. To select it, simply tap on the app.

On the next screen you’ll see some screenshots of the app, along with its file size, star rating, number of downloads, a description, a list of any new functionality recently added to the app, user reviews, and a list of similar apps, those from the same developer, and those other users have also installed. The user reviews in particular can be very helpful in making your decision of whether or not to download an app – just bear in mind that most people are more willing to complain when something goes wrong than they are to give the developer a pat on the back when the app meets their needs. 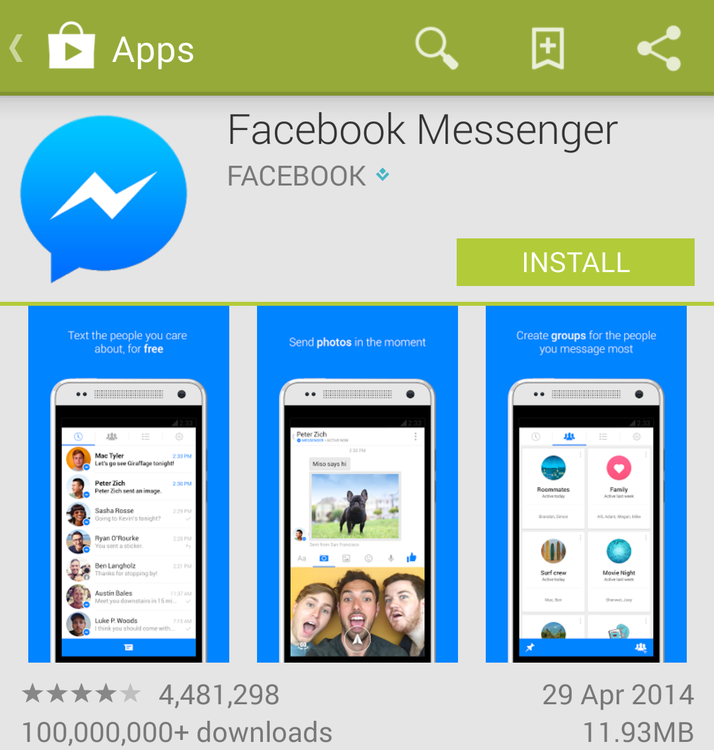 Having done all this, if you’re happy that the app meets your needs, and you wish to install it on your Samsung Galaxy smartphone or tablet – or any other Android phone or tablet, for that matter, scroll up to the top of the screen and tap the green Install button.

Before you can begin downloading an app to your Samsung Galaxy you must accept the App permissions. These are important: take your time to carefully read what access to your data is requested by the device, and if anything rings an alarm bell – for example, a reference app that wants to access your contacts – don’t download it. It’s always better to be safe than sorry. 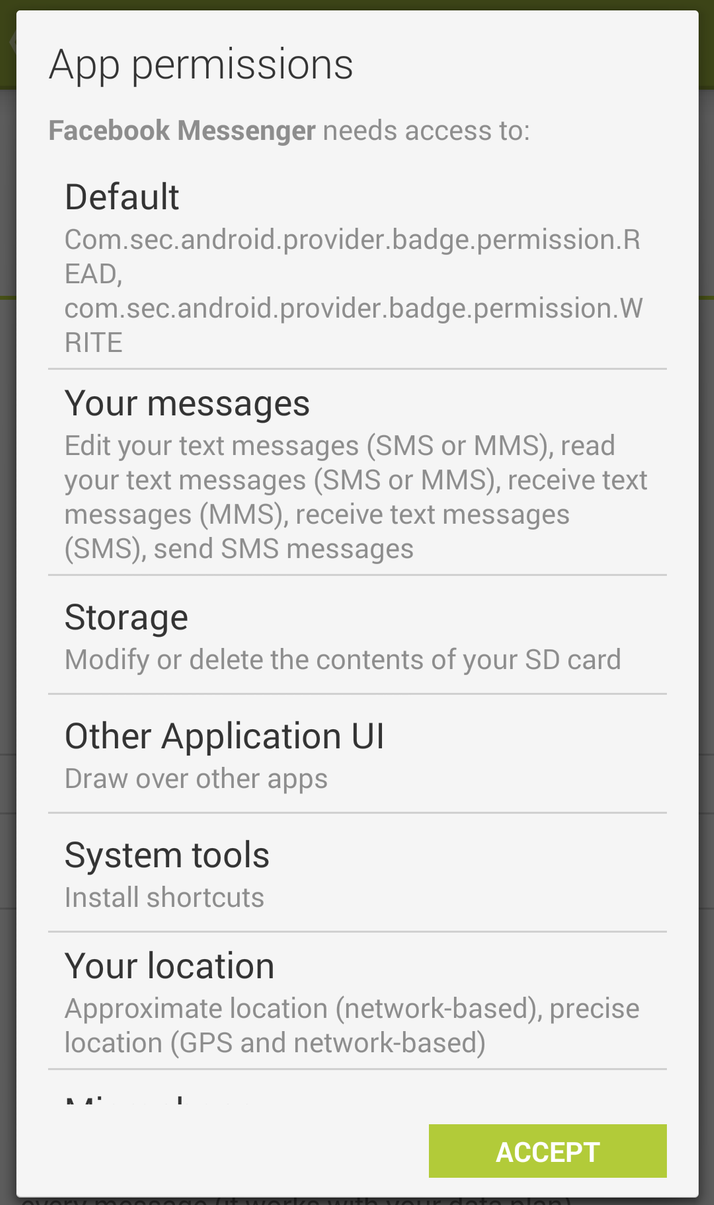 If you’re still happy tap Accept. The app will begin downloading to your device. It will automatically install itself, and typically place a shortcut icon on your home screen. If one doesn’t appear, simply find it in your Apps menu to launch the app.

Download apps on a Samsung Galaxy from Samsung Apps

Samsung also offers its own app store – Samsung Apps – on Samsung Galaxy phones and tablets. Why do you need this as well as Google Play? Well, you don’t really, but you’ll often find special deals here that are exclusive to Samsung Galaxy owners – typically reduced-price or free apps that would accrue a fee in Google Play. Find Samsung Apps within your Apps menu and tap on the icon to launch the store. 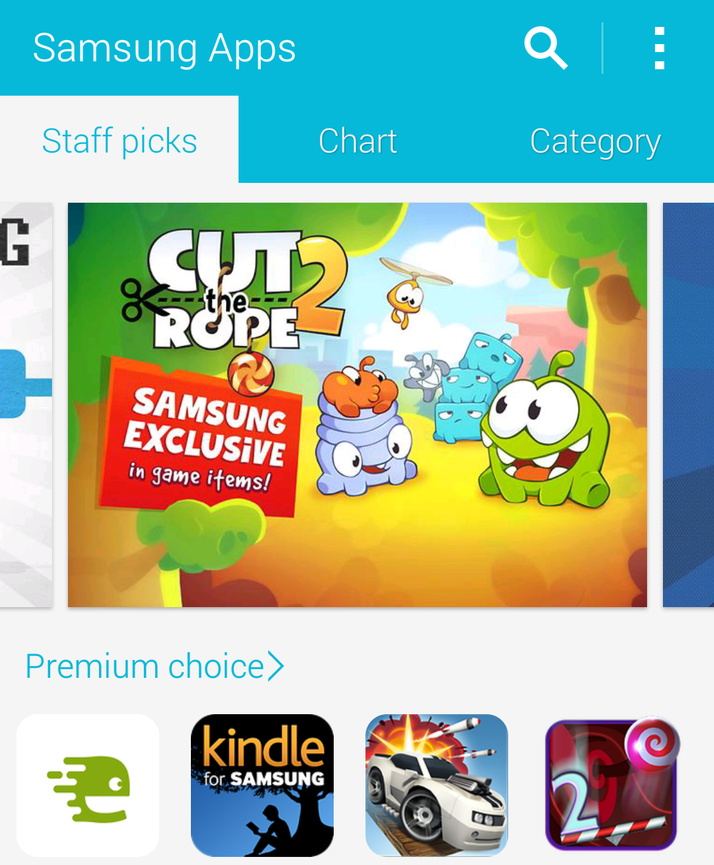 On the Home screen you’ll find Staff picks, Premium choice and featured apps. A Chart tab lets you see the Top games, Top paid, Top free, and Top new apps on Samsung’s store, while you can use the third tab to search by category. As with Google Play, a magnifying glass at the top right of the screen lets you search for an app by name.

Once you’ve found an app you like, tap on the app to open it, then tap on its price button. If this is the first time you’ve used Samsung’s app store you may be required to sign into a free Samsung account. A pop-up will list the app permissions; tap ‘Accept and download’ if you’re happy to go ahead, or Cancel if you’re not. The app will then be downloaded and added to your App menu. 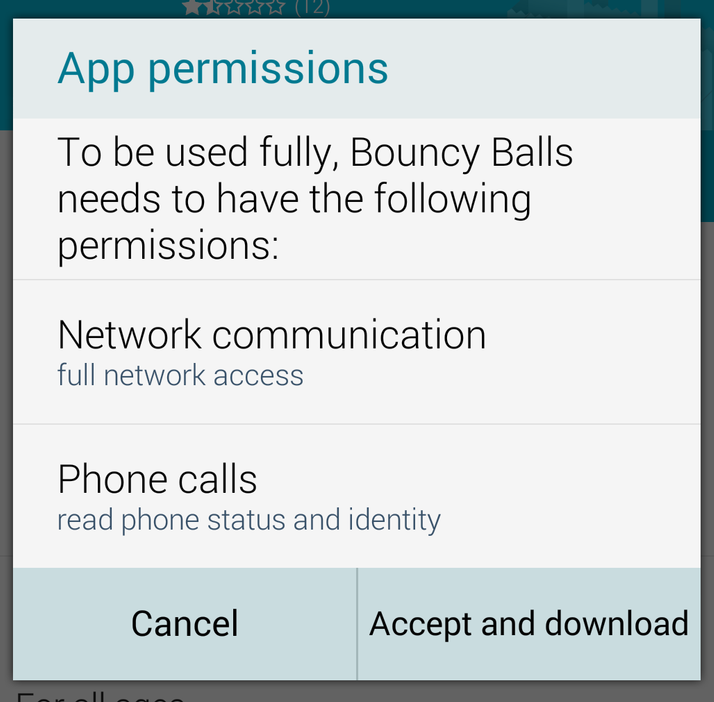 One of the attractive things about Android is that it doesn’t lock you in to Google’s Play content store. Indeed, not only can you also download apps from Samsung Apps, you can download them from other third-party stores, too.

By default, however, this permission is disabled. In order to download apps on your Samsung Galaxy from places other than Google Play and Samsung apps, open your Settings menu and choose the More tab. Now select Security, scroll down to the Device administration section, then tick the box next to ‘Unknown sources’. You should note, however, that you download apps from elsewhere at your own risk. Now might be a good time to ensure you have a decent antivirus app on your Samsung Galaxy phone or tablet – see Best Android antivirus apps. 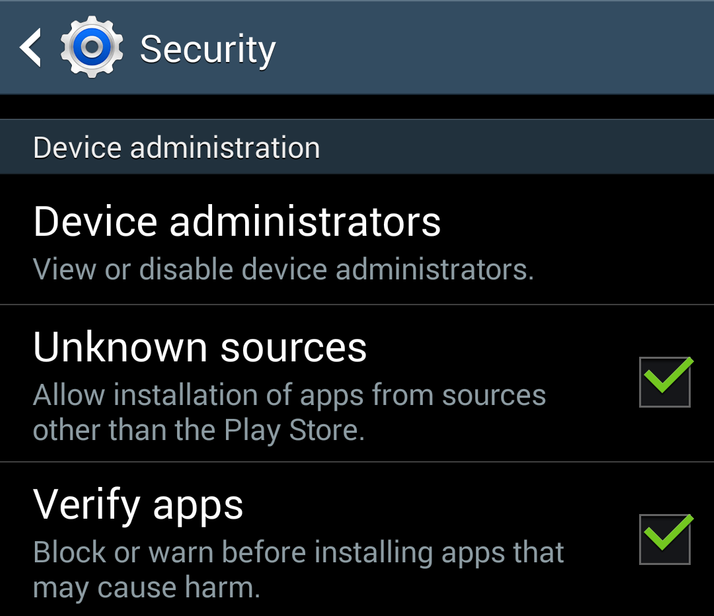 How you go about downloading apps to your Samsung Galaxy from a third-party content store or aggregator app will depend entirely on the app in question.