The Surface Pro 3 went on sale on 20 June 2014 in Canada and the US while it started shipping in the UK on 27 August. We’ve updated this article because the Surface Pro 4 has been announced but the Pro 3 remains on sale so you can now get it at a lower price – see below.

In the UK, the Surface Pro 3 originally started at £639 for base model with a total of five different models reaching £1,549. Now the Surface Pro 4 has been announced and will go on sale shortly, Microsoft has given the Pro 3 a price cut so it now starts at £549 – remember that the new Pro 4 Type Cover is compatible.

Here are full pricing details correct as of October 2015:

Get the Surface Pro 3 at the new lower price from the Microsoft Store.

Microsoft says the optical stack – i.e. the LCD screen and digitiser – is the thinnest ever at just 0.75mm. What this means is that when you use the optional stylus (Surface Pen), the pen tip virtually touches the ‘ink’, making writing and sketching much more natural.

Touching the new Surface Pen to the screen when the Surface Pro 3 is in sleep mode wakes it and launches OneNote so you can immediately take notes. Plus, you can click the button on the pen to send the note to OneDrive. 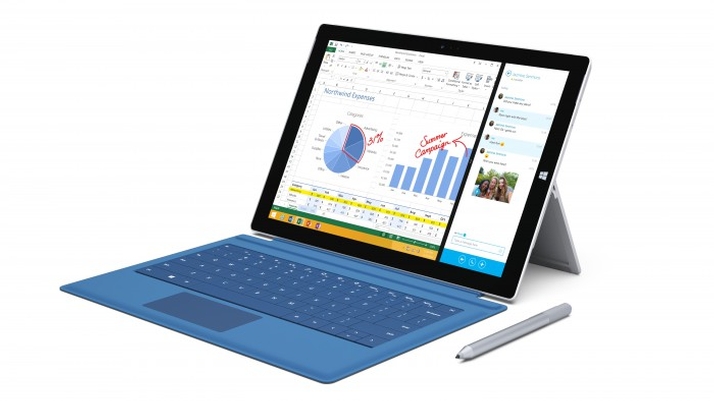 The Surface Pro 3 is claimed to be 10 percent faster than the Surface Pro 2, and it can also drive a 4K monitor via the optional docking station. The tablet itself has a Mini DisplayPort output.

Microsoft has redesigned the fan to make it 30 percent more efficient than any other current fan and integrated a perimeter vent so air escapes all around the edge of the device. It’s said to be completely silent, with no detectable air flow.

There are front-facing speakers which are 45 percent louder than before, and you also get a USB 3 port. There’s also a microSD card slot, 802.11ac Wi-Fi, Bluetooth 4.0 LE and a TPM 2.0 chip.

There are front and rear-facing cameras, capable of 1080p video and 5Mp photos.

Sensors comprise an accelerometer, gyro and magnetometer, plus an ambient light sensor. There’s no built-in GPS. 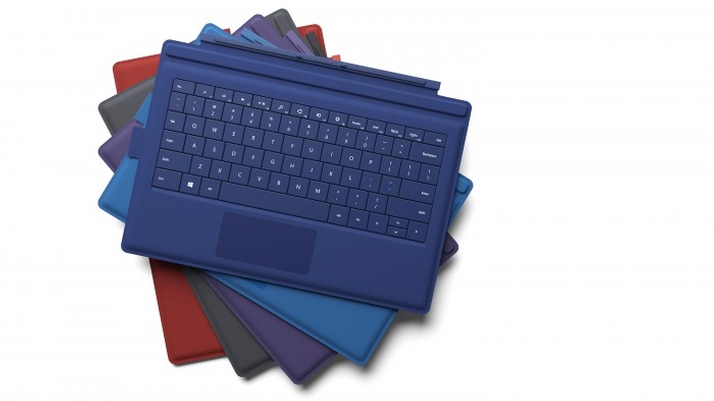 A new Type Cover has been designed for the larger tablet. It’s easier to type on, and importantly has a 68 percent larger touchpad (the previous Type Cover for the Surface Pro 2 was widely panned for its tiny, useless track pad). It will come in a variety of colours. A subtle but important feature is a magnetic hinge which flips up and attaches to the bottom bezel of the Surface Pro 3. This is said to make it much more rigid, helping when using the tablet on your lap. 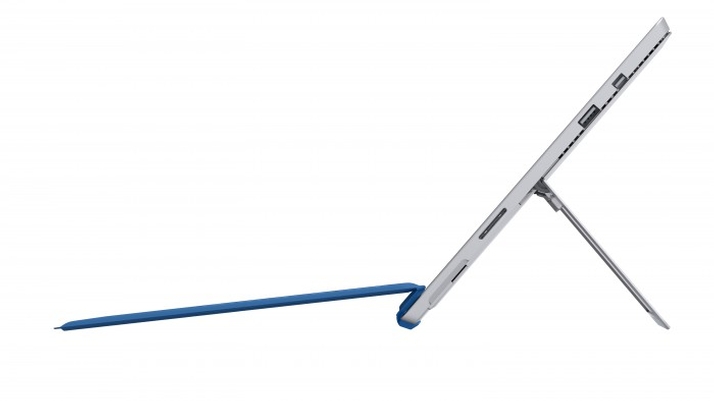 Microsoft recently launched Windows 8.1 Update and announced its Surface 2 tablet with 4G support is coming to the UK on 8 May.