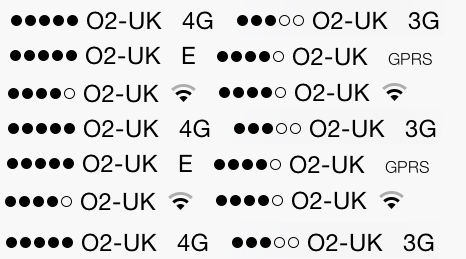 We all know that the little blobs or bars in the top-left corner of our smartphone displays indicate the level of signal strength we have when making a phone call. But what are the cryptic letters that are seen next to them? What is GPRS, E, 3G and 4G on the iPhone, Android or Windows Phone?

GPRS, E, 3G and 4G are all indicators of signal strength for downloading and uploading data to your smartphone – for browsing the web, sending/receiving emails, watching videos, etc. This is not the same as the signal strength of actual, old-fashioned phone calls, but the speed with which you can download or upload data using your iPhone, Android phone or other smartphones.

If you see nothing next to the call-strength bars that means you’re out of luck when it comes to downloading or uploading any data. You need to move to a location with better data signal strength or find somewhere that will let you share its Wi-Fi.

Wi-Fi on your smartphone

This is potentially the best and cheapest data delivery mode you’ll get using your smartphone. It can be super fast, and it can be terribly slow, depending on the connection and the number of people using that Wi-Fi source. It won’t use up any of your smartphone contract data allowance, so – unless you have to pay for it – it should be free, and will usually be pretty fast.

What does the GPRS stand for on a phone’s data signal strength?

One step up from no data signal at all is GPRS, which stands for General Packet Radio Service. Wikipedia defines GPRS as a “best effort” service and “a packet oriented mobile data service on the 2G and 3G cellular communication system’s global system for mobile communications (GSM).”

Depending on who you believe in 2G systems GPRS provides data rates of 35–171Kilobits per second (Kbps). 2G cellular technology combined with GPRS is sometimes described as 2.5G. It provides slow-speed data transfer, by using unused time division multiple access (TDMA) channels in, for example, the GSM system.

All you need to know is that GPRS means you might eventually get a webpage to load or an email or iMessage to send, but it will probably take longer than you have patience for.

What does the E mean on a phone’s data signal strength?

The E stands for EDGE (Enhanced Data rates for GSM Evolution). This is a step up from GPRS and can reach speeds between 120Kbps to 384Kbps. This was the original iPhone’s top data network speed. Now it’s met with a sigh because it means where you’re standing doesn’t have an 3G or 4G signal. Still, it’s better than GPRS, eh!

What does the 3G mean on a phone’s data signal strength?

The 3G standard uses a technology called UMTS (Universal Mobile Telecommunications System) as its core network architecture. It first saw the light of day in 2001. This network combines aspects of the 2G network with some new technologies and protocols to deliver a significantly faster data rate.

It was so amazingly fast that Apple bolted the name onto its iPhone, so we have the iPhone 3G and later 3GS. Possible 3G speeds are 384Kbps to 2 Megabits (Mbps). There’s another brand of 3G called HPSA, that’s sometimes dubbed 3.5G, which boasts potential speeds of between 600Kbps and a whopping 10Mbps, although the average is 1-3Mbps.

What does the 4G mean on a phone’s data signal strength?

4G is the current fastest data network speed you’ll see on your smartphone. Depending on signal strengths 4G can often be faster than using Wi-Fi, although more expensive the more data you use.

What’s for certain is that it’s much faster than 3G – on average about five times faster!

4G is based on the WiMAX or LTE (Long Term Evolution) systems, and has a theoretical maximum speed of 100Mbps. Don’t get too excited because you won’t ever get that fast a connection, but 3Mbps to 10Mbps is the average. If you’re really lucky you might top 20Mbps using a 4G network on your smartphone.

Different 4G bands/spectrums: There are different bands of 4G, and it all gets quite complicated. 2.6GHz 4G is the fastest, followed by 1.8GHz and 800MHz. While 800MHz doesn’t boast the same data capacity as the faster 4G bands it is better at travelling over longer distances and also at penetrating walls so provides better signal when indoors.

Who can use 4G? To get 4G your iPhone or other smartphone needs to be compatible with the service. Most iPhone 5 and 5s/5c models can access 4G speeds. Check with your carrier or with new 4G carriers who might be able to offer you a better deal.

4G subscriptions are usually more expensive than 3G but if you download a lot of data it may well be worth it. See: 4G iPhone advice.

You can’t get 4G coverage everywhere yet (about half the country should have it now), but the main carriers claim that 98 percent of the UK should have it within two years. If your area doesn’t yet have 4G and you don’t travel much to places that do then paying extra for it probably isn’t worth it! 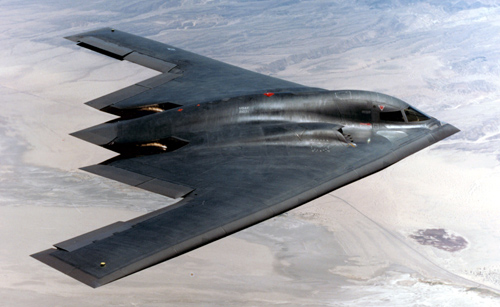 What comes after 4G? Well, 5G of course. Samsung – and no doubt other tech super giants – is working on developing a 5G network (‘mmWave Mobile Technology’) with a potential top speed of 1 gigabit per second (1Gbps). That’s 100 times faster than 4G.

“5G will be capable of providing a ubiquitous gigabit experience to subscribers anywhere and offers data transmission speeds of up to several tens of Gbps per base station”, boasts the company blog.

Before you ask, let me just dampen your enthusiasm by stating that it isn’t expected till 2020.

What’s it like? 5G will be like using high-speed stealth drones to deliver your mail for you.

Downloading stuff on your smartphone is faster than uploading content. Much faster. In tests on our sister site Computerworld we found uploading to be painfully slow. While 3G mustered a 25Kbps throughput, 4G was able to move 41Kbp  – not a terribly significant improvement. Clearly, this service is more useful for downloading large chunks of data, such as monster spreadsheets, videos and presentations, than for tasks such as uploading content to a website or sending emails bulging with attachments.